Bournemouth pulled off a deadline day coup in Norwich City whiz Todd Cantwell, QPR continued their recent surge and Han Noah Massengo is showing his value at Bristol City after the latest round of the Championship...

Looking at QPR through the autumn made me think that were they to finish in the play-offs that would be a job very well done, with the top ten a realistic minimum requirement. Rangers were doing well at that point but there were a couple of issues I thought might just scupper their plans going forward.

The first problem I saw with QPR was that they were too open. Good going forward and nice to watch of course, however as is normal with a Mark Warburton side lots of goals were flying in at both ends. The other issue was the AFCON tournament that was going to take Rangers keeper Seny Dieng and key creative player Ilias Chair out of the team for a month. I don't think either of my concerns were unreasonable, but QPR have done a grand job of debunking both theories.

Defensively we've seen a big improvement. After 12 games Rangers had conceded 20 goals at a rate of 1.67 per game, in the following 16 games they have conceded just 11 at a rate of 0.69 goals per game. The signing of experienced goalkeeper David Marshall from Derby has proved shrewd and more than adequately covered for the absence of Seny Dieng. Chris Willock's six goal contributions in five games during January means that Rangers haven't felt the absence of Chair so badly and Saturday's 4-0 thrashing of Reading was their fifth win in the last six. My autumn concerns have been worked through by QPR and with Chair and Dieng about to return, perhaps it's the play-offs that are now the minimum requirement for Rangers. 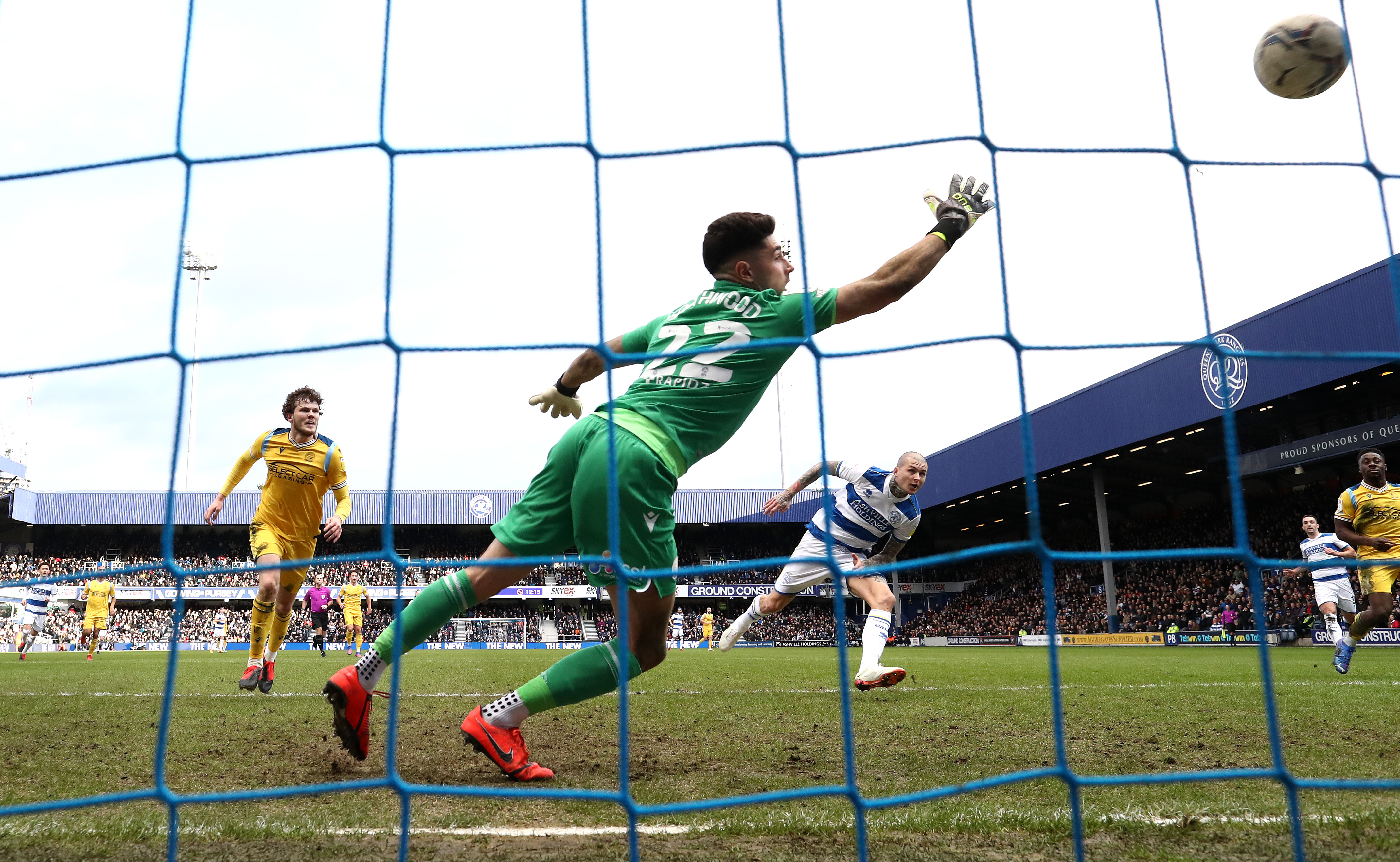 Han Noah Massengo has been somewhat of a slow burner at Bristol City. He arrived in the 2019/20 summer transfer window with the Robins able to splash the cash they'd received for the sales of Adam Webster and Lloyd Kelly. At that point City were treading a similar path to Brentford, who had sold well and were starting to invest bigger figures for the likes of Pontus Jansson, Bryan Mbeumo and decisively, Ivan Toney.

Unfortunately for Bristol City their recruitment seemed to peak around this time. Yes, Tomas Kalas is a very decent Championship centre-back, but along with him and Massengo arrived Kasey Palmer, Jay Dasilva and later in the season Nahki Wells. The strike rate when reinvesting the Webster and Kelly money was good, but not quite good enough with Bristol City up against three clubs arriving with a £45m year one parachute payment each season.

What Bristol City needed was the majority of their signings to step up, so they weren't asking a then 18 year-old newly arrived French player to carry their hopes on his back.

Fast forward to this past weekend and a now 20 year old Massengo was producing an eye-catching central midfield performance for Bristol City up at Preston. The Robins were ultimately thwarted by yet another stoppage time equaliser, but Massengo's run and assist for Antoine Semenyo's goal was highly aesthetically pleasing. He may not have been exactly what they needed right there and then in 2019, but 2022 Han Noah Massengo looks more than ready to repay that transfer fee. 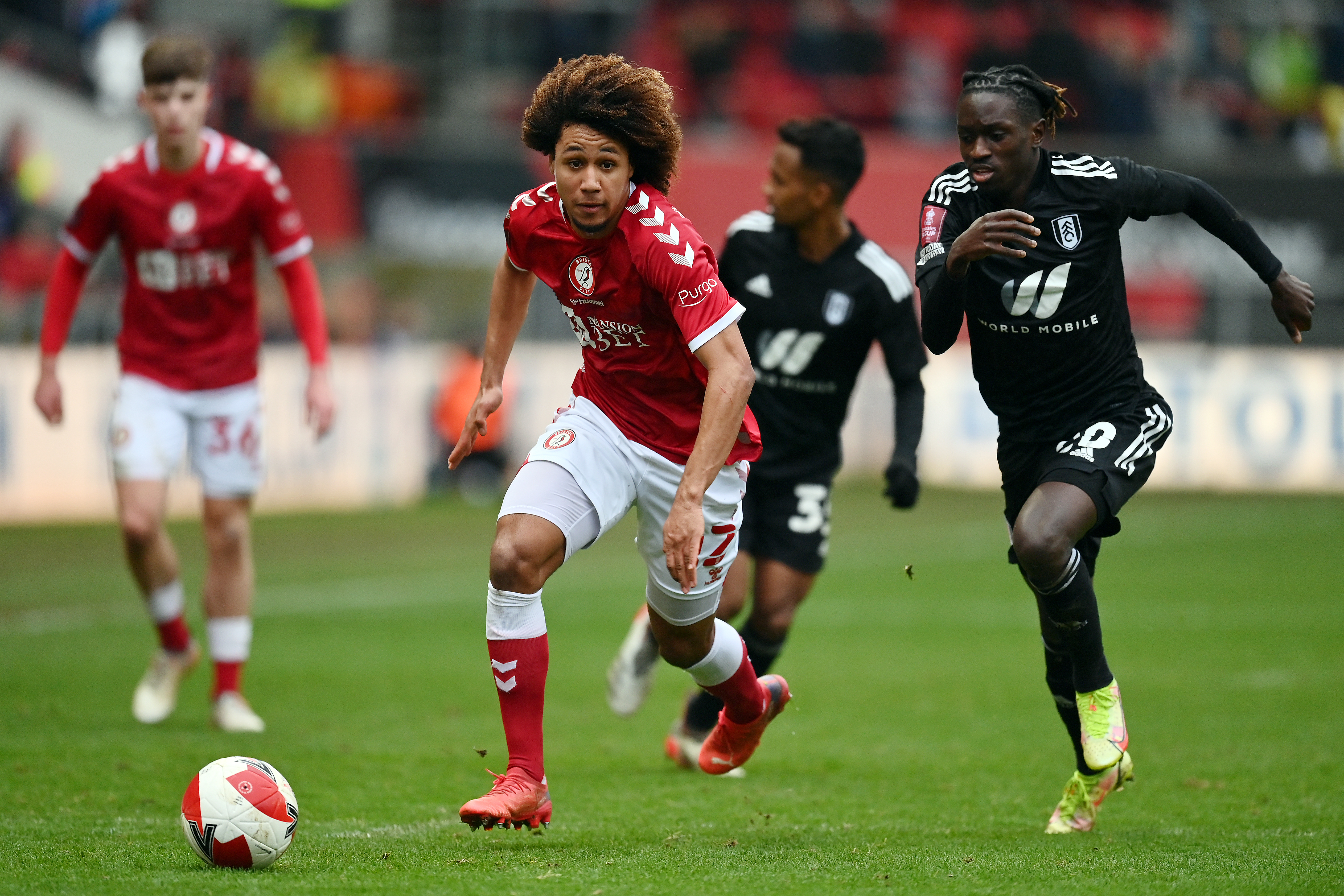 Weekend's like the last one in the Championship do no good for the reputation of the referees operating in the division. With the Premier League on a break, Sky TV broadcast four second tier games between Friday and Sunday. I covered two of them and they were both coloured with refereeing controversy.

On Friday night referee Gavin Ward had a first half to forget in the game between Huddersfield and Stoke. Josh Koroma's mistimed tackle on Taylor Harwood-Bellis did not see a card produced as the whole of the watching audience looked at the sort of replay that would guarantee a red card were VAR in situ. Koroma then obviously gave Huddersfield the lead before Tyrese Campbell was chopped down in the box for what referee Ward did not consider a penalty. I can accept a human being not seeing something or interpreting it differently to me, but surely a bit of help for referees wouldn't be the worst thing in the world when the big calls appear to be wrong.

On Sunday referee John Brooks officiated the game between Derby and Birmingham. To be fair to Brooks he had a pretty tricky task as Tom Lawrence drilled a close range shot which was deflected via the hand of Teden Mengi up and over the bar. Was the arm in an unnatural position and was the handball deliberate or not? I'm reliably informed it doesn't matter whether the ball is heading into the goal or not it has to meet one of those criteria. If Derby were unlucky there perhaps things evened out with their equaliser where Richard Stearman looked offside when he headed back for Krystian Bielik to beautifully finish in a manner that is often deemed dangerous play. Surely right or wrong is paramount here and a quick look at a video screen wouldn't be hard to implement. 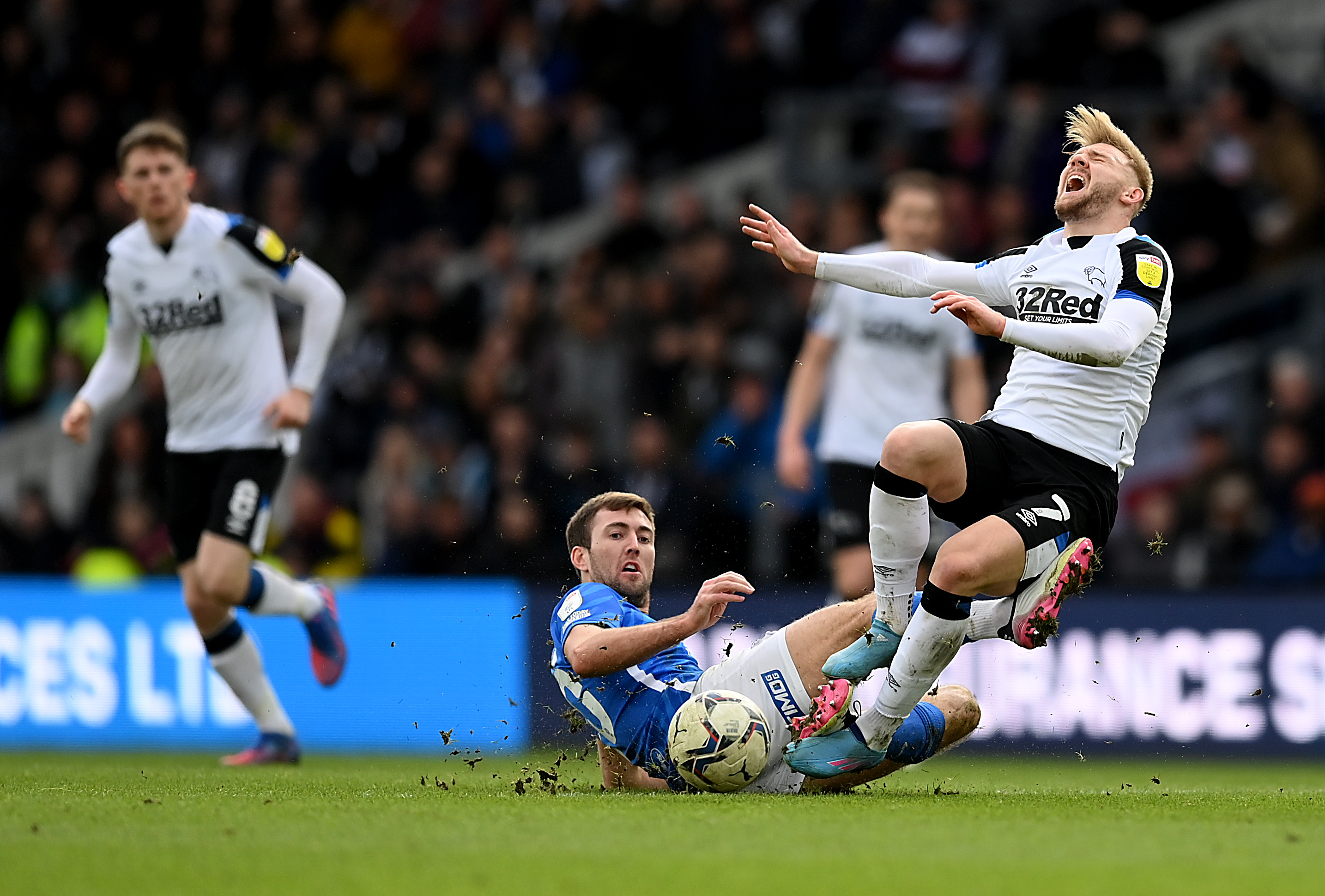 They took their time, but with about 15 minutes to go before the transfer window closed Bournemouth announced the arrival of Todd Cantwell on loan from Norwich. Cantwell was the last name in an extremely busy deadline day, following Freddie Woodman, Nat Phillips, Kieffer Moore, and Siriki Dembele into the Vitality as Bournemouth strengthened in the boldest way.

Cantwell's story at Norwich has soured somewhat since his breakthrough into the team under Daniel Farke in 2018. He was part of a brilliant side that went on to win the Championship in his first season, with that promotion being very ably assisted by a fantastic crop of young players. Max Aarons, Ben Godfrey, Jamal Lewis and Cantwell made up a fab four of youngsters, with Aarons perhaps looking the pick as he dovetailed with the magnificent Emi Buendia down the Canaries right hand side.

As Norwich went into the Premier League I suspected Cantwell may end up being loaned back down to the EFL. Far from it, he was probably the pick of the Norwich young brigade that year and picked up eight goal contributions from attacking midfield in a team that would ultimately finish bottom of the table. With Norwich back in the Championship, Cantwell survived a run-in with boss Farke at the start of another title winning season and posted a career high 12 goal contributions along the way. This Premier League season has seen Cantwell, for whatever reason, marginalised at Carrow Road and limited to just five starts.

Cantwell evidently has a lot of talent and has already proved to be a big asset for a team battling at the top of the second tier. In the short term if Scott Parker and Bournemouth can provide him with the circumstances Norwich were able to then he'll surely thrive. We'll find out in the long term whether Todd Cantwell will play out his career at the top level, or like Bournemouth and Norwich, be typecast in that no man's land just below it. 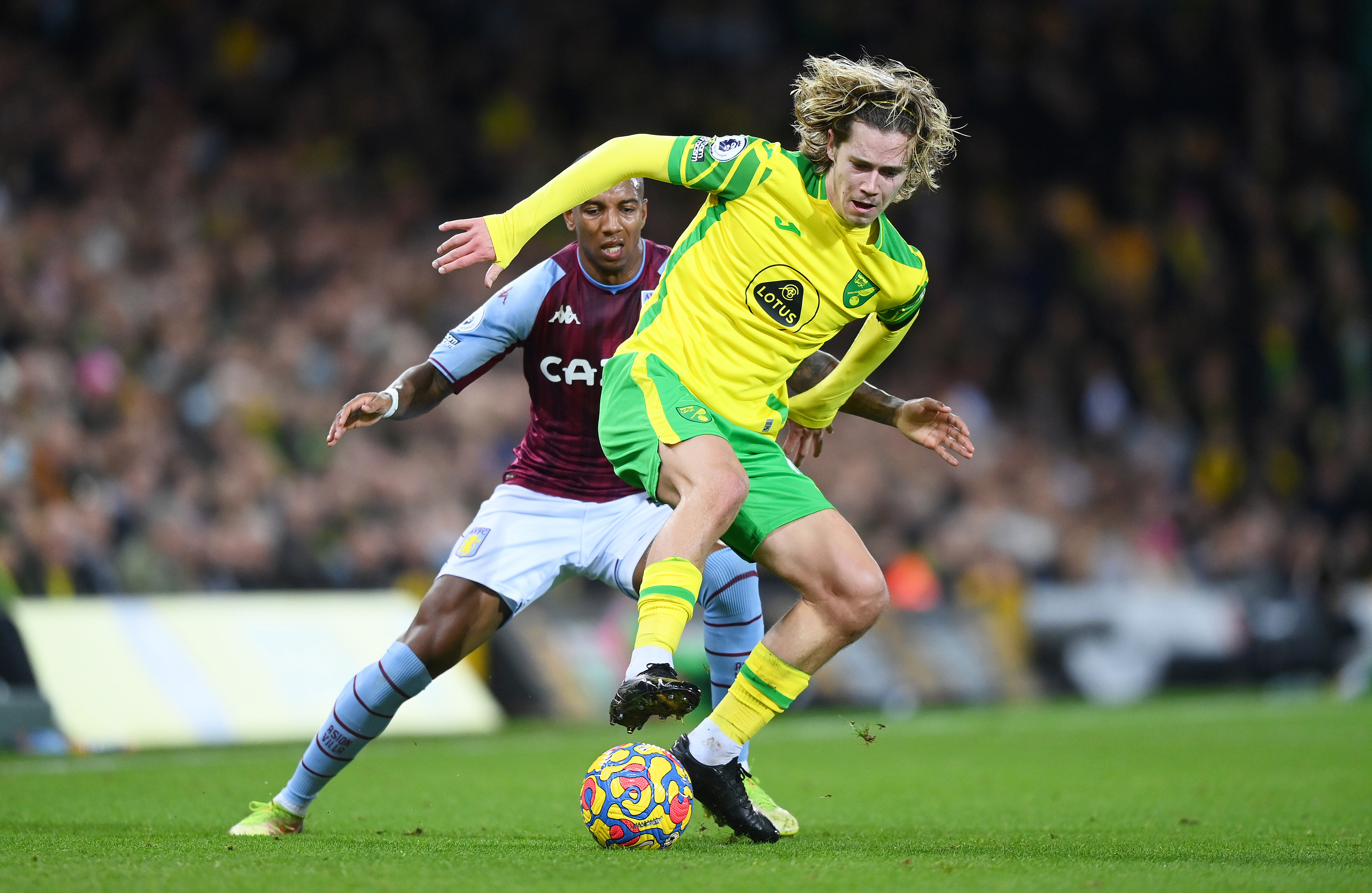