I felt moved to issue a public apology to Sheffield Wednesday striker Callum Paterson on The Benjamin Bloom Football Channel this weekend. Ok, it was tongue in cheek, but a running joke on the channel had been developing over the season regarding Paterson's apparent attempt this season to score the scruffiest collection of goals in football history. My apology was necessary after Paterson, and his Sheffield Wednesday team, demolished Cardiff 5-0 in a brilliantly uncharacteristic performance. It was the type of performance that had Owls fans asking where this team had been all season.

Paterson himself is an interesting character. Despite a few grey hairs creeping in he's only 26, and his versatility and different usage across several positions over his career make him hard to pigeon hole as a player. It was Neil Warnock at Cardiff who moved Paterson from right back, to central midfield, and eventually up front, with his physicality and ability to hold the ball vital to Cardiff's promotion in 2018.

Paterson was signed for Wednesday as a striker by Garry Monk in the close season. His strike against Cardiff was his seventh of the campaign, under four different bosses, if you count caretaker Neil Thompson's long run in the dugout after Tony Pulis left. It was a brilliant goal by Paterson, with Liam Palmer driving a cross in from the right, and Paterson arriving to volley home with the right foot. The Scotsman also set up Jordan Rhodes in the second half, as Wednesday cruised to their most comfortable win of a troubled season.

Paterson and Wednesday are still in big trouble in the bottom three. They may end up being relegated, but my perception of the team as a soft touch, and the player as a scuffy goal merchant, was debunked in spectacular fashion, for at least the time being. 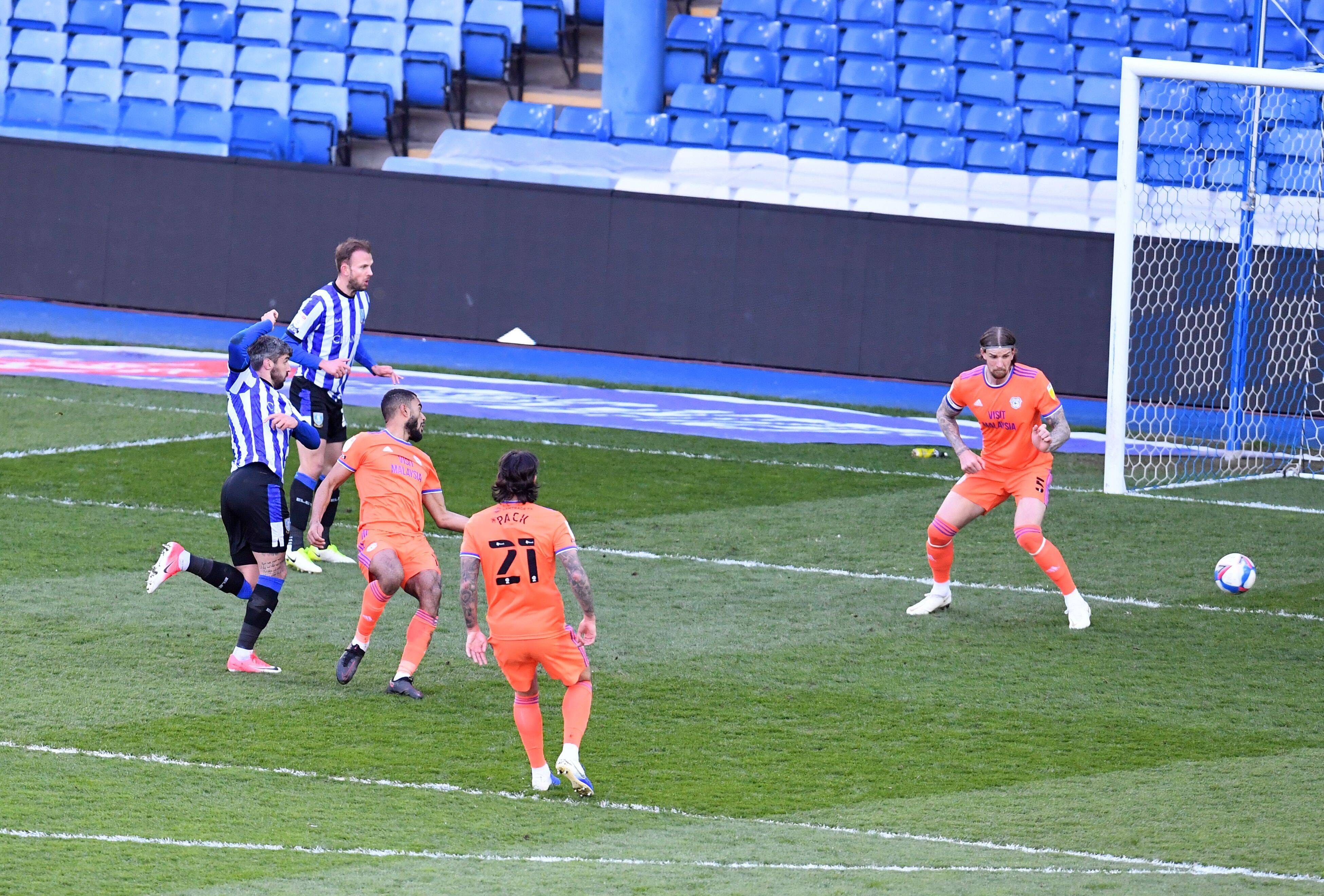 We've given Norwich plenty of plaudits this season, so before I continue let's congratulate Sheffield Wednesday and Wycombe for their excellent performances this round, which without Norwich's antics, I'd be writing about here.

I remember chatting to a Norwich friend a while back about Norwich not having recorded a big victory this season. The conversation spoke about lack of crowds, and Norwich not being the unknown quantity they were in 2018/19 and subsequently facing a lot more defensive opponents. I just checked back my text messages and can very smugly report that on the 25th February I said 'Huddersfield is the one you really could smash, open but without as many good players'.

With a rare correct prophecy, I can accurately say that a big Norwich win has been coming for a while, and Huddersfield were the most likely victims. As my text suggested, Huddersfield proved to be the perfect opponents for Norwich, as they were willing to play football where many have refused against the Canaries.

Norwich ran riot with a quick double from Pukki, superb finishes by Buendia and Cantwell, and a fifth from Dowell just before half time. There's not much point me going on about Emi Buendia anymore, it's all been said, and if he finds himself in this division ever again during his career, then something has gone seriously wrong. Buendia had the look of an adult playing football with children last night, and added another three assists and a goal to his excellent numbers. Things calmed down in the second half as Norwich added two more goals, Pukki got his hat trick from the penalty spot, and his replacement from the bench Jordan Hugill put in goal number seven from close range.

With a 17 point lead, Norwich could now be promoted as early as the weekend if results go perfectly for them. It's been a dominant season from the Canaries, and this win will go down as the most dominant performance yet. 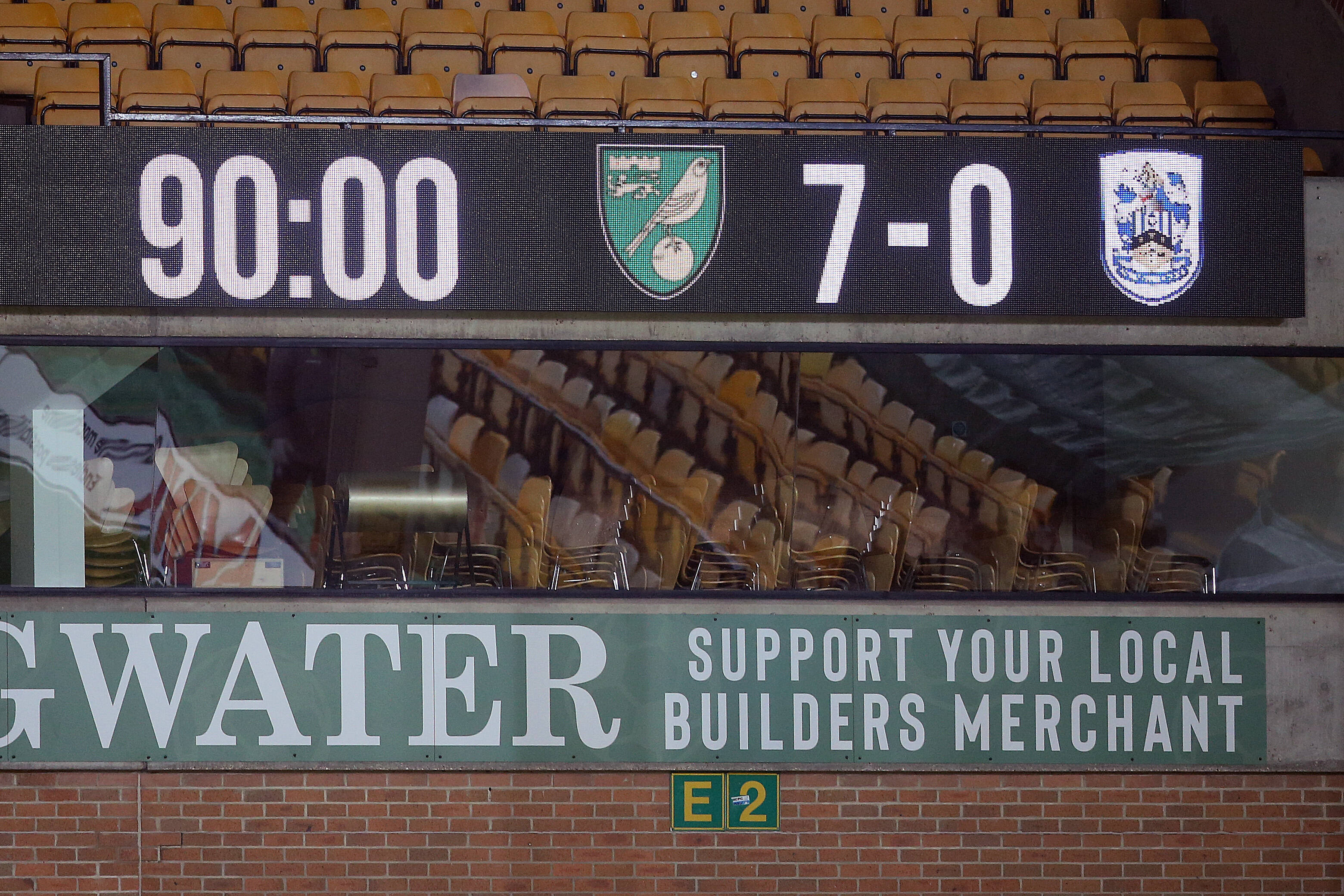 James Garner's maiden season in the Championship has improved as time has gone on. The origins were fairly predictable, a highly rated Manchester United youngster coming down to the second tier to experience first team football. However, the mid season switch of loan clubs was not the normal path for a loanee.

We've seen loan players switch clubs midway through the season very recently. Last season Chelsea's Conor Gallagher was redirected mid season from Charlton to Swansea, with Charlton relegated and Swansea finishing in the playoffs. This season Rhys Norringhton-Davies spent the first half with Luton, and then parent club Sheffield United moved him on to Stoke in January.

With James Garner it's been a move down the table that's really got things going, as he swapped Watford for Nottingham Forest in January. This is not for one minute to suggest Garner isn't good enough for the top six, but more likely that working with Chris Hughton, has been more productive than Vladimir Ivic, during his short spell as Watford boss. Since arriving at Forest, Garner has already made more appearances than at Watford and scored for the second successive game in the 3-1 win over QPR. Garner's free kick from the left hand side sailed over Dieng in the QPR goal, whether it was a shot or not only Garner will know, and naysayers will cry foul whatever he claims.

The really interesting thought now is where Garner will end up next season. He's recently turned 20, is quickly proving himself as a good Championship midfielder, and won't be in the thinking as a Manchester United first teamer quite yet. I'm sure Forest would love a second season with Garner, but it won't have gone unnoticed that their East Midlands rivals are managed by Old Trafford's all time top goalscorer. 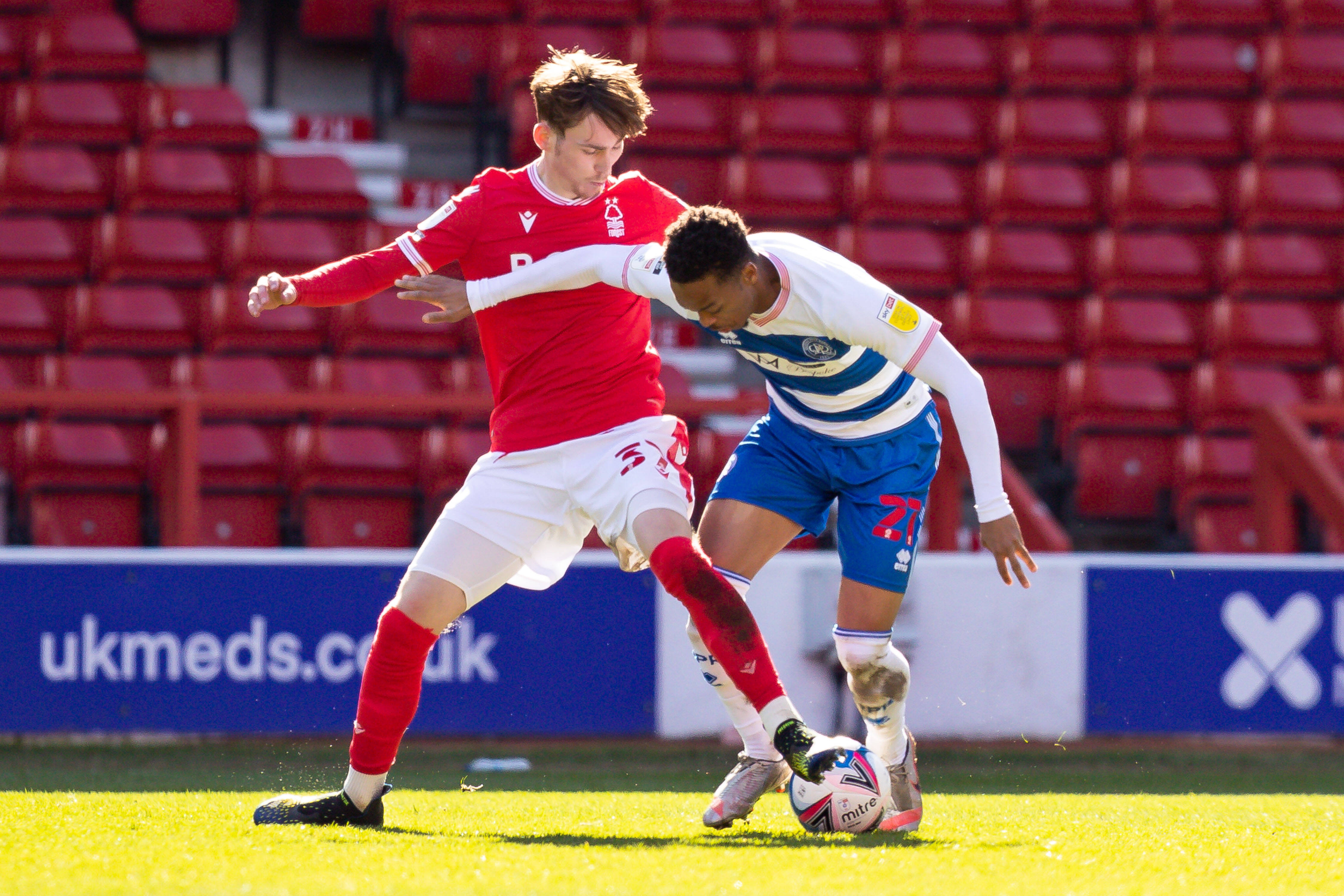 If a week is a long time in politics then four games is an eternity in the Championship. Just four games ago we were heading towards the international break and talking about the possibility of a three way shootout for second place between Watford, Brentford, and Swansea. In that time Watford have added a near perfect ten points, fellow challengers Brentford drew all their games to add four, and Swansea came off the rails with a four game losing streak and added zero point.

All of this now means Watford have a nine point advantage over Brentford in third, and ten over Swansea in fourth. The Hornets have six games to play, it's a tricky run-in with Reading, a trip to Norwich, and then rivals Brentford and Swansea, in what we assumed would be an epic final two games. The problem for neutrals wanting that epic ending to the regular season is, that if things continue this way, Watford will be promoted before those two dates we were all feverishly circling on our calendars.

What's gone wrong? Well apart from the obvious drop off in points, we've seen a previously free scoring Brentford side hit just five goals in the last six. Swansea, who had played the fine margins brilliantly for the majority of the season, have succumbed to three successive one nil defeats, two of them in stoppage time.

It feels like more hope than expectation, but for us to get an exciting automatic race, we need wins in their games in hand for both Swansea and Brentford, and then both sides to beat Watford in the head to head games to close out the season. Right now, this is all feeling unlikely, but we always have in our pocket the oft used caveat 'It's the Championship, anything is possible'. 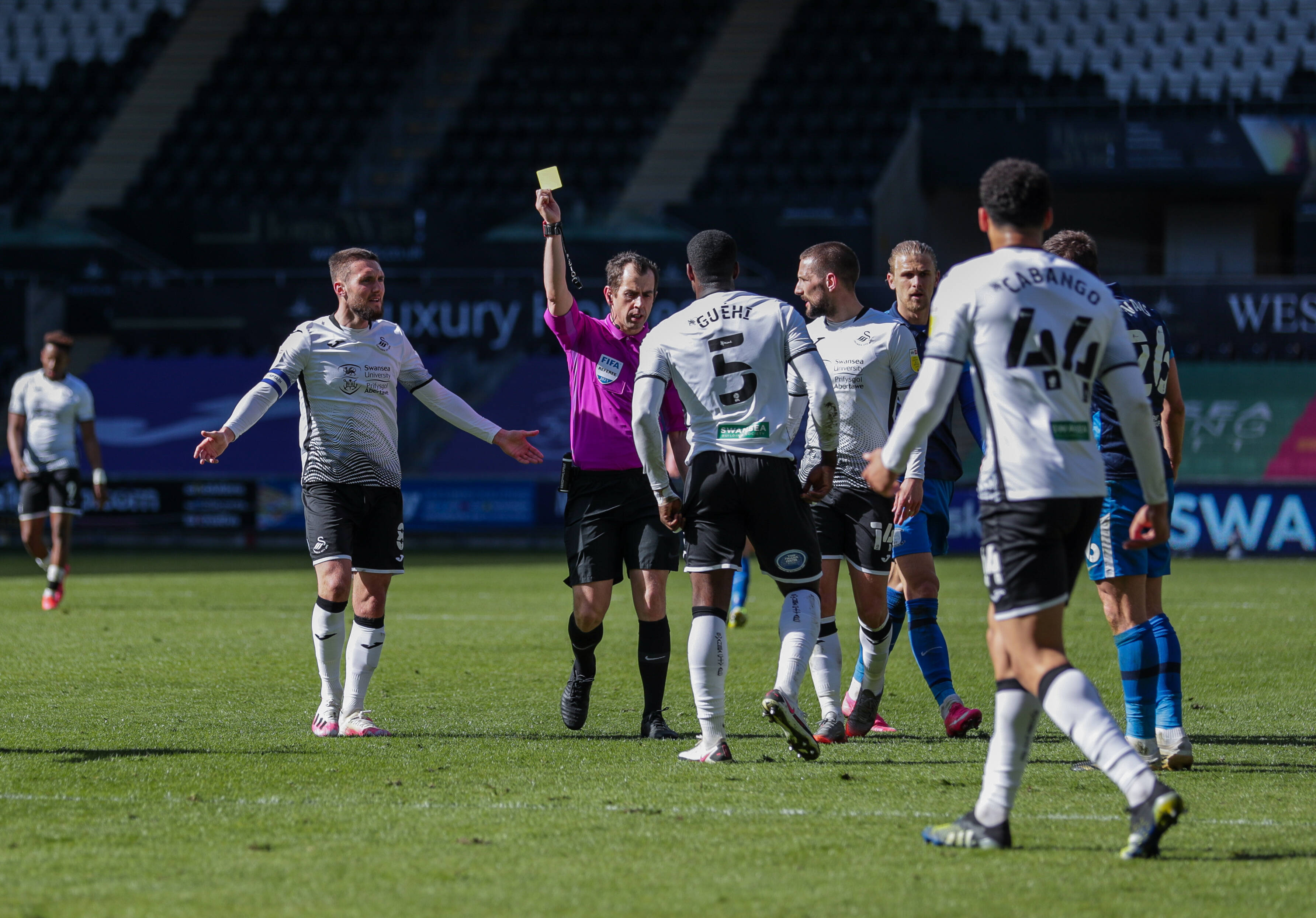 Football managers are generally charismatic, good communicators, and need to be people pleasers when it comes to fans, and most importantly players. We frequently hear that managers would never publicly criticise, or single out players, and that kind of thing is done behind closed doors. It's rare for managers to go in two footed on their players and publicly eviscerate their work, and would appear to be a 'hail mary' tactic, or desperate last throw of the dice. Does it ever work? I'm not entirely sure, and as a long suffering Ipswich Town fan, I suspiciously remember Paul Hurst calling out the remnants of Mick McCarthy's dressing room just weeks into a managerial tenure that lasted only sixteen matches.

Nigel Pearson is not Paul Hurst, there are very few similarities. Pearson was a fearsome centre half with a certain reputation that has followed him into management. His promotions at Leicester, and his part in building the legendary Premier League winning team, mean his reputation is strong. He did however pull a Paul Hurst, with an explosive post match interview after his Bristol City players lost at Coventry this Easter Monday. Only bottom of the table Wycombe have lost more games this season.

Fortunately for Bristol City, despite all the losses there are few draws, and enough points on the board to feel safe, although Pearson's interview did suggest this was not a formality just yet. I won't go chapter and verse quoting Pearson, I'd recommend viewing the interview on twitter though, as the comments beneath from Bristol City fans seem to be wholly behind his demolition of the Robins players.

Will it work? Keep your eyes on Bristol City's home game against Forest at the weekend, we'll have a better idea afterwards. 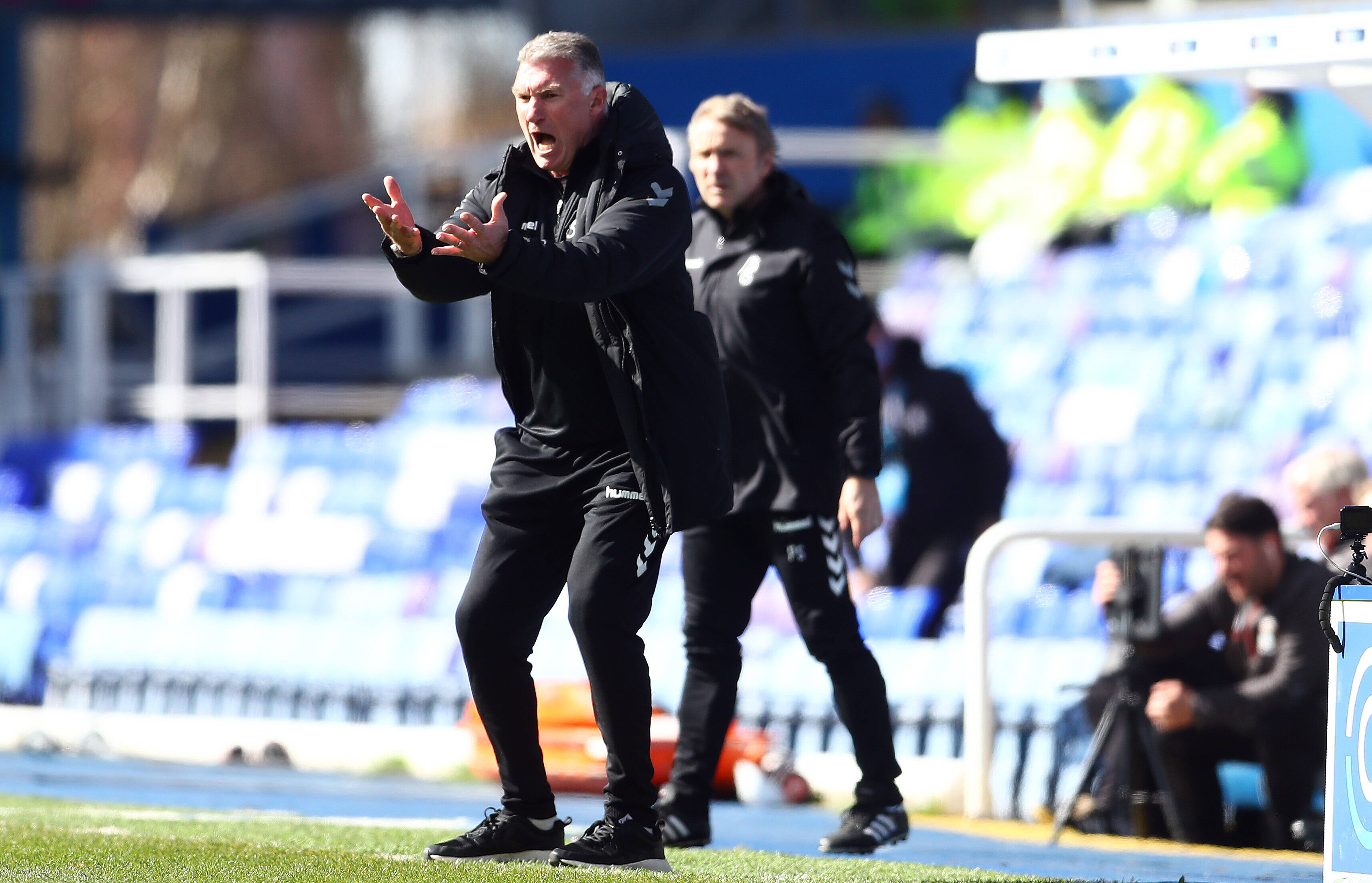