For this week's review of the Championship, Norwich City are officially up, another Leicester loanee stars and Coventry now appear safe.

In last week's column I felt the need to give Arnaut Danjuma an honourable mention, as he missed out on being my player of the week. This week I simply cannot ignore the Dutch winger, who has been a key figure in Bournemouth's current six game winning streak.

Danjuma has been in scintillating form this past month, and added another goal and assist to his seasons tally as Bournemouth crashed Norwich's promotion party on Saturday night. In his last eight Championship appearances Danjuma has accumulated seven goals and five assists, with Bournemouth moving from playoff challengers, to seven points clear of seventh placed Reading.

The Dutchman arrived at Bournemouth last season but contributed only six league starts as the Cherries were relegated from the Premier League. Big names Ake, Wilson and Ramsdale left for big fees in the summer, but Danjuma, who cost a reported £13m from Club Bruges, stayed put. Some players shrink when they're relegated, but others are able to maintain standards and dominate in the lower tier, Danjuma is fast putting himself in that category.

His goal against Norwich was another beauty, coming in off the left hand side, and with his body facing completely the wrong direction, pivoting back to arrow a long range drive into the top corner. We've spoken at length about the power a player like Buendia can have at Norwich, or Sarr at Watford, and as we move into the final rounds of the season, Bournemouth will hope Arnaut Danjuma can have similar influence on this league. 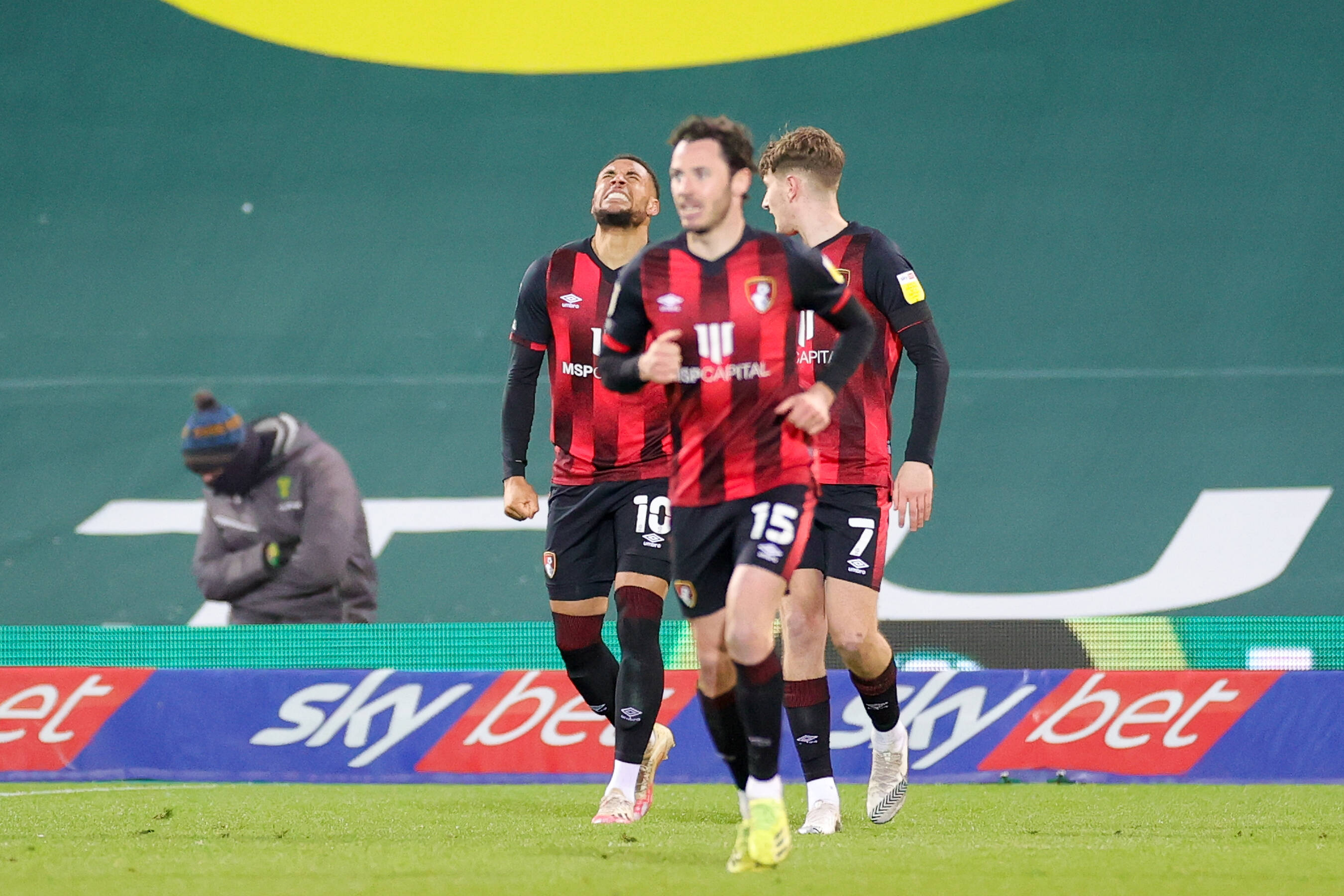 What goes on in midweek is only normally of passing concern to this column, but I'm going to make an exception this week and lump together two vital wins for Coventry City as my performance of the week. Coventry's win over Rotherham was barely in midweek, as they visited the Millers on Thursday night. Rotherham were in the midst of their Covid catch up four game week, and it was a high stakes high pressure affair, which at the time pitted 22nd against 21st.

Rotherham had already taken four points from the first two fixtures of their relentless week, but Coventry showed up with vigour and clearly wanted to make their extra energy count for something. The Sky Blues waited until the 70th minute, when Leo Ostigard stepped up to head home a Matty James set play and secured a titanic three points in this season's survival battle. Having won at Rotherham, Coventry were then the ones in a busy schedule, and faced the unrelenting pressing machine of playoff chasing Barnsley on Sunday. This time it was a 2-0 win, with Hyam half volleying the opener, and Godden making things safe late on.

Coventry have hit the accelerator pedal at the most vital part of the season, they had plateaued in the middle of the campaign, and found themselves in a head to head on Thursday that had Rotherham won, would've put them in the bottom three. It was time to stand up and be counted, and back to back wins, added onto a win over Bristol City equals three wins in four. With Coventry now up to 48 points and Rotherham's games in hand running out, although not mathematically safe, this was one giant step in the right direction. 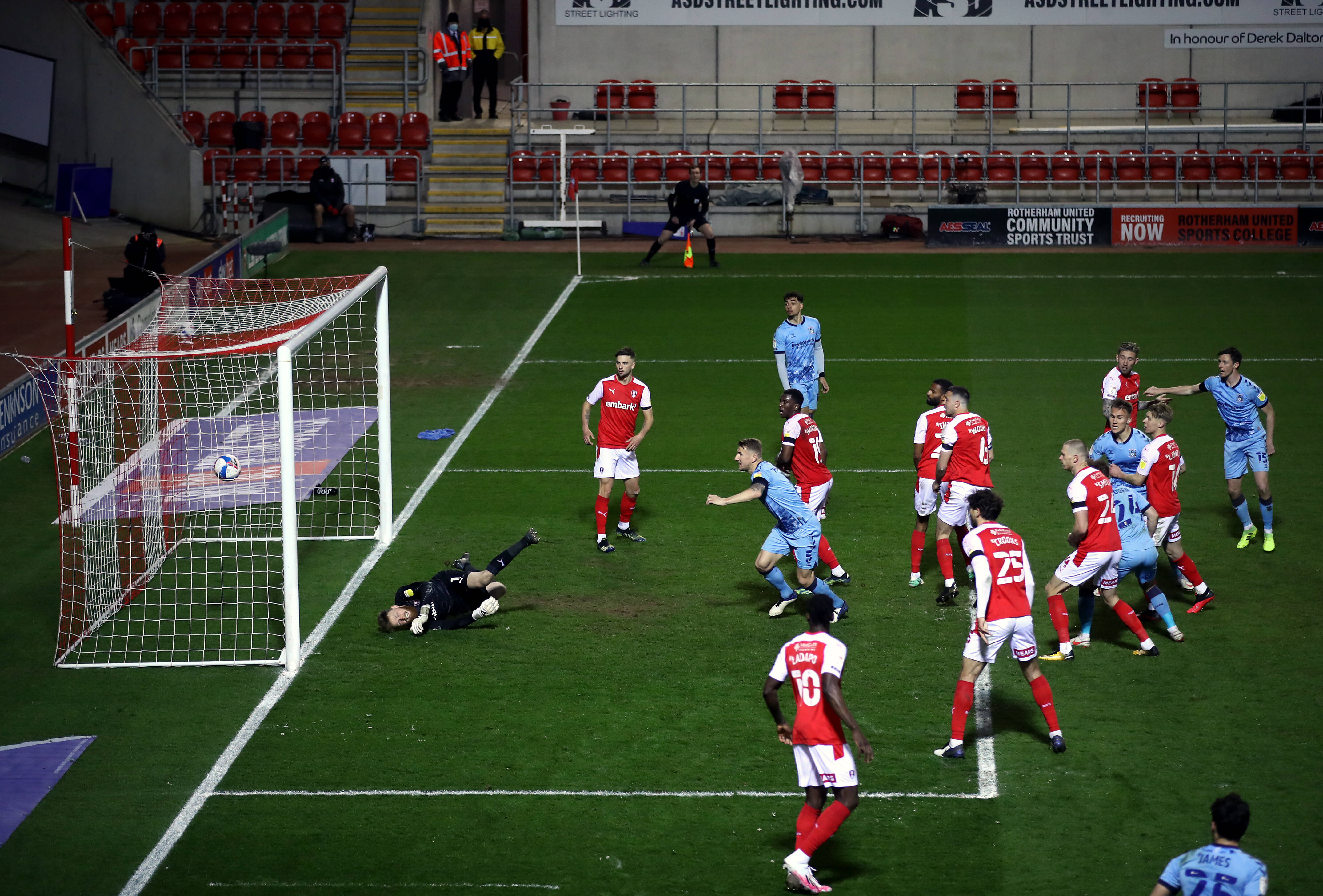 It may not be a miraculous escape for Wycombe this season, but they've certainly had a good crack at it this past month. The Chairboys have scored 11 points in their last seven games, and lead in their past two games, dropping five points that really would have made things interesting.

During this recent up turn in performance, Admiral Muskwe has been a key contributor with two goals and an assist in the past three games. Muskwe is of Zimbabwean descent, and joined on loan from Leicester in the January window, with Gareth Ainsworth perhaps lamenting the fact he didn't have him all season. As is customary at Wycombe under Ainsworth, Muskwe is a powerful and physical presence upfront, but his goal this weekend at Swansea this weekend threw in a good deal of skill too. Muskwe deftly angled a bouncing ball into Ikpeazu, and when the ball was equally skillfully returned he slammed a perfectly timed half volley into the corner from outside the box.

As is normal with teams who have been in relegation trouble for long periods of the season, much of the conversation around Wycombe concerns what will happen next season, and which players could help fire them back up to the Championship if they are relegated. With parent club Leicester currently in the Premier League top three it will be hard for Muskwe to make appearances there, so a return to the EFL next season looks likely in one guise or another. I'm sure Wycombe will be at the head of the queue, however relegation might put them a level below where Muskwe looks capable of playing. 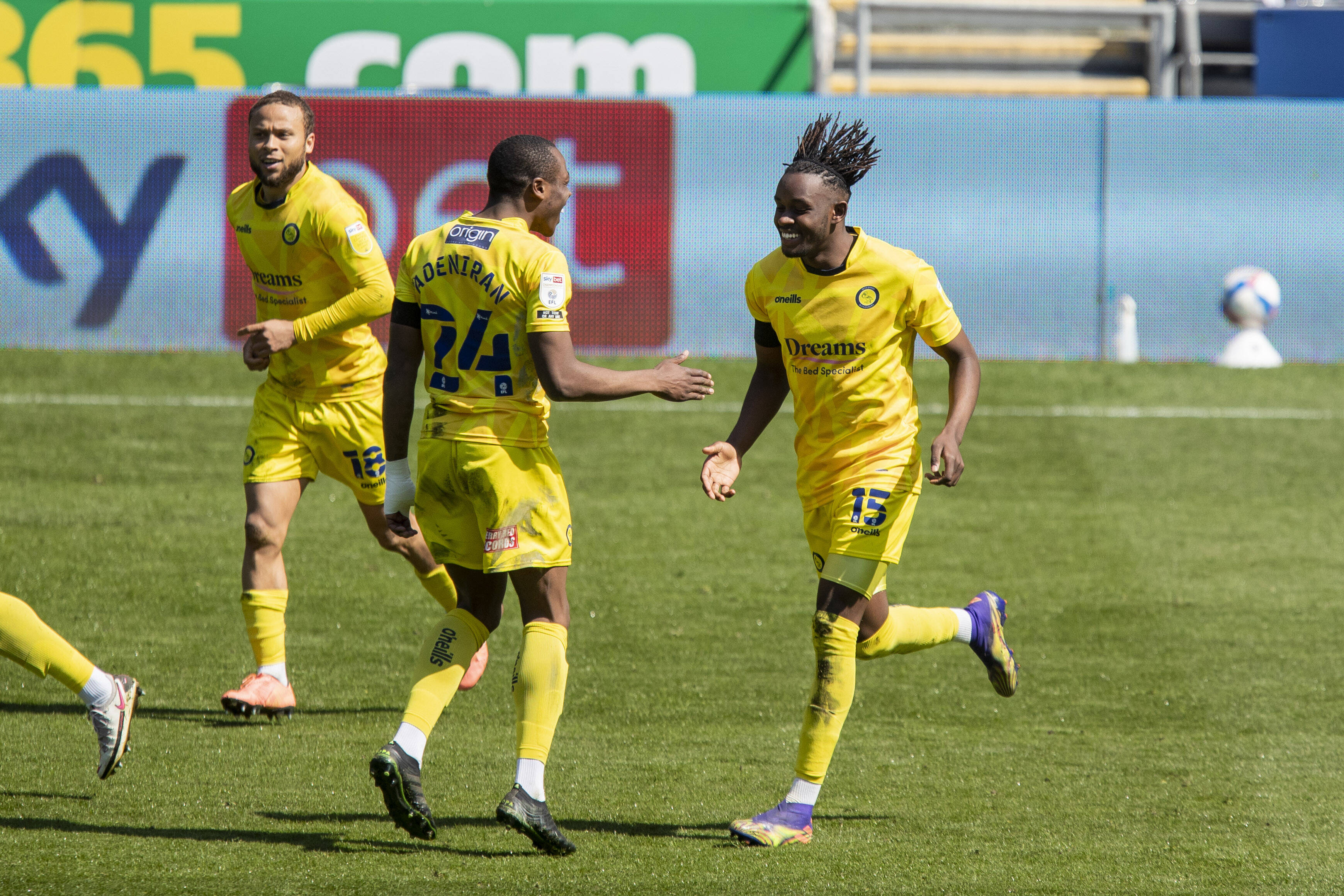 Norwich up, Blades down

You know it's the business end of the season when everyone is sitting working out the permutations as to which decisive matters are going to be resolved each week. This weekend I did just that as it related to Norwich City and Sheffield United, and in both cases the math lead to a decisive outcome.

Up in the Premier League we've known for a while Sheffield United would be coming down, they scored just two points from their opening 17 games and would've needed to perform the biggest 'Jekyll and Hyde' mid season turnaround in football history to stay up. In the lunch time game the Blades needed West Ham to make life hard for Newcastle, when in truth they only made it hard for themselves and went down 3-2 at St James Park. Defeat at Wolves would now mean relegation for the Blades on Saturday night, and they duly obliged with their 26th loss of a wretched season. So welcome back Sheffield United, it was a spectacular promotion two seasons ago under Chris Wilder, but things will look very different next season as they attempt to bounce back.

It was a similar story for Norwich in terms of us knowing for a long while that this moment would be coming, it was just a matter of when. With three teams involved the permutations were slightly more complex, but one of the scenarios saw the Canaries going up without kicking a ball, and that was what transpired. Swansea, having gone two down to Wycombe came back to plunder a single point, whilst Brentford drew 0-0 at home to Millwall, meaning only Watford can now catch Norwich who bounce back at the first attempt.

I could write another hundred paragraphs about the events that have led to these two clubs essentially swapping places on the same day, however I'll just say congratulations and commiserations, and point you towards The Benjamin Bloom Football Channel where long form videos review both stories. 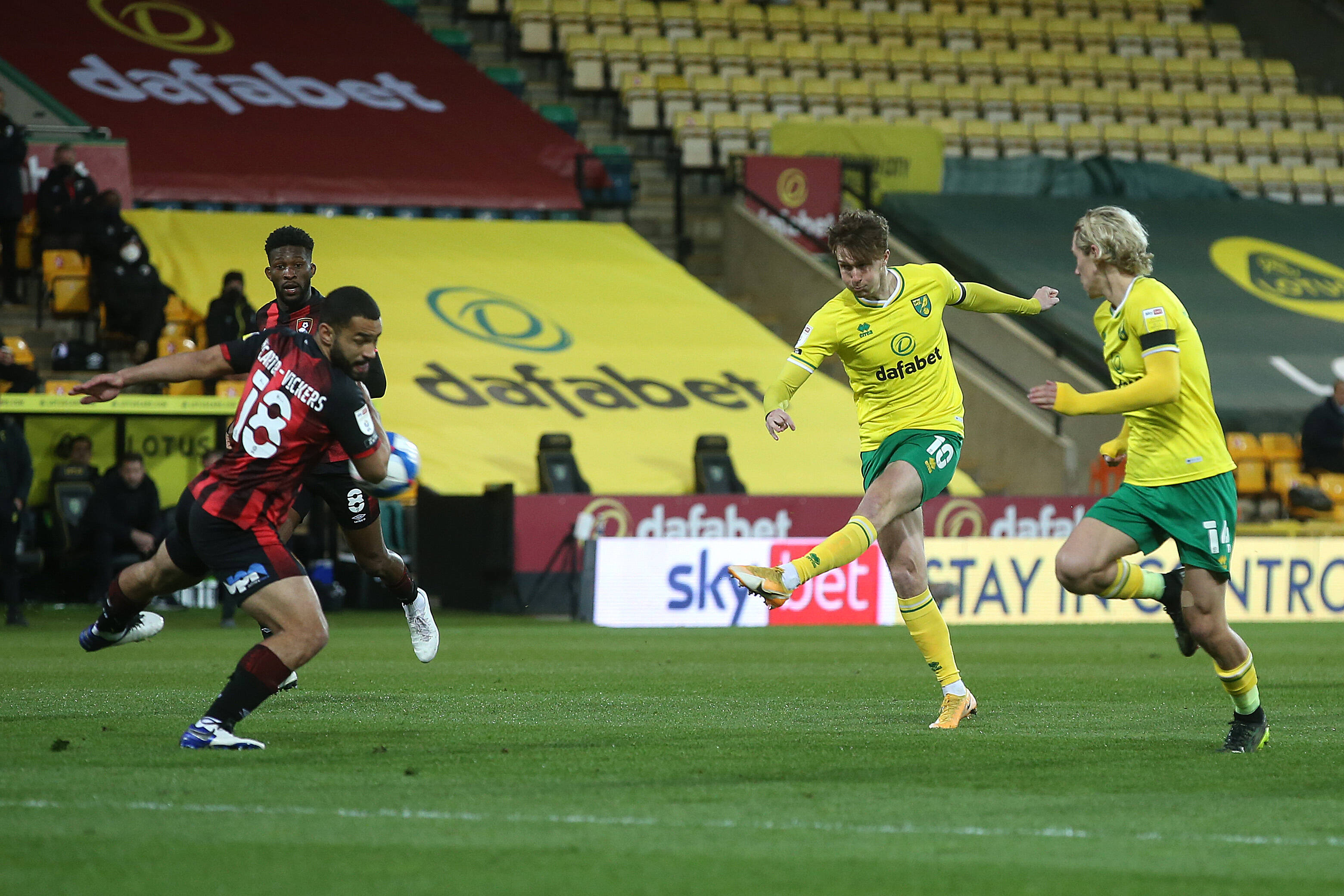 Having covered three Championship games across the weekend I was more focused on trying to make the lawn in my back garden grow a little more evenly this summer as we reached mid Sunday afternoon. Then, as every football fan will now be aware, all hell broke loose. The big breaking story was the European Super League, rearing its head once again, but this time it looks like the big boys really mean business.

A lot of outrage and anger has followed, and will continue to do so, with the true implications of this proposal will all be speculated on for weeks, months and maybe years to come. This is a Championship column, and if you're reading this I'll assume like me, you love this crazy division. We all know it has it's issues, and I've continually discussed wealth distribution, parachute payments, FFP, and the like. However, it is that one step below what people consider to be the modern global game.

And that's where every football fan seems to agree, it's the hope that kills you, but it's that hope that fuels the dream. The same dream every Championship team has, that they can have just one great season, and up they go into the Premier League, the grandest stage of them all, to go and battle with English football's biggest and best clubs. Well, therein lies the problem, as this latest proposal seems to be focused on biggest rather than best.

The Championship clubs will as normal be an afterthought in most of this, but we know the knock on effect of ring fencing the biggest clubs in a new bigger competition will not be good. If this new super league goes ahead in the form that is proposed, and moves ahead of the Premier League in the same way the Premier League moved ahead of the rest of English football, then the dream for many will change forever. It's looking like a fight the big names are prepared for, let's hope they know the consequences of their actions. 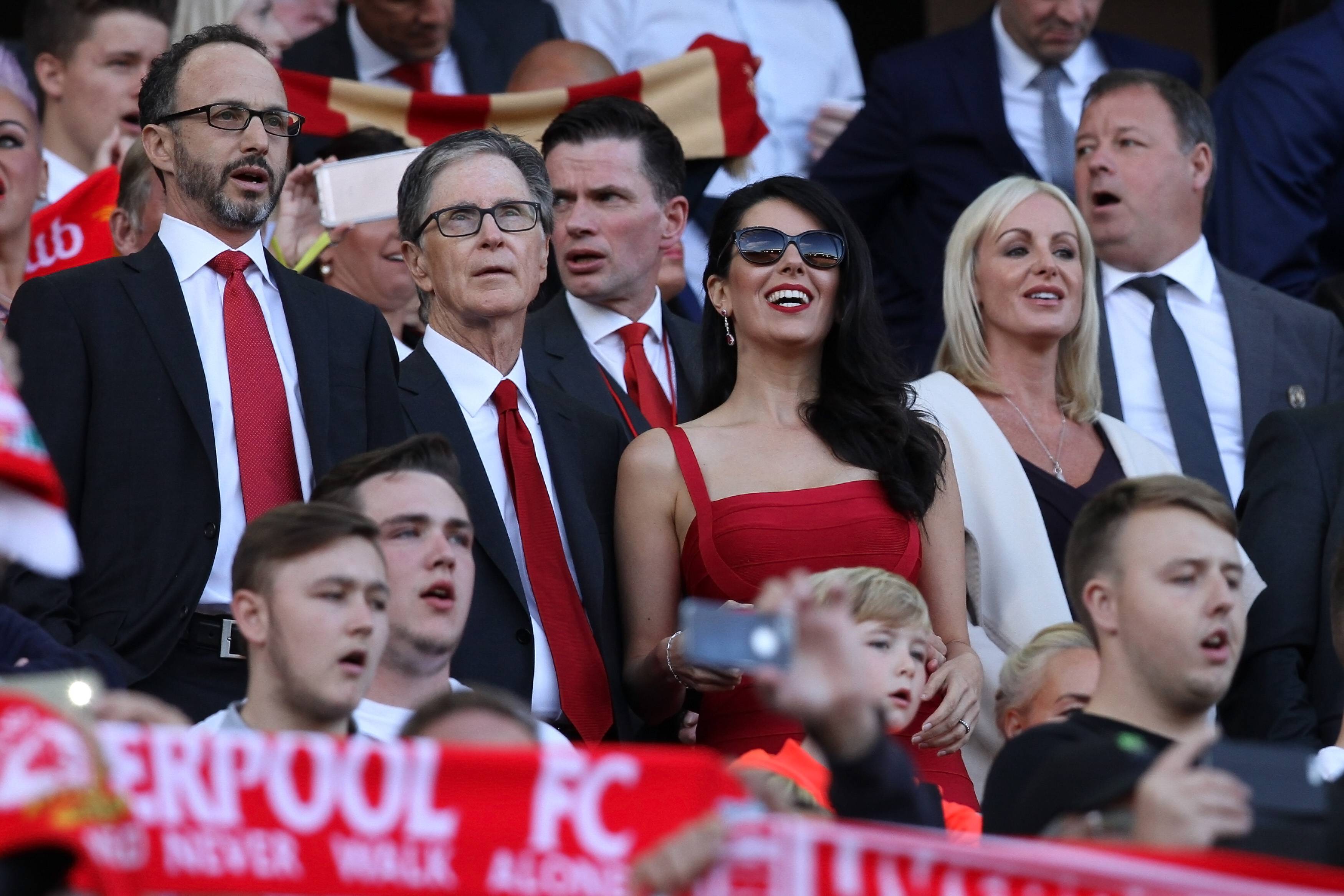