The Championship weekend started with chaos levels at their normal high and Luton winning the early kick off against Bournemouth with the last kick of the game. The Hatters winner was so late it delayed the start of my coverage for the 3pm kick-offs, but the drama was absolutely worth the hold up.

With the game tied at 2-2 Luton launched one last attack, Bournemouth got sucked closer and closer to their goal line as their attempts to clear the danger became more and more desperate. With a crowd of players ahead of him Kal Naismith worked the ball onto his left foot and bent in a memorable low curling finish. The roar from The Kenny burst through my TV and Luton boss Nathan Jones channeled his inner Jose Mourinho by sprinting down the touchline and knee sliding before the raucous celebrating home supporters. This fifth and final goal of this engrossing contest would ultimately allow Fulham to usurp the defeated Bournemouth at the top of the table as the automatic chase shows signs of mirroring the drama in this standalone game.

Luton had gone in at half time 2-0 up through a Lloyd Kelly own goal and an Allan Campbell drive into the far corner. The Hatters also had the ball in the net through Cameron Jerome, the goal was rightly given offside but only the officials will know the true meaning of the suspiciously long pause in the camera laden stadium before the decision was given. Bournemouth came back vigorously in the second half to draw level through Emi Marcondes and Morgan Rogers, all of this before Naismith's dramatic winner. 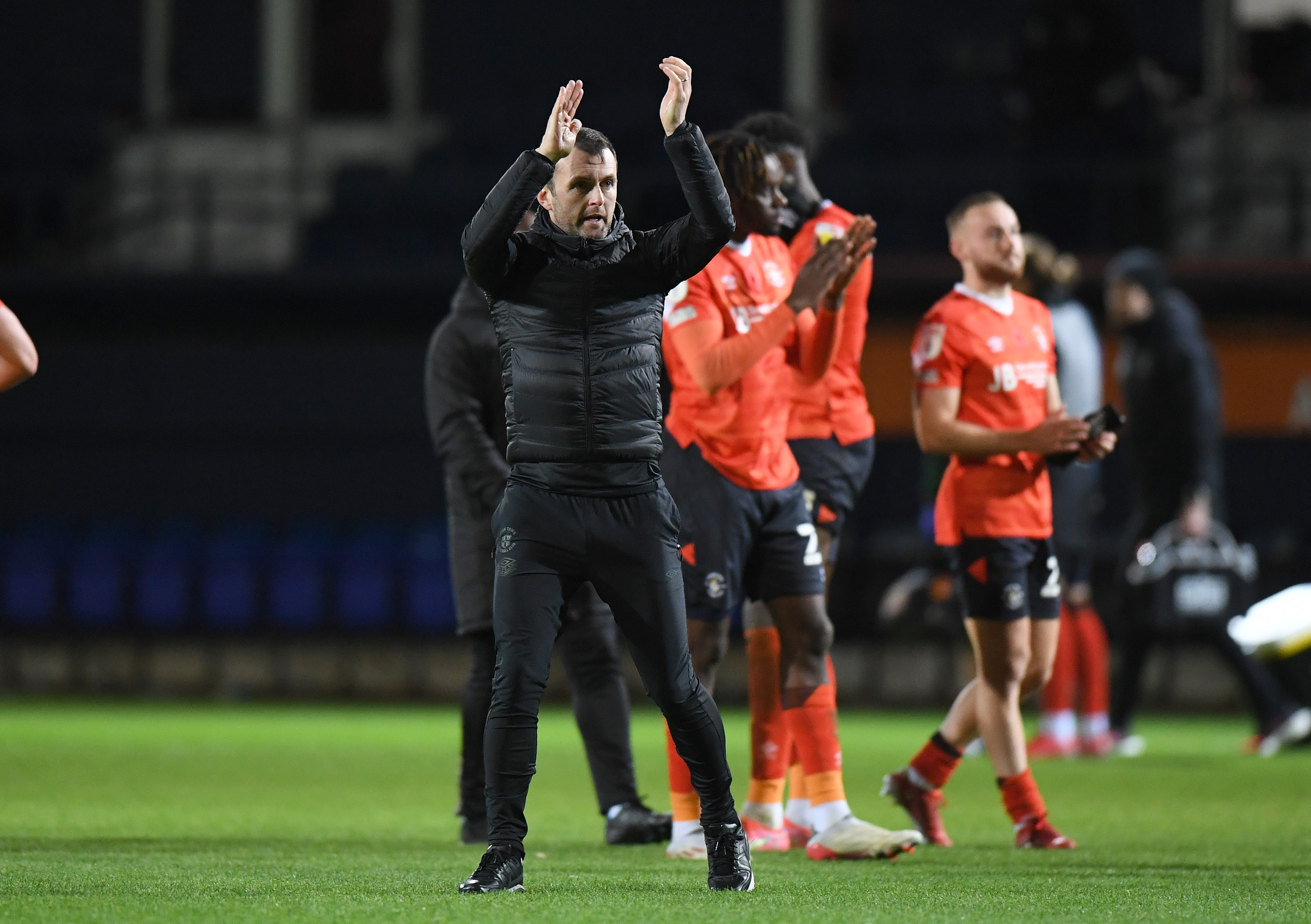 I recently undertook the very nerdy task of analysing all of the regular goalscorers in the Championship to see if I could unearth any useful additional information. Unfortunately looking only at the top scorers chart wasn't teaching anybody a whole lot with Aleksandar Mitrovic, Ben Brereton-Diaz and Dominic Solanke all miles ahead of everyone else and all playing for the top three sides in the division.

Buried underneath the trio at the top were some interesting nuggets on some lesser recognised players. Bristol City's Andi Wiemann has penchant for doubles, Joel Piroe and Jamie Paterson of Swansea are surprisingly clinical, and after a slow start Coventry's Matt Godden was starting to look a top performer. Well Godden was at it again yesterday with two more goals as Coventry won handsomely at Peterborough and the striker now sits one minute behind Brereton-Diaz in third spot amongst the regular scorers in the Championship minutes per goal stakes.

Godden found himself on the bench in the early weeks of the season and Coventry found themselves in the top four courtesy of a brilliant home record and a prolific start to the season from striker Viktor Goykeres. As the Swede's form dropped off, Godden stepped in to replace his goals with an impressive nine in his last 11 starts. It seems like Coventry are set up with the likes of Callum O'Hare and Gus Hamer to provide a single striker with the majority of their chances, at the moment Godden is that man the Sky Blues hopes of replicating their early season play-off rest on the shoulders and goals of their in form frontman. 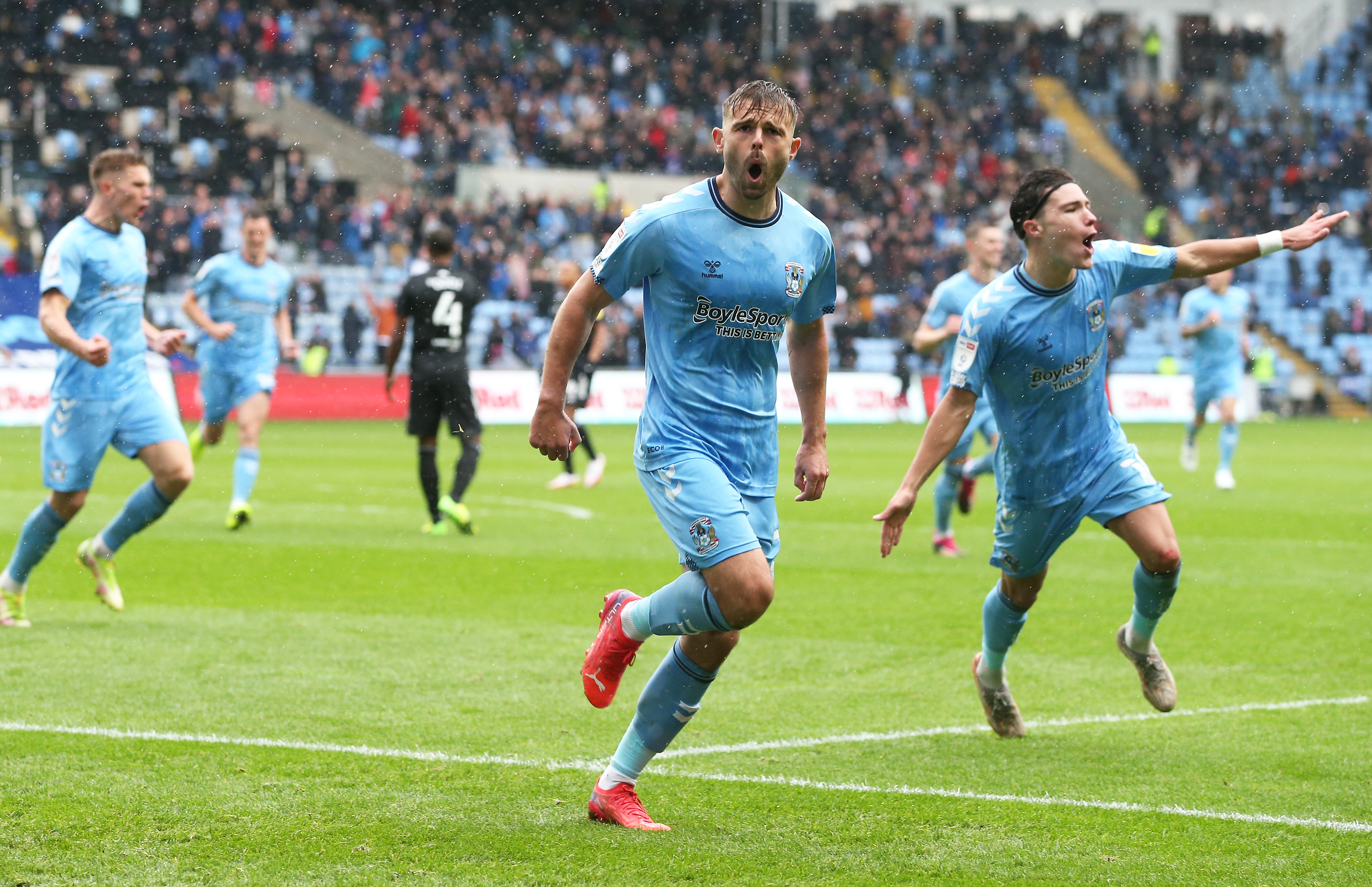 That's right, you're not misreading it, Reading have entered a very public spat with their captain. Before we go into the club statement and Moore's reply, let's just set the table in terms of the current atmosphere at the club. Reading were deducted six points for FFP infractions earlier in the season, their first choice full-backs are at the AFCON, many of their better players are out of contract in the summer, they lost to non-league Kidderminster in the Cup, 0-7 to Fulham in midweek, and in the last minute to Middlesbrough at the weekend.

With all of that going on a statement appeared on the club website after the weekend's game entitled 'Liam Moore relieved of captaincy'. The statement went on to say that Moore had stated his desire to play somewhere else, the club only wanted dedicated players, and subsequently Moore will be stripped of the club captaincy. Moore quickly responded in kind, by that I mean publicly, by taking to his Instagram to say how completely shocked he was by the statement.

Looking at the responses to the airing of dirty linen in public from the Royals fans, we got our normal binary twitter split in opinion. Some thought this was a strong play by the club who were putting their want-away captain in his place. Some thought Moore had been mistreated and humiliated in what should be a privately solved matter. Some even claimed this was a distraction tactic to take the fans' eyes off the current problems on the pitch and throw a player into the eye of the storm.

I don't know which, if any of those scenarios I agree with. Whichever way round this has happened it's likely not to be doing any of the parties any good and the sooner it's solved the better for everyone. Reading need to move themselves away from the bottom three and not let their points deduction define their season, it looks like they'll be doing it without Liam Moore. 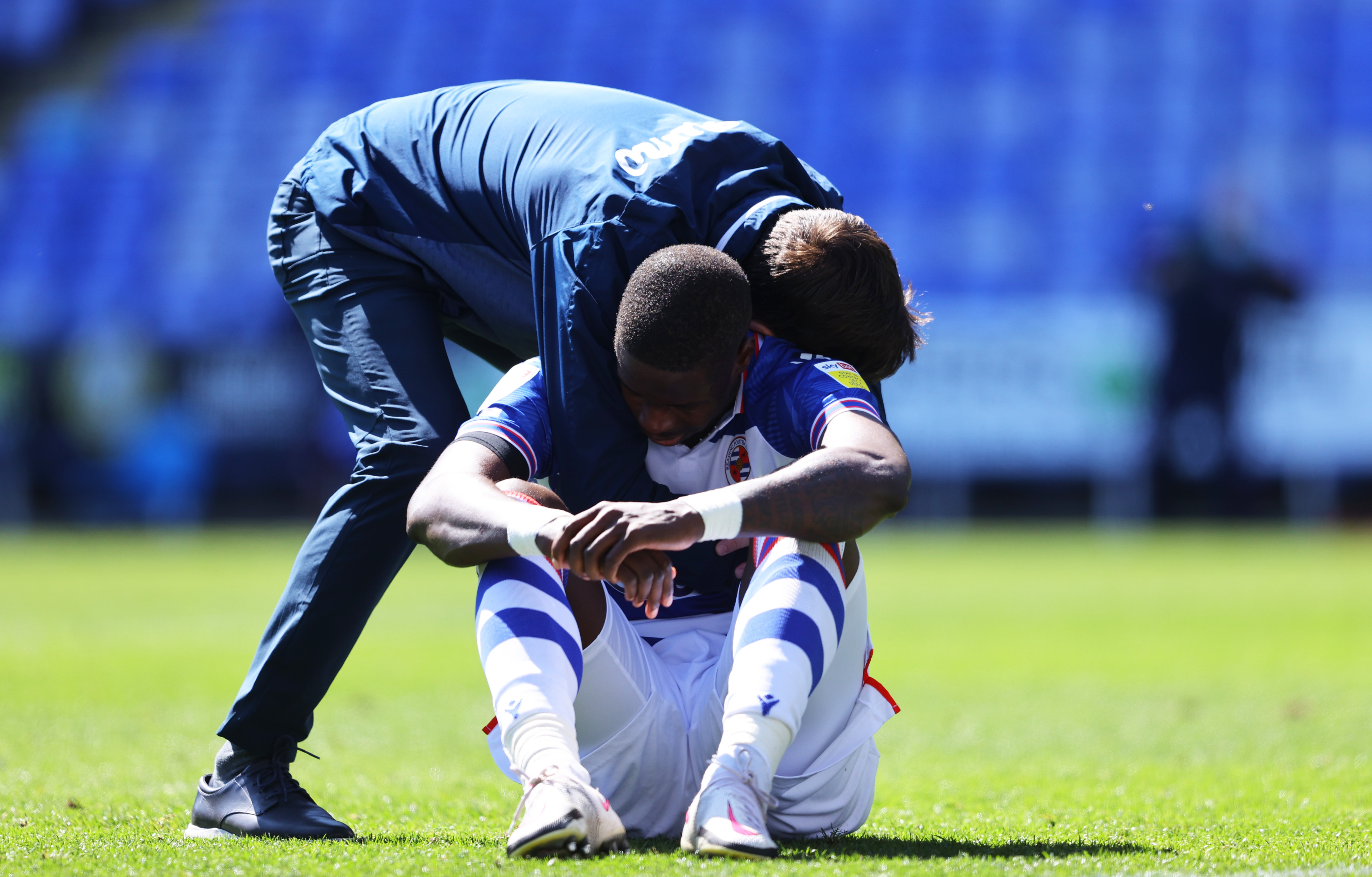 Back on the 4th August 2018, Onel Hernandez scored a 94th minute goal for Norwich City at Birmingham City to rescue a point for the Canaries on the opening day. Little did Hernandez know how he'd be lifting the Championship title that season, or that he'd be back at St Andrews on loan three and a half years later.

As it pertains to that season, the Norwich team that Hernandez lined up in at Birmingham would quickly be transformed and storm the division. Full-backs James Husband and Ben Marshall were quickly swapped for youngsters Max Aarons and Jamal Lewis, and Championship stalwart Jordan Rhodes was replaced by a barely known Teemu Pukki. The biggest trump card of them all would be Emi Buendia, soon to arrive on the opposite wing to Hernandez and ready to boss the division.

Like Norwich, Hernandez has gone up, down and back up again. By the end of the season the Norfolk club may have gone back down again but the Cuban speed merchant won't be playing a part in the Premier League. Hernandez has been on loan at Middlesbrough, he's started ten games but new boss Chris Wilder didn't fancy him and Norwich have now sent him to Birmingham for the second half of this season. Blues seem to have been looking to find the magic they had up front with Lukas Jutkiewicz and Che Adams back in 2018/19, the same season that Hernandez was winning the title with Norwich. Hernandez started up top with Jutkiewicz for his debut at Preston, with Lee Bowyer looking to add some pace and directness to his striking options.

Hernandez's rise in the Championship was not subtle with Norwich, to be honest his playing style is about as subtle as a breeze block. But with Birmingham struggling for some inspiration, his roadrunner type antics might be exactly what they need. 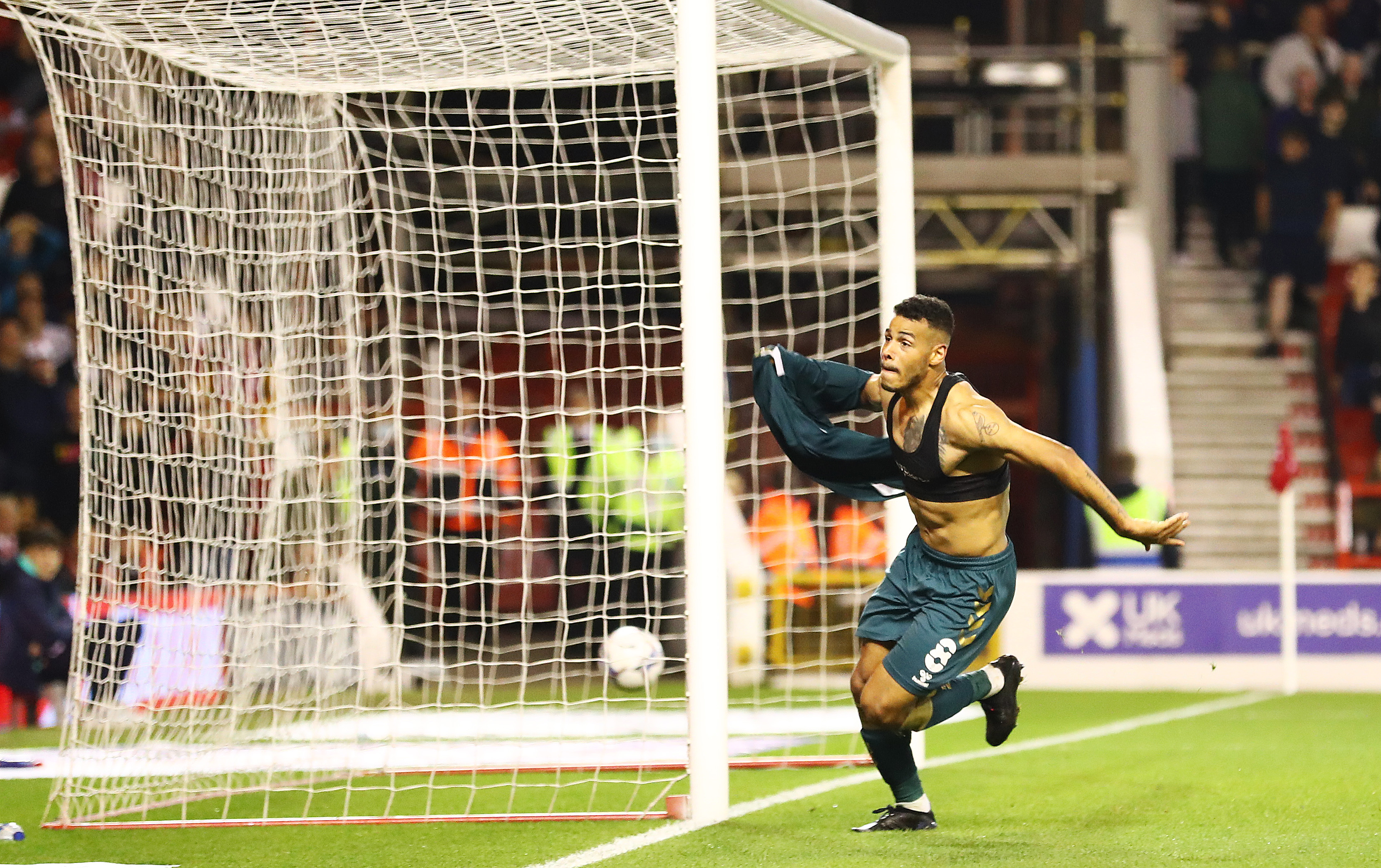