Hull won a relegation six-pointer at Barnsley, Middlesbrough swapped Neil Warnock for Chris Wilder and Reading uncover a new superkid in the latest round of the Championship...

This bottom of the table clash at Oakwell seemed all set up for a Barnsley win after the Tykes fired their manager Markus Schopp and climbed aboard the mythical beast that is the 'new manager bounce' for a couple of relegation six pointers through the week. Joseph Laumann stepped up into the caretaker position and Barnsley got their first win in 14 games against bottom of the table Derby in midweek. All that stood in the way of Barnsley's short term six point plan was Hull, who even their own fans would admit were not looked upon as the most formidable of opponents.

The Tigers went to Oakwell with one solitary win in their previous fifteen games, they had lost their previous five, and possessed the worst goalscoring record in the division. But this is the Championship, and this column regularly explores how the Championship likes to laugh at a set of circumstances that points towards a result whilst giving us the exact opposite one. Hull won the game 0-2 and picked up their first away win since the opening day of the season, perhaps easing the pressure on boss Grant McCann in the process. George Honeyman stayed calm to slot the opener home in the first half, with Keane Lewis-Potter adding the second fifteen minutes from full-time.

In the short term this is an important victory for Hull, moving them above Barnsley and quickly ending whatever fleeting momentum that had been built under Laumann. Fans of both clubs will know that in the long term there are many proverbial bigger fish to fry, with Barnsley in need of a new boss and Hull in due diligence for a potential takeover. Without wishing to appear short sighted, let's for now forget the long term implications and let Hull fans enjoy only their third victory of what could be a long season. 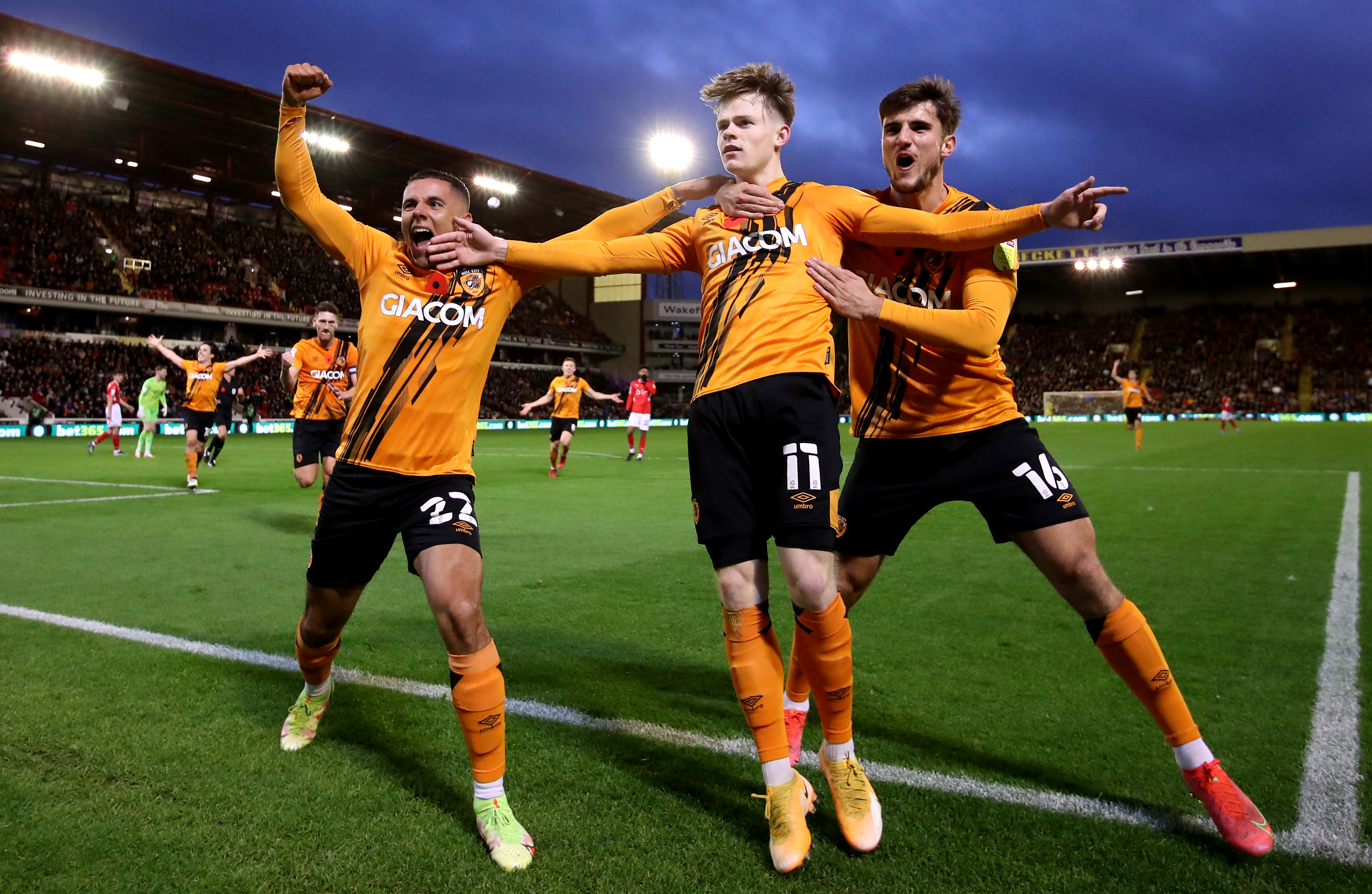 I'm never one to shy away from a challenge so I'm going to attempt to write about a player who, until yesterday, was very much not on my radar. I suspect outside of the Reading fanbase you'd do well to find anyone who had heard of Jahmari Clarke, the 18 year old striker who had made a series of substitute cameos going into yesterday but never started a Championship match. That's my excuse anyhow. Once a player starts a game in the Championship they then appear on my radar, although coming on for the second half and scoring two goals will do the job pretty effectively too.

That's exactly what Clarke did yesterday, with Reading trailing at Birmingham to an eminently preventable goal by Scott Hogan, the youngster replaced struggling forward George Puscas, in the process becoming the match winner and headline maker. Reading's problems upfront have been caused by injuries to Yakou Meite and Lucas Joao, but in some part solved by John Swift's impressive contribution from midfield. In his 12 starts so far, Puscas has mustered just one assist and Clarke's double yesterday may well put him higher up the totem pole in the Reading attacking ranks.

Clarke snapped into action in the 70th minute to power home a Swift cross, and then a mixture of forward momentum and dogged determination saw him follow up his own effort to fire in the winner at St Andrews. Given the Royals' losing streak going into the weekend, injury problems, and financial issues that may translate into a points deduction, a young striker with an eye for goal appearing mid season might be a welcome bonus for boss Veljko Paunovic. 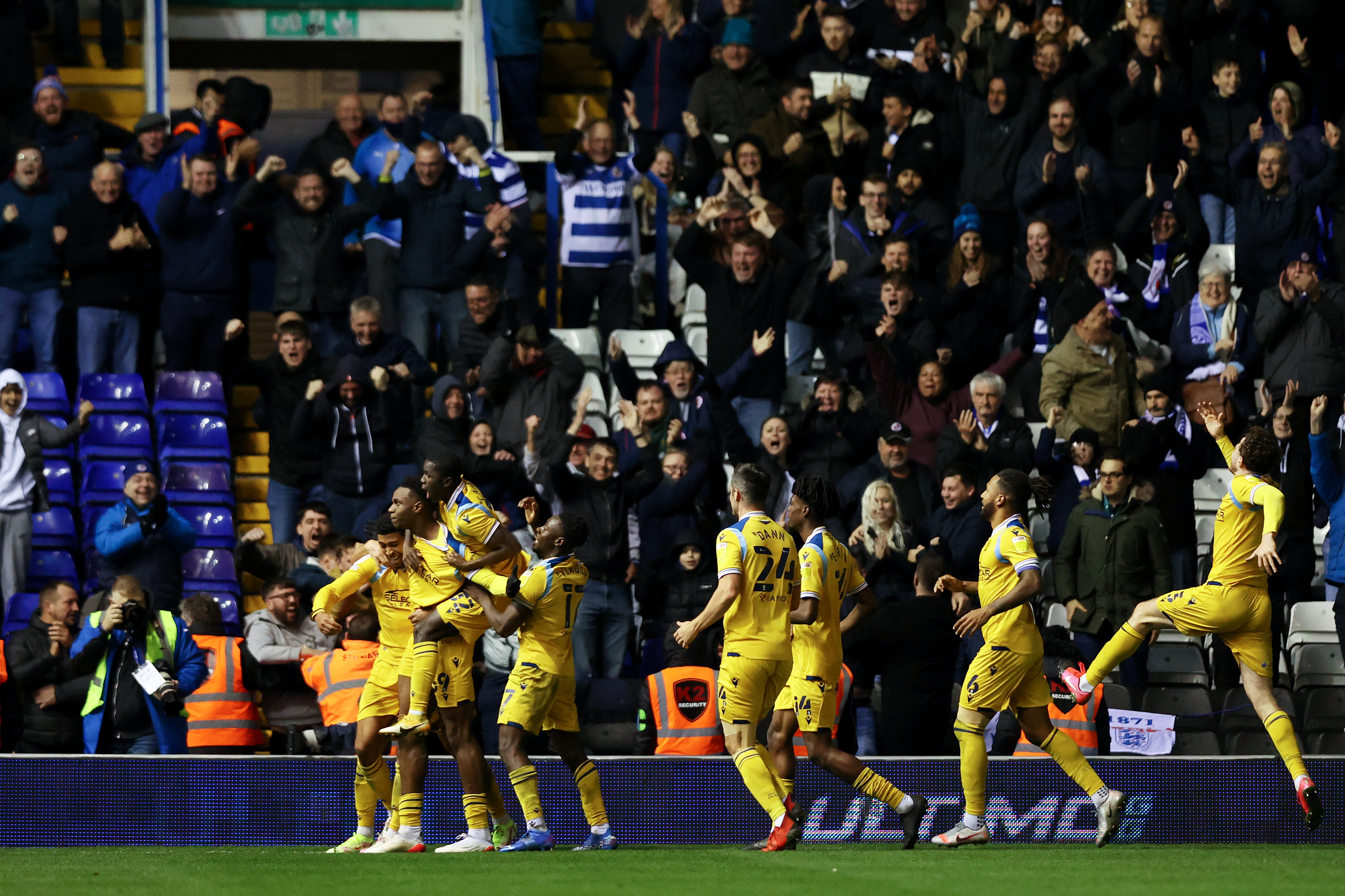 Warnock Out, Wilder In At Boro

To say it's been a busy time for managerial changes would be an understatement of the highest degree, with three managers leaving their post in the top two divisions between the 3pm Saturday games finishing and Sunday's action beginning. Daniel Farke is gone from Norwich, Dean Smith from Aston Villa, the Newcastle job looks confirmed for Eddie Howe, but the Cardiff and Barnsley jobs are both open in the Championship.

There was also a departure at Middlesbrough, but unlike any of the other clubs mentioned previously, the new man was announced almost as quickly as the previous one departed. I'm never entirely sure what to make in situations like this and whilst I try and assume good intentions where possible, it wouldn't be unreasonable to think conversations were going on to bring in new manager Chris Wilder with existing boss Neil Warnock still in situ. Whether that is the case or not is largely immaterial now, the change has been made and managerial legend Warnock has gone.

The veteran of eight promotions had taken Boro away from the relegation zone in 2019/20 and up to 10th last season. Inconsistency this season coupled with the arrival of 'Head Of Football' Kieran Scott arriving in the summer has led to the departure, announced by Boro as by mutual consent. Of course it's sad to see the charismatic Warnock leave the division, but back comes Chris Wilder, who took the Championship by storm with Sheffield United on the way to automatic promotion in 2018/19. Wilder set himself a high bar at Sheffield United, but then again Neil Warnock has over decades, we'll see what happens as the torch is passed up at the Riverside. 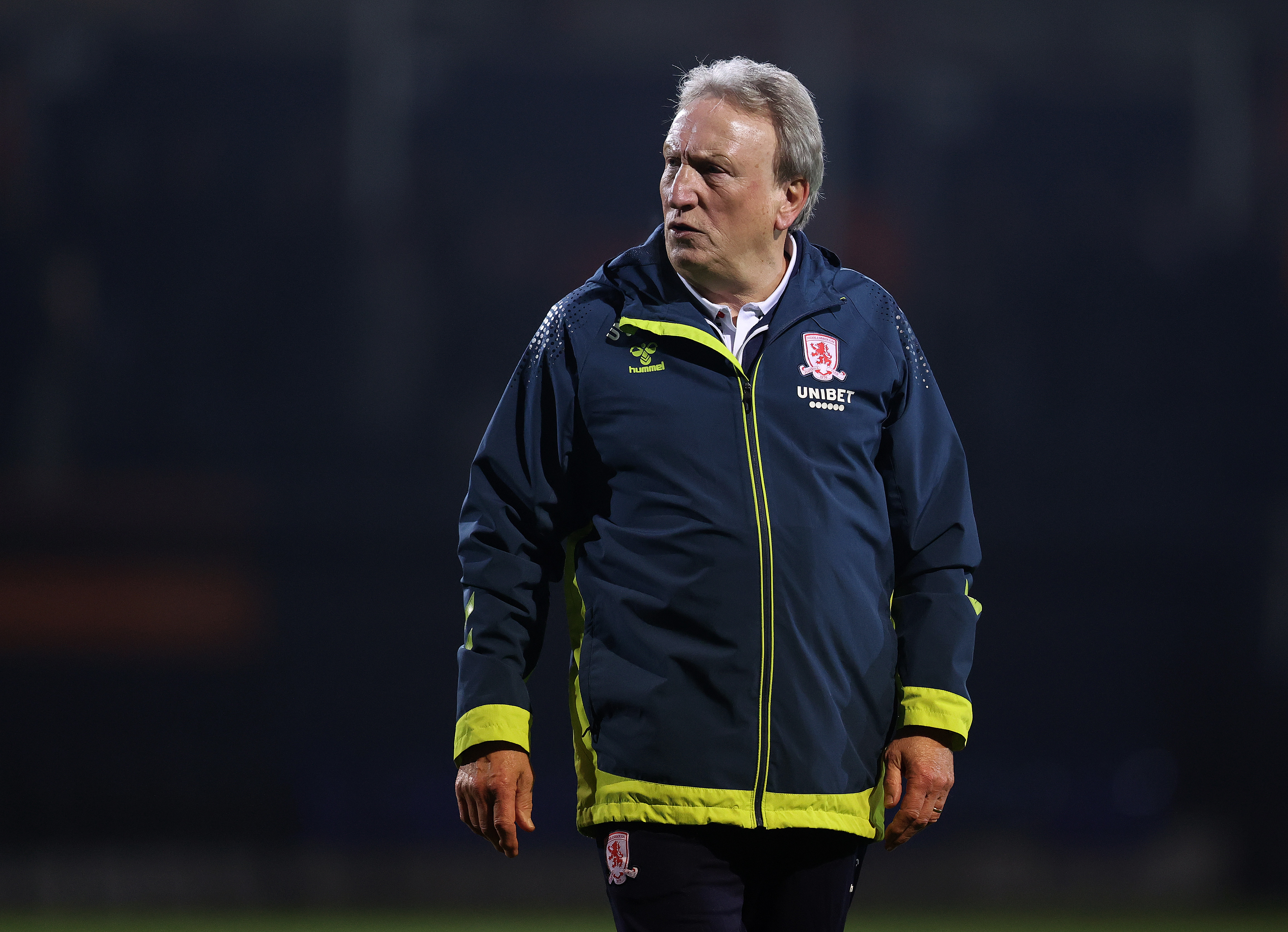 First world problems at Bournemouth this week as the Cherries were finally defeated in the Championship in midweek at home to Preston. Of course I speak with tongue firmly in cheek, but bouncing back is vital, even when you are setting a relentless pace at the top of the table.

One problem that did need to be solved however was at left-back, after Jordan Zemura stepped out injured at Reading following his impressive ascent into the first team at the Vitality this season. Chris Mepham, more widely known as a centre half, played over on the left in the defeat to Preston, but manager Scott Parker can't have been too impressed with what he saw, as Mepham returned to the bench for the weekend's clash with Swansea.

Preferred in the left-back spot on Saturday was on loan Leeds United player Leif Davis, one of the first through the door under the management of Marcelo Bielsa, Davis had been at Morecambe and joined up with 'El Loco' in the summer of 2018 as a teenager. First team chances were few and far between for Davis under Bielsa, who struggled to find a regular left back at Elland Road, often going with the hugely versatile Stuart Dallas, or converted winger Gianni Allioski. Some would surmise that taking a player on loan with so few starts in recent years may be somewhat of a gamble, but Bielsa's training is legendary and perhaps Scott Parker valued that above anything else.

For Davis, the door to the left-back starting position may be less open than at Leeds, given the fabulous start Zemura has made this season. Zemura will see an ankle specialist during the international break and Davis will be waiting in the wings should his absence be a lengthy one. With a clean sheet, a convincing victory, and an assist at the weekend, his audition couldn't have gone too much better. 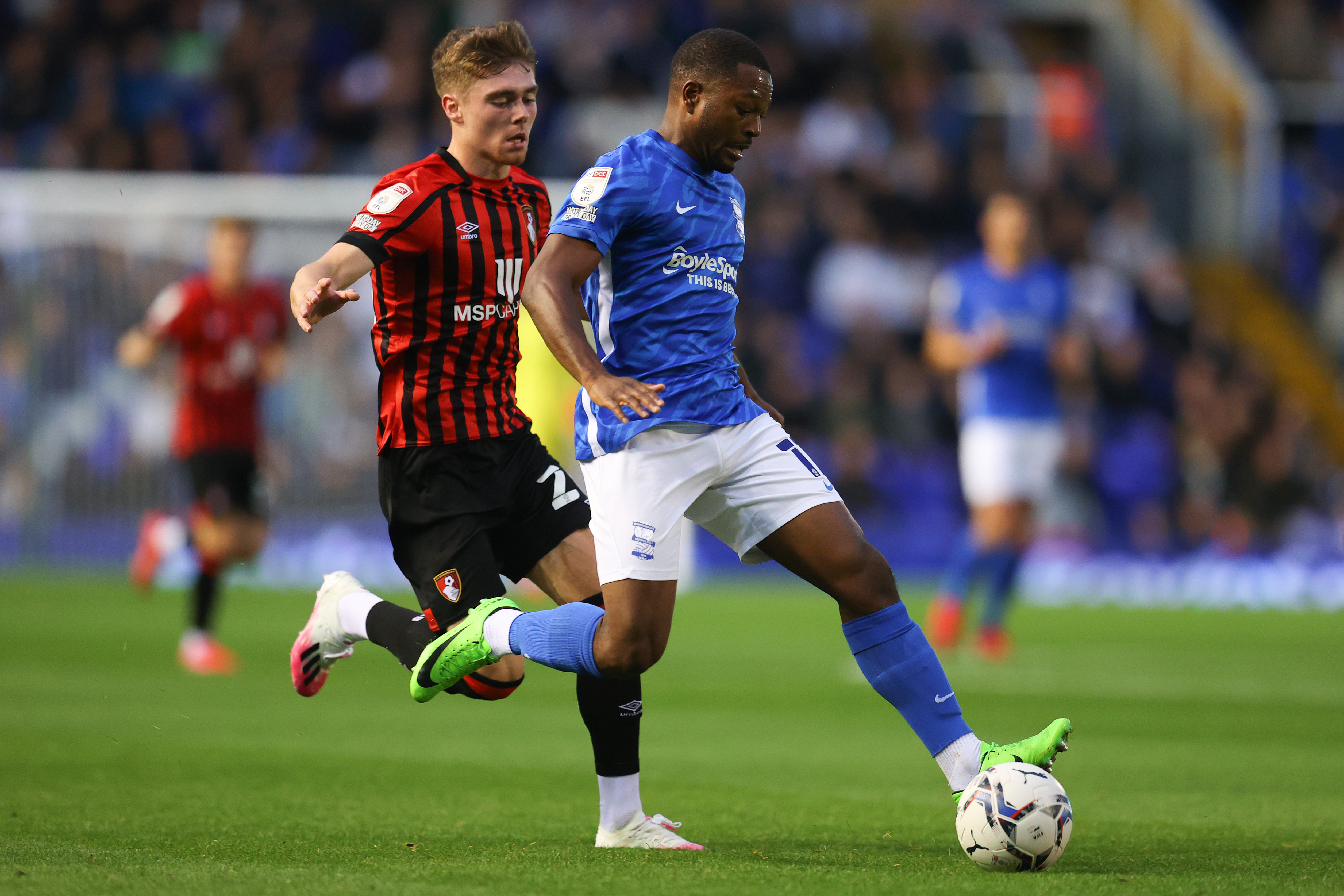