This weekend saw the Championship fixture list significantly reduced by FA Cup fourth round ties. With just four league fixtures, we may need to delve into the matches involving the nine Championship teams who appeared in the Cup over the weekend.

Watford took advantage of the fact that four of their top six rivals were not in action this weekend, with a Friday night win at Stoke. The victory put the Hornets into third spot, level on points with Swansea in second, and opened up the possibility of a four or five team chase behind runaway leaders Norwich.

Something about Watford still gives the impression of a squad of very good players who have not quite clicked into a cohesive team as yet. New manager Xisco is in the long term working towards creating a cohesive team, but would appear in the short term to be benefiting from the quality of some of his players. Friday night at Stoke was a prime example of this, where a tight game was turned by a brilliant five minutes from captain Troy Deeney.

As footballers go, Deeney is an interesting figure. He already moonlights as a regular radio guest, and in a sanitised media managed world, comes across outspoken, and far more honest than many colleagues. Deeney seemed to be at the centre of the storm during the final days of Vladimir Ivic's short reign as manager, and seems to wield quite some influence at the club.

Given his off pitch personality, it's easy to forget that at Championship level, Deeney is still a star performer, and gave a game changing, man of the match performance at the Bet 365. Firstly a sumptuous right footed clip over the Stoke defence broke the lines for Joao Pedro to win a penalty. A trademark Deeney thunderbolt down the middle from the spot gave Watford their opener. Then a wonderfully precise first time through ball to assist Sarr gave Watford a brilliant second, and put Stoke out of reach.

In tight games, teams rely on the big players to make the difference, and whilst Xisco searches for his formula, he'll be hoping his captain can produce more performances like this one. 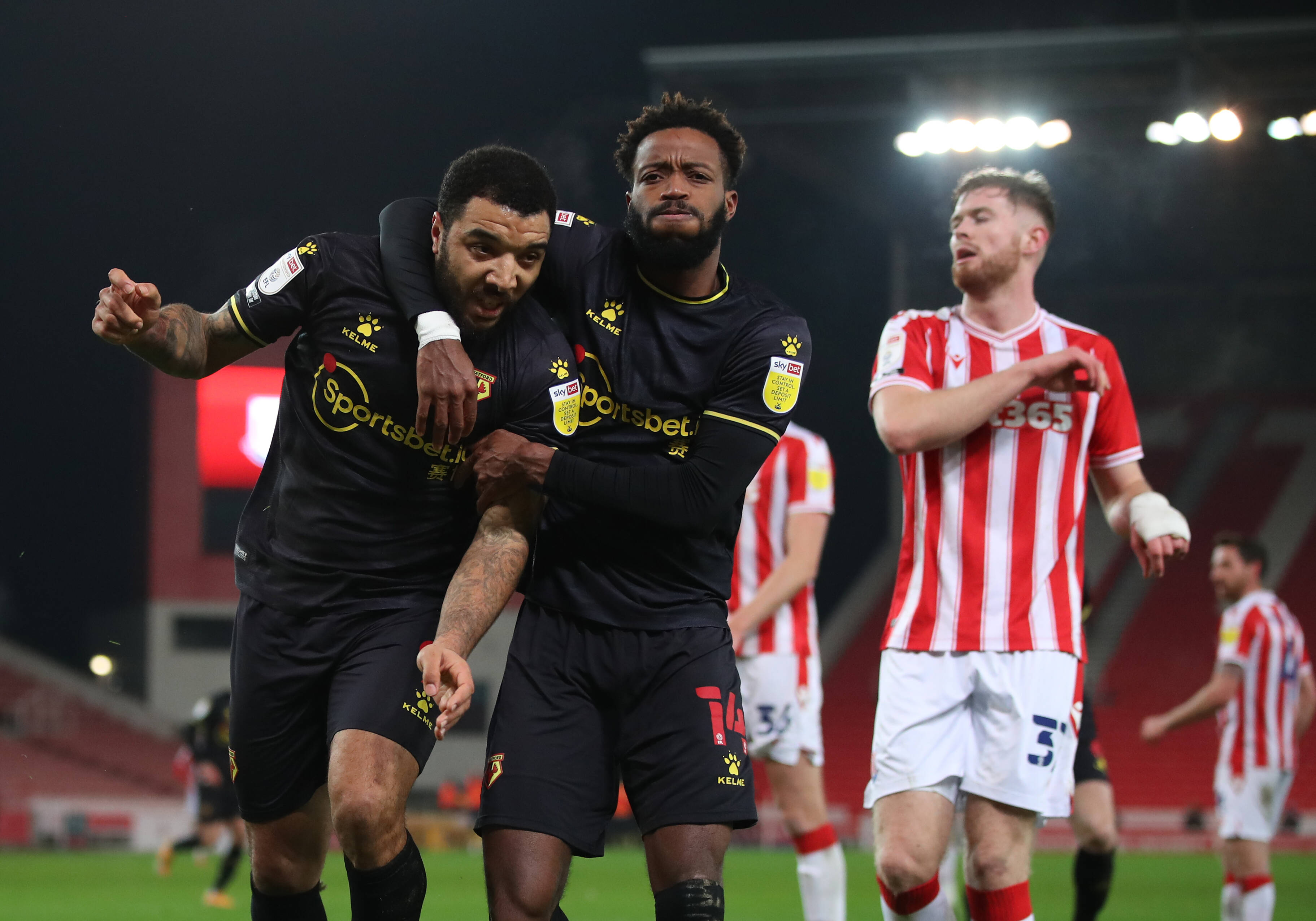 Given the situation Swansea find themselves in, you wouldn't have blamed them for fielding their youth team in this FA Cup fourth round match. Steve Cooper's side are in second place in the Championship, and in the final year of their parachute payments. In midweek they will compete in a mouth watering top four clash with Brentford, the team who beat them in last season's playoff semi finals.

Contrary to possible expectations, we didn't get a white flag from Swansea, but a strong team fielded, and a 5-1 demolition of Championship rivals Nottingham Forest. Yes, Forest are struggling in the bottom six, however they have recently improved under Chris Hughton, and Hughton's sides have been at worst stubborn opponents over the years.

Other than resting his first choice front two of Ayew and Lowe, Cooper went strong with his selection. Ryan Manning got a start ahead of consistent wingback Jake Bidwell, and new loan signing Conor Hourihane debuted alongside Matt Grimes in central midfield.

Swansea were two up by half time, young striker Cullen volleyed the opener, and Grimes thundered in a second. A soft penalty gave Grimes his second, Cullen then also swept home his second, and Cooper rounded things off with his first ever career goal.

It's always a hard call for a manager when Cup games can potentially distract a focused promotion push. As ever, a win justifies most decisions, and like most of his work at Swansea, Steve Cooper got this one right. Swansea have now given new signing Hourihane some minutes, back up striker Cullen has extra goals and confidence, and there is genuine competition between Bidwell and Manning at left wing back.

With all of that being said, we'll no doubt have the same debate when we reach round five. The stakes could be even higher if good results are achieved in the Swans upcoming three game sequence, containing key matchups against Brentford and Norwich. Oh, and by the way, Swansea have Manchester City at home in round five!

In a recent piece on tribalfootball.com I looked at what sort of manager Wayne Rooney would be, and any patterns in his opening months as interim, and now full time manager. The overwhelming narrative is that Derby are a very good side defensively, and the weekend saw another clean sheet, as the Rams recorded a 0-1 win at QPR.

At the heart of the Derby defence is Matt Clarke, a 24 year old loanee from Brighton in his second year at Derby on loan. Having made 34 starts last season, Clarke has started 24 this season, and all of Rooney's games as manager. He is also that rarest of commodities, a left footed ball playing centre-half. The numbers are great, Derby have seven clean sheets in ten, and haven't conceded more than once in the last 12.

Brighton have loaned Clarke, Ben White, and Leo Ostigard down to the Championship in the past two seasons, with White excelling for Leeds and now a Premier League starter. I'm not certain whether Clarke will follow the same path, but at 24 he'll surely want to become a permanent fixture at a club, rather than a perpetual loanee. With Brighton having paid a sizable fee to Portsmouth for Clarke in 2019, it might be an expensive but worthwhile deal to make him a permanent Derby player next season.

Return Of The Mick

He's back. After theatrically slamming his teacup down and quitting Ipswich four games before his agreed leaving date in 2018, Mick McCarthy returns to the Championship as manager of Cardiff City.

McCarthy has signed a six month deal taking him to the end of the season, but given the tone of his first press conference, would happily stay beyond that if he was asked. Cardiff dispensed with the services of Neil Harris after just over a year in charge, and currently sit 15th in the table following a run of five consecutive defeats.

It's a tricky tipping point for Cardiff owner Vincent Tan, the Bluebirds are in the final year of their parachute payments, and this poses a very specific set of challenges. Can the club take advantage of the huge extra slice of broadcast income whilst it's there? If they run out, can the club transition from a position of having a lot of broadcast income, to disproportionately less?

In recent seasons this has been a sink or swim moment for various Championship clubs. Aston Villa managed to get over the line in the playoff finals as their last payment ebbed away, and Norwich brought Stuart Webber and Daniel Farke in whilst the clock had a season to run, cashing in on the sale of James Maddison to spectacular effect. The cautionary tale is however Middlesbrough, as Tony Pulis' side missed the playoffs and the transition was too much for rookie boss Jonathan Woodgate. Mick's wily old mate Neil Warnock currently has Boro in a wholly different place on the table a season later.

The clamour for local hero Craig Bellamy is understandable, but although it's a pragmatic appointment, maybe McCarthy is the right guy now, with Bellamy to come later, when the more stormy seas have been negotiated. 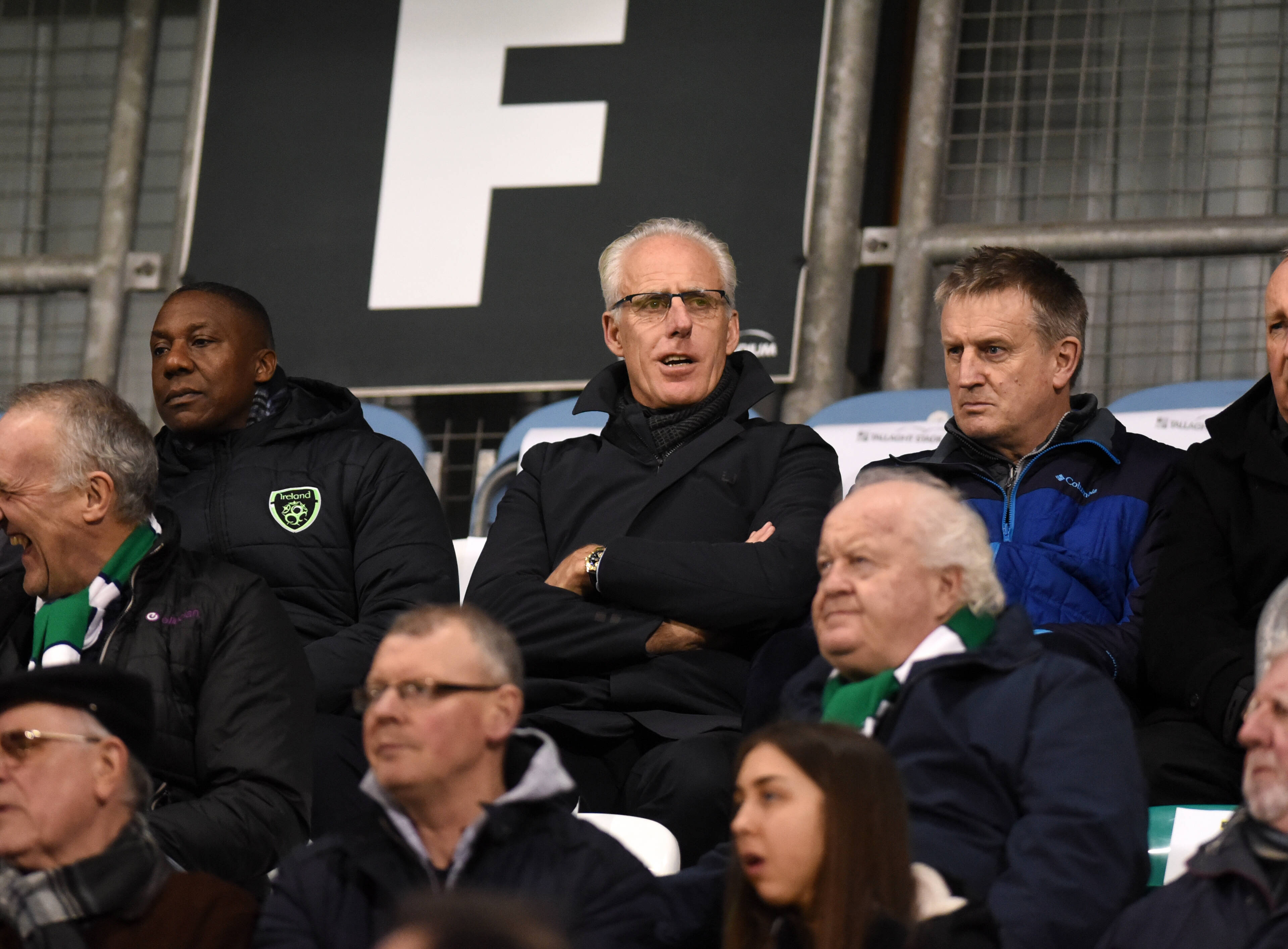 After covering yesterday's game between Preston and Reading, I gave Middlesbrough v Blackburn a miss and took the dogs out in the snow. On my return I looked at the glorious oracle that is twitter and saw the fallout from the game. A Joe Rothwell goal had given Rovers the win, but everyone was talking about an incident involving Jarrad Branthwaite and Dael Fry.

A left wing cross was sent in towards the back post and a dangerously high boot from Branthwaite caught Fry in the face. One can only imagine the event happened so quickly that referee Whitestone didn't see what happened. The challenge, in terms of being 'reckless' and 'endangering an opponent', would seem to meet the criteria for a foul, penalty, and possible red card.

Neil Warnock was predictably furious. It's hard to tell with Warnock where the gamesmanship ends and the genuine concern begins, but it would be churlish not to take his outrage seriously given the consequences a boot in the face could cause. Warnock said 'I don't think the lad meant to do it, but they've just read me the rules out – endangering the safety of a player. Well, it can't be any worse than that. He's a millimetre away from having his eyeball taken out.'

Another week, and another game changing tough call for a Championship team, but the good new is that Dael Fry didn't experience Warnock's grizzly worst case scenario. 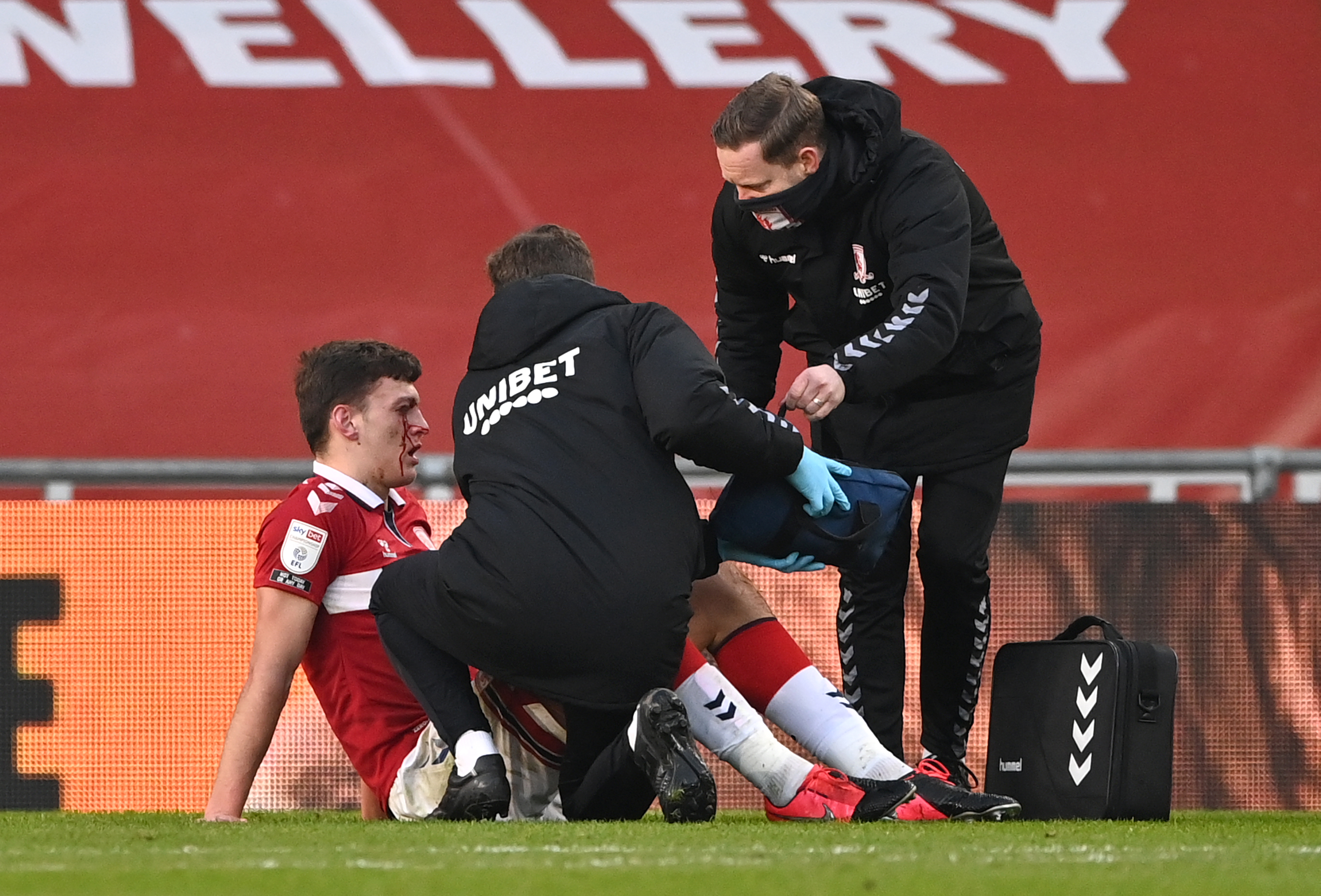