This weekend could see the final games for certain players in the Championship ahead of today's transfer deadline. And as ever, the round produced plenty of excitement and controversy for us to examine...

Earlier in the season it seemed almost guaranteed that each round of fixtures would bring goals for both Adam Armstrong and Ivan Toney, as the two strikers streaked away at the top of the Championship scoring charts. We got a reprise this weekend, with both players on the scoresheet, but Toney moving into the lead in the Golden Boot race with a hat trick during Brentford's dominant 7-2 victory over Wycombe.

As hat tricks go this was an interesting trio of goals. The first wasn't even credited to Toney on the day, his volley was saved and forced over the line by Fosu, however goal line technology stepped in on Sunday to confirm the ball had already crossed the line and the goal was Toney's.

The second was a penalty, where Toney used his brilliant 'death stare' technique. The striker's unique process sees him stare at the keeper and not take his eyes off them, walk up to the ball, wait for the keeper to move, and stroke it into the opposite corner. The time may come where he misses one and looks silly, but whilst they keep going in, the only people looking silly are Championship keepers.

The third saw Toney clean through and apparently onside, go round the keeper, and lift the ball over Allsop's dive and into the net. For those counting, it's now Toney 18, Armstrong 17, with Reading striker Lucas Joao coming up on the rails with 15. I'm sure Toney would happily surrender a possible Championship Golden Boot, for guaranteed promotion this season with Brentford, and given his first half season, he will not look out of place at the top level. 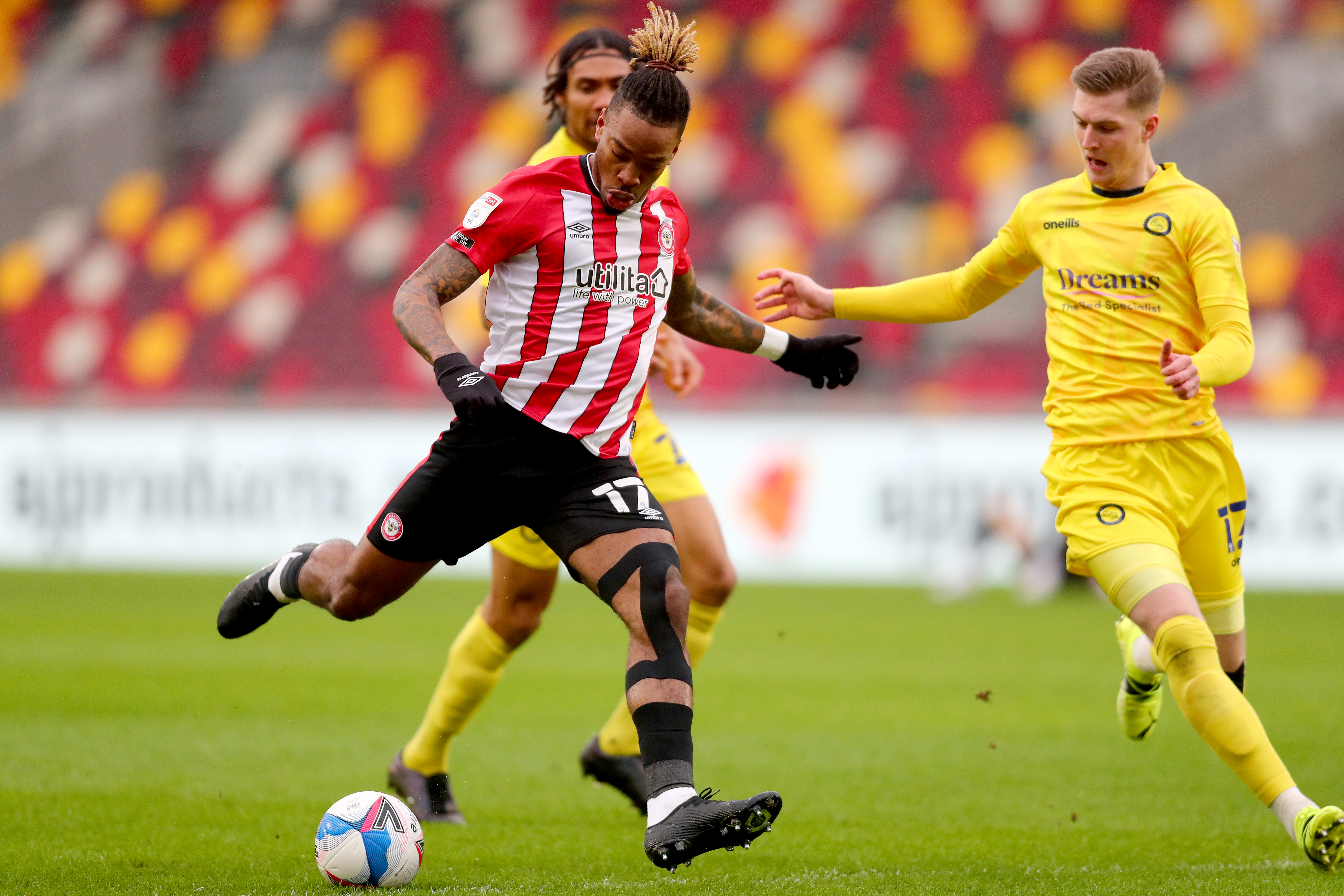 Yes I know Brentford scored seven, but there was something affirming about Reading's first half destruction of Bournemouth on Friday night. Reading finished 14th last season, hired a relatively unknown boss in the summer, didn't greatly add to their squad, and then proceeded to win seven and draw one of their first eight games.

When the Royals lost the next four, I and many others assumed Reading would descend from their lofty early season perch. The question wasn't 'will they fall?', but 'how far, and how fast will they fall?'. The next eight games saw three wins, three defeats, and indicated the sort of form that would land them somewhere in midtable.

Those games however, saw injury absences for Liam Moore, Andy Yiadom, John Swift, Omar Richards, and Yakou Meite, with the gradual return of this group providing an upturn in form. During the last six matches Reading have climbed to within three points of the automatic promotion spots, recording four wins and two draws, in a run that included meetings with top six rivals Swansea and Bournemouth. The Bournemouth game on Friday seemed somewhat of a coming out party, and a positive message to the likes of me, still struggling with where to position the Royals in the current Championship hierarchy.

Whilst acknowledging that Bournemouth are in a bad run, Reading were excellent and dismantled the Cherries in a brilliant first half, that saw them go in three goals up. Reading play with a sturdy defensive shape anchored by the consistent double pivot of Laurent and Rinohmota, balanced with some really good attacking players who have been lethal in front of goal this season.

Friday's starters were, Ejaria the tricky dribbler, Olise the coveted youngster, Swift the playmaking number ten, and Lucas Joao, the frightening mix of skill and power with added consistency this season. Everything blended beautifully against Bournemouth, and injuries permitting, Reading could quickly become odds on for at least a top six finish. 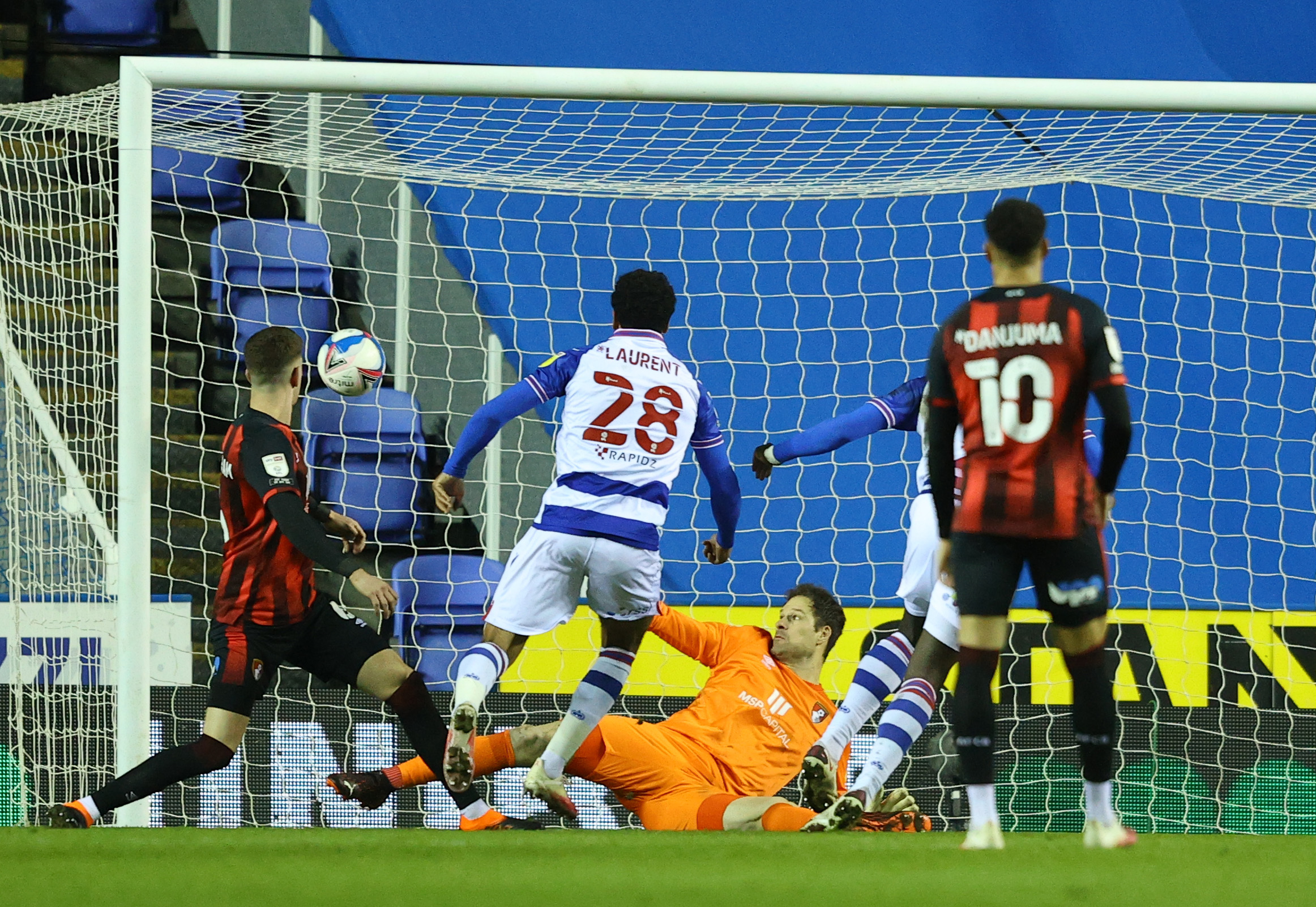 I'm already excited about the wonderful marriage between new Cardiff boss Mick McCarthy and Championship loan star Harry Wilson. Both men have excelled in this type of union, and once the 'getting to know you' period is over, a successful romance will no doubt blossom.

In typically quotable fashion McCarthy already responded to Wilson not immediately starting in his first two Cardiff games 'I didn't realise I'd come to a club where a player has a gilt edged selection guaranteed'. Wilson came off the bench in the Bluebirds game against Millwall on Saturday and changed the game, creating a second half equaliser by threading the ball through for Keiffer Moore to finish.

Once Cardiff are tough to beat, as tends to be McCarthy's strategy, the Liverpool youngster will no doubt find himself starting more games and having more influence in a division he's found to his liking before. 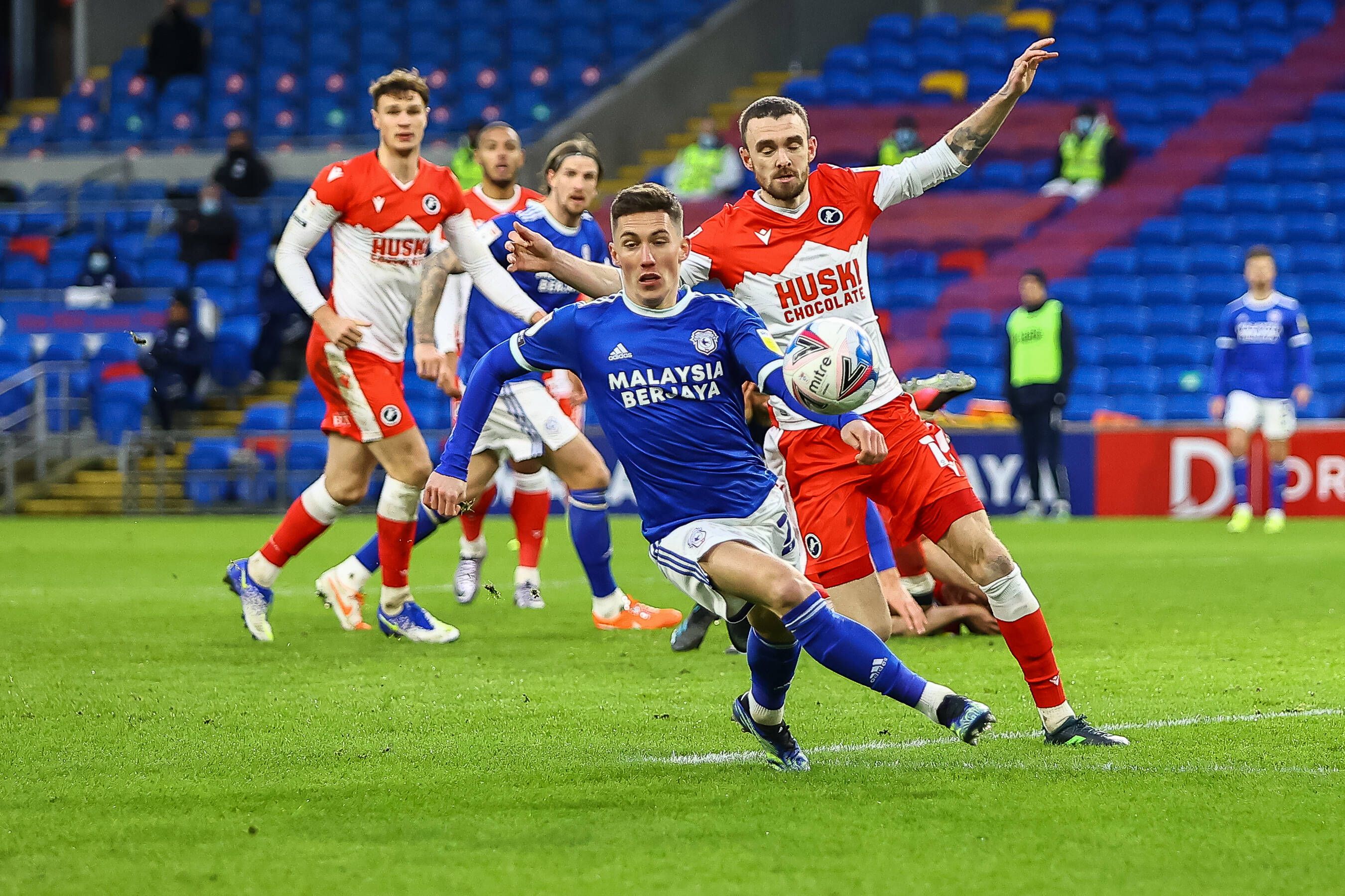 As I write this column the garish yellow branding of Sky Sports transfer deadline day coverage adorns my TV screen. Deadline day has become a TV staple, a circus freak show, where Sky challenge themselves to provide endless hours of coverage of what normally turns out to be about 20 transfer deals. Roving reporters stand outside stadiums, and talk about not very much, as we all tune in hoping our club pulls a rabbit out of a hat.

Although the coverage verges on the absurd, the ramifications of transfer deadline day can be huge for Championship clubs. As with everything currently, Covid has moved the goal posts, and where in the past some aspiring Premier League clubs would have happily dropped a boat load of cash on a Sarr, Buendia, Cantwell, Brooks or King, it may be a little quieter today.

At this stage deals are being done, and like the chain in a property purchase, replacement players are lined up all ready for the optimum moment to shake hands and say yes. I can't tell you yet who did it, but there is a chance that a Championship team will do a deal today that proves to be the difference between a play off place, staying in the division, or even promotion. 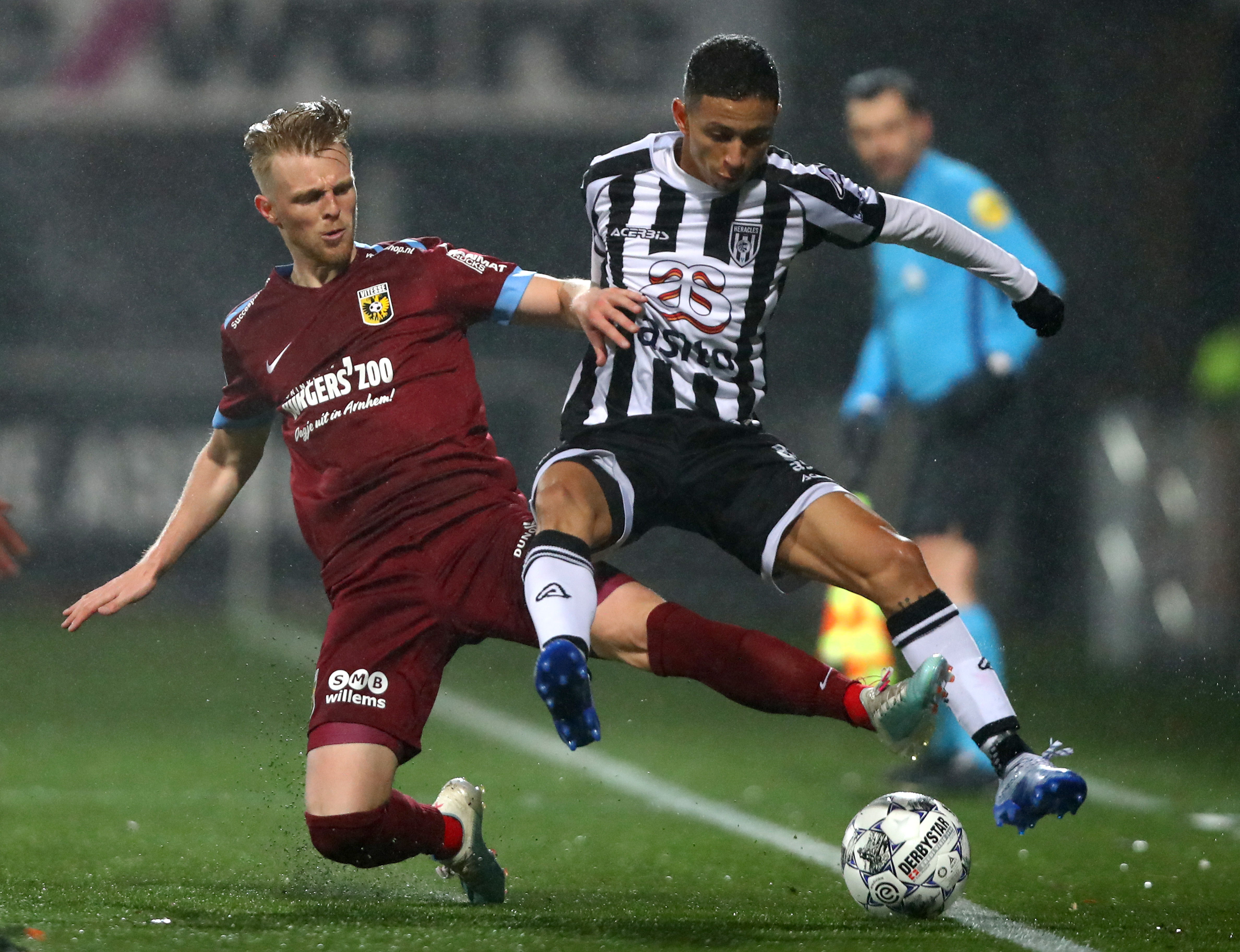 In Norwich's 0-0 draw with Middlesbrough on Saturday, Emi Buendia slid into a second half tackle on George Saville. Buendia was already on a yellow card, in a game where much to the Argentine's frustration, Neil Warnock man marked him, and fellow inside forward Todd Cantwell. As Buendia slid into the tackle he saw Saville getting to the ball and quickly tried to correct course and pull back his boot. Although he managed to do this, it wasn't enough to stop referee Stroud ostentatiously trotting over after playing an advantage, and flashing the second yellow.

Normally I would enjoy a good debate about the rights and wrongs of the decision, but I won't bother this time. It was probably a foul, but I suspect 99% of football fans would say it was a yellow card if the tackle was against their team, and not a yellow card if it was made by their team. In short, we won't get a credible debate.

What is far more significant is the two match suspension that the brilliant but fiery Buendia will now have to serve. Norwich have a massively powerful squad, and may well cope admirably as they have done with injuries this season, but Buendia just feels a different level of importance. 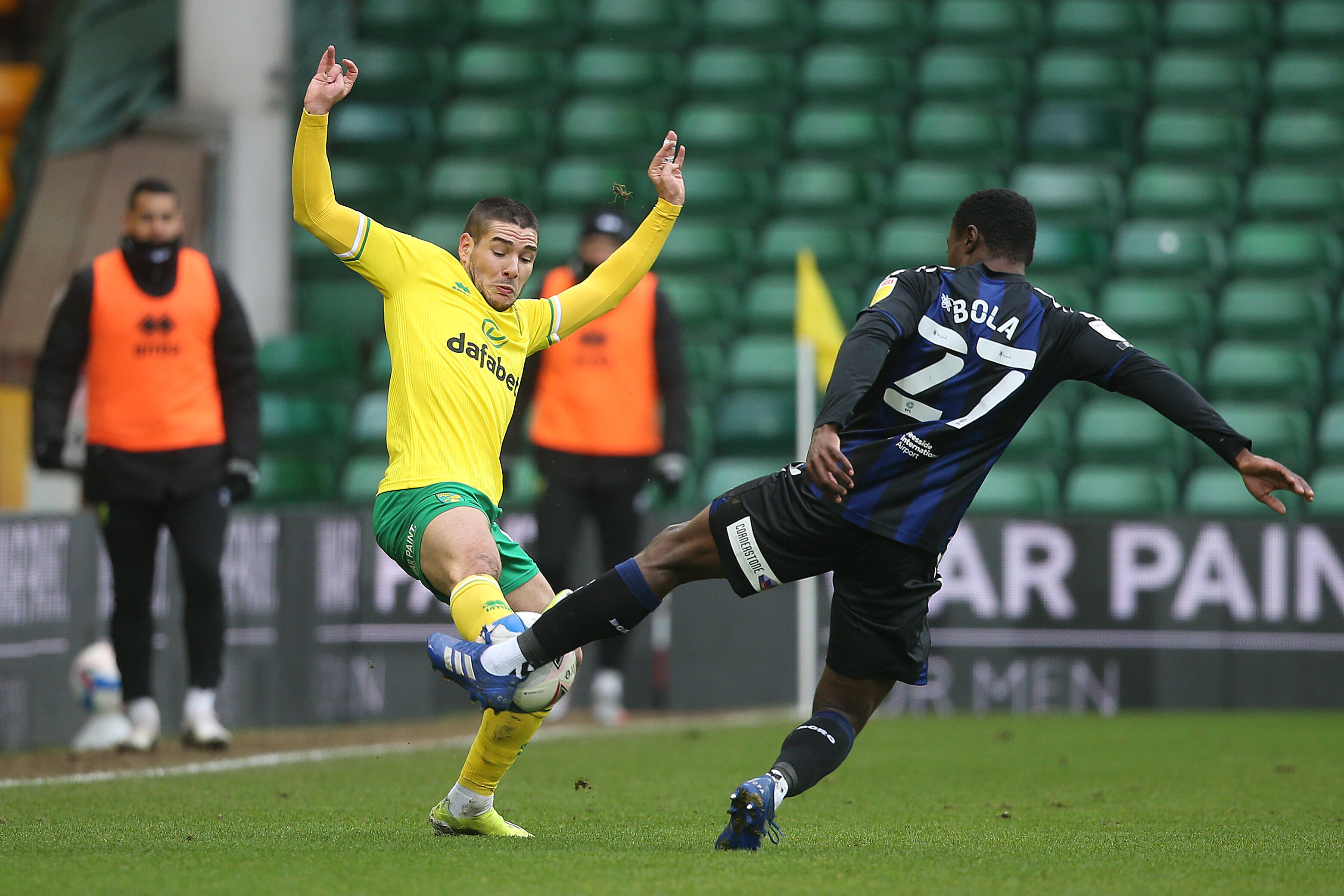