In this week's edition of our Championship review, we celebrate it's return after the FA Cup third round last weekend. Round 24 saw us enter a run of 15 games in 9 weeks, that takes us from the halfway point to the home straight, in this most unique Championship season.

When Chris Hughton took over at Forest he moved quickly to add his old Brighton colleague Anthony Knockaert, to an attacking midfield roster that already included Championship aces Luke Freeman and Joe Lolley. Against Millwall this weekend it was a wholly different set of attacking midfielders backing up striker Lewis Grabban, with Sammy Ameobi, Alex Mighten and Cafu starting, and Ameobi doing the damage.

Ameobi's career has been somewhat of a slow burner. He ultimately failed to make the grade in the Premier League, dropped to League 1 with Bolton, but is now in a second season at Forest, where he has barely missed a game. His reputation precedes him, at worst a little unorthodox and erratic, at best direct, skillful and powerful. This weekend he was the latter.

Ameobi scored twice, as and improving Forest side beat Millwall 3-1. His first goal showed all his qualities, engaging defensive midfielder Woods, making space, and striking low into the corner through the crowd. His second goal was a beauty, running from half way, a one two with Mighten, and an excellent first time curling shot with the left foot, again from outside the box.

It was an excellent double from Ameobi, who, in the face of stiff competition, has found himself at the head of the selection queue in the Forest attacking midfield roster. 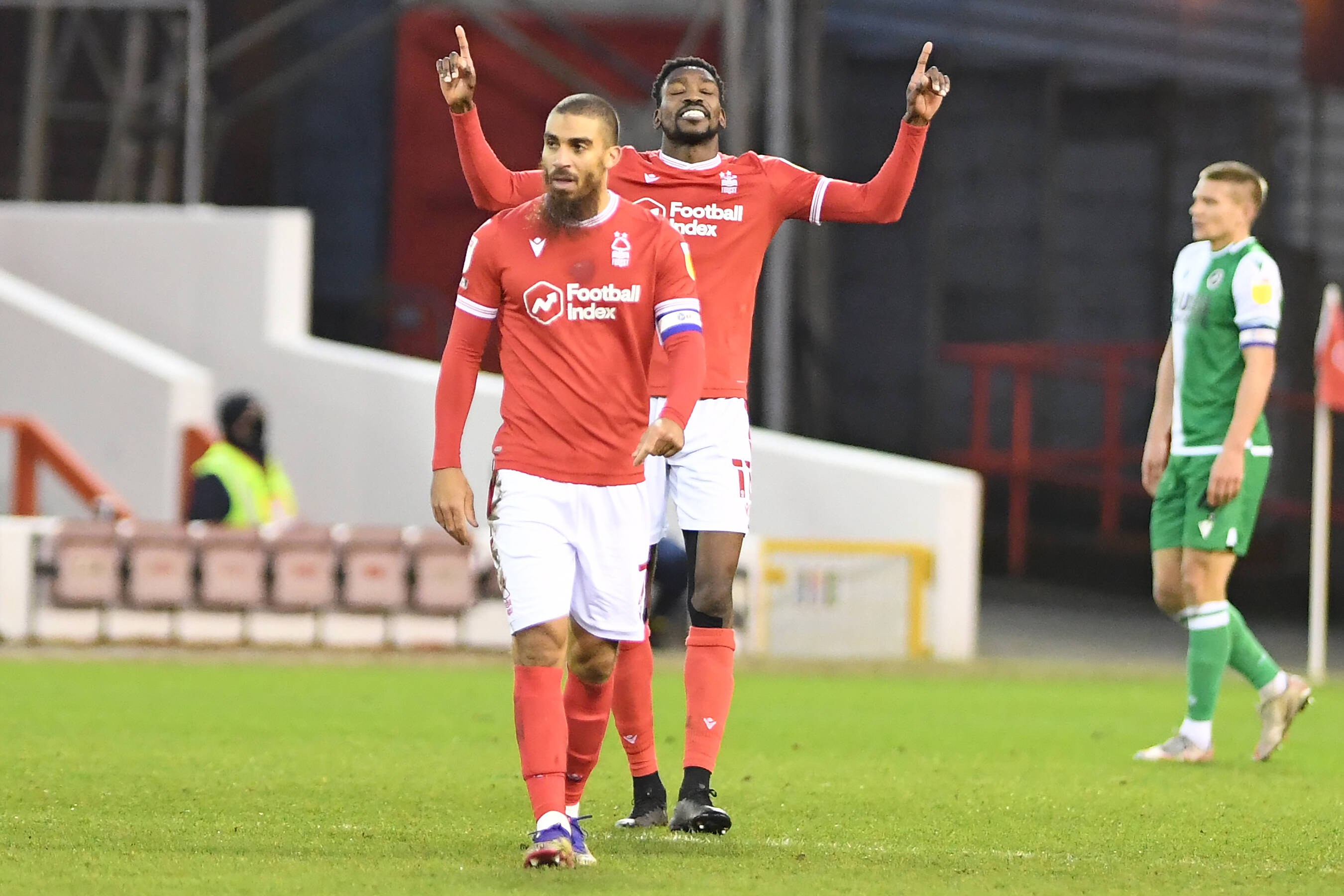 A Rare Rotherham Away Win

To say Paul Warne and Rotherham have found away wins in the Championship hard to come by, would be an understatement in the extreme. Going into the weekend, Warne's Championship away record is a complete horror story, with 30 defeats and a miserable 2 wins in 43 games.

Given Rotherham's size and status at Championship level, they are somewhat predictably in another relegation battle, with the trip to Derby representing a bottom three 'head to head'. To have Rotherham, even temporarily, as an equal adversary to Derby, speaks well of their organisation and stability as a club, and points to exactly the opposite for the Rams.

At Derby on Saturday, Rotherham forced a rare away day win, with Jamie Lindsay scoring the only goal in the 86th minute. The Millers could have been ahead earlier in proceedings, with Michael Smith missing from close range, and captain Richard Wood having an effort disallowed for offside. In the second half Waghorn missed Derby's best opening, and Rotherham took advantage after Barlaser hit the post with a free kick, and Lindsay forced home from the resulting attacking phase.

The one positive thing about Rotherham's away form is that their two wins this season have come at Wycombe and Derby, two direct rivals at the bottom. If they can repeat the trick at Sheffield Wednesday (and maybe a couple of other locations) survival will become a far more realistic prospect. 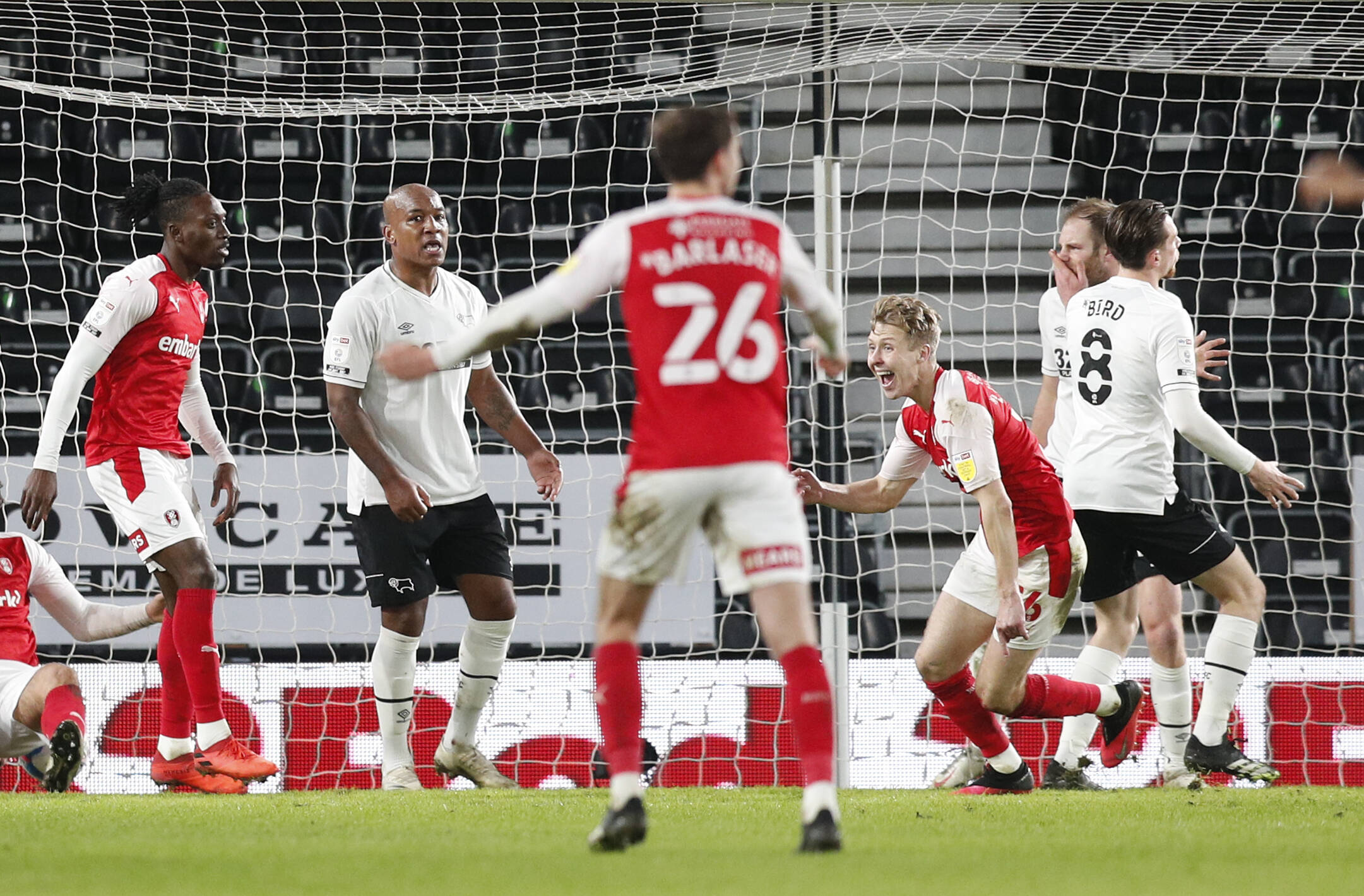 There was no game for QPR this weekend after Wycombe's visit was postponed. The Rs will be disappointed not to have had the chance to follow up their midweek win over Luton against the bottom club in the division.

The victory at Luton was inspired by the return of Charlie Austin on loan. Austin has been a great goal scorer over his career, with the peak being an 18 goals season for QPR in the Premier League in 2014/15. He was promoted with West Brom last season, but was not the influence he has been at previous clubs, contributing mainly from the bench.

His return to Rangers on loan seems to make sense in many ways, and on the evidence of his first game back could be exactly what they need. Austin took just 39 minutes to score on his return, finding space to put in a typical poachers goal. His return also allowed Mark Warburton to give summer signing Lyndon Dykes a partner, a mentor, and hopefully a bit of inspiration in front of goal.

Journalists at the behind closed doors game tweeted about Austin's almost non stop talking throughout his return, and his influence on his old team could see him be exactly the right person, at exactly the right time for QPR. 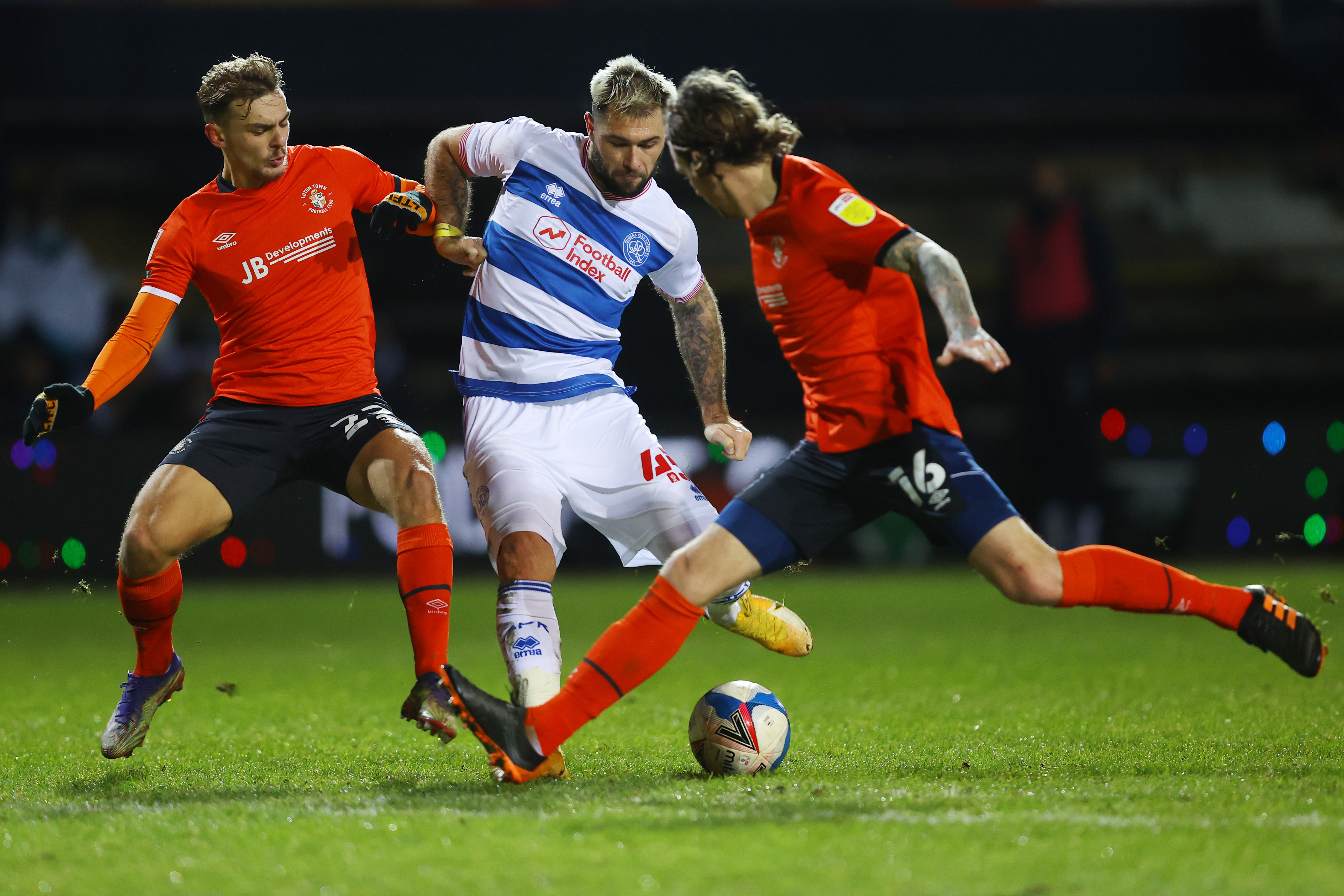 Wayne Rooney has made the step up from interim manager to official full time Derby boss on a two and half year deal. There are not many Championship personalities that draw interest from the entire football world, so Rooney's appointment, and retirement from playing, was a big story.

Before we eulogise about Rooney's spectacular career, we need to live in the now, and Derby are in a mess that Rooney needs to sort out. Owner Mel Morris has gradually shifted his approach in the face of the FFP and parachute payment era. He has moved from signing the Championship big hitters for big fees, to big name loan signings, to building around youth, in the last three seasons.

Although this is probably sensible, it feels too little too late, and the on off takeover that's been 'a week away' for the past few months can't happen quickly enough. If the take over doesn't happen before the end of the transfer window, Rooney and his squad will need to get their heads down and get themselves out of trouble. There's enough quality there, but the Championship has taught us many times that chaos undermines quality.

And then there's Rooney's career. What is there left to say? A bone fide world class footballer dripping in medals and individual accolades. We're very happy to have him learn his trade in the Championship, and the world is watching as the next chapter unfolds. 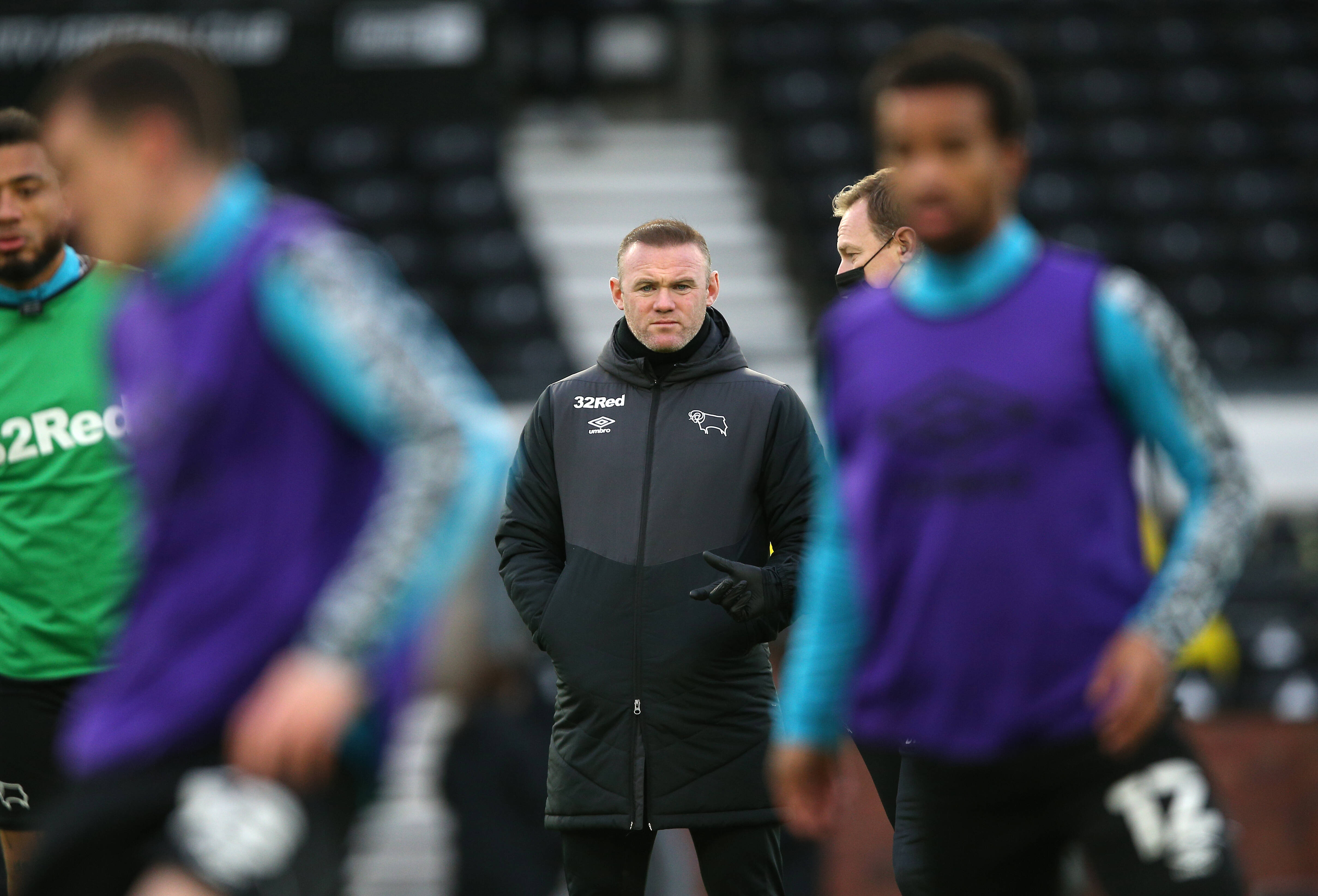 Did Lerma Do It Deliberately?

Death, taxes, and a refereeing decision that has a fanbase up in arms. Forgive me, but we've got to talk about a referee and a red card again, this time David Webb sending off Bournemouth's Jefferson Lerma.

In the murky world of debating subjective refereeing decisions made on the basis of broadly worded laws, we often find ourselves going round in circles very quickly. With that being said, this red card occurred mid way through the first half, and with favourites Bournemouth going on to lose, could be argued as the key moment of this match up.

In simple terms. Lerma jumps clumsily, his arm swings round, his hand hits Lockyear in the face, Lockyear draws blood, Lerma is sent off. Not only do we need our law book for this one, but mind reading skills too. The violent conduct laws cite excessive force and brutality, which didn't seem to be the case here, however part two says anyone who 'deliberately strikes an opponent' is guilty.

Did he do it deliberately? I don't know, referee Webb doesn't know, not even Tom Lockyear knows, although he might have a better idea than most. What we do know, is that on a hunch about a player's intent, are impactful decisions made, and inevitably debated. 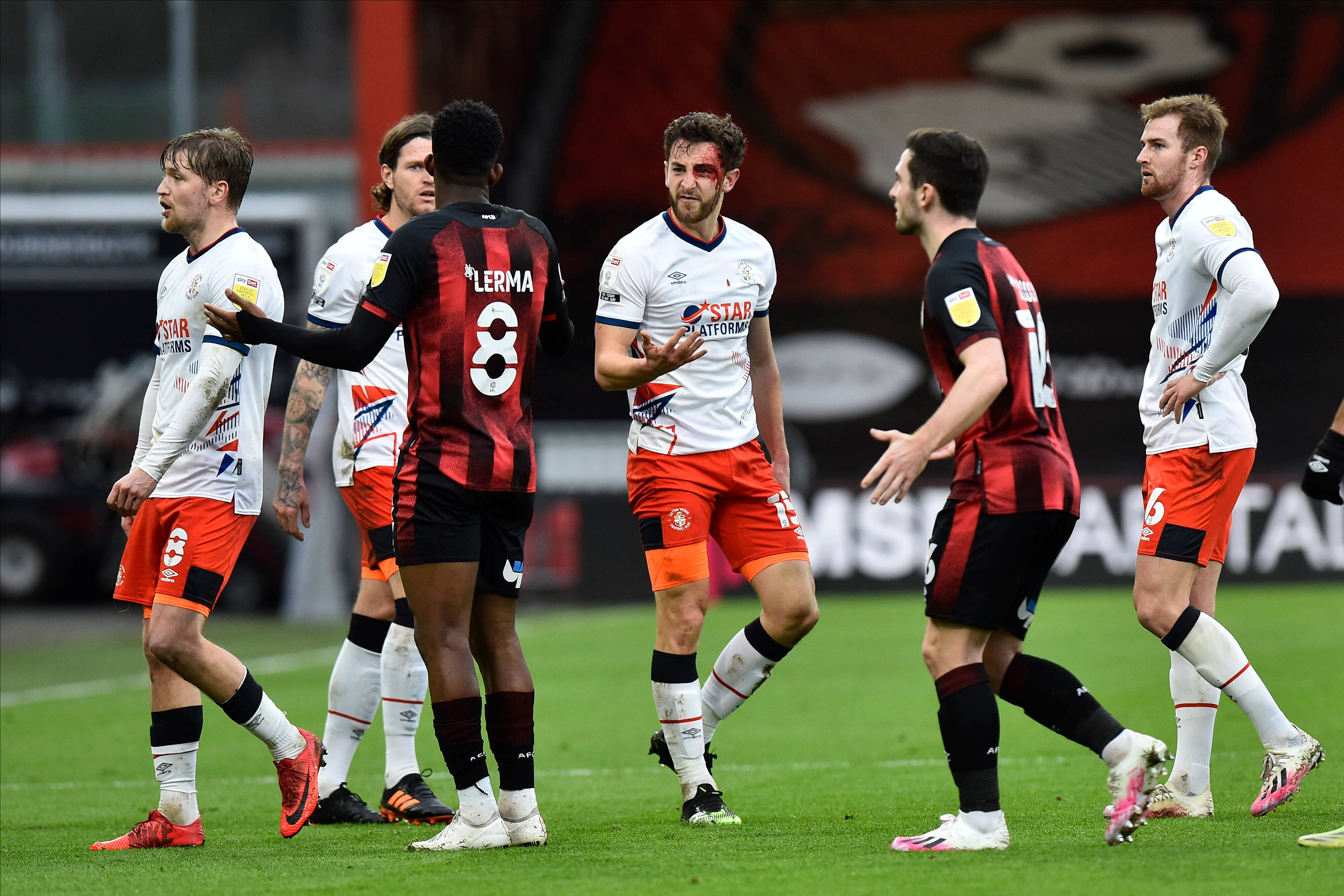