Hull City strengthened their survival chances, Andre Gray proved he can still make the difference at QPR and it's becoming clear the automatic promotion places are wide open after the latest round of the Championship...

It doesn't matter how you get your points as long as you get them, that applies to teams gunning for promotion or trying to stay up. I must confess when I'm looking at teams towards the bottom it tends to be the ones who can semi-frequently pick up wins across the entire season that I back for survival. You see, teams at the bottom just don't do winning streaks. Or do they?

Hull City are looking at survival based on a series of winning streaks and splurges of points being added to their total. The Tigers won just two of their first 15 games, bringing in just nine points at an average of 0.6 points per game. The following six games saw an inexplicable rise to 2.33 points per game as Hull won four straight games and drew the other two. You can make the argument it was a run of easier fixtures clumped together, but it's still an impressive feat, let alone for a team struggling at the bottom.

The three straight defeats that followed made the big chunk of points look like an outlier, but Hull have responded with back to back wins. These two games can absolutely not be described as easy, with the victories coming against currently second placed Blackburn and the team who was second at the weekend Bournemouth. Manager Grant McCann mocked questions about the Cherries' large amounts of possession in Hull's 0-1 win as Ryan Longman's goal took the points.

Hull's unlikely ability to reside in the bottom six yet string together consecutive wins may well guarantee their survival. However it'll be a different survival guarantee Hull boss McCann would like to hear from Hull's newly announced Turkish owners.

Scoring a hat-trick will always shoot you to the top of the list when it comes to player of the week, so it's 'well played' Huddersfield's Danny Ward. This was no ordinary game that Ward scored his hat-trick in as the Terriers won 3-4 at Reading with the score incredibly tied at 3-3 before we reached half time.

Lucas Joao gave Reading the lead, Danel Sinani equalised and Ward's first, a poachers control and finish, gave Huddersfield a 1-2 lead. George Puscas made it 2-2 before Ward got his second, taking advantage of a spill from Reading keeper Luke Southwood to give Huddersfield the lead once again. Michael Morrison equalised for Reading before half time to make it 3-3 but the second half scoring was reserved exclusively.

Ward drilled home the winning goal and confirmed his hat-trick with a sizzling right footer curved into the far corner from outside the box. It was a tremendous strike and I'm reliably informed the first hat-trick scored by a Huddersfield player since they beat Watford 1-4 in 2014. That day the Huddersfield hat-trick hero was, you guessed it, Danny Ward. Ward had departed for Rotherham and then Cardiff, but found his way back in 2020 and found his goal scoring touch this season. That's double figures for Ward, whose exploits help continue Huddersfield's surprising and impressive play-off challenge. 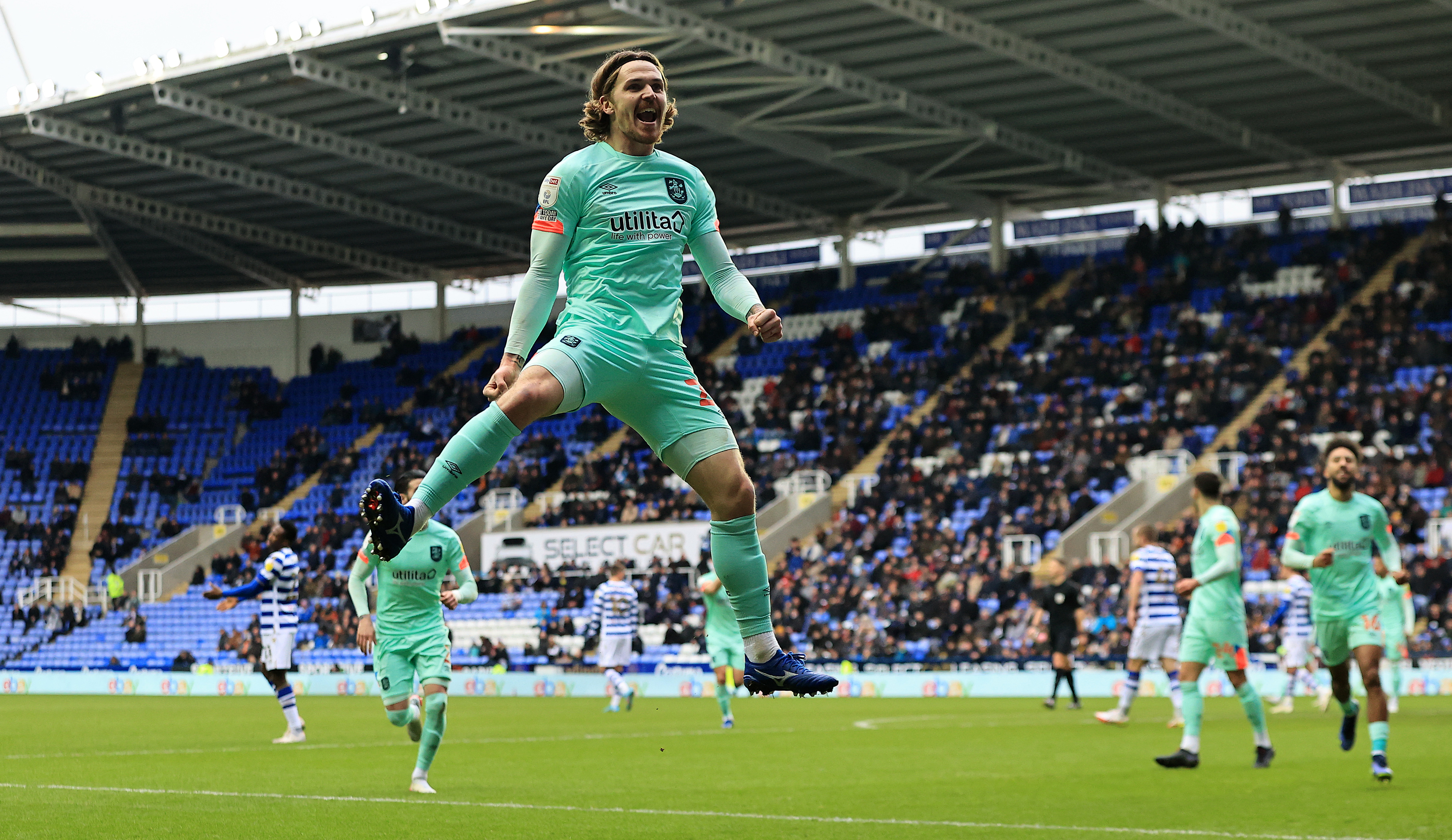 Automatic Race Back On?

A month or two ago the Championship league table was pointing towards a pretty uneventful anticlimax of an end to the season. Down at the bottom Derby's points deduction had them up against it, and Barnsley's struggles meant possibly only one relegation spot was open. It was even worse at the top, with Fulham and Bournemouth looking like careering away with the two automatic places and leaving us to concentrate on the play-off spots.

I can safely report that things seem to have changed for the better in terms of Championship excitement levels. Derby have made a real go of surmounting their gigantic points penalty down at the bottom and up the top things are far more open in terms of the automatic promotion places. Ok, Fulham look like they are away and clear in terms of the title, but at the conclusion of Blackburn's win over Middlesbrough the automatic race looks wide open once again.

Blackburn bounced back from their Hull defeat to beat Boro and take second, the Rovers run is now 11 wins in 15 games. Bournemouth have taken just 12 points from their last 12 games to let the chasers in and right behind them are QPR, who have taken a far more desirable 26 points from their last 12. West Brom have added Daryl Dike to their goal shy attack and surprise package Huddersfield are undefeated in eight games. Just outside the play-offs are traditional big boys Boro, Forest and Stoke, followed by the usual collection of clubs all a good run away from believing in their own play-off push. 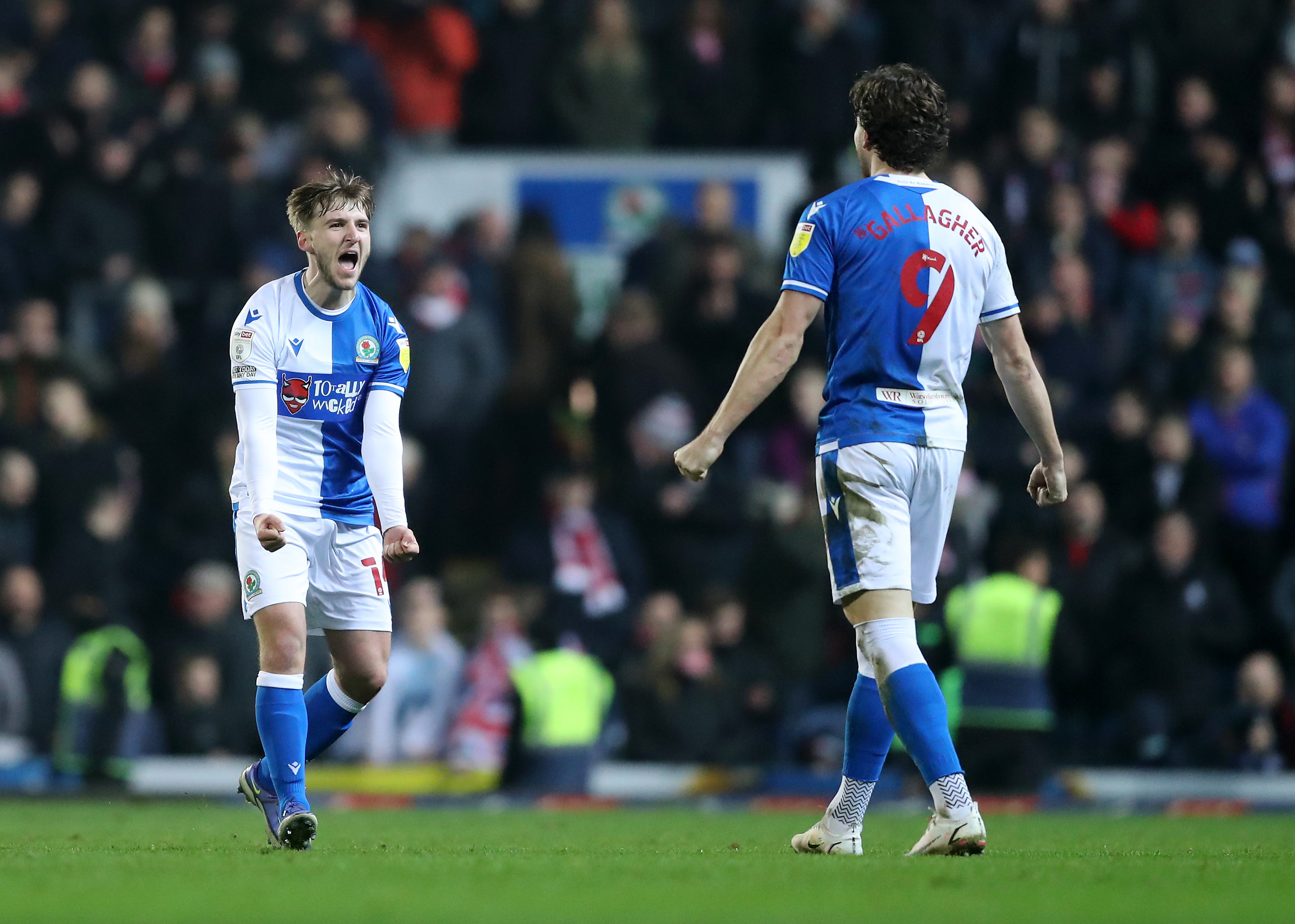 This loanee of the week column is often filled with young players at big clubs coming to the Championship as the first chapter of their career. Today I'm going to take the opportunity to look at a player who has been around the block once or twice and finds himself back in the Championship having been the top scorer in it six years ago.

I'm talking about Andre Gray, who opened the scoring for QPR and is very much part of their cast of attacking in what's looking like a very promising season. Gray knows what it's like to be promoted from the Championship, he's done it twice, both times automatically. We've already touched on his season as top scorer in 2015/16, he traded Brentford for Burnley early in the season and hit a combined 25 goals for his two clubs as Burnley won the title. He was back last season with Watford, although some would argue their promotion was in spite of Gray. The final formula that took Watford to second place was 4-3-3 not requiring Gray or fellow senior player Troy Deeney.

And so Gray finds himself on loan at QPR. Saturday's goal in the win at Coventry means Gray has far and away the best scoring frequency of the Rangers attacking roster. The team scores plenty of goals but they like to share them out and Gray is only one behind top scorer Illias Chair. It looks like Mark Warburton prefers to get both Chair and fellow youngster Chris Willock on the pitch, meaning only one striking place for Gray, Lyndon Dykes and Charlie Austin up front. Dykes gets the nod in terms of physicality, Austin as a pure finisher, but Gray is proving useful as he works towards potential promotion number three. 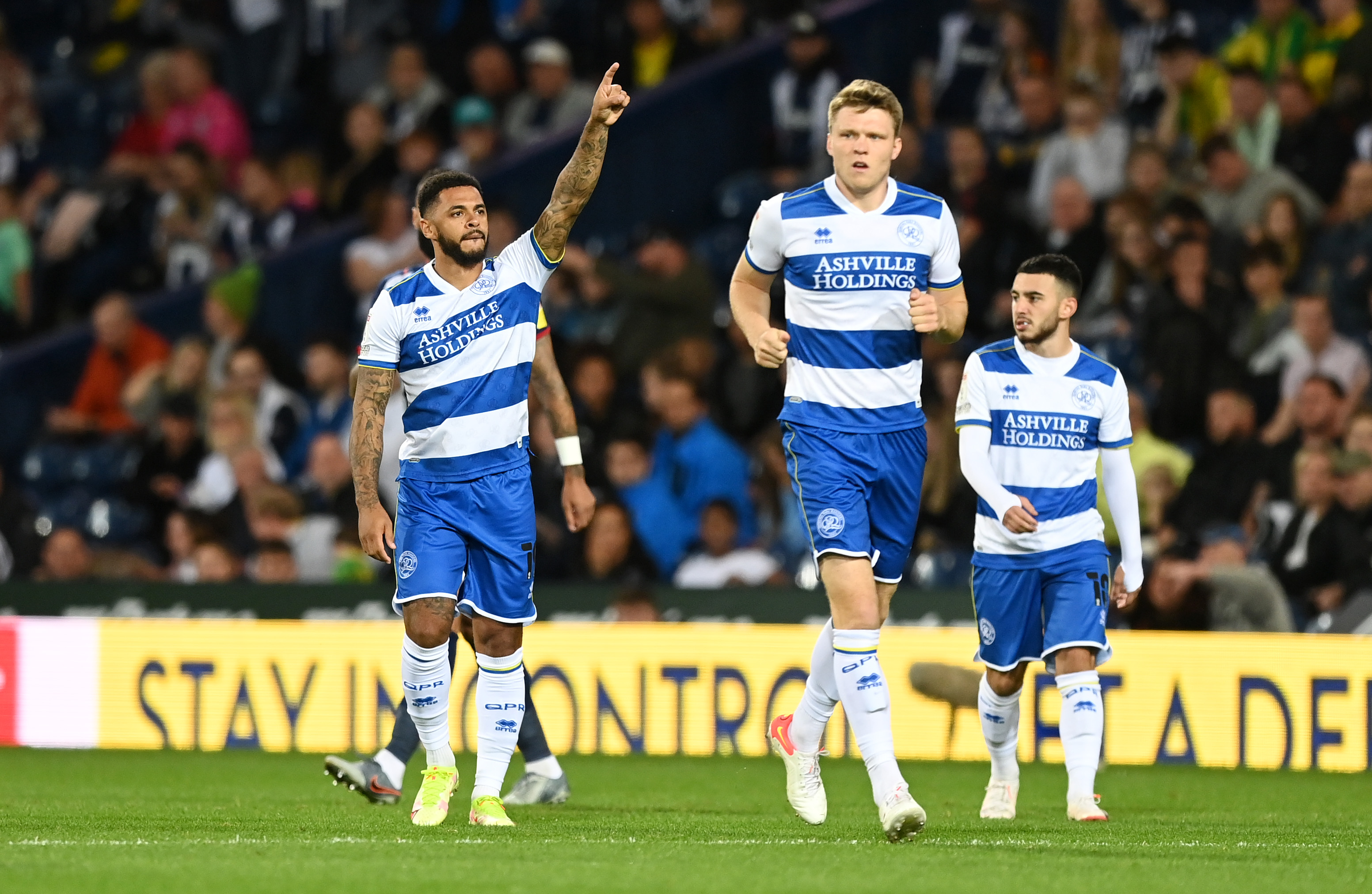