For the opening round of the new Championship season, Hull City returned with a bang - unlike their more fancied rivals as none of the big boys won. Fred Onyedinma, meanwhile, laid down a marker with a five-star performance for Luton.

A few years back I was covering Millwall down at the Den and got chatting with a Lions fan during the game. Anyone who's friends with a Millwall fan will know that they tend to be pretty adept at cutting through the nonsense and getting right to the point. The manager at the time Neil Harris made a sub and on came Fred Onyedinma. I hadn't seen him in the flesh before and asked 'What's he like?'. The reply I got was 'He's really quick. Probably too quick for his own good!'.

That assessment stayed with me, as Onyedinma left Millwall and went to Wycombe, winning promotion and then promptly being relegated with the Chairboys last season. Onyedinma would be staying in the Championship however, as Luton came in for him during the close season. Luton have made a habit of picking up hungry lower league players, and I tried to calm the enthusiasm of a Hatters supporting friend of mine after some good pre-season performances. Wingers always break your heart in the end don't they?

One game down and Fred Onyedinma was on fire in Luton's 3-0 win over Peterborough. Luton scored three, Onyedinma assisted two and scored the other. It often takes time for players to grow into their potential, and with plenty of time since I first laid eyes on him, perhaps Fred isn't too quick for his own good any more. 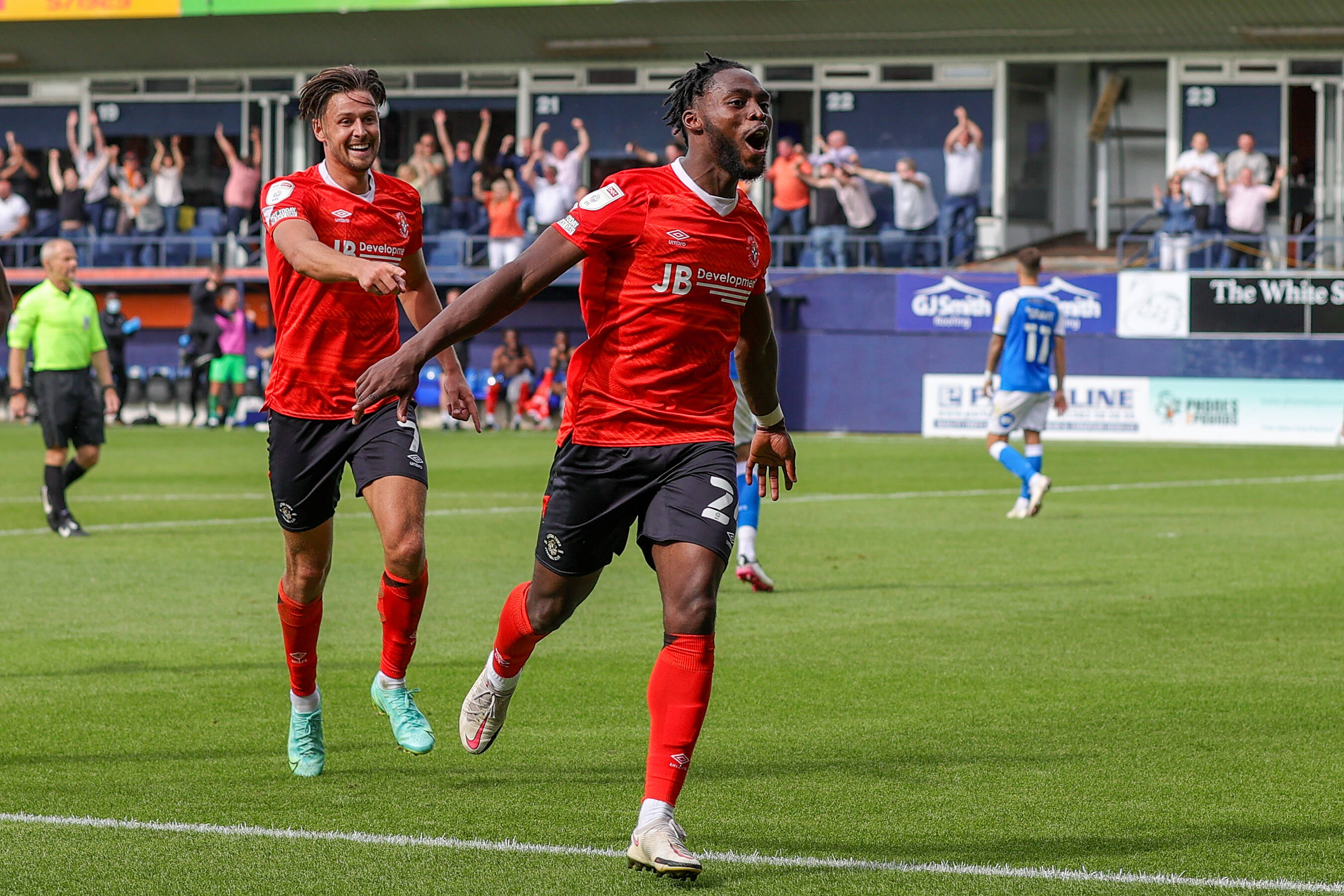 Fred Onyedinma ripped it up for Luton

Hull made their return to the Championship in impressive fashion with a huge away win at Preston. The Tigers were relegated in 19/20, going into freefall after selling star players Bowen and Grosicki in the January window. They stuck with manager Grant McCann post relegation and won League 1 at the first attempt, confirming their return back up to the Championship.

The one thing promoted League 1 clubs have over many existing Championship opponents is momentum, and Hull kept up last season's promotion winning standards to end the first weekend of the 21/22 season on top of the table. The Tigers actually went behind on their way to their opening day win, Emil Riis gave Preston the lead converting on the back post, but Hull were level before half time when Keane Lewis-Potter poked home Richie Smallwood's threaded assist. Smallwood then gave Hull the lead with a deflected long ranger in the second half, with Josh Maggenis and Andy Cannon adding late goals to turn a good win into an excellent one.

With League 1 littered with big names, and appearing stronger than ever, much is expected of last season's promoted teams. Hull may themselves be in a very different position when we're all done in May, but they're clearly a team used to winning, and whilst that continues can deservedly look up rather than down. 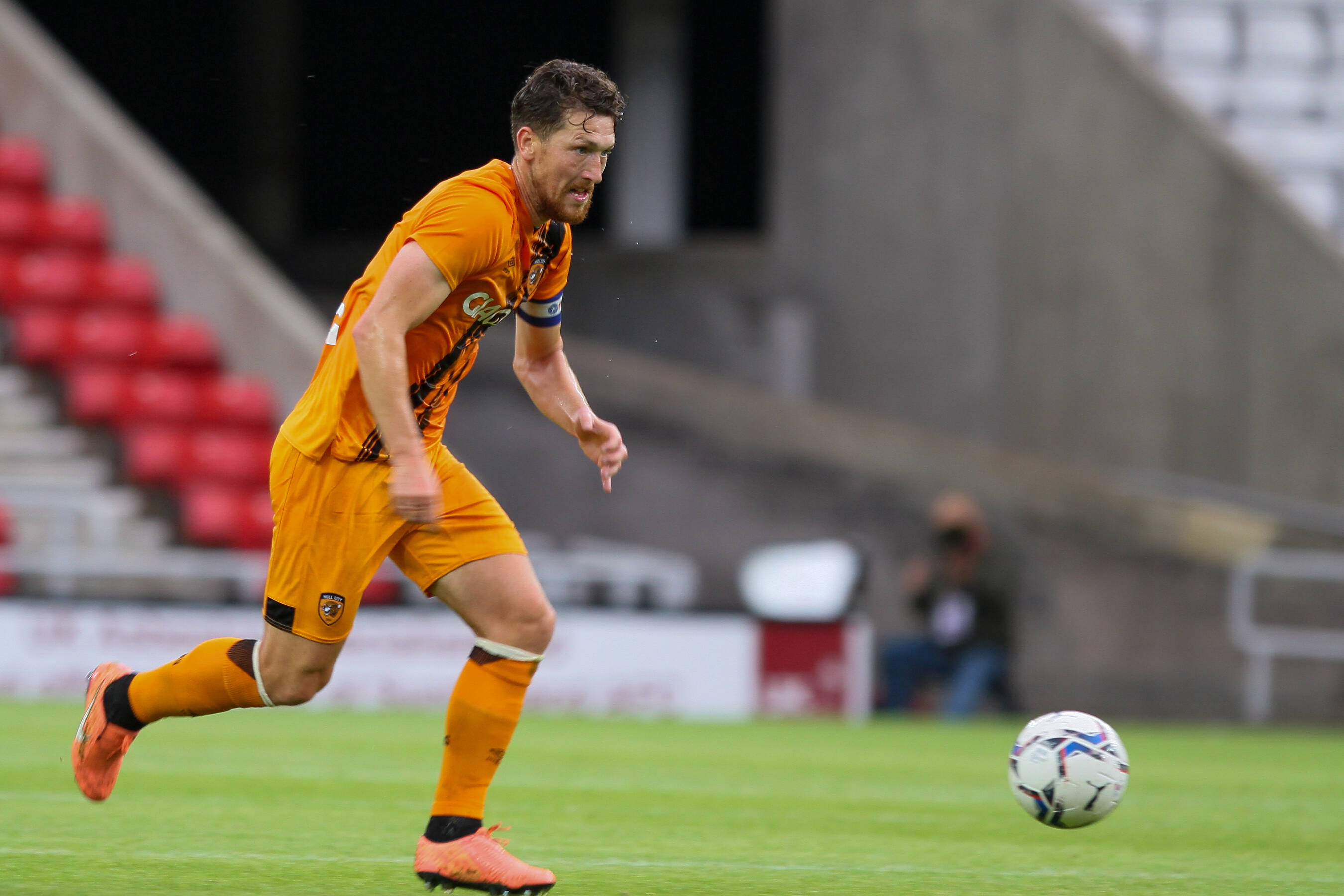 Smallwood inspired Hull on the day

The return of fans for this weekend of fixtures has been a long time coming, and despite a few short term pilot events last season, it was the first fully attended round of fixtures since the weekend of 7th March 2020. The whole footballing community has had to be very patient in getting back to a home game, but supporters of Coventry have had an even longer wait.

The Sky Blues troubles have been well documented, with the ownership of the Ricoh Arena and rental issues becoming an ongoing saga. The latest manifestation of these troubles meant Coventry had played the past two seasons as Birmingham's guests across the West Midlands at St Andrews. At the back end of last season it was announced that Coventry would finally be returning to home to what's now known as the Coventry Building Society Arena, and the first game back was Sunday's clash with Nottingham Forest.

Our goal of the week therefore is not an aesthetically beautiful masterpiece, but a hugely significant bookend to a nomadic last couple of years at Coventry. When I say it was not aesthetically pleasing, I mean it was really a scruffy goal. But, as the ball bounced around the box in the 96th minute with the game level at 1-1, there was something very symbolic about Sky Blues captain Kyle MacFadzean scoring to send the returning fans home with a dramatic victory. There will be plenty of time this season to talk about slick passing moves, and long range rockets, but we'll go for the symbolism and narrative of Coventry's winner for our first goal of the week. 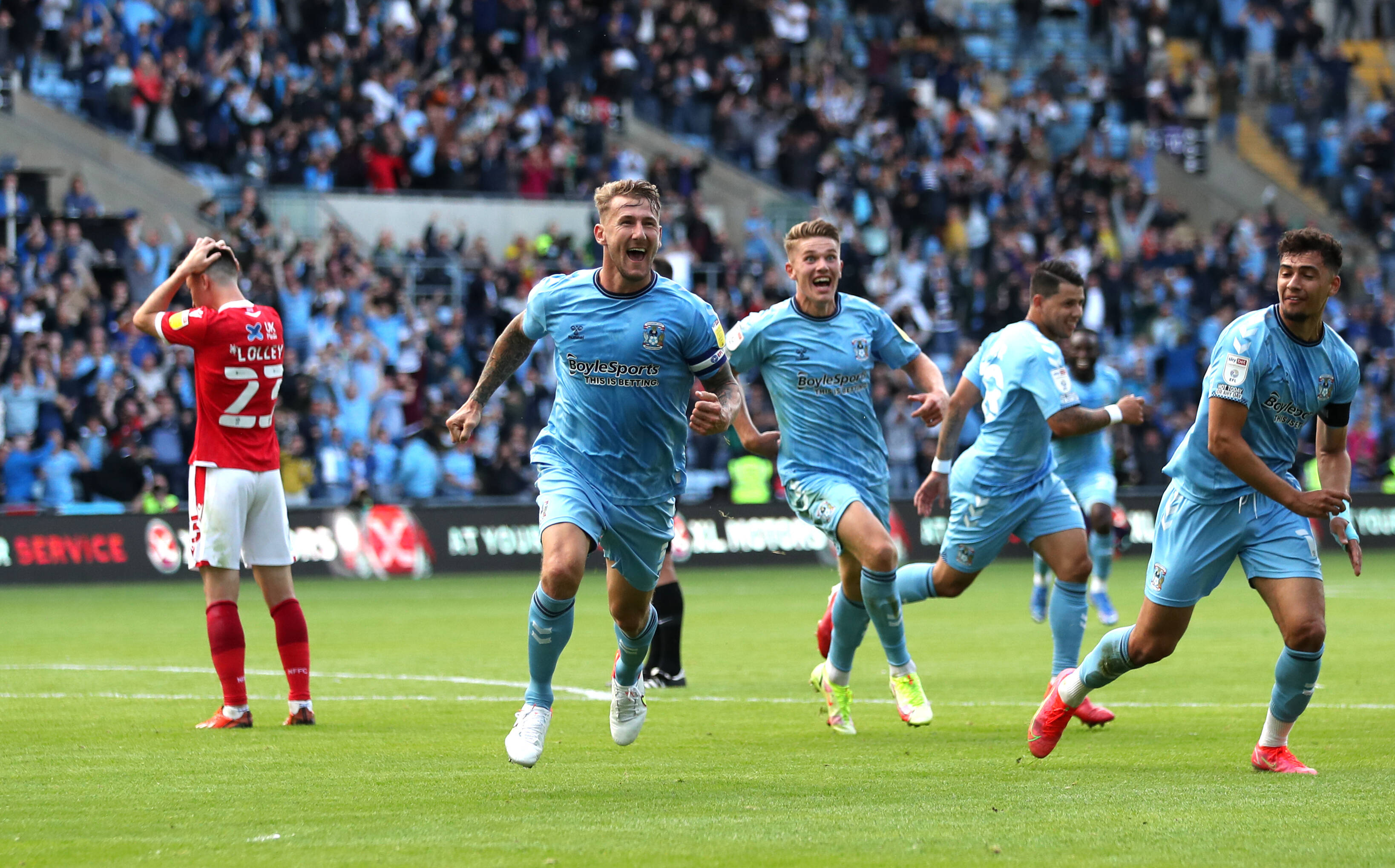 After Norwich and Watford took the top two spots last season, with Swansea, Bournemouth and Cardiff not far behind, a lot of pre-season predictions had a very similar look about them. We're talking of course about recently relegated teams, and those juicy parachute payments that with all other revenues virtually disappearing for a year or more, allowed their recipients to dominate the top end of the Championship last season.

The general financial picture around the division this season made it hard to look past this season's big boys, West Brom, Fulham and Sheffield United, plus Bournemouth going into year two of their parachute payments. Round one saw all four of our pre-season favourites take their bow, and four new managers take control of their new clubs for the first time. Somewhat surprisingly, none of them won.

We can probably give a pass to West Brom and Bournemouth, as they played against each other in a day one parachute pairing at the Vitality. An entertaining game ended in a 2-2 draw, with both managers probably pleased to come away undefeated in a tricky first match up. For Sheffield United it was a tough Saturday night, as the Blades, under the traditionally 'slow burner' Slavisa Jokanovic came up against a Birmingham side who clawed their way away from relegation under Lee Bowyer at the tail end of last season. Birmingham turned out to be a tricky opponent for the Blades, and Bowyer's men battled to a hard fought one nil win.

On Sunday it was Marco Silva making his debut in the dugout as Fulham manager against Middlesbrough, and when new signing Harry Wilson gave the Cottagers the lead it looked like we might actually get a winner from our supposed big four. Opposing manager Neil Warnock has been doing this longer than some managers have been alive, and nobody was really surprised when Boro's first shot on target from Marc Bola on 77 minutes flew into the corner to earn the Teessiders a point.

So, no wins for the big four on opening day. If the script is as we're imagining then this could be a rarity, but it's the tiniest head start for all the dreamers in the battle of 'haves' versus 'have nots'. 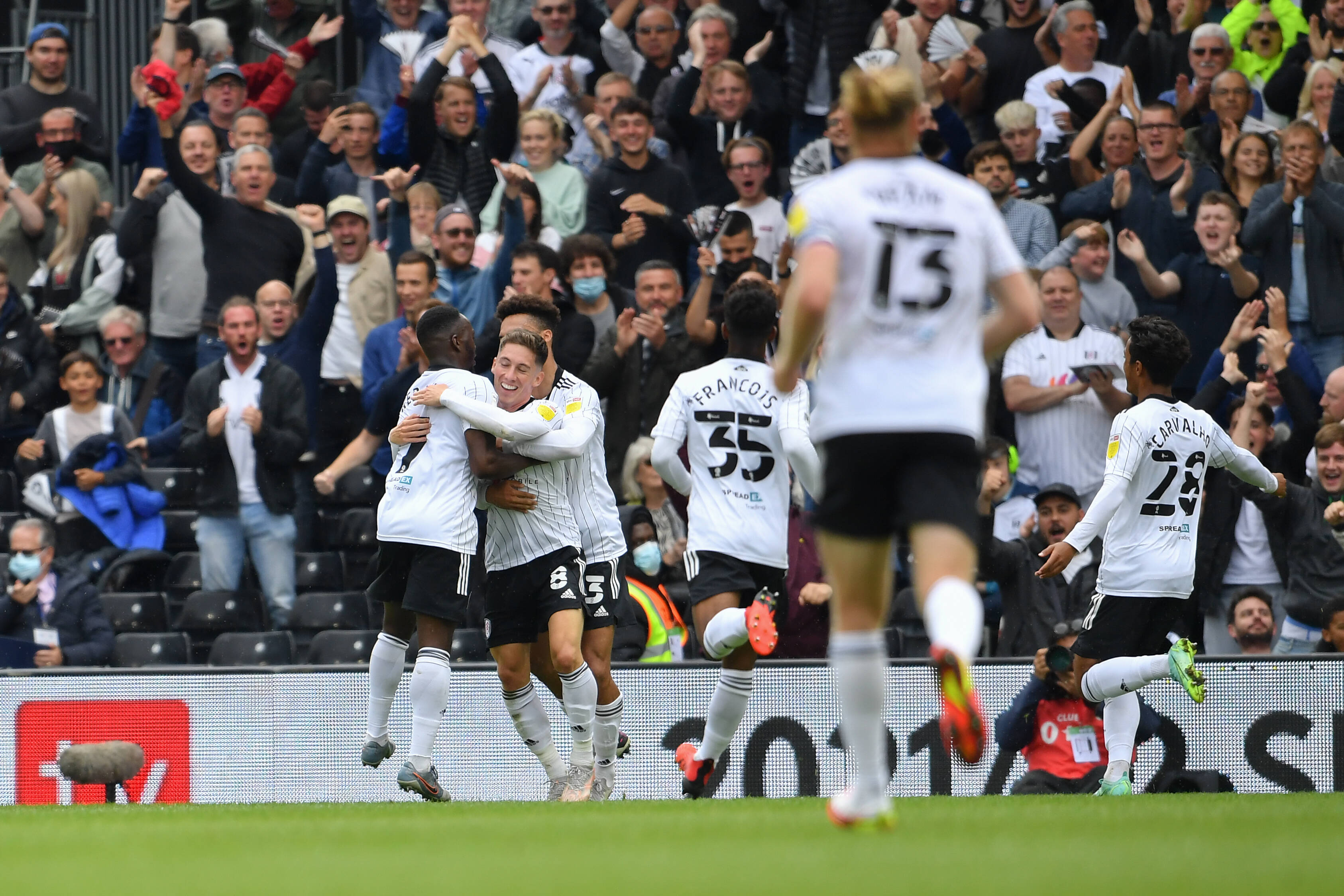