Championship review: Holmes back at Huddersfield; Woodgate can do a Parker; Classy QPR

A surprise decision at Bournemouth, Brentford's season suddenly stalling and a couple of goals for an old favourite all made the headlines from this week's Championship review.

There hasn't been much in the way of good news for Huddersfield recently, and they went into their game with Swansea on a run of seven defeats in nine. What transpired was perhaps the most surprising result of the weekend, as the Terriers cruised past promotion chasing Swansea 4-1 with two second half goals from Duane Holmes sealing the deal.

Holmes moved to Huddersfield in the January transfer window. He had started his career there, but moved to Scunthorpe, and spent the past couple of seasons in the Championship with Derby before his recent return. Whenever I've seen him play, Holmes has provided drive and energy in midfield, but always seemed to be utilised in a slightly different way, perhaps a victim of his own versatility.

On Saturday Huddersfield appeared to switch team shape and match up with Swansea's three at the back, with Holmes used slightly further forward than expected supporting Frazier Campbell up front. Campbell scored the opener, but Hourihane equalised in first half stoppage time with a crafty free kick. The game swung heavily in the Terriers favour after half time, with a golden six minute period seeing three goals fly in.

Lewis O'Brien scored the first, and then it was down to Holmes to finish off Swansea. His first goal owed much to a midfielder's instincts, arriving from deep to convert Rowe's neat through ball past Woodman in goal. The second was an absolute peach, with Holmes way out on the left corner of the box, dipping a beautiful long ranger into the top corner, a killer blow if ever there was one.

The two goals represented Holmes first since returning to Huddersfield, and gave the Terriers their first win in 10 games. Huddersfield fans will hope there is more to come from Holmes as this stand out performance moved them out of the bottom six. 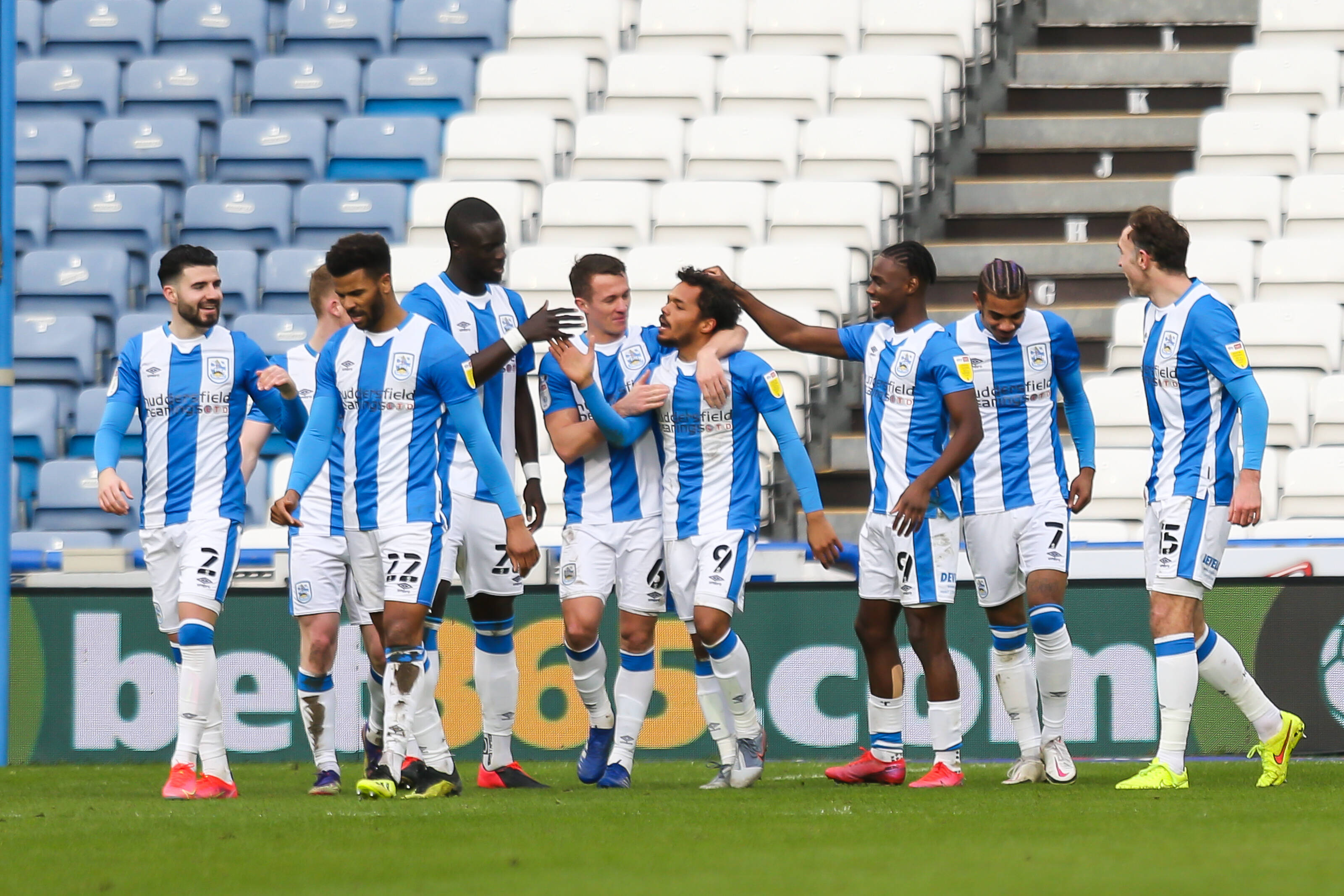 Rangers beat Blackburn last weekend, and moved onto home games against top six sides Brentford and Bournemouth. They came from behind to beat the Bees in midweek, and dispatched Bournemouth on Saturday to record an impressive sixth win in their past seven games.

A tight first half ended 0-0, but QPR took the lead just before the hour mark, as Stefan Johansen pounced on an errant pass out from the back and slotted home. Johansen's signing has been somewhat overshadowed by the return of Charlie Austin, but the Norwegian has four wins from four as a Rangers player. Shane Long bundled home an equaliser for Bournemouth, before Todd Kane, forward from right wing back swept home the winner.

QPR have now transitioned from a run of ten games without victory, to six wins in seven, and moved away from the bottom six, to within sight of the top half. I'm sure fans of the other teams who matched the Rs nine point week will suggest we should be hailing their team, they always do, but given the two top six sides defeated, QPR are my team of the week.

When Daryl Dike signed for Barnsley on loan I knew little about him, other than the Barnsley press team were keen for us to know his name is pronounced 'Dee-Kay'. Some quick research told me Dike was 20 years old, arrived from MLS side Orlando City, and was fresh off an autumn run of four goals in four games.

When I sat down to watch Barnsley's excellent 0-2 win at Brentford, I saw Dike for the first time, as he played in a front three who's incessant pressing suffocated Brentford and ended their 21 game undefeated streak. Dike didn't start the midweek win over Blackburn, but returned to the first team for this weekend's win over Bristol City, with his 82 minutes on the pitch representing both growing match fitness, and trust from manager Valerian Ismael.

We can easily fire a lot of cliches in Dike's direction, and being young, inexperienced, and a powerful striker, I'm sure he'll be called 'raw' and maybe with reasonable justification. Barnsley have an option to buy Dike at the end of the season, and with the US market seemingly more viable than ever in the recent window, he could be the latest smart piece of recruitment by Barnsley's innovative set up. 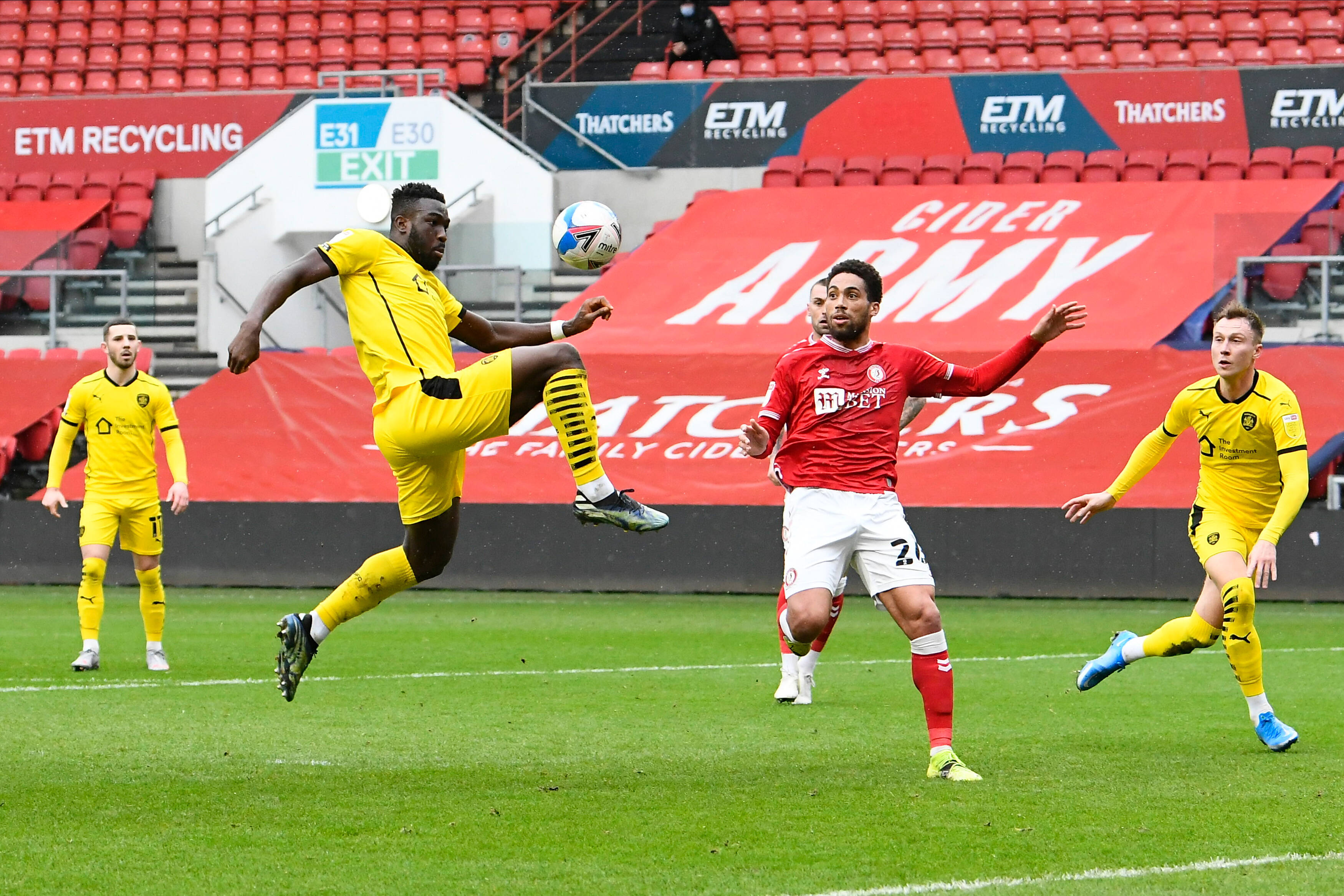 Brentford have come crashing down to earth this past week, as 21 games undefeated turned surprisingly into a three game losing streak. All undefeated runs have to come to an end, and Barnsley's brave pressing performance was very much deserving of knocking the Bees off their perch. The following defeats against QPR and Coventry however, felt a little more sloppy, Brentford led at halftime at Rangers and ended up losing, and the defeat at Coventry saw the Bees concede from a clumsy penalty, and some even clumsier passing out from the back.

Three defeats are of course cause for concern, especially considering the Coventry game finished without injured key players Rico Henry, Ivan Toney, Christian Norgaard and Pontus Jansson on the pitch. This week gives Brentford home games against Sheffield Wednesday and Stoke, where four points is a must, with leaders Norwich capitalising on the Bees horrible week and going seven points clear.

There is so much to admire about how Brentford have made themselves genuine equals of those relegated teams in receipt of parachute payments, and anyone who understands the bigger picture at the club, and in the Championship as a whole will know years of good work have gone in prior to this season. The reaction to Brentford not making it over the line last season, and this current three game wobble is very telling, the Bees are obviously a very real threat in the heads of supporters of more historically established and wealthy clubs. Whilst I find the 'bottlers' tag a bit childish and inarticulate, you know it's only going to become more popular the longer this poor run continues.

I put a poll out for people to vote on via my twitter account yesterday, there were two answers, 'Inside the top 6' and 'Outside the top 6'. The question was 'With Jonathan Woodgate now appointed manager, where do you see Bournemouth finishing?'. With the votes counted, it's safe to say that Woodgate's appointment is viewed with much scepticism, and 78% of those polled now see the Cherries dropping out of the top six.

No managerial hire guarantees success, and the Championship is especially unforgiving, with it's longest serving managers, Ainsworth, Warne and Farke, all either being promoted or relegated into the division this summer. Woodgate has signed until the end of the season and the equation seems simple, get promoted, or get fired trying.

The biggest contention amongst those sceptical about Woodgate's appointment is his lack of track record, his only previous experience coming last season where he left Middlesbrough in a relegation battle with wily old Neil Warnock brought in to save the day. The Bournemouth job is a better fit, they have many players with recent Premier League experience, a better technical standard more suited to what Woodgate was trying to do at Boro, and if he can survive past the end of the season, those helpful parachute payments.

I'm on the fence, it seems far too basic to look at last season and predict failure, it can't be that simple, can it? My experience tells me to judge with caution, I spent the whole of last season being told that Scott Parker was not ready for the Fulham job prior to them winning promotion. My retort for those questioning Woodgate will be the same I used for those questioning Parker, I'll tell you whether he's any good at the end of the season! 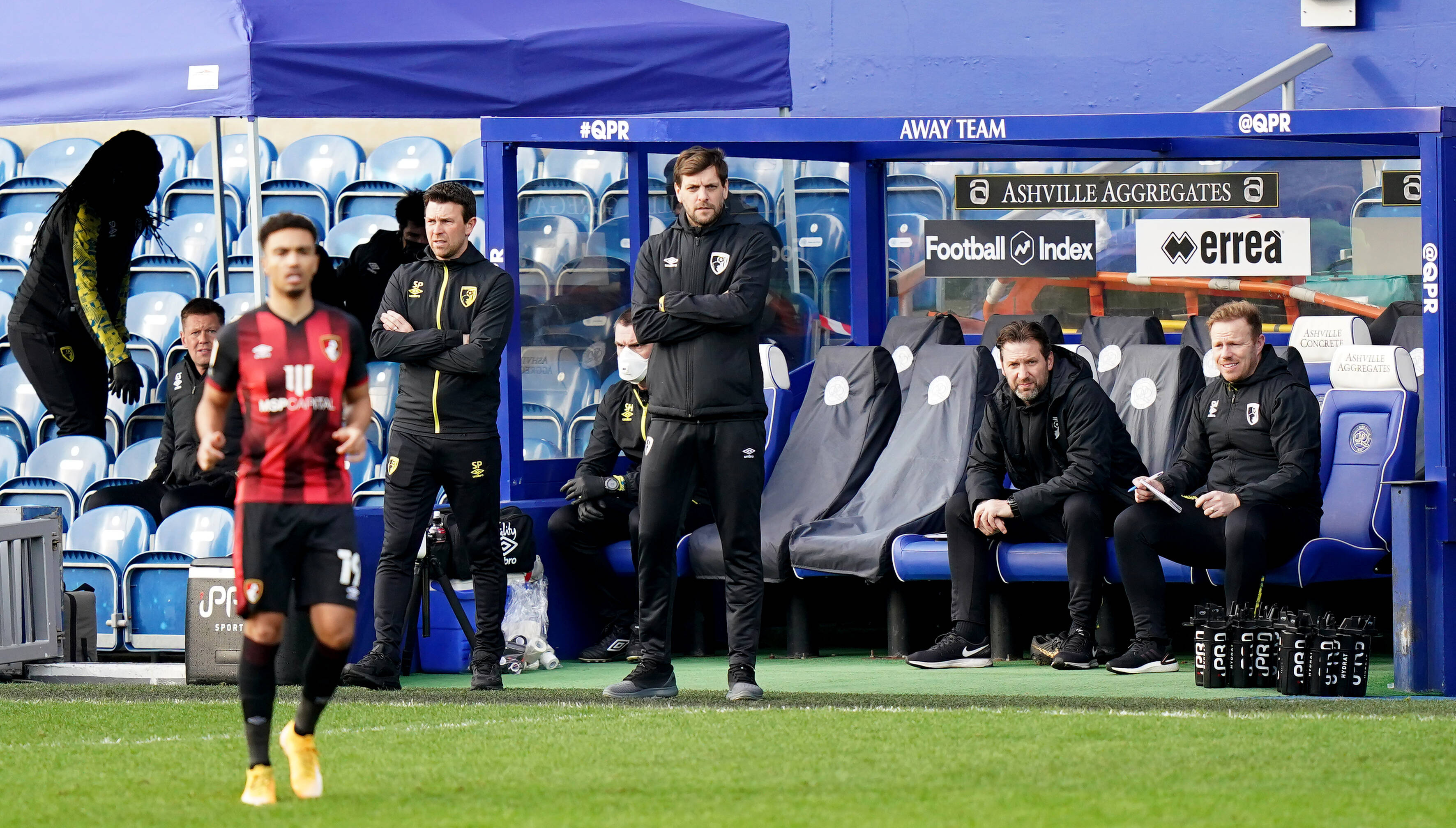