Karlan Grant offered West Brom fans hope for next season, Luton Town boss Nathan Jones was emotional after securing a playoff place and Peterborough hammered five past Blackpool as they went down in the final round of the Championship this season...

Before we get to the serious stuff of the play-offs, I feel it's only right to first celebrate the widest margin of victory in the final week of the Championship. That accolade went to already relegated Peterborough, who thumped already safe Blackpool 5-0. The last day of the season always throws up some weird results but the sense of 'what might have been' for Peterborough fans will have been very real watching this one. Goals from Johnson Clarke-Harris, Sammie Szmodics (x2), Jack Marriot and a lovely curler from Jack Taylor saw Posh record their biggest win of the season. There isn't too much of a sample size in terms of Peterborough wins this season, this was number nine and meant they moved clear of Derby into 22nd place.

The focus for Peterborough will obviously now be promotion back to the Championship. They have been perennial League 1 challengers for much of the past decade and will need to dip straight back into that knowledge base. For what it's worth the 16 points Peterborough scored in the last 12 games of the season would've been a plentiful enough supply to keep them safe across the season , with the obvious caveats of the end of term drop in intensity from direct opponents and those guaranteed safety directly above them.

Grant McCann is the man who guided Posh to those points having taken over in late February and he seems uniquely qualified for the job ahead. McCann is a returning former Peterborough boss who knows the club and he won League One with Hull City in 20/21, so he also knows the task ahead and how to complete it. We've seen Rotherham bounce straight back from relegation this season, there will be an expectation that Peterborough can do the same. 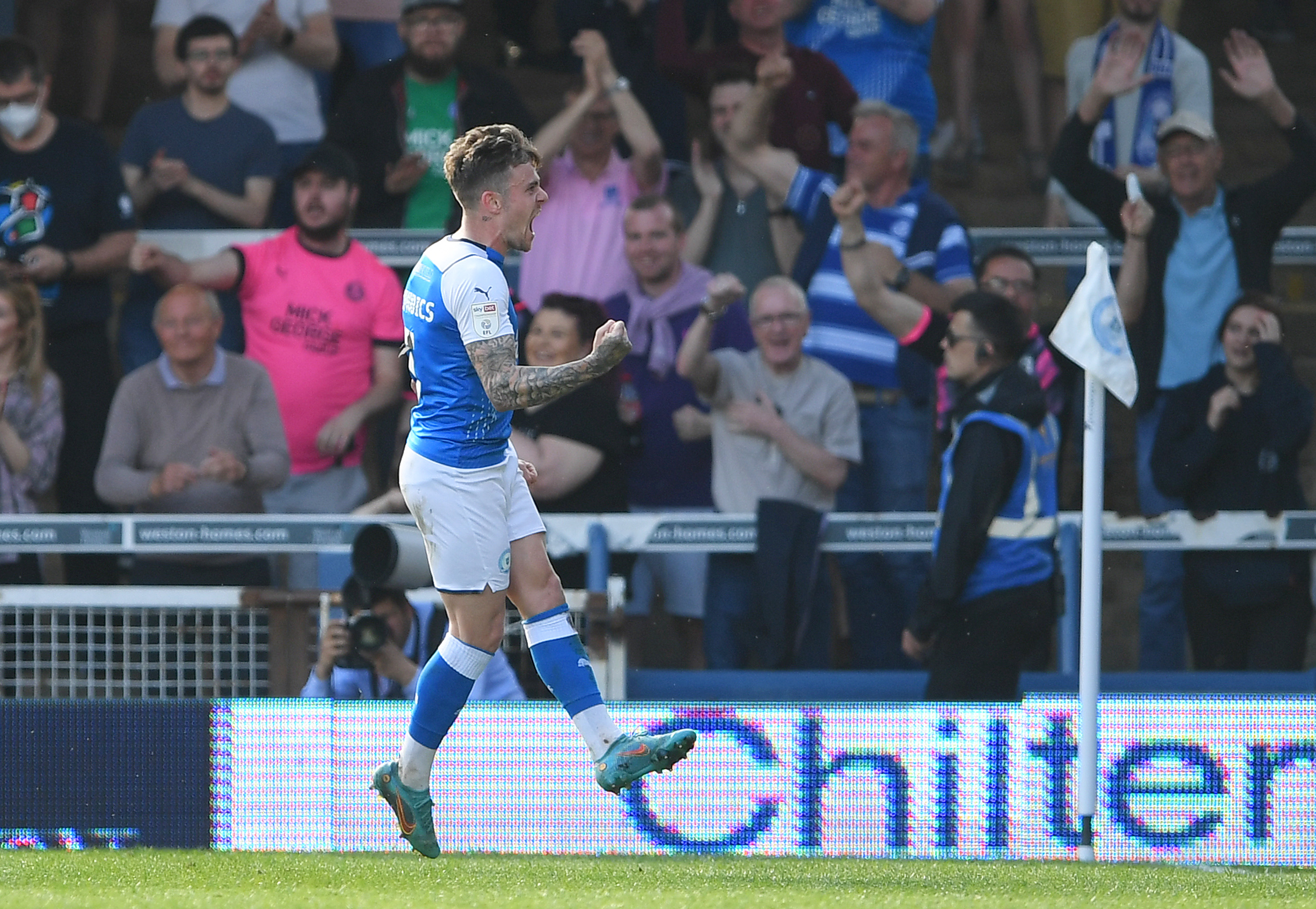 West Brom striker Karlan Grant scored his 17th and 18th goals of the season during a final day thrashing of Barnsley at the Hawthorns. The Baggies have been linked to Barnsley all season after Tykes manager Valerian Ismael and captain Alex Mowatt switched from Yorkshire to the Black Country pre-season. That particular bit of business didn't really work too well for either party, Barnsley are headed for League 1 having finished bottom and West Brom fell short of the promotion push expected of a year one parachute team.

Looking at the positives for West Brom would probably have you talking about top scorer Grant and maybe the know how of recently installed Steve Bruce. I suspect some football followers would reasonably challenge me on that second point so I'll focus on Grant, who Bruce will surely rely on for any promotion push next season. The 18 goals scored by the former Charlton frontman is one shy of the 19 he got for Huddersfield in the 19/20 season. West Brom and Huddersfield fans will likely conclude both of those tallies were hit with teams that were not necessarily winning machines. Manager Bruce will hope Grant can break the 20 goal barrier next season, given his previous record, the fact he's 24 and English, he could well be the jewel in the crown at Albion next year. 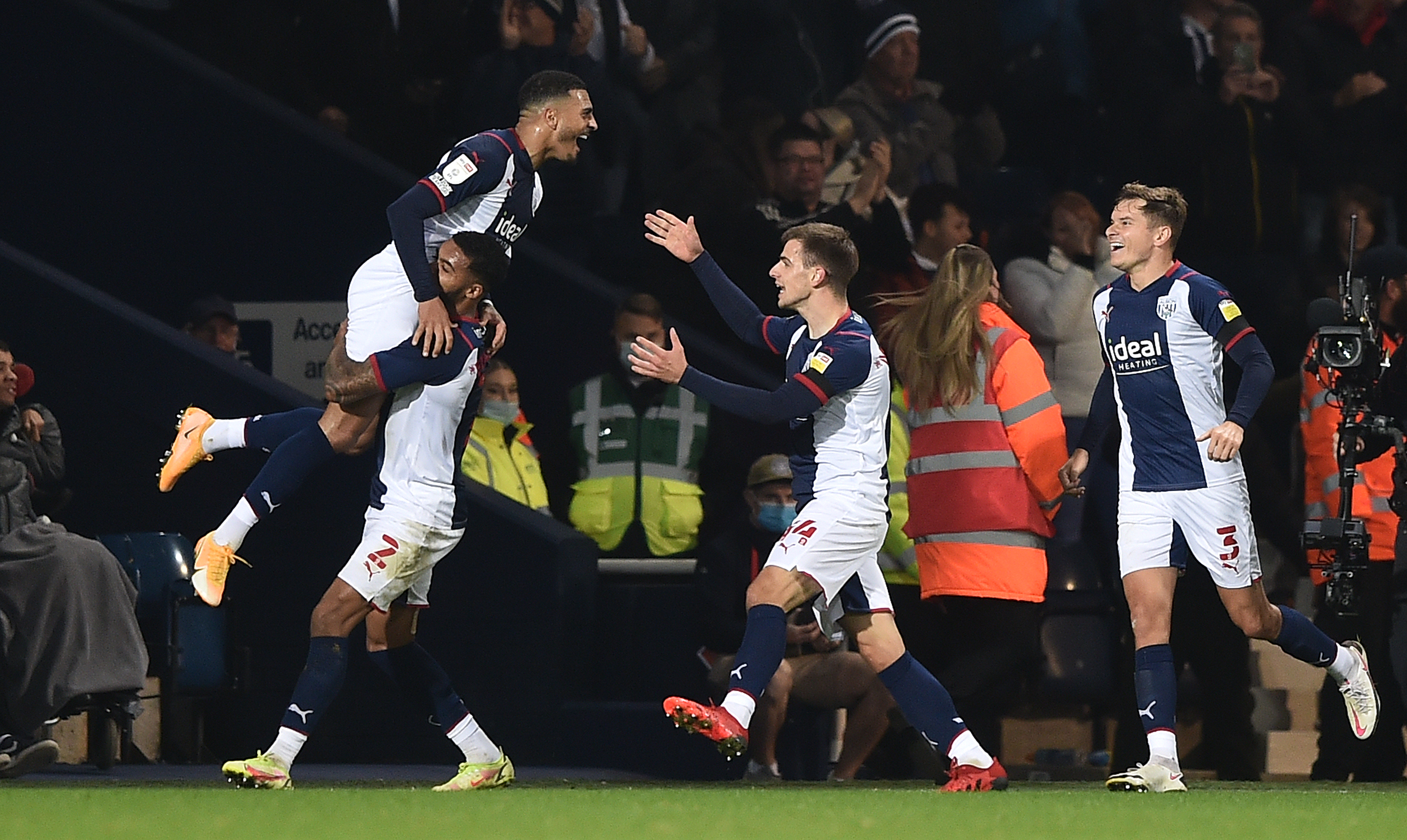 'He's behind you…' Harry Cornick

The Sky TV cameras caught a lovely moment at the very tail end of their coverage of Luton Town v Reading. Luton were leading and just needed to get through those final moments of the season in order to confirm a play-off place. We were already in the realms of stupendous turnarounds being required elsewhere, but never say never in the Championship. As the news came through that Middlesbrough and Millwall had lost prior to Luton's match finishing, the sense of realisation that hit Nathan Jones was palpable. The Hatters had done their job and no matter what happened in the last throes of stoppage time, their pre-game points total was already sufficient to guarantee a play-off place.

What the Sky cameras didn't catch was the winning goal that gave Luton a 21st victory of a brilliant season. It was one of those moments where all of a sudden a Luton attacker just appeared with an open goal and slotted the ball into the net. That particular attacker was Harry Cornick who scored one of those priceless 'he's behind you' goals, sneaking into Reading keeper Orjan Nyland's blind spot and embarrassing the Norwegian. Goalkeepers are taught as part of their routine to check behind them without exception every time they volunteer their privilege to hold the ball with their hands and Nyland must have forgotten. The TV replay's did catch the sense of dread from the Reading fans behind the goal, who knew exactly what was about to happen and were helpless to stop it. Ultimately with rivals losing behind them, the comical Luton goal wasn't as important as it could've been. Only in the Championship could such a potentially vital goal manifest itself in such a strange manner. 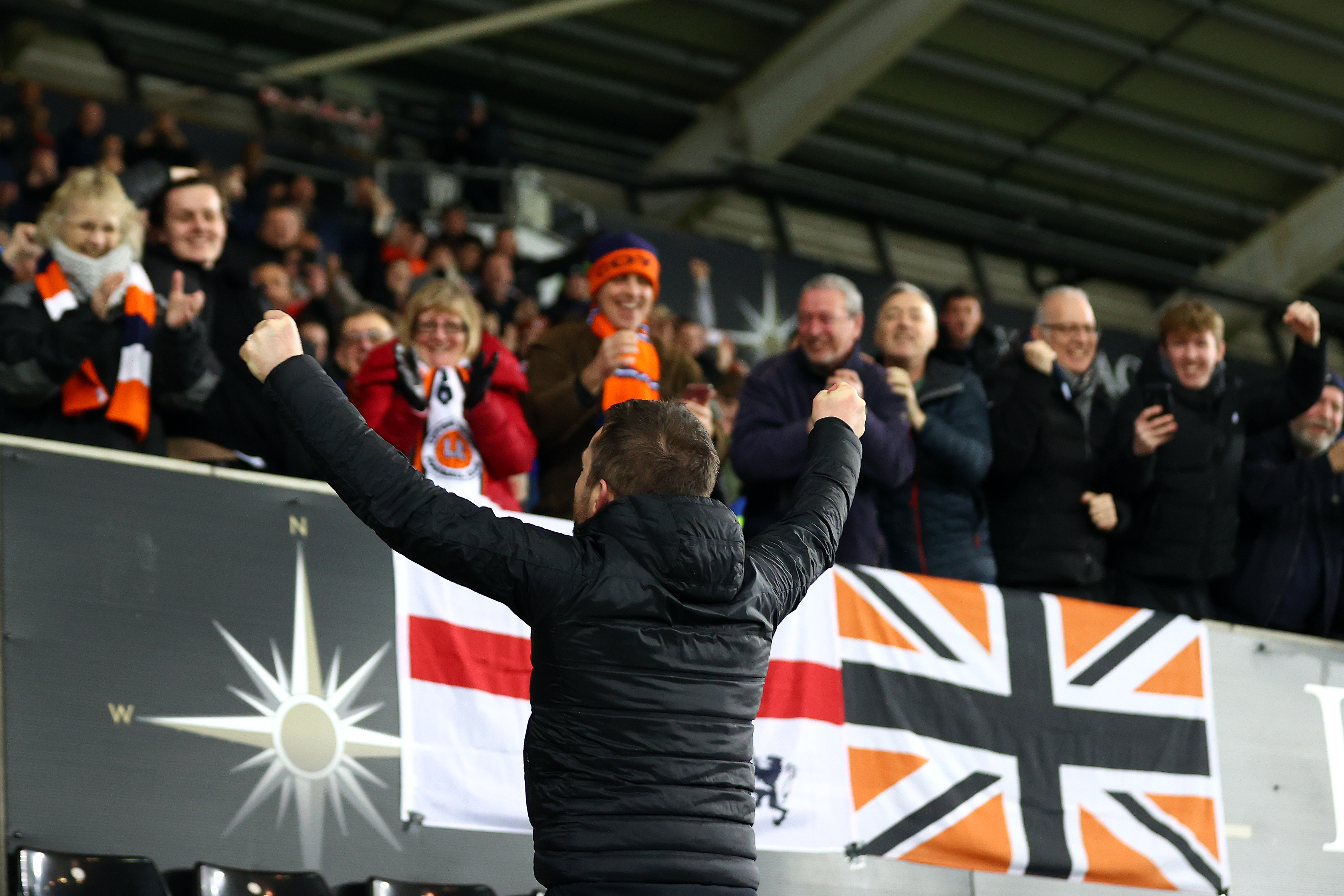 I'm not sure what the head to head score is, but it feels like Morgan Gibbs-White has been 'loanee of the week' almost as often as Aleksandar Mitrovic has been 'player of the week' this season. How apt then the two players should share the pitch on the final day of the Championship season. There was far more jeopardy for Gibbs-White and Sheffield United than Mitro and Fulham going into the final day game at Bramall Lane. The Blades needed to secure their play-off place and Fulham have shown themselves to be capable of dismantling many a side on their way to the title this season.

As it transpired Fulham turned up in their flip flops eating an ice cream with two flakes in. That's not to take anything away from Sheffield United, who thoroughly efficiently got their job done and streaked to a 3-0 lead within 25 minutes. At the centre of the victory was once again on loan Wolves man Morgan Gibbs-White, who headed home the opener and then set up the second. Despite his tremendous season that goal leaves Gibbs-White annoyingly short of the ten goals and ten assists challenge, his goal tally is 11 and his assists just one short at nine. Beyond the play-offs the future is very unclear for the young star, but ahead of the semi with Forest we're very much in 'first name on the team sheet' territory. 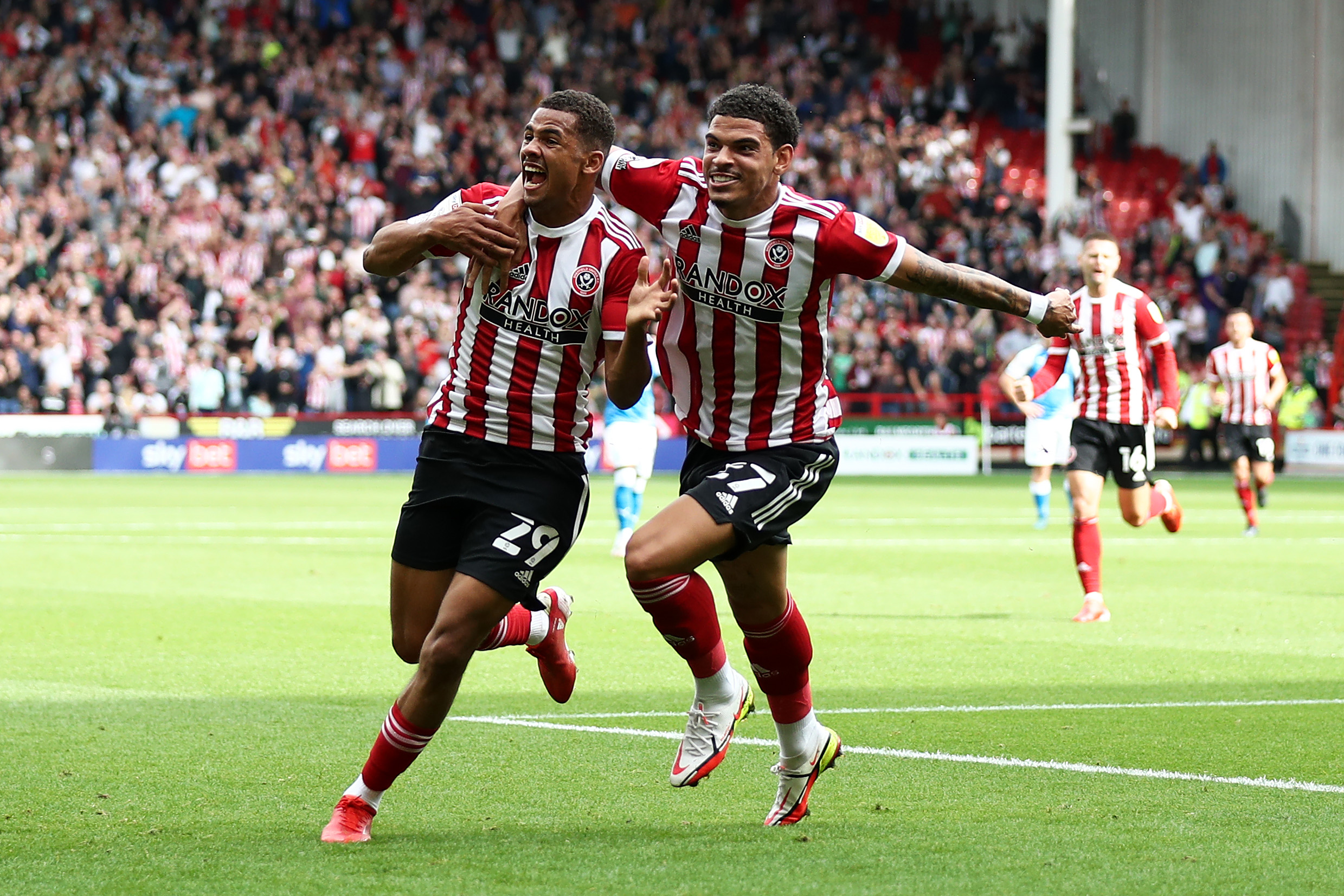