Fulham and Bournemouth played out an enthralling draw, Luton rediscovered their away form against Blackpool and Morgan Gibbs-White starred for Sheffield United in another week of the Championship...

It was commonplace for me to be admiring Luton's prowess on the road last season. It was like a magic trick as the Hatters turned just 16 goals into 29 points on the road, nobody scored fewer away goals, only six teams picked up more away wins. It hasn't been quite the same this season, but Luton picked up what turned out to be a comfortable victory at Blackpool this weekend.

The main problem for Luton, home or away, has been 'chance conversion'. Each week we report on Luton's high expected goals stats, but the underperformance has been worrying. This weekend saw no such problems in front of goal, and for those of you keeping score, Luton's three goals at Blackpool came with an xG of 1.69, a nice total as well as a nice over performance.

With all this talk of finishing it should be said that the first two of Luton's goals owed more to excellent crosses than sublime finishes. Both Sonny Bradley and Elijah Adebayo were virtually in the goal to head home good deliveries from Kal Naismith and Jordan Clark. The workload was a little more evenly distributed for the third as Clark finished a good run and cutback from substitute Admiral Muskwe. Luton are now above Blackpool in the table, with the two sides right in the middle of a whole bunch of teams separated by very little of note. Blackpool's poor run continues, Luton's poor run ends, and every team will take a 0-3 away win whenever they can. I can't go this entire column without mentioning the top of the table clash between Fulham and Bournemouth on Friday. During the build up, the more I covered the game, the more I convinced myself it could go the way of many big Premier League games and end in a dull stalemate. Fortunately that didn't happen and we got an absorbing spectacle for the neutral that was a good advert for the division, the game ended 1-1 but Fulham recorded an xG of 3.56 and probably created enough to get the win.

Amid the various subplots, including Scott Parker's return and refereeing decisions that come up in the next part of this column, there was also the battle of the strikers. Parker had himself stirred that particular pot by suggesting there was 'no striker better' than Dominic Solanke in the division, this in the wake of his limited use of Aleksandar Mitrovic last season, and the Serb's subsequent rampant form this season.

The lethal Mitrovic had a rare goalless game on Friday, whilst Solanke scored a brilliantly worked goal at a vital time for Bournemouth. With the first half having ended 0-0, and Fulham turning up the heat as the half went on, Marco Silva's teamtalk would've been along the 'keep doing what you're doing' lines. Straight from the whistle however that idea went out the window, as Bournemouth worked a training ground kick-off that Solanke finished off expertly. Across the season I have a hunch Fulham and Mitrovic may have the edge on Bournemouth, but on the night let's give Solanke his props in the battle of the top two's leading marksmen. 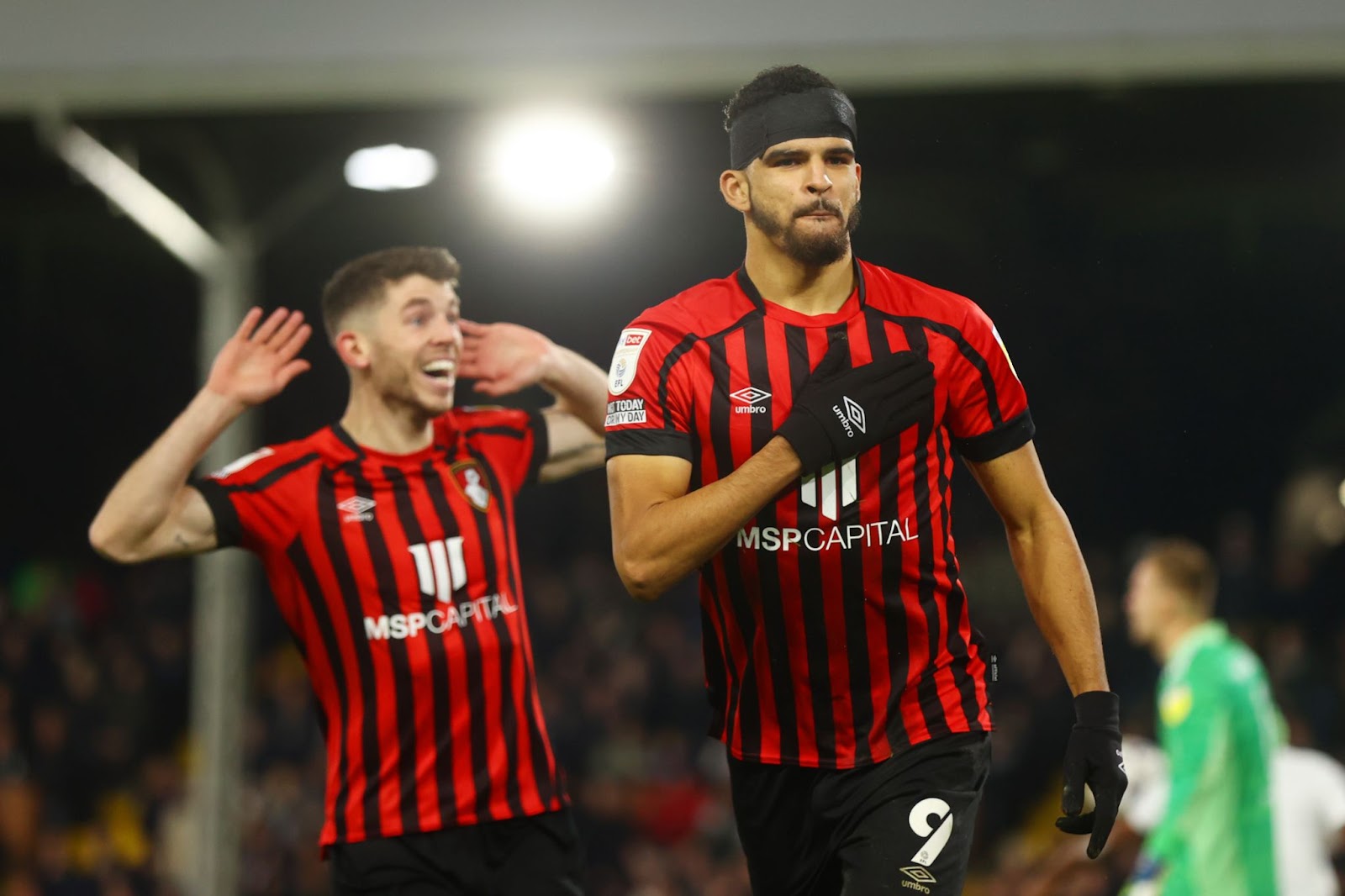 Outrage In My Inbox

As if by clockwork, each and every week, I receive a certain type of correspondence. It depends on the week as to which team is involved, but the message always refers to a refereeing decision and how appalled and upset the writer is. Far be it for me to ignore the emotions of football fans, but when one hears the same complaints week after week it's easy to become numb to it.

This weekend in the Championship, I heard from Fulham fans about referee Robinson, Coventry on referee Stroud, Preston fans on referee Ward and Reading fans on referee Martin. Do these fans have a point? Yes, of course they do. Some of them just react badly to borderline refereeing decisions going against their team. For most true football fans, they want as fair a playing field as possible for every team in English football, not just the one they support.

Some fans colour their message using exaggeration and creative adjectives, and I've heard of conspiracies and agendas against about 90% of the teams I cover. I don't think the officials are incompetent, they're the best we've got and they get things wrong. Giving them a little help would likely make their already stressful jobs a little more palatable, perhaps not full-on VAR but surely at least some kind of review system would be technologically viable at second tier level. Surely the time has arrived to at least give referees a chance to repent their sins, and slightly reduce the level of outrage in my inbox each week? 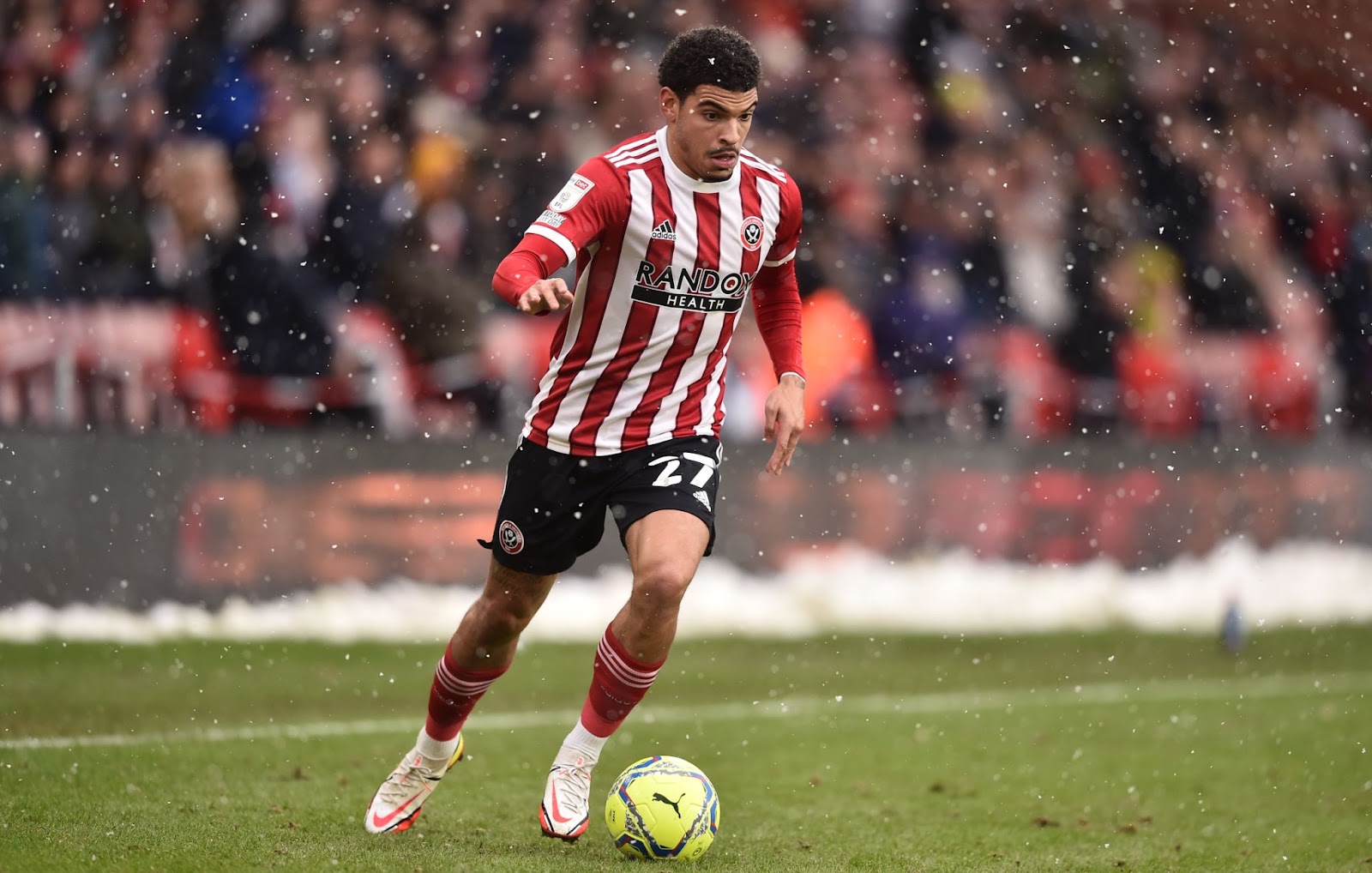 Yes we've been here before, but Morgan Gibbs-White continues to be one of the most influential loan players in the division. This might be an extremely niche categorisation, but given the struggles at Sheffield United and seeming lack of input from others in the squad there, he might even top the influence rankings for those borrowed second tier players.

Gibbs-White was a rare bright spark in the extremely short lived Slavisa Jokanvoic managerial reign up at Bramall Lane, and there's some kind of sad irony in the fact that a loan player can often outlast a manger at a club, but that's the world we live in. There's also a sad irony in the fact that a player considered to have done pretty well for Jokanovic only registered one goal contribution in the former Blades manager's final seven games.

If players are judged purely on goal contributions then Gibbs-White was most definitely star man for United in the 2-3 win at Cardiff. He blasted the opener in with his right foot, beautifully swerving the ball away and into the side netting. The Wolves man then assisted the next two Blades goals, calmly squaring for Billy Sharp to finish a good move and then expertly carrying the ball up the pitch in a counter that ended with David McGoldrick trickling the ball into the corner. The rumours of a January recall, whether they have any truth or not, will now start, with Blades fans surely hoping that Gibbs-White makes it to the end of the whole season at Bramall Lane and not anywhere else.