The rise of Blackpool under Neil Critchley has been lofty and rapid in almost equal measure. During my latest review show on YouTube on The Benjamin Bloom Football Channel, I was challenged when I suggested Critchley and Blackpool have been very good for over a year now. The challenge was a valid one and the stats say it's been an even more concentrated period of excellence than I had imagined.

As recently as January 25th, Blackpool were in 16th in League One just six points above the relegation zone. Then all of a sudden they clicked, and went from being the 16th best team in League One, to by far the best team in League One over the final months of the season, accruing an impressive 52 points in the final 25 games. This season has almost been like a mini version of the last one over the first 15 Championship games. Blackpool were in the bottom three after the first five games, now ten games later they are in the top six.

The latest win for the Pool was possibly not as impressive as others, for example their comeback from two down to win away at Reading, or their home victory and clean sheet against free scoring Fulham. The 0-1 win at Sheffield United did however speak of a team with great confidence and durability, who simply know how to win games under Critchley. Although the stats in the main favoured Sheffield United, Keshi Anderson's excellent 76th minute goal was totally illustrative of a strong developing team. It's hard to know where the rise of Blackpool and Critchley will ultimately peak, but with the last couple of play-off positions seemingly not having obvious takers this season, maybe a few Seasiders imaginations will be working overtime this week. 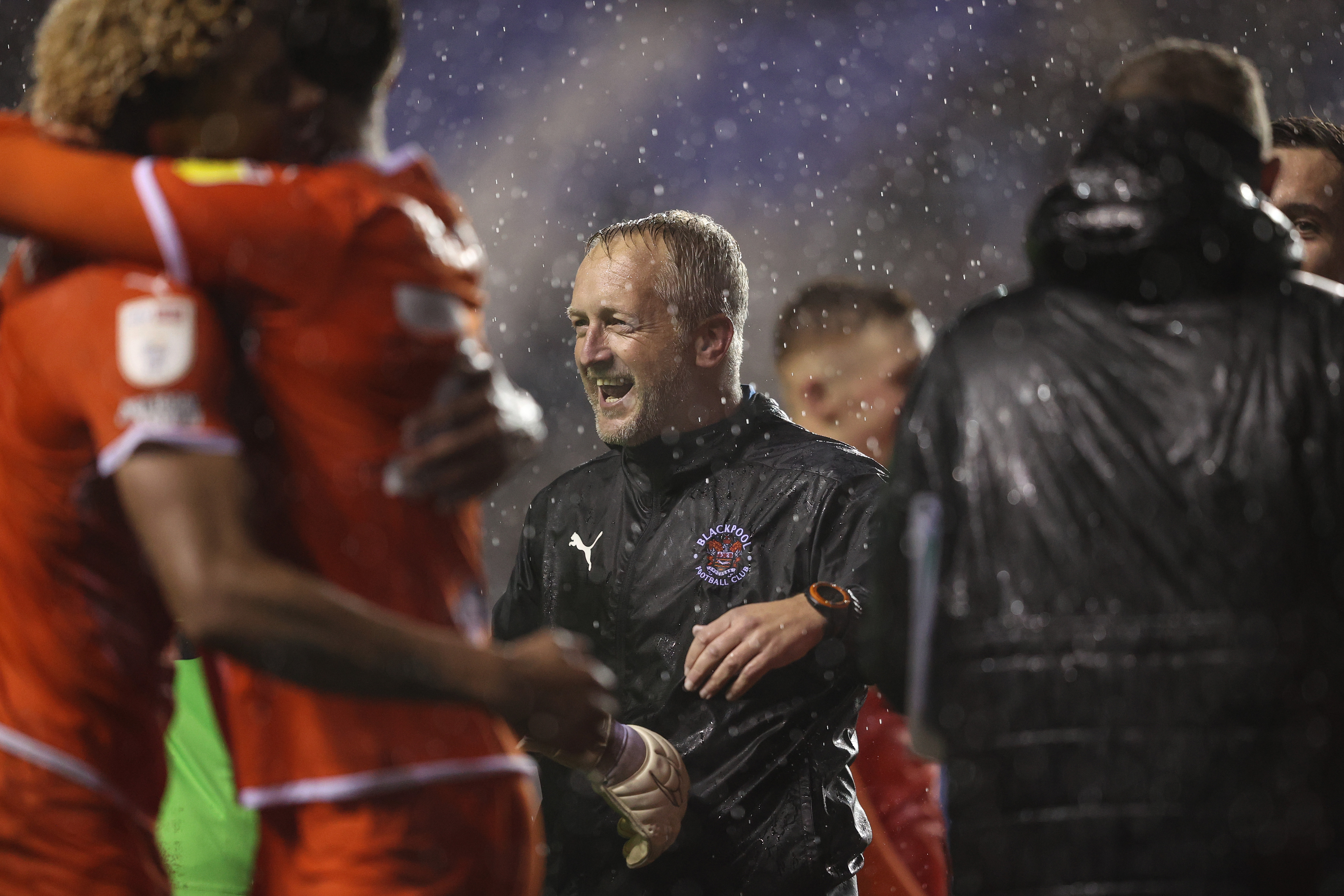 I don't know what there is left to say about Aleksandar Mitrovic at Championship level, another hat-trick this weekend took him to a frankly ridiculous tally of 18 goals in 15 games. Obviously, until he goes and scores goals in the Premier League, the slightly stuffy 'can he do it at the top level?' criticism will come his way, but I prefer to praise someone's achievements in their current reality.

With Mitrovic's incredible start to the season, attention is turning to the potential goals total he could achieve this season in the Championship. The Serbian is currently scoring at a rate of 1.2 goals per game, he's started all 15 games, and if he continues to be ever present his current rate would take him to 55 goals for the season. I suspect most observers would forecast some kind of drop off from the current standards being set, but to reach the magical 30 goal season would only require another 12 goals in the remaining 31 games, that's a goal every two and a half games.

Just last season Brentford striker Ivan Toney found his way into the record books with a 31 goal Championship season, he was the first player to score 30 goals in a second tier season since Glenn Murray back in 2012/13. Honestly, it's not looking like Mitrovic will have too much trouble passing Toney and Murray at this rate, and we may need to go back to when the Championship was called the First Division for more context. In 1992/93, whilst Manchester United were winning the inaugural season of the Premier League, Portsmouth's Guy Whittmingham hit an amazing 42 goals. Mitrovic may reasonably have his sights set on a Whittingham like total, although did Pompey miss out on promotion in the play-off semi's that season so he might not want an exact repeat. 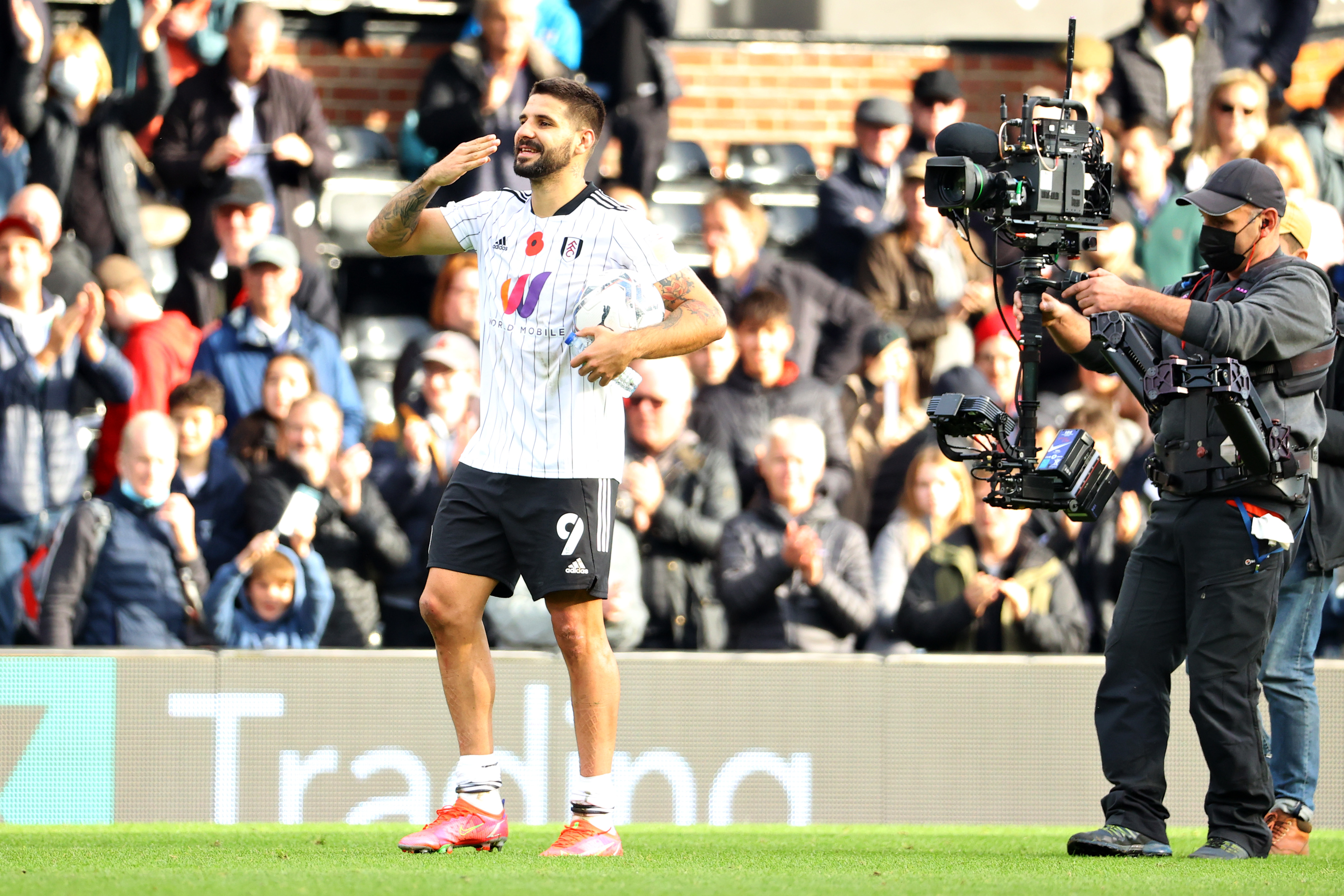 The late American film producer Robert Evans famously said 'There are three sides to every story, your side, my side, and then the truth. And no one is lying'. I think what the Godfather producer was saying is that it's very possible for different people to interpret the same event in different ways without any duplicitous intentions. Fans of Stoke and Cardiff would certainly have interpreted this weekend's game between the two sides in decidedly binary fashion from their respective vantage points.

Stoke came into the clash with their very decent home record subject to a first loss of the season at the hands of leaders Bournemouth last week, the bigger problem was the away defeats either side of the Bournemouth game, culminating in an awful zero point, three defeat week. It looked like the clouds were lifting over the Bet 365 as the Potters took a two goal first-half lead on Saturday against Cardiff, courtesy of Jacob Brown's header and Steven Fletcher's fierce drive. Stoke appeared to have put the lid on the competition just after half-time when Fletcher scored his second, the ball looped over Cardiff keeper Alex Smithies, and only Fletcher himself will know whether it was a beautifully judged chip or a bit of a lucky mis-hit.

For Cardiff it was looking very much like a ninth successive defeat, but what we got was an astonishingly unexpected fightback. The Bluebirds had terminated their association with previous boss Mick McCarthy after Middlesbrough confirmed defeat number eight in a row last time out, with former Millwall striker Steve Morison in charge as caretaker manager. I'm not quite sure who is responsible for the incredible fightback from three-nil down, but Cardiff managed to find some spirit that has been sadly missing during this losing streak. In the space of five minutes goals from Rubin Colwill, Mark Harris and Kieffer Moore, gave Cardiff a point, and a potentially confidence replenishing kickstart to their poor season so far. 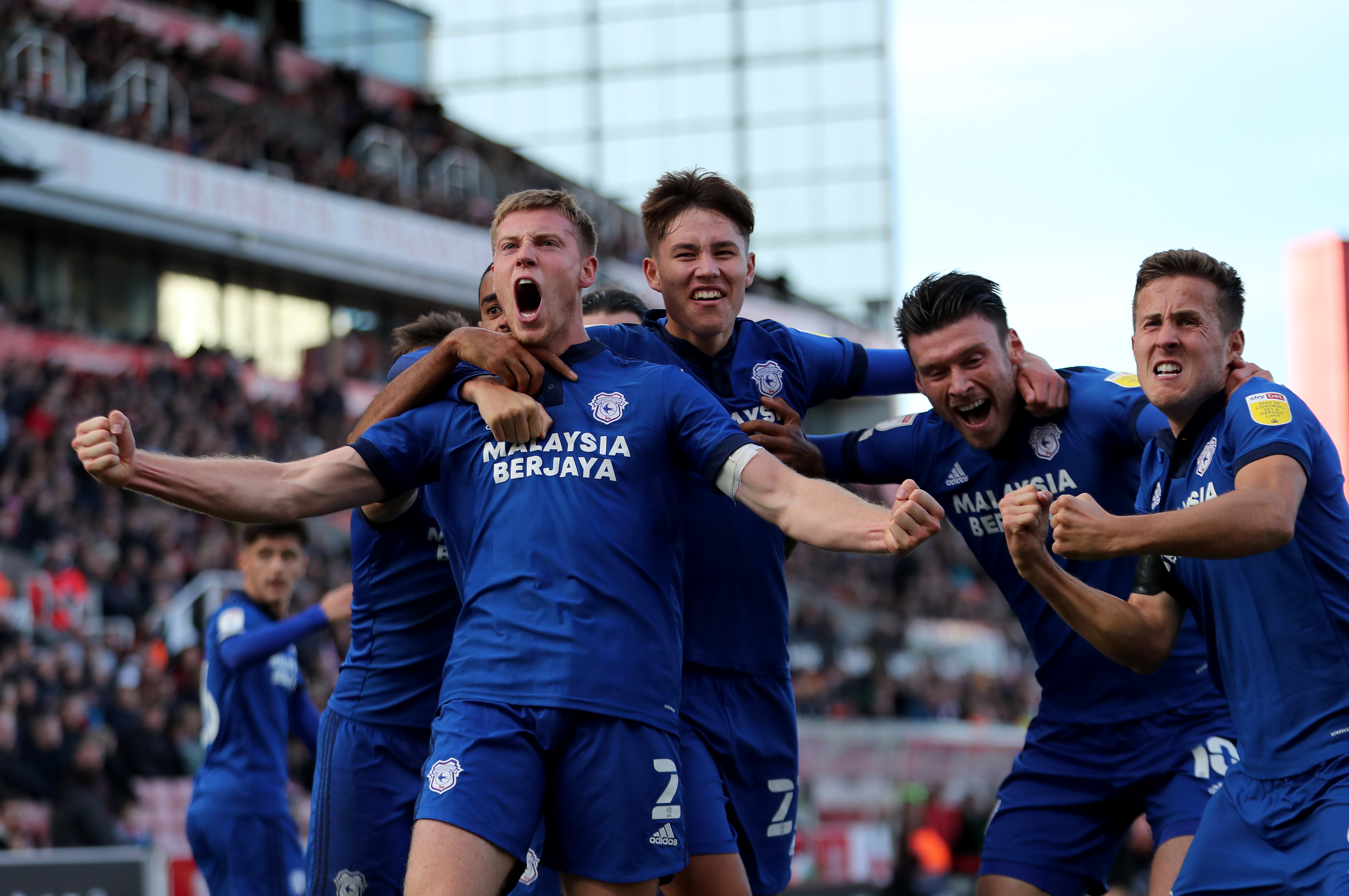 The childish part of me thinks of Jean Claude Van Damme every time I hear the name Jan Paul Van Hecke mentioned. I'm not sure what Blackburn's loanee has in common with 'The Muscles From Brussels' other than a rhythmic similarity in his name, or whether he's even heard of the Belgian actor. Van Hecke isn't Belgian for starters, he's Dutch, and was signed by Brighton from NAC Breda after playing just ten games for the Dutch second tier side. As part of his development Van Hecke was loaned back to Holland to SC Heerenveen last season, the then 20 year-old started 26 times as his loan club finished 12th in the Dutch top division.

Over the past few seasons the idea of a centre back being loaned out from Brighton has been a common one, and last season particularly the idea of a loan centre half going into Blackburn was equally common too. The Brighton production line has seen Matt Clarke, Leo Ostigard, and perhaps most strikingly, Ben White coming down to the Championship. The Blackburn door has also been wide open for Taylor Harwood-Bellis to come on loan from Manchester City, and Jarrad Branthwaite from Everton, under the stewardship of Rovers boss and former centre back Tony Mowbray.

Dutchman Van Hecke has played 90 minutes for Rovers in three of their last four games, with his side picking up seven points across that period, and recording back to back wins in the past two. He may not quite be a Belgian action hero, but if he stays in the Blackburn team Jan Paul Van Hecke certainly won't be expendable at Ewood as the Championship season rolls on. 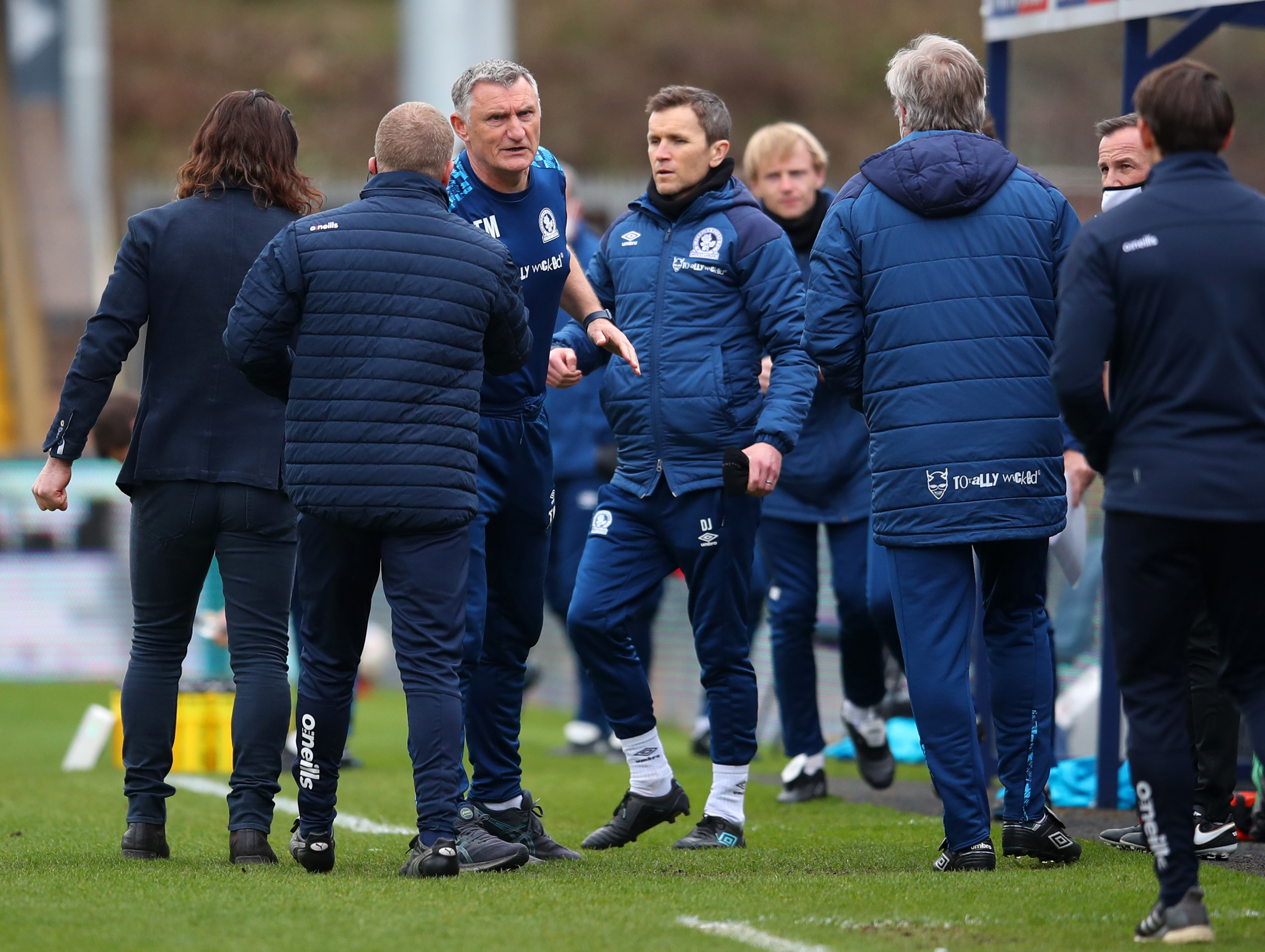