Fulham fired a warning to rivals five times over, while two young defenders turned in performances suggesting they're destined for bigger things in the latest round of the Championship season 2021/22...

Some say perception is reality, and if those people are correct, then the reality is Rob Dickie is on a steep climb towards Premier League football. The perception of Dickie has been going through the normal stages of growth we tend to see, from 'highly rated' Oxford player, to 'highly rated' League 1 player. A transfer to QPR followed last season and the commanding centre half was hugely consistent across an impressive 43 starts, he quickly entered the 'Championship one to watch' category.

Judging by the direction of travel from Dickie the past two seasons we expected him to start to stand out as a 'highly rated' Championship player, only in these opening couple of weeks he's not so much been standing out, but waving a big flag saying 'look at me'. Dickie has started this season in commanding form in the QPR back three, and just to throw a bit more fuel on the perception fire, scored in Rangers last friendly, both League games, and their Carabao Cup game.

QPR have a 25 year old, 6'4 centre back, who is setting a very high standard. Where next on my informal perception chart? 'Sought after Championship centre back' has a nice ring to it. 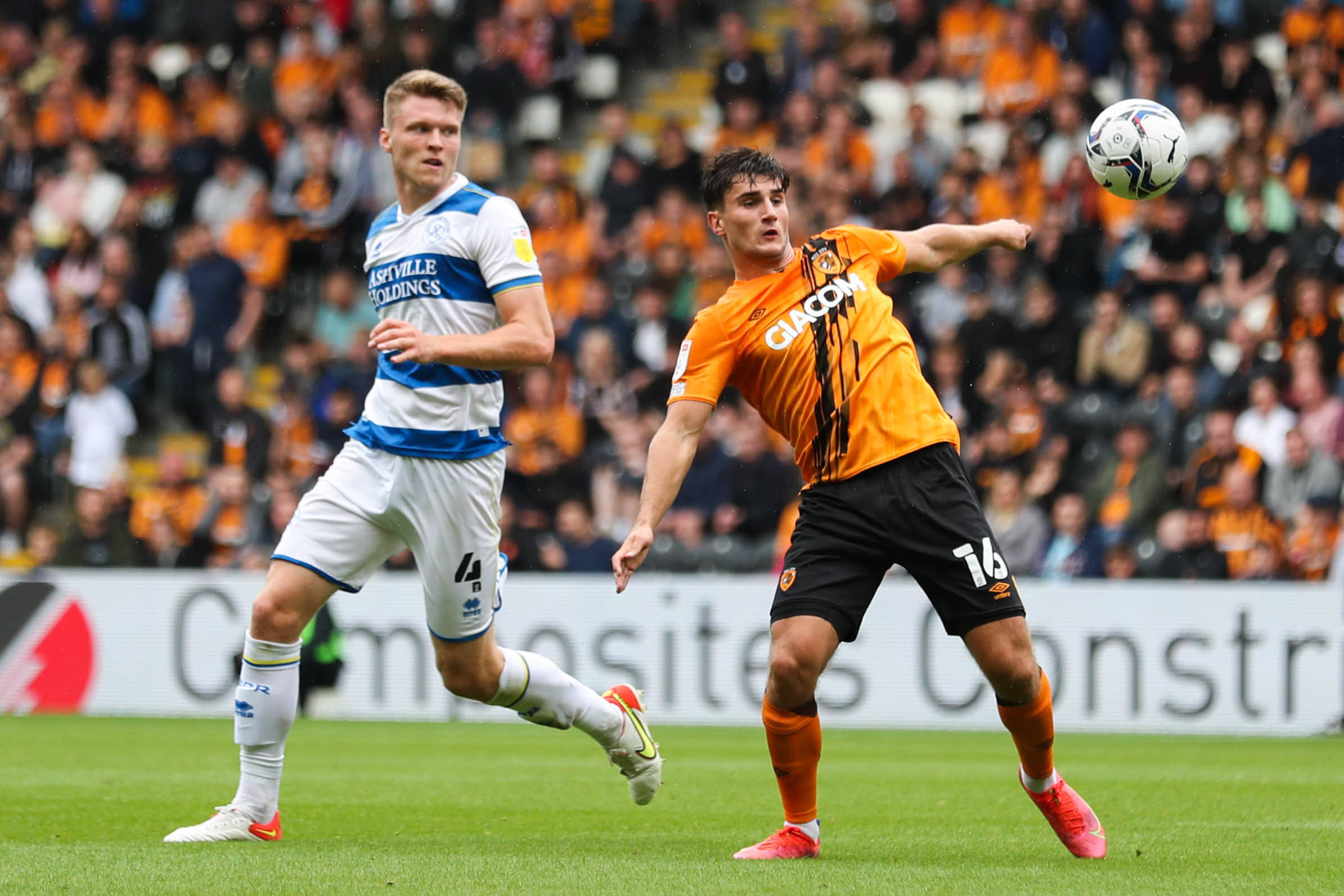 Like last week, a large away win leaving a side at the top of the league is pretty hard to ignore, so stand aside Hull as we anoint Fulham as our performance of the week. The Cottagers frankly got 'Warnocked' in their first game under Marco Silva, as Boro left the capital with a point. This week Fulham really kicked into gear, leaving Huddersfield with their first win of the season, plus five in the goals for column, to sit at the top of the league.

We should not gloss over a ridiculous opener, as Huddersfield keeper Ryan Schofield made a hopeless mess of a ball he could've let go for a corner. He cleared it straight into Fulham dangerman Aleksandar Mitrovic, who fell over and the ball hit him and looped into the net. No I'm not exaggerating. Yes it is as ridiculous as it sounds.

It wasn't all fortuitous and fluky Fulham though. Josh Onomah and Fabio Carvalho made it 1-3 before half time, and despite Harry Wilson's red card, the ten men cruised home after an excellent two goal sub cameo from Ivan Cavaleiro. Expectations were high for Fulham pre-season, large away wins and sitting top of the league will do nothing to lower those any time soon. 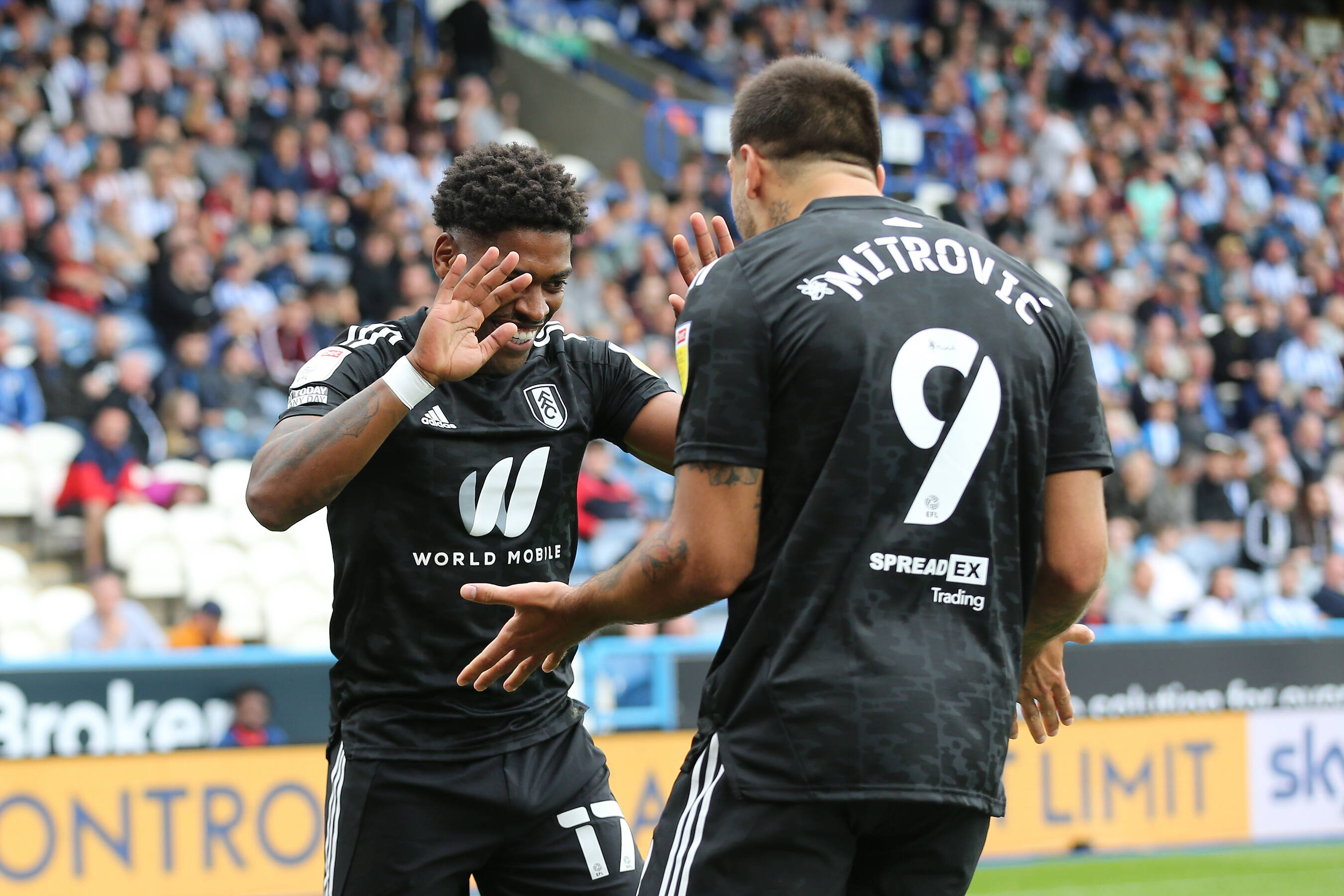 We're only in the second week and we already have a contender for the latest goal of the season in the Championship. In the lunchtime kick off on Saturday, Derby County took a 77th minute lead and looked to be heading towards a first win of an already crazy Rams season. Peterborough equalised in the first minute of stoppage time through Harrison Burrows, and in the absence of the fourth officials board going up, the TV commentators told us there would be 11 minutes stoppage time.

This is the point where all Championship watchers did a quick bit of maths. Live TV game + newly promoted team + Derby + Wayne Rooney + loads of stoppage time = something is going down here! Of course Peterborough pushed for the winner, Derby right back Nathan Byrne fumbled his clearance and with the clock at 99 minutes 9 seconds, Siriki Dembele stroked home right footed.

If we thought last week's 'Goal Of The Week' at Coventry was 'right at the death', then this one immediately gazumped it. As the weeks go on I promise to include some slick aesthetically pleasing goals in this segment. However, for now this messy, chaotic, dramatic effort, that completely sums up the madness of the Championship will do for our goal of the week. 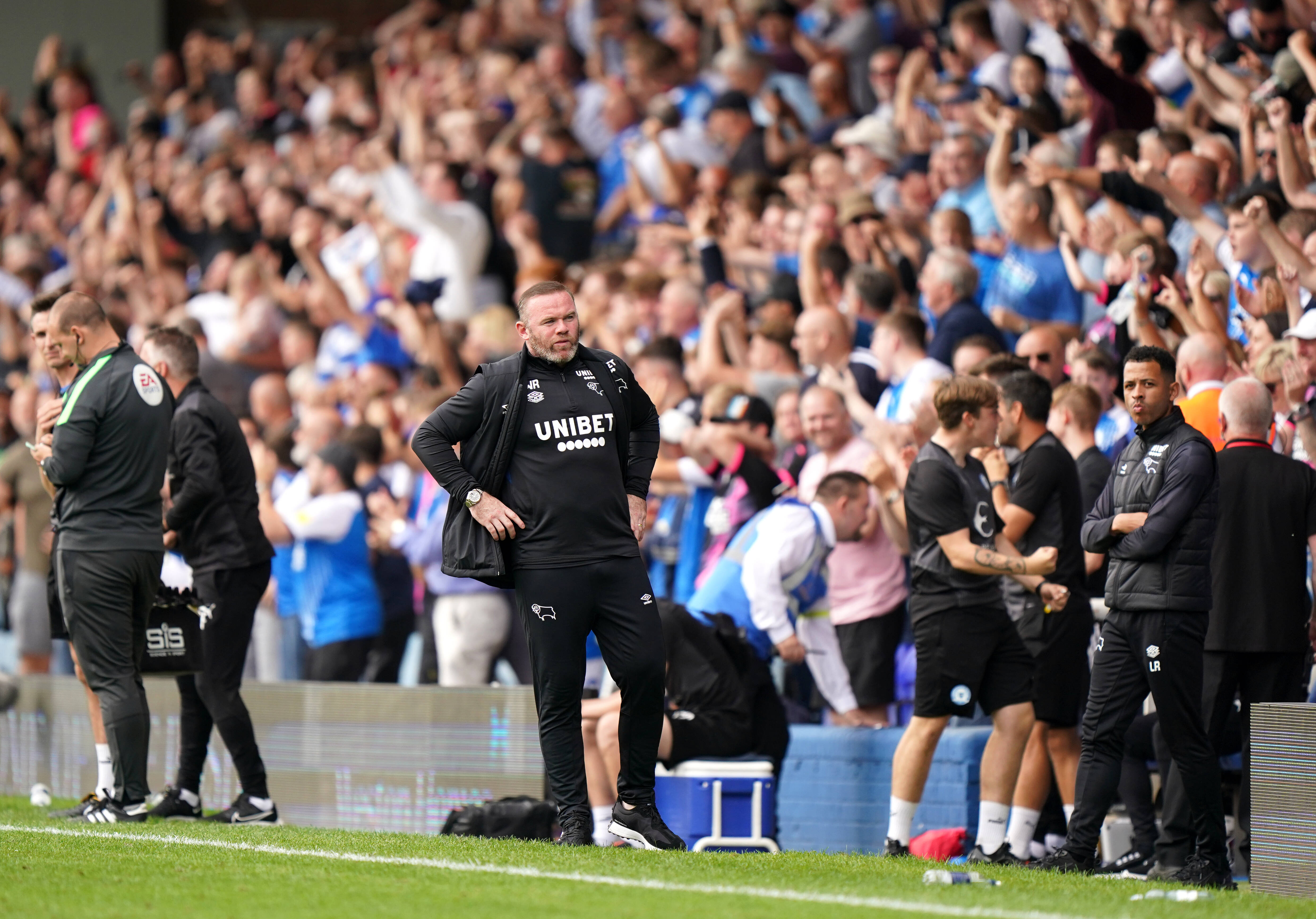 Having just talked about the 11 minutes stoppage time at Peterborough, it should be noted we could've had even later drama at the Hawthorns, where West Brom and Luton saw 16 minutes added on. Unfortunately I'll have to go out of excitable mode to talk about the reasons why after a very nasty injury to Luton's Jordan Clark.

Over the past couple of seasons fans have complained that every coming together has been decreed a foul and I've lost count of the amount of times I've heard the rebuttal 'It's a contact sport'. Sometimes I wonder whether the 'It's a contact sport' absolutists have read further into the laws and looked at two other terms, 'fair contact' and 'endangering an opponent'?

Johnstone vs Clark was another example of a collision between a goalkeeper and an outfielder, think Schumacher vs Battiston for the worst case scenario. I'm not attributing blame to anybody here, just observing that over the past couple of decades by way of protecting players the 'tackle from behind' was outlawed and 'lunging' tackles are identified as serious foul play. Perhaps it's time for an 'endangering an opponent' conversation as it pertains to goalkeepers, and what we can do to reduce scary moments like this one. 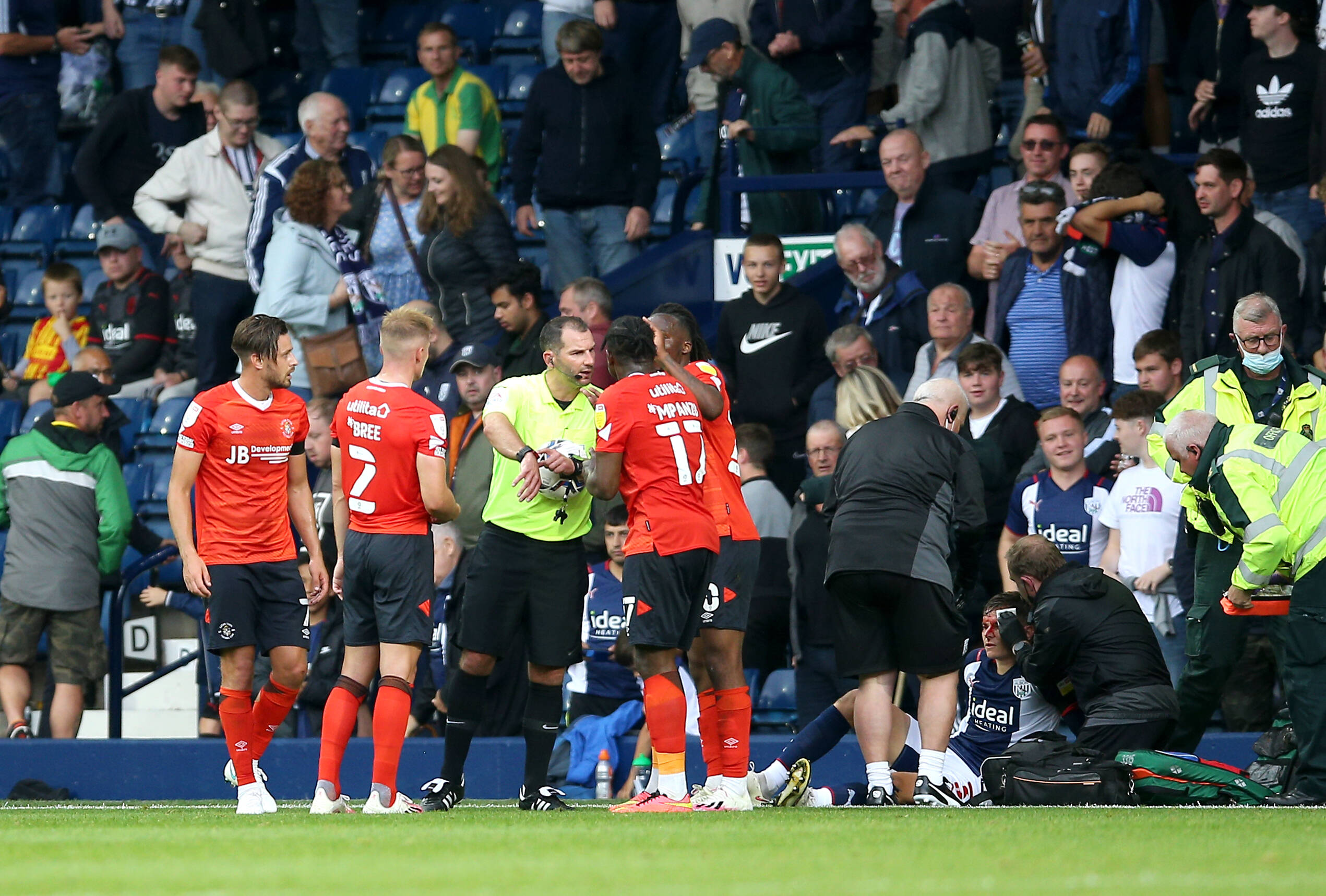 Having played the perception game with Rob Dickie this week's loanee of the week is perhaps a year or two behind but certainly on a similar pathway. I'm talking about Arsenal centre back Daniel Ballard, who made a second Championship start for Millwall in their 1-1 draw with Blackburn. Perhaps Ballard will be looking at Dickie for inspiration on his journey, and there are a few similarities.

Ballard is operating on the right hand side of a back three, although I acknowledge under Gary Rowett his instructions may be a little more pragmatic than Dickie gets from boss Mark Warburton. He has completed a very successful League 1 apprenticeship, starting 27 games as Blackpool were promoted via the play-offs. And, he's starting to catch the eye at Championship level, his booming crossfield pass for Scott Malone to assist Millwall's goal would be the envy of many a centre back.

We always add a word of caution about the possibility of Championship loanees making it at their parent club, especially one the size of Arsenal, who just invested £50m in Brighton centre half Ben White. Ballard will no doubt keep plugging away at Millwall, and judging by Arsenal's defending in their opener at Brentford, maybe the gap between him and the first team is smaller than we think. 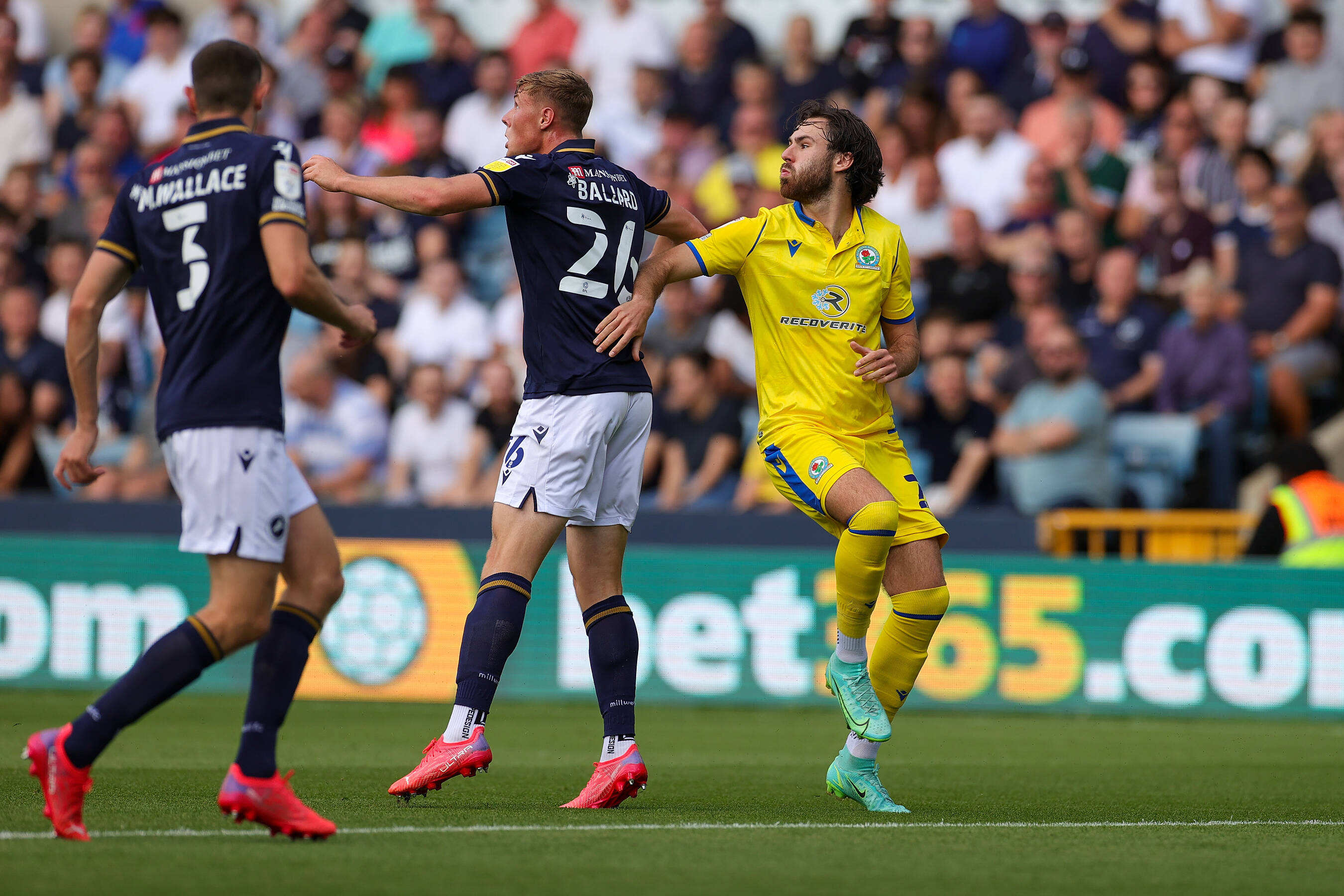