Takumi Minamino admits Liverpool frustration: I played in games no-one was interested in

Chelsea jump ahead of Spurs, Arsenal in Richarlison battle

Bournemouth and Nottingham Forest set themselves up for the match of the season, Millwall continue promotion push and Andi Weimann again impressed for Bristol City all in the latest round of the Championship...

There weren't a lot of draws going around this weekend in the Championship, meaning there are a lot of wins to throw into the melting pot. We'll park the automatic promotion chase for now, give an honourable mention to Bristol City's 5-0 win over Hull, and dive into the play-off chase. At the end of round 45 there is still the possibility that up to four teams could take the final two unconfirmed play-off spots in 5th and 6th.

Sheffield United could be our performers of the week. The pressure was on for the Friday night game at QPR and the Blades came back from a goal down to win 3-1 and leave all the chasers needing a win. Middlesbrough got their win beating Stoke 3-1 and Millwall cruised in 3-0 over Peterborough to stake their claim.

At the end of Saturday things looked very tight between Middlesbrough and Sheffield United, with Luton hot favourites and Millwall rank outsiders. Then came Monday night and Fulham decided to confirm themselves as Champions with a 7-0 hammering of Luton. All of a sudden Millwall's five goal deficit in the goal difference stakes flipped to a two goal advantage and Sheffield United went up a place into fifth.

We now have the possibility on the final day that should Luton and Sheffield United lose, plus wins for Millwall and Middlesbrough, those final two play-off places could be switched around all afternoon. I'll give Millwall the performance of the week on those grounds, but with a giant assist to Fulham. 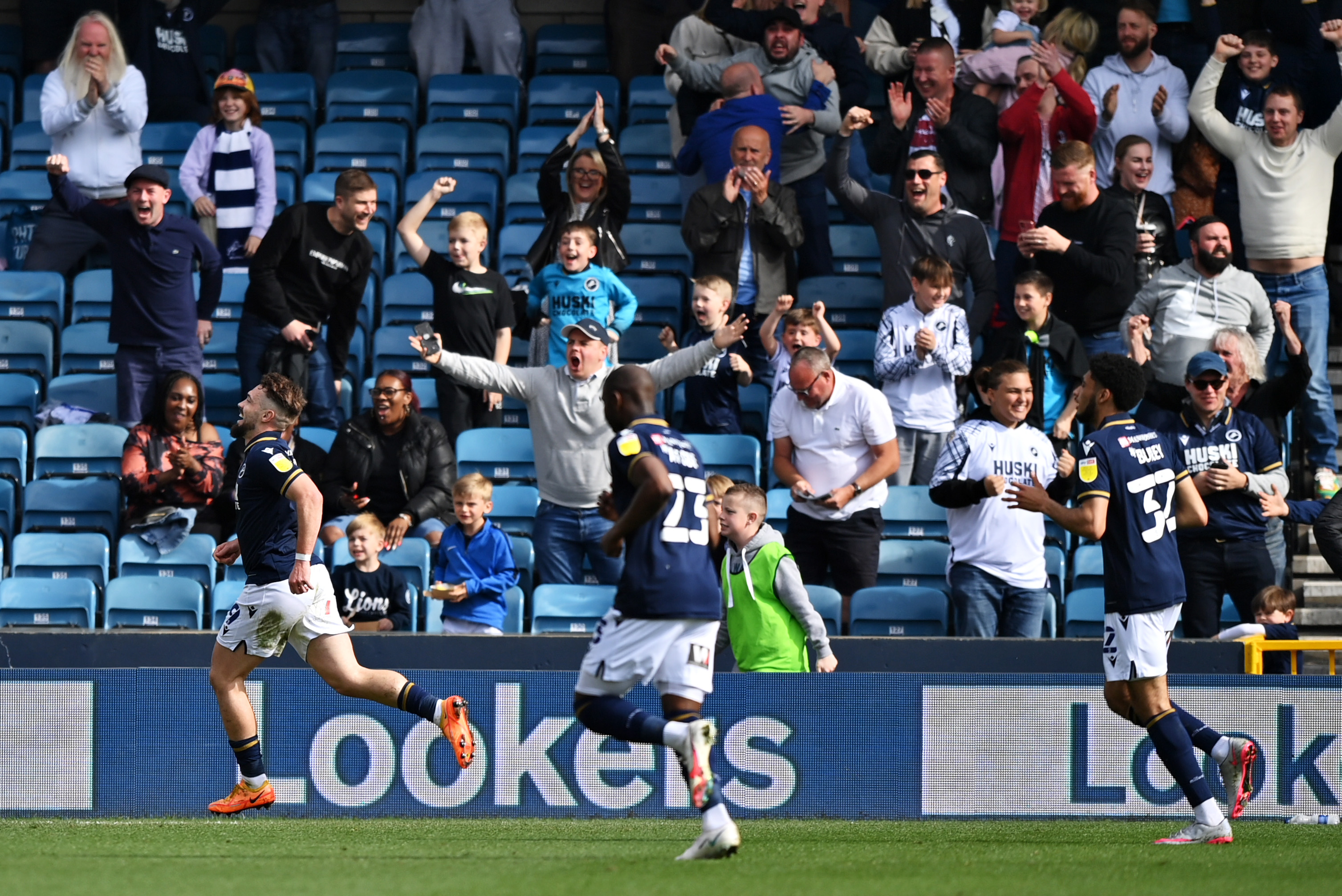 Only two of the top ten goal scorers in the Championship play for teams currently in the bottom half of the table. If you look just beneath the runaway leaders on that list Aleksandar Mitrovic and Dominic Solanke, you'll see Joel Piroe of Swansea and Andi Weimann of Bristol City. We've given Piroe plenty of props for his excellent first season in English football so it only seems appropriate to do the same for Weimann.

It's certainly not the Austrian's first season in English football, but it's definitely his best. Weimann was at Aston Villa for the final seasons of their drop from Premier League football into the second tier, was with Derby for a couple of their promotion misses under Mel Morris and has been at Bristol City since. As much as Bristol City fans may get grumpy with me for saying it, Wiemann has secured his highest goal tally in a side that has been at best erratic and at worst, not very good.

This latest round saw Wieman add goals number 21 and 22 to his excellent total against Hull, he's also got seven assists by the way. The Robins top scorer opened the scoring with a trademark run in behind the Hull backline, but it was his second that summed up the confidence and quality on display throughout the season. Slipped in on the right hand side of the penalty box, Weimann conjured a fabulous chipped finish over Nathan Baxter in the Hull goal. Bristol City fans will be very happy their Austrian star signed a new three year deal last summer and will hope their top scorer isn't subject to any bids in the summer. 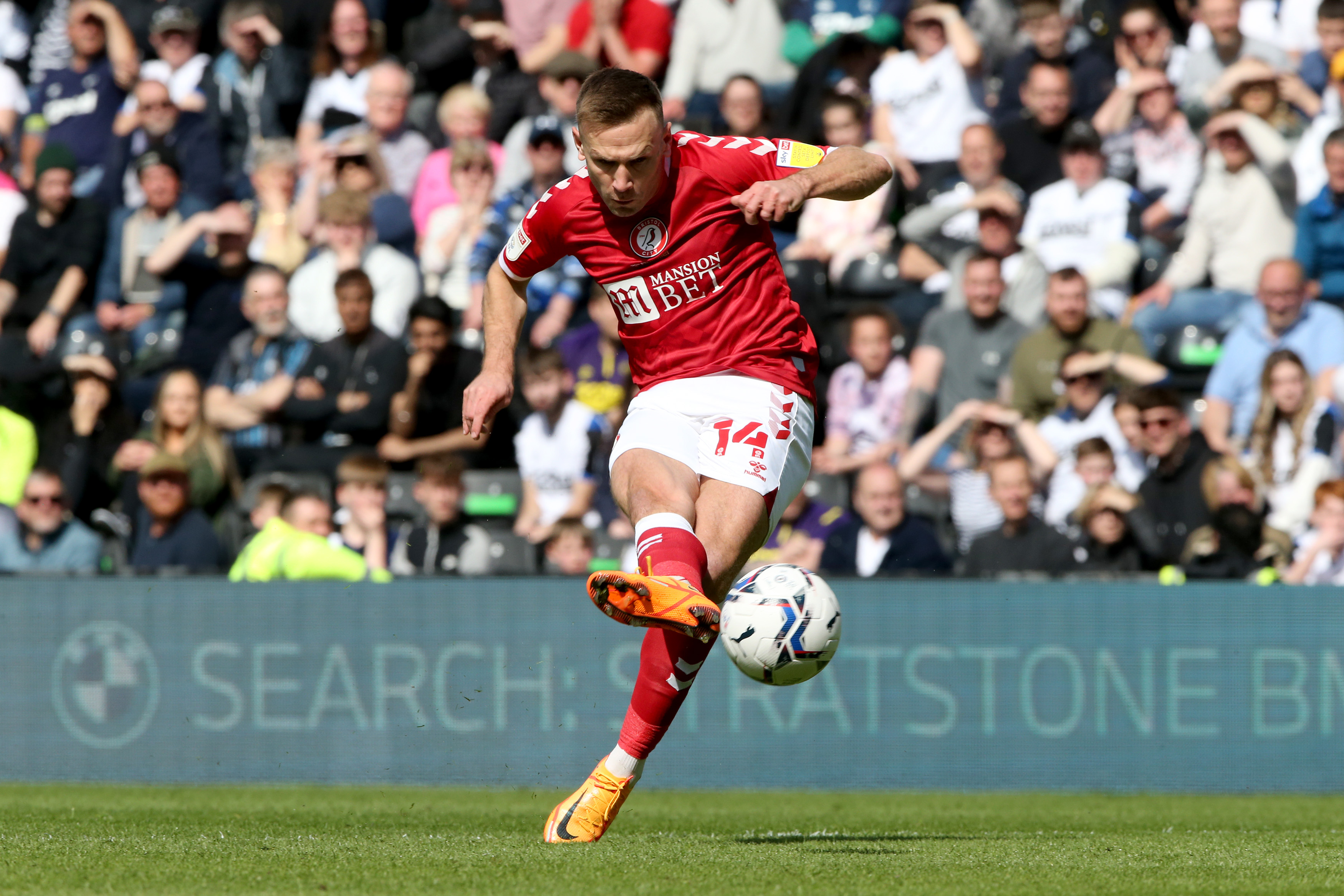 Match Of The Season

It's very easy to disappear into the rabbit hole of hyperbole when discussing the midweek fixture between Bournemouth and Nottingham Forest. I'm going to refer to it as the 'match of the season' and I don't think I'm overstating things at all.

Back in round 33 on February 18th, Forest were due for a Friday night visit to the Vitality. Storm Eunice swept along the south coast and due to storm damage to the stadium the game was postponed just a few hours before kick off. Forest were still in the FA Cup and the EFL had little choice in terms of a date to fit the game back into the calendar and plumped for the midweek before the final round.

In the meantime Forest have consistently chipped away at the points advantage Bournemouth had given themselves with their brilliant start to the season. Things culminated last midweek when Forest won at Fulham, Bournemouth drew at Swansea and the gap dropped to three points, it's lowest since August. Both sides won at the weekend, but in what could turn out to be a vital twist, Forest moved ahead by one in the goal difference stakes.

So we go to a potential promotion decider. If Bournemouth win they're up, if the game is drawn Bournemouth take a vital three point lead into the final day, and if Forest win they overtake the Cherries will go second with just one game remaining. Now can you see why I'm calling it the match of the season? Bring on the madness. 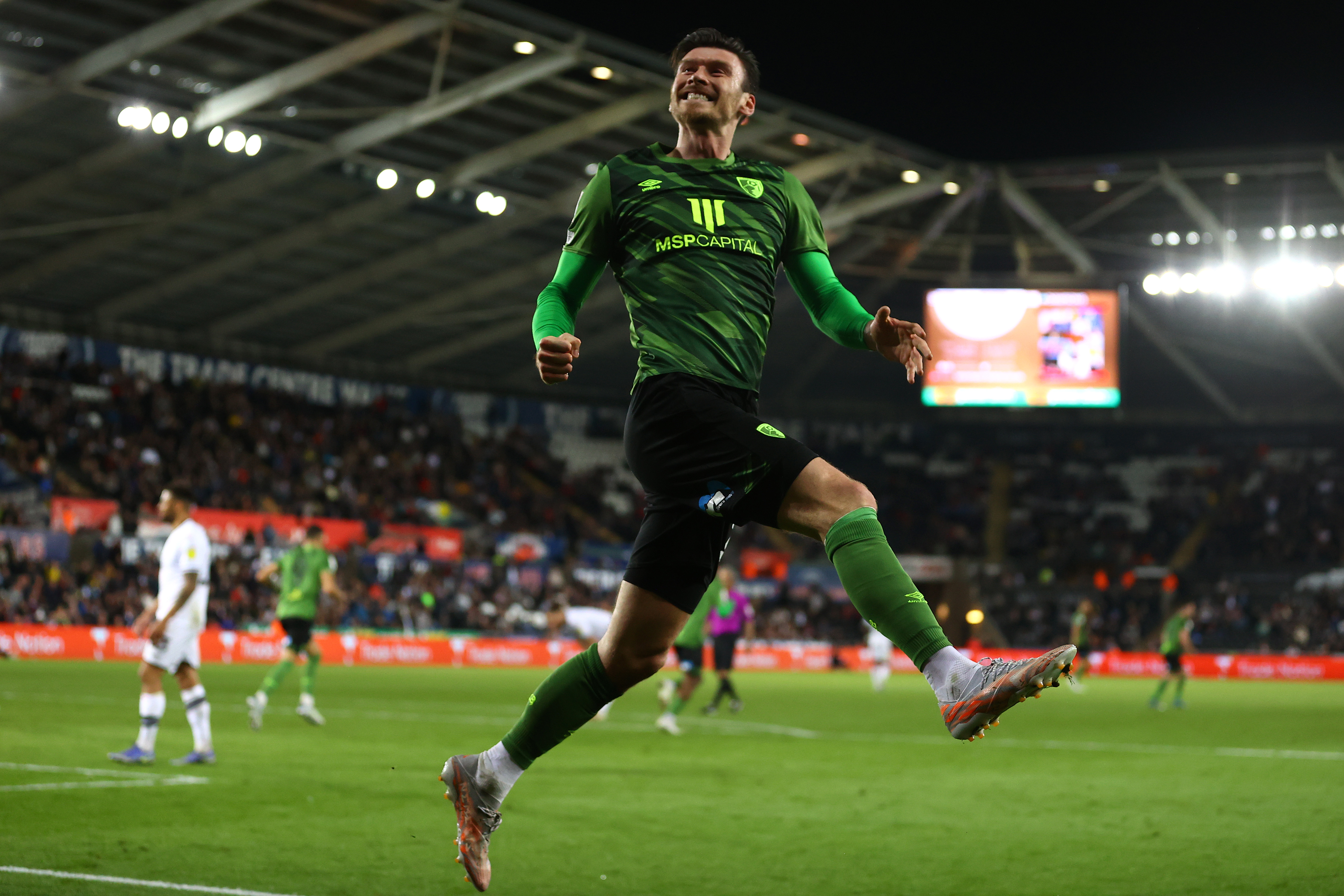 Hands up how many people when they see the name Faustino think of Tino Apsrilla? I'm guilty as charged, but we're not talking about the brilliantly chaotic Colombian who might just have unsettled Kevin Keegan's Newcastle as they were overtaken by Eric Cantona's Manchester United in the infamous 1996 title race. We're talking about Tino Anjorin, yet another of the gigantic pool of talent loaned out from Chelsea this season.

Anjorin was on loan at Lokomotiv Moscow for the first half of the season, but rather in keeping with Russian links to Chelsea in 2022 that deal came to an end. The youngster was diverted to Huddersfield, where he joined fellow Chelsea loanee and defensive stand out Levi Colwill. Anjorin hasn't been used too much by Carlos Corberan but gave his manager something to think about with a goalscoring cameo at Coventry this weekend. The Chelsea man replaced Duane Holmes for the final 25 minutes of the game at the CBS and coolly struck home a penalty to make things safe.

With Huddersfield heading for the play-offs, Corberan will want as many options as he can and Anjorin has waved his hand at the perfect moment. The other thing to take into account is if Huddersfield's last play-off victory is anything to go by, good penalty takers could be important through the month of May. 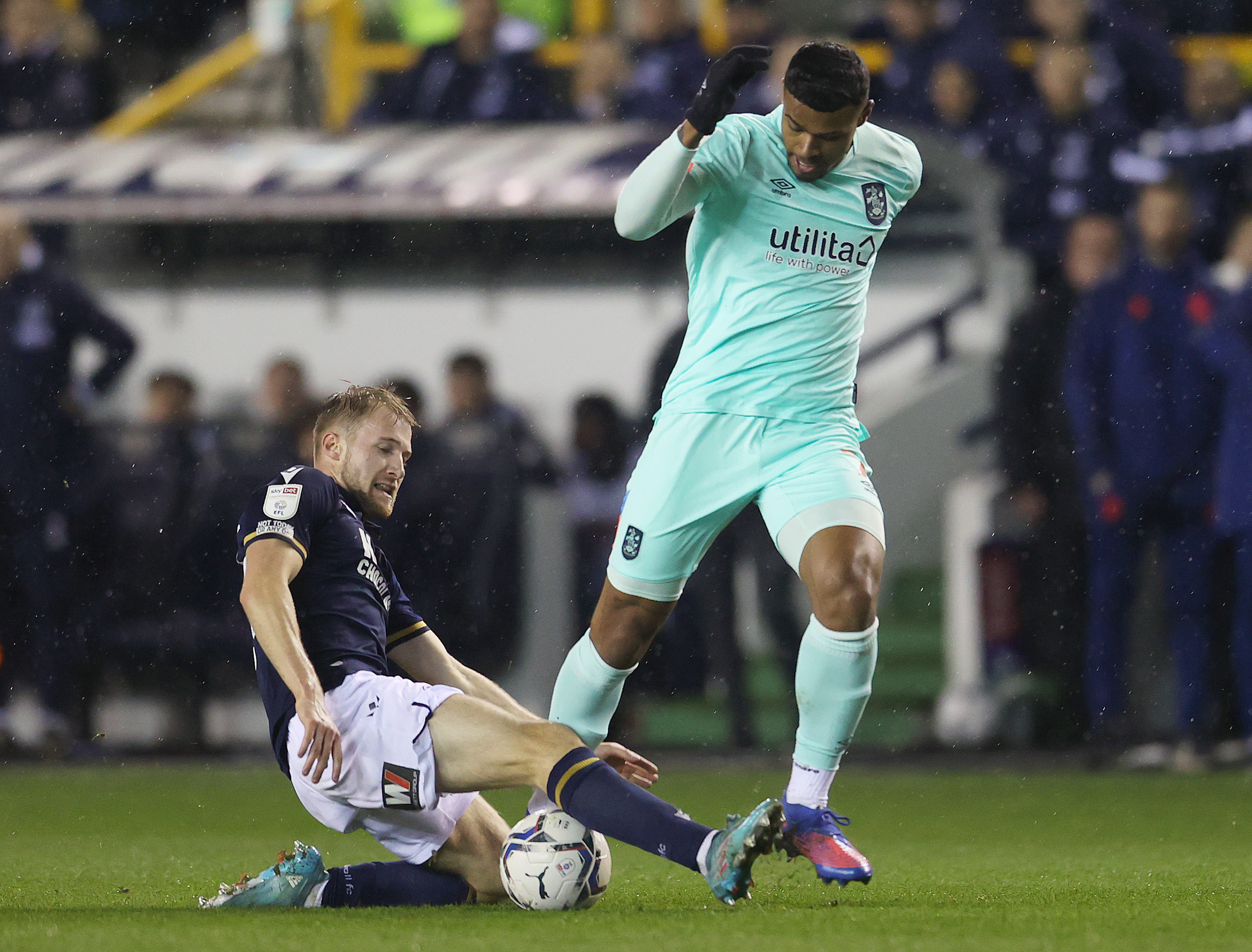