I don't have to dig too far into my book of football cliches to find 'they really needed that win'. It's one of those lines that so beautifully states the bleeding obvious but often really encapsulates a club's troubles. Going into this weekend's game against Birmingham, Peterborough had just one point from the previous five games. Look a little further and you would've found a four game losing streak, as well 13 goals conceded during that time.

The narrative around Posh after their promotion was that they would be good going forward, open and attacking, but as consequence would maybe be a little leaky at the back. A goal difference of minus ten after seven games did nothing to dissuade from the 'leaky at the back' narrative, with only a goal per game going in up the other end. Birmingham arrived with what was formerly the best defence in the division, until they came up against Mitrovic, Wilson and co and shipped four against Fulham.

I suspect Posh fans would've loved a nice 1-0 win from this one, with a clean sheet and evidence that they could win tight home games against competitive opposition. What they got was far better, with a shutout against a Jutkiewicz and Deeney strike partnership, and three goals flying in at the right end this time. Posh raced into their 3-0 lead by the fifty minute mark, after an early own goal by Harlee Dean and a Jonson Clarke-Harris penalty. Jorge Grant added the third assisted by standout performer Dembele. It wasn't enough to lift them out of the bottom three, but my goodness 'they really needed that win'. 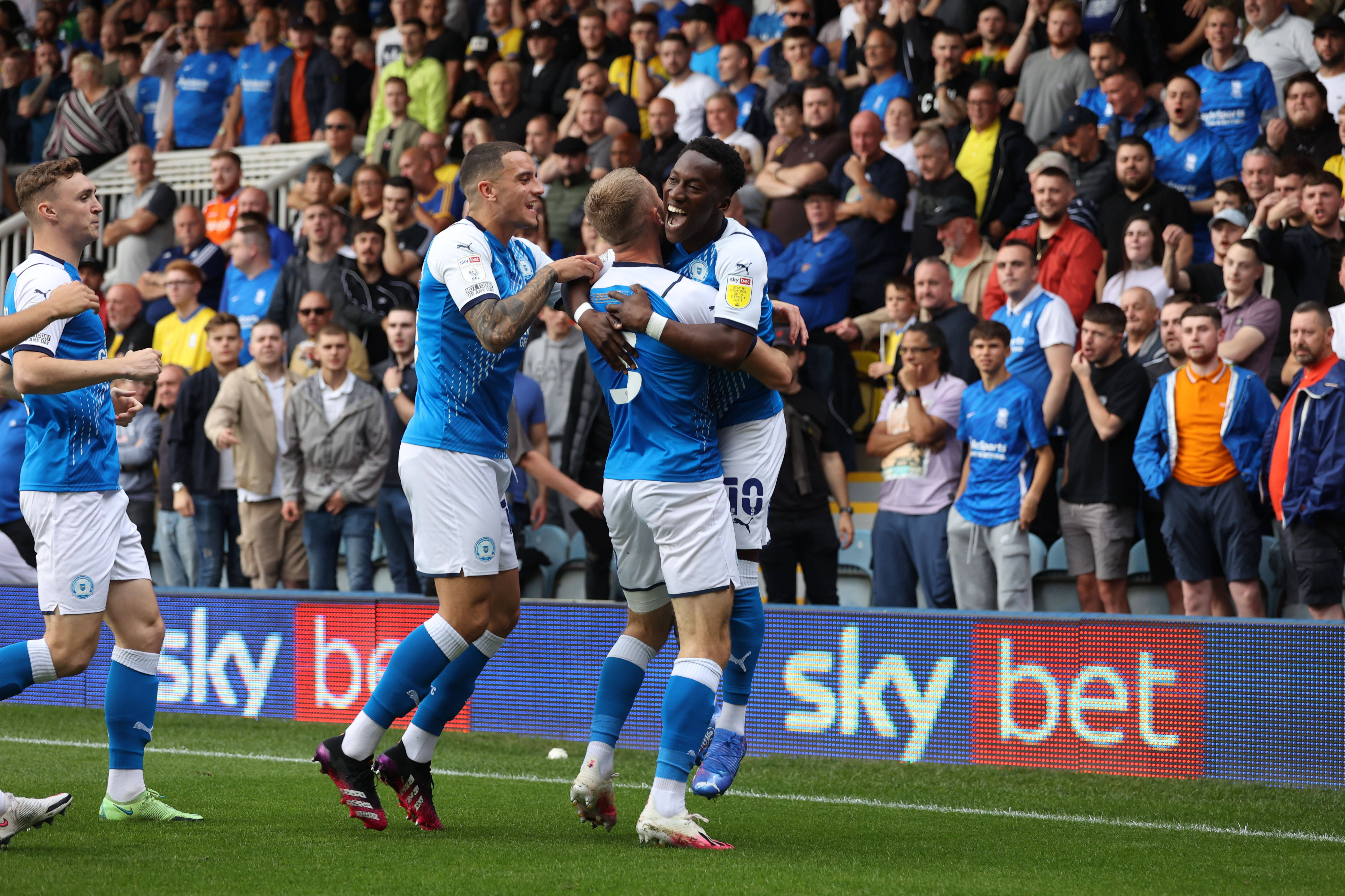 Although I'd love to join the baying outraged hordes on twitter arguing about Ryan Manning and Henri Lansbury causing mischief in the Luton v Swansea game, I can't help feeling we need to wind back to Thursday morning, when Chris Hughton and Nottingham Forest parted company. Some would argue that Forest have changed managers so frequently that Manning & Lansbury would be the way to go, but there's so much to unpack over at the City Ground.

When Chris Hughton replaced Sabri Lamouchi four games into last season, I assumed Forest had learned their lesson and given the job to a 'safe pair of hands'. Hughton had been known for measured football, incremental improvement, Championship promotion at Newcastle and Brighton, and play-off football at Birmingham. I suspected that if Forest stopped having a new manager and virtually a new team every season, Hughton would bring the stability they needed to make their size and history count for something once again.

That's absolutely not the way things worked out, and despite a reasonable surge last season Forest were right back where they started with Hughton at the bottom of the table. The debate rages as to whether Hughton has lost his touch, or Forest is just too hot to handle, and will be answered in the fullness of time. Former Swansea manager Steve Cooper is heavily linked, and perhaps by the time you're reading this will have been announced. The one excuse you can maybe offer to Forest is that CEO Dane Murphy hasn't been in position long and can now choose his own manager. Other than that, it's hard not to conclude that unless Forest rid themselves of the chaos over calmness approach, we could be back here again before we know it. 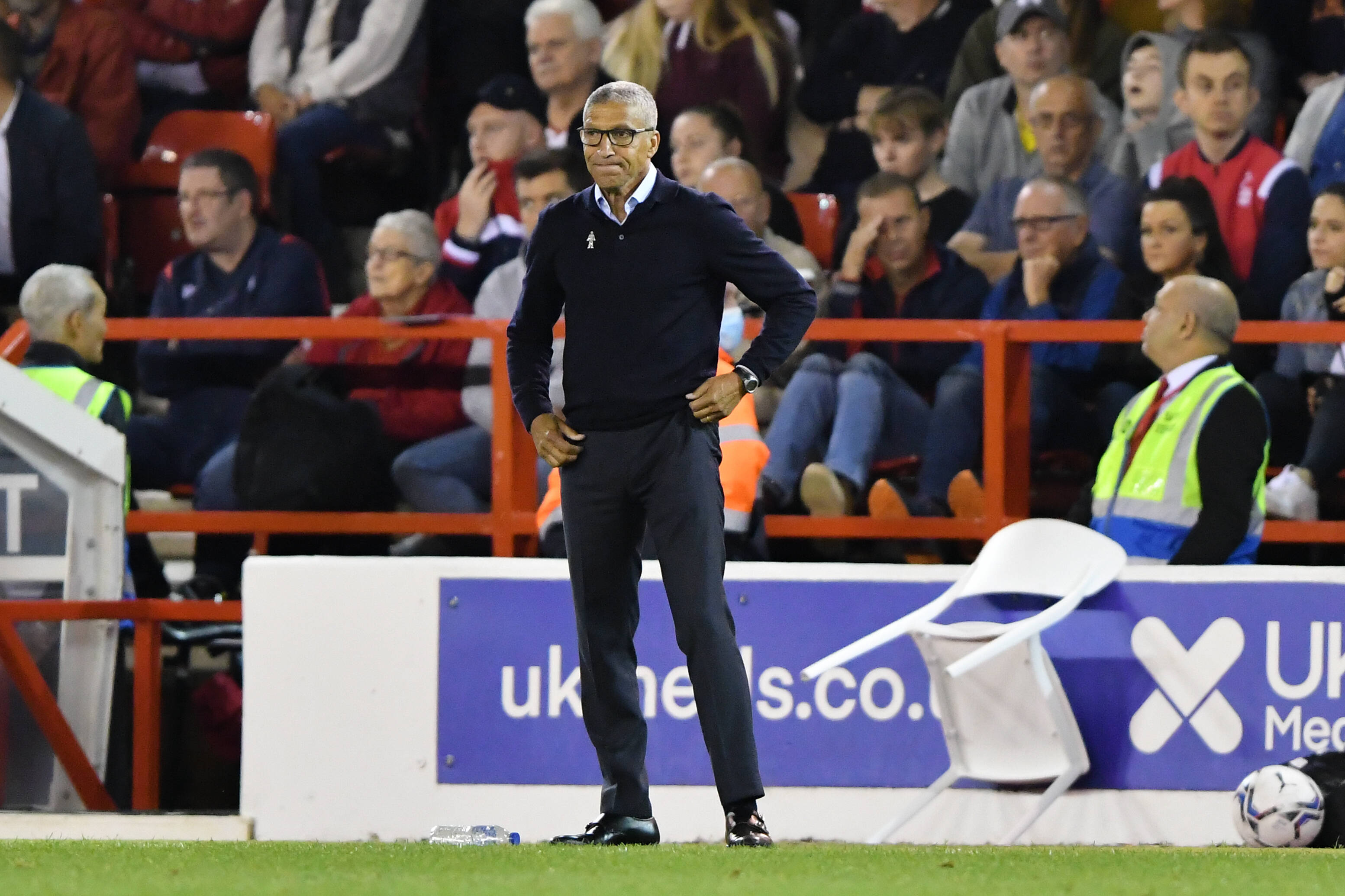 I think they call it Murphy's Law. I'd completed a long day of work on Friday only for Derby County to open up Pandora's Box and empty it into the Championship news cycle. Maybe Murphy's Law isn't exactly the right terminology, so for fear of an Alanis Morrisette 'Ironic' level of word misusage, I'll move on and talk about the huge news of Derby going into administration.

It seems churlish for me to complain about the late night stream I embarked on to talk about this story, when we all know the ramifications of a club going into administration. 12 points will be deducted, non-football creditors will have to swallow big losses on liabilities owed to them, and Derby's fans can expect some fallow times as the Club regroups. I'll stick with the word churlish, and say that at times like these the surface level of football banter and short term grudges really ought to be forgotten and empathy exercised.

Let's be honest, empathy is often in short supply these days, not just in the football space but seemingly across all social media. Derby has been poorly run, they chased the Premier League dream, came short in the play-off final, and after endless run ins with the EFL, the ownership has taken the nuclear route. I could sit here and point fingers, mock the statement released by the club on Friday blaming every man and his dog for the situation, but it's all about the future for Derby now. Administration will be painful for Derby's fans and especially their non-football creditors, but if the right buyer comes in then the club can get on the right footing once again, this whole sorry episode can be forgotten if not forgiven. 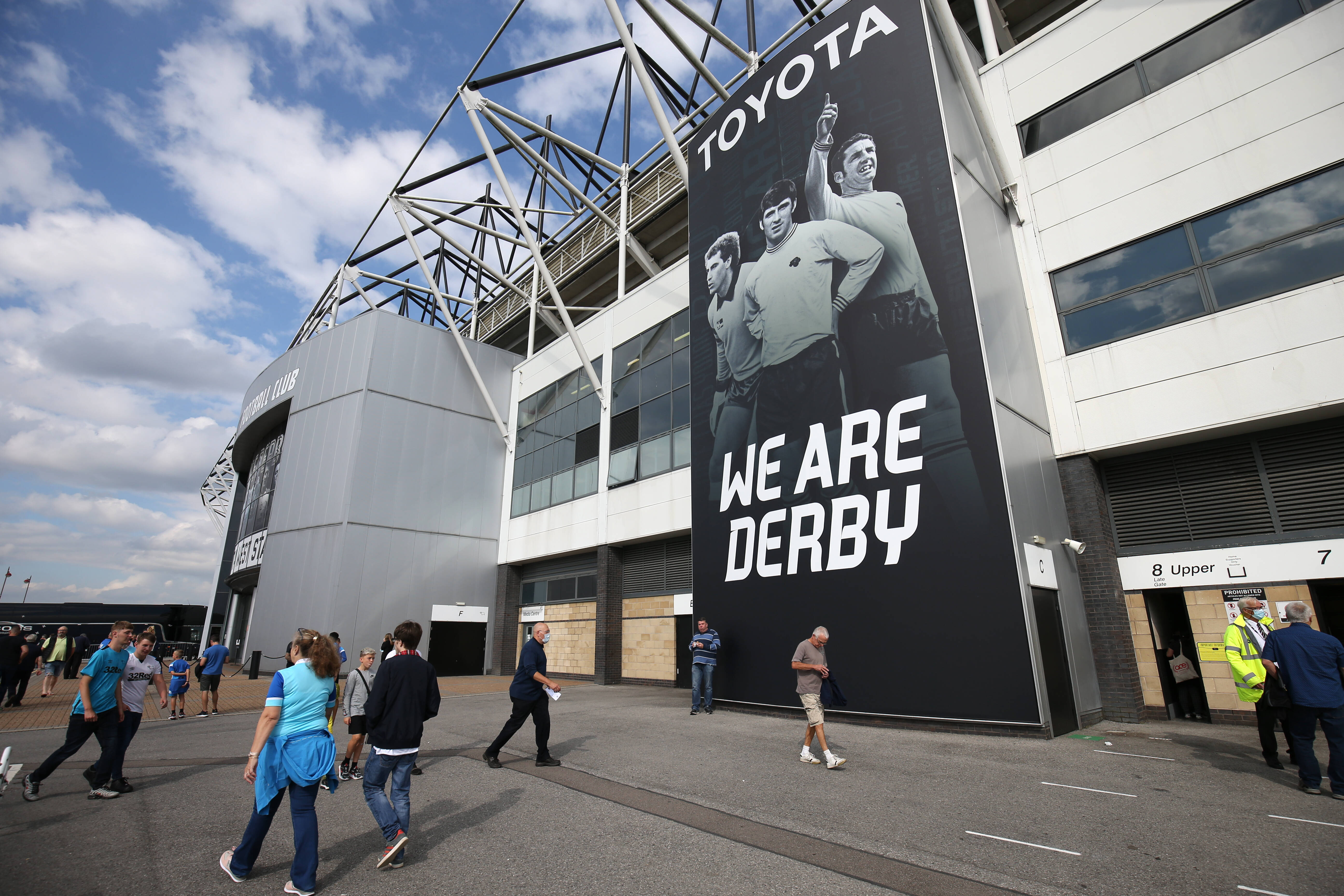 Right, enough of managers fired and clubs going into administration, let's try and return to our normal positive disposition in this column. Return, being the operative word, as we return to a player we covered last season, QPR wing-back Sam McCallum.

The loan journey differs from player to player, some just need a quick blast of experience and away they go, but it's not out of the ordinary for a player to build his career with several clubs and more than one season of loan football. Sam McCallum was signed by Norwich from Coventry back in January 2020, he was immediately loaned back to the Sky Blues as they powered to League 1 promotion, and then spent the following season back there during a 16th placed finish.

Now is the bit where careful decisions have to be made, would McCallum return to Norwich now in the Premier League, or head off back on another loan? The answer was another loan, but not back to Coventry, with QPR the destination for the 21/22 season. Right now with Coventry four places higher than QPR in the table, he's statistically functioning at a lower level with Rangers, but there's more to it than that. McCallum is working in a different city, with different managers and different teammates, and hopefully for all involved that decision pays off.

McCallum has found his way into the team at QPR and got on the scoresheet in their previous two games against Bournemouth and Bristol City. Unfortunately both those games ended in 2-1 defeats, despite his goalscoring antics. With loan moves it's all about the big picture for the player and parent club, and despite envious glances upward at Coventry at this particular moment in time, the big picture extends way into the future for the 21 year old. 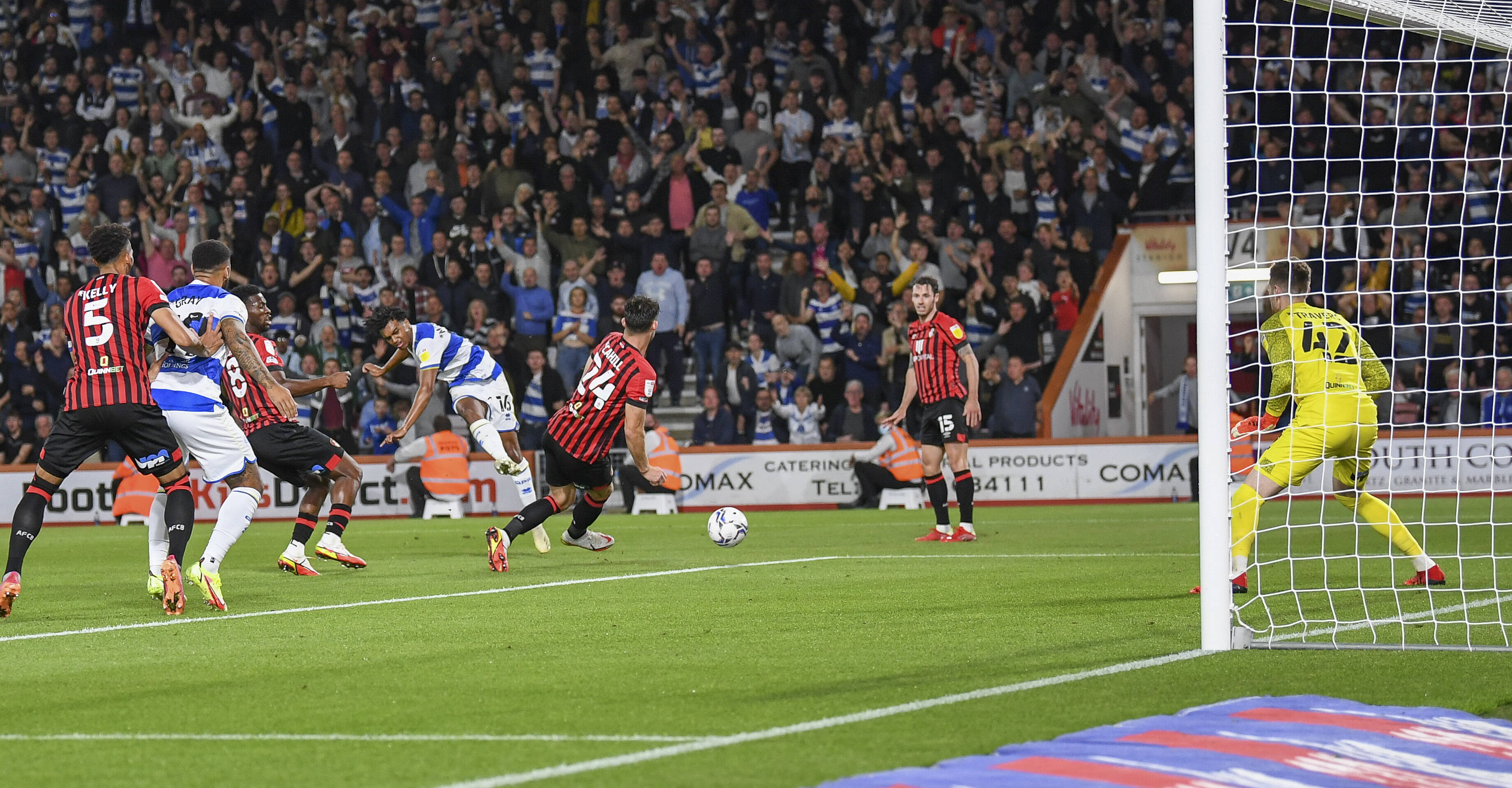