Derby County's bid for their own Great Escape continued, Andi Weimann was outstanding for Bristol City and there was a week of screamers in another round of the Championship...

There's a part of me that thinks we'll get to the end of the season and think back to when Derby had their mid season surge and for a minute looked like they were on the verge of setting up a potentially extraordinary escape. The Rams have not unreasonably been considered up to their necks in it from the moment of their nine point FFP sanction and then categorically doomed when a further 12 points was deducted when they went into administration.

As it stands, without their points deductions Derby would be in 14th position in the Championship and 13 points clear of relegation. I've speculated for large parts of the campaign as to what it would take for the Rams to get out of their predicament and settle on top ten form across the campaign being enough, with the caveat a low tide in the bottom six could assist further. I must confess, most of my predictions were made on the basis of proving how impossibly difficult it would be for the Rams to get out of trouble.

The crazy thing is Derby are not that far off where they need to be to have a proper run at surviving in spite of their deductions and colossal off field problems. This round didn't bring a fourth straight win, but a spirited performance and comeback to equalise in stoppage time and draw 2-2 at Reading. Derby played well but were sucker punched twice by Reading to go two down, with their manager Wayne Rooney absent but consulting over the phone, they threw in Colin Kazim-Richards and got what many considered a deserved point. The performance once again proved, as if we didn't know it already, that Derby aren't going to let any kind of adversity stop them making the best of what limited opportunities they may have this season. 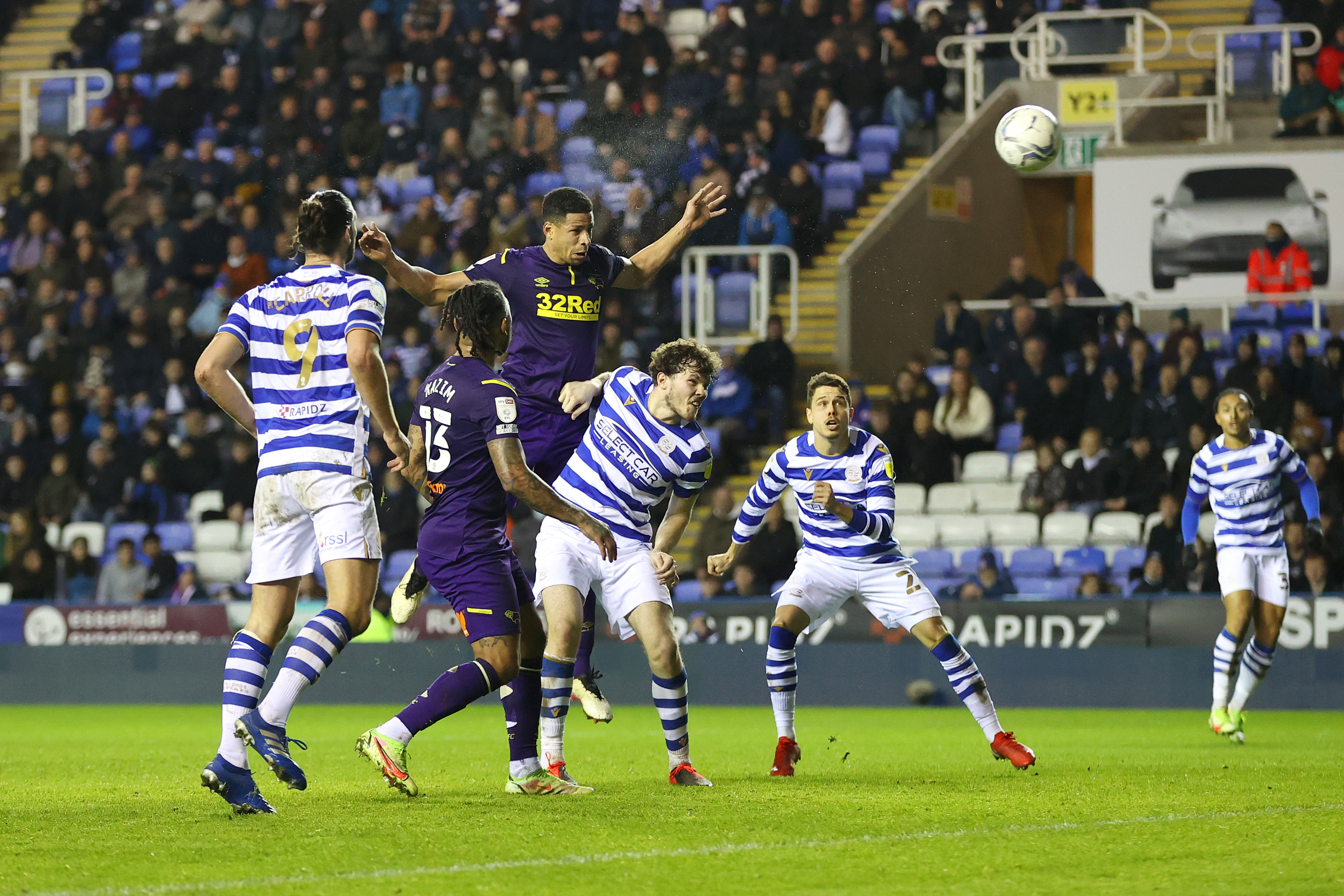 Where would Bristol City be without Andi Weimann? The Austrian hit a hat-trick in the Robins 3-2 victory over Millwall, who led 2-1 at half-time in an Ashton Gate five goal thriller. Although it would be easy to do, I'm not going to go down the road of removing Weimann's goals from Bristol City's games and recalculating the League table with them inevitably lower. This unrealistic old trick would be an even more potent bit of statistical sleight of hand with Weimann, as his party piece is scoring in samples of two or more on an impressively consistent basis.

I find it fascinating that a player can register 12 goals during a season and only once score a single goal during a game. Is he erratic, inconsistent, or reliant on confidence building and being exponentially better once it's there? Whatever the answer, Weimann is turning into a really vital player for Bristol City, for whom all of those possible explanations could also double as a description of their team performance this season. The Robins seem to have spent all of this season trying to find an identity on the pitch under Nigel Pearson, while off it some potentially worrying financial results have just been published. If they're to come out of this resetting period they need some players to carry them through the uncertain times, at the moment that weight is often being carried by Weimann. 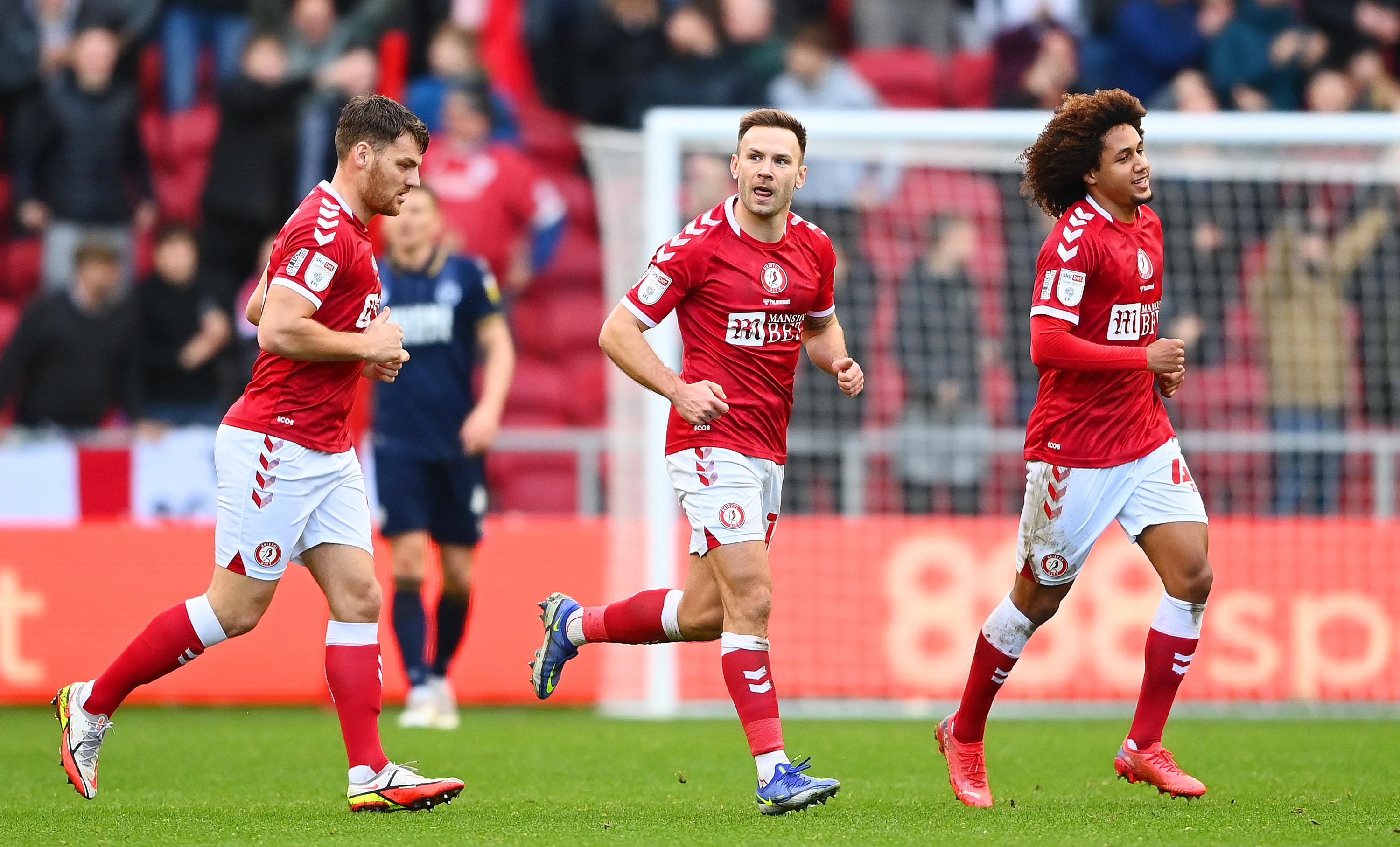 There must have been something in the water in the Championship dressing rooms this round of games as we were treated to a beautiful selection of new year goals. We had to wait until day two of the three day round for the fun to begin and the early kick-off between Bristol City and Millwall gave us our bar setting goal. Bristol City attacker Andi Weimann was in receipt of a poor clearance from Millwall keeper Bart Bialkowski, he intercepted with one touch, teed himself up with his thigh and within a split second half volleyed the ball over the helpless Polish keeper. Later that day Chris Willock took the ball and ran with it in the most literal and metaphorical context. Willock's starting position to the left of the penalty box didn't appear too dangerous, but he weaved inside and out, this way and that before beautifully curling in the finish into the far corner.

Onto Bank Holiday Monday, and with the standard set by Weimann and Willock, up stepped Reading, Derby, Preston and Stoke. First to strike was Reading's Junior Hoilett, picking up an old fashioned looking knock down from Andy Carroll before curling a right footed shot beautifully accurately into the side netting from outside the penalty box. However, it was over to the Bet 365 for the grand finale and a final two marvelous Championship goals. Ben Wilmot turned into Ronald Koemann for a moment, stepping out from centre back and lashing in a venomous right footer from absolutely miles out. Maybe the best of all was saved for last as Brad Potts improvised a disarmingly crazy off the cuff scissor volley to equalise that would have coaches simultaneously scratching their heads and applauding.

Whichever is your favourite, more power to you, I'll just celebrate them all and a vintage week for Championship goals. 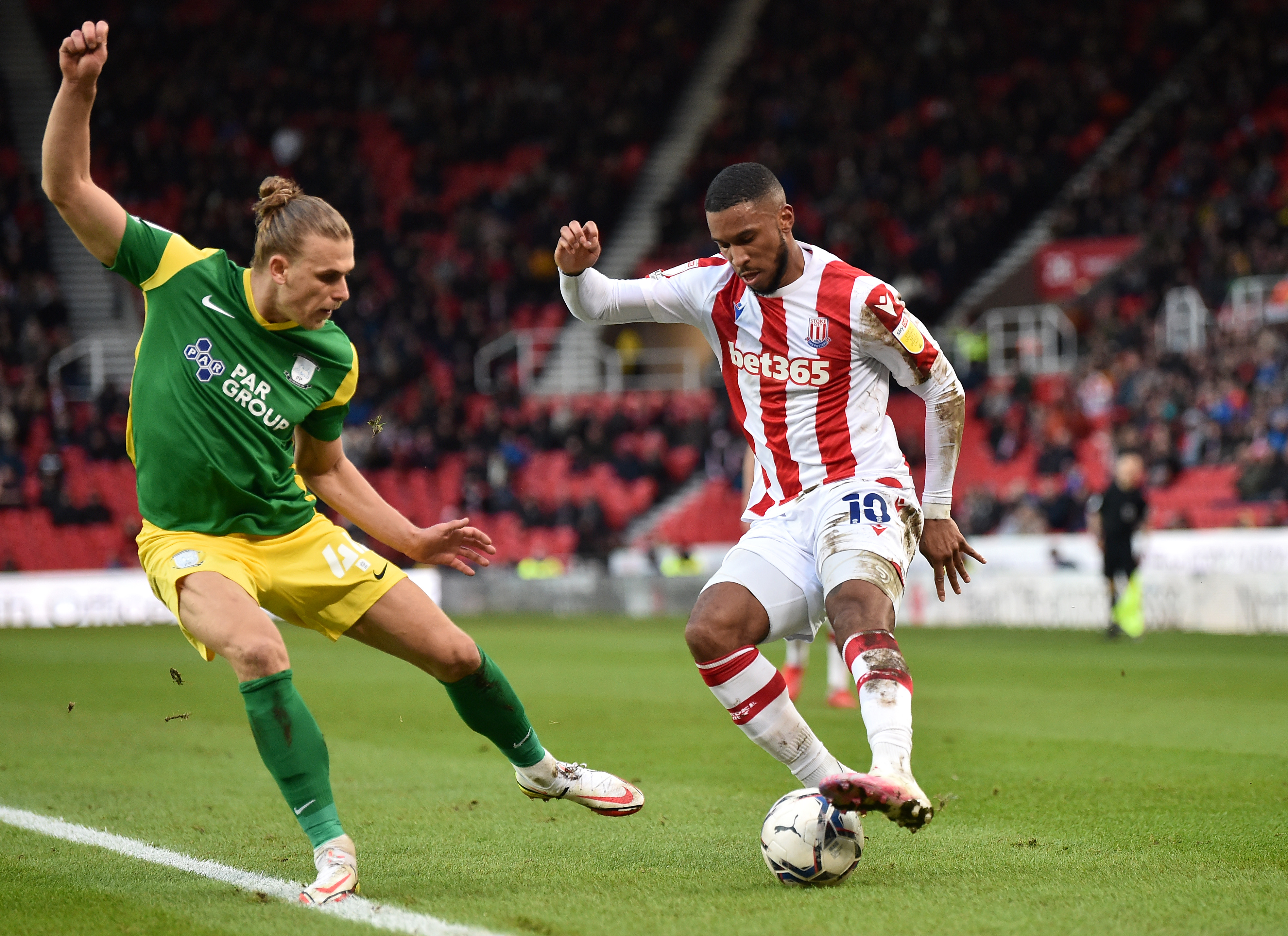 The Loanee Merry Go Round

We often hear about the managerial merry go round, especially in the Championship, but the first few days of the January window has given us a bit of a loan merry go round. With seemingly a solitary degree of separation between many of the deals, some new faces and some tough goodbyes have already happened in the loan market.

Wolves were the primary heart breakers as they recalled two of their loan players who were fairly well embedded in Championship teams. Ryan Giles left Cardiff to head back to Molineaux club having recorded a staggering nine assists in just 19 starts, with Dion Sanderson following him back there after 14 starts for Birmingham. Blues have already filled the Sanderson shaped hole by taking Teden Mengi on loan from Manchester United, while Cardiff reacted in kind and recalled Ryan Wintle from his loan at Blackpool.

Wales does seem to be the epicentre of the loanee merry go round, with Morgan Whittaker heading out from Swansea to Lincoln, but far more pertinently it looks like excellent Man United loanne right-wing back Ethan Laird is going to be redirected from Swansea all the way up to the top of table to spend the second half of the season at Bournemouth. Laird was well liked at Swansea and performing well, but Swans fans will know only too well about loanees moving up the table mid season after Connor Gallagher was redirected to the club after spending the first half of the campaign at Charlton, who were relegated in his absence.

We'll wait and see what happens next in the Championship loan market, but more than ever this January it seems that every deal has a knock on effect and becomes part of a chain reaction. What we do know is that in the remainder of the season this part of our column will see some new loanees and possibly some old favourites in some different locations. 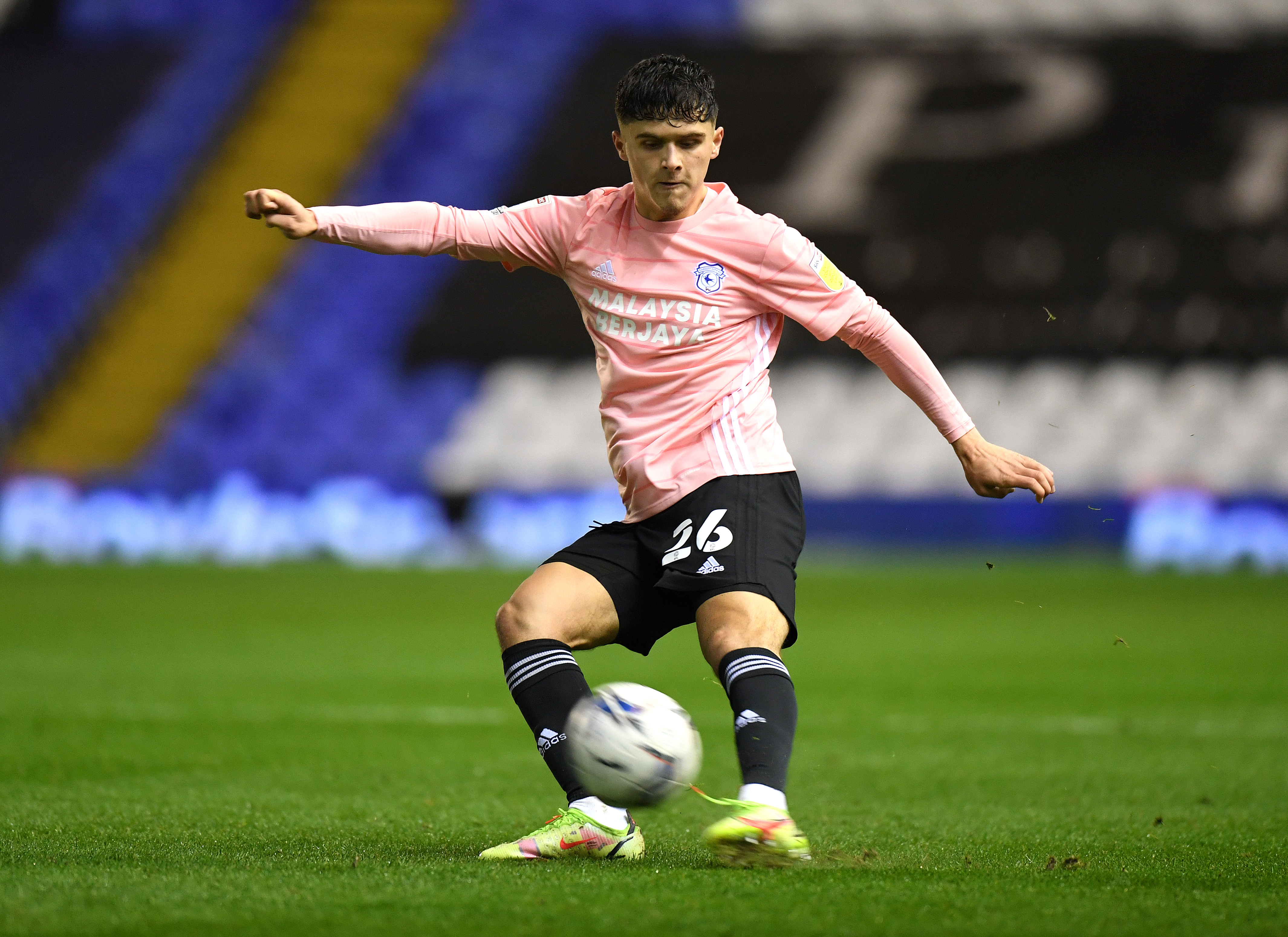