Barnsley and Cardiff City weigh up managerial changes, Coventry City overpower Fulham and Malik Wilks produced some magic for Hull City in the latest round from the Championship...

The absurdity of the Championship is often best summed up through the caustic prism of social media, a lot is said but sometimes a tweet just hits the mark perfectly. I'm sure we've all played that game of, if team A beat team B, but team B lost to team C, then surely team C can beat team A. It's all very basic and probably unhelpful, but I saw a really fun example this weekend after Coventry's monumental win over Fulham.

It went something like this. 'Birmingham 1-4 Fulham, Luton 0-5 Birmingham, Luton 5-0 Coventry, Coventry 4-1 Fulham'. In any sane hierarchic system, this type of inconsistency would be unthinkable, but in the Championship it's fairly commonplace. The punchline at the end of the tweet is the fact that Coventry thrashed Fulham, having been heavily beaten by Luton, who'd been heavily beaten by Birmingham, who'd been heavily beaten by, you guessed it, Fulham. Who knows which of the results will go on to be outliers when we look back at the end of the season? It may even be this one I'm about to describe, but the fact that this win was Coventry's sixth home win in six home games, would suggest otherwise.

The Sky Blues actually went in at half time a goal down, after Aleksandar Mitrovic bullied Kyle McFadzean into an own goal. The Coventry fight back was swift and decisive, Gyokeres pounced on poor Fulham defending to equalise, and Matt Godden won and dispatched a penalty to make it 2-1. When I say he 'won' the penalty, he almost created it out of thin air, and I don't mean that in a good way. Ian Maatsen scored the pick of the goals drilling in left footed, before Gyokeres, who else, added the fourth. It's not the first time we've picked out Coventry as 'Team Performance Of The Week' this season and it probably won't be the last. 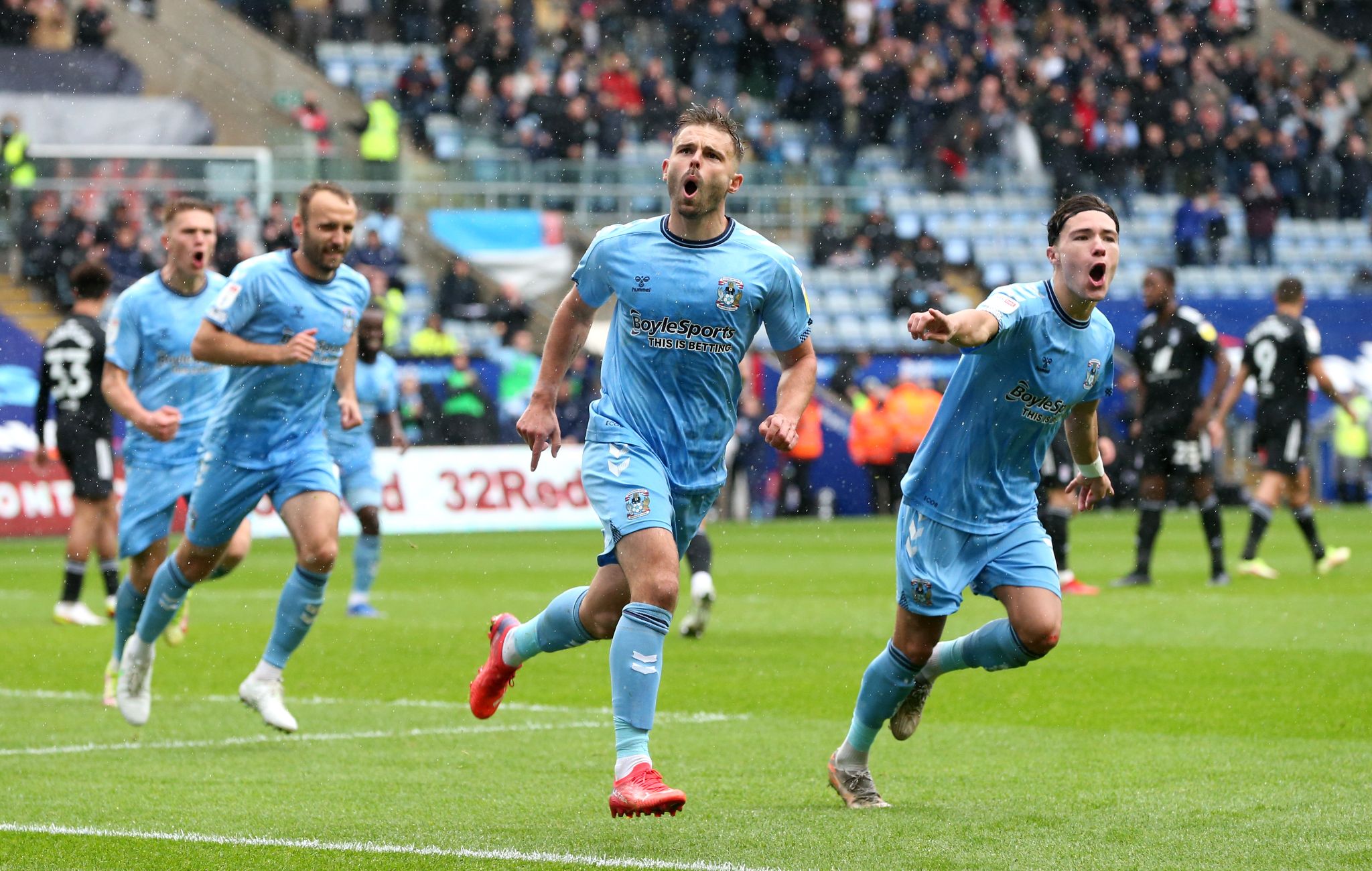 When selecting 'Goal of the week' it's often a toss up between an unimportant attractive goal, or an unattractive important goal. This week I think we've hit the sweet spot with an important and attractive goal. Let's be frank, any goal for Hull after their recent record breaking goalless run would have some narrative value. The Tigers hit four on opening day, then went six games without registering a single goal. Although they've hit two in the following three games, that was only enough to add one more point on to the total.

So, we're nicely set up story wise, Hull go into stoppage time defending a single goal lead against Middlesbrough, knowing that a further goal would make safe the goal-shy club's first win in ten games. Hull indeed got the decisive goal, and for a further narrative sprinkling, it was last season's top scorer Malik Wilks who came on as a sub to score his first of a season where much is expected from him.

With Boro high up pressing for an equaliser Greg Docherty won the ball back for Hull. Ahead of him Wilks needed to time his run so if Docherty releases the ball he'll go clear on the right, but will be inside his own half and thus onside. Both players got their timing bang on and the fresh legs of Wilks took him towards goal. As Wilks enters the penalty box, Boro defender Lee Peltier comes across to challenge, Wilks turns inside, gives keeper Joe Lumley the eyes, and arrows the ball in off the opposite post left footed. It's a great goal and a great moment, the sort that's absolutely perfect for columns like this. 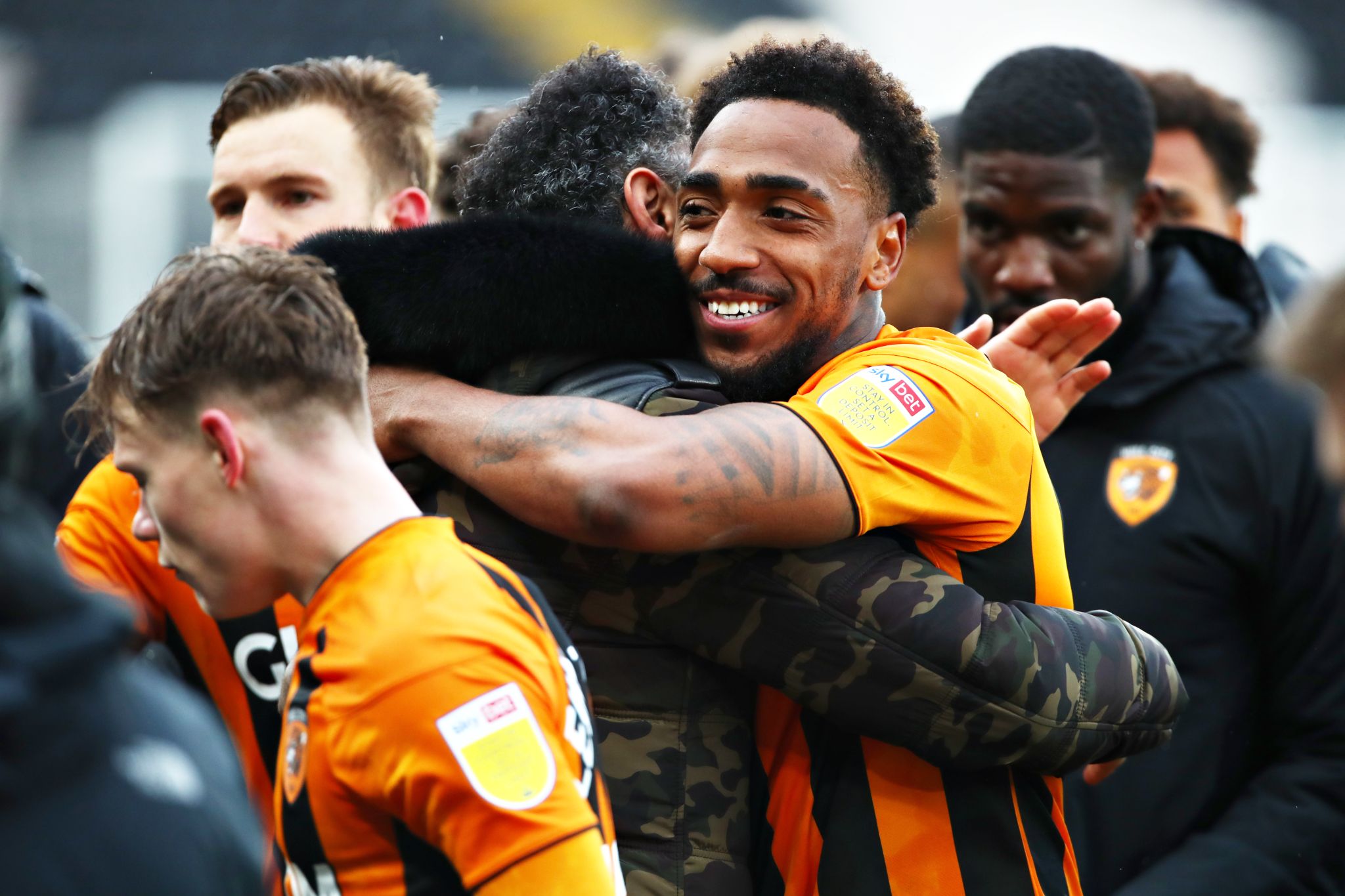 Schopp & McCarthy On The Brink

With the October international break a notorious managerial graveyard, we'll now spend the next few days carefully watching for two things. Firstly what is going on at the clubs with reputations for burning through managers quickly, we'd normally be looking in the direction of Nottingham or Birmingham but they should both be happy enough this international break. Secondly we'll look at the managers who are not performing well in relation to their club's situation and try to identify those who could be shifted out of their positions.

Unfortunately the two managers who Championship fans thought most needed a win this week didn't get one, worse still they both lost, and at home. Mick McCarthy and Cardiff have been on a horrible run, and despite Mick's inordinately robust reputation throughout the football world, not even he is immune from the consequences of losing six Championship games in seven. At McCarthy's former club Barnsley, Markus Schopp just hasn't managed to get going, with ten games gone the Tykes are in the relegation zone and nobody has fewer wins or goals.

The most frustrating aspect for fans of both of these clubs is that they were looking at the top end of the table as last season climaxed. McCarthy took over at Cardiff and the immediate upturn in form saw them enter the play-off positions with the home straight in sight. Perhaps Cardiff would've made it into the play-offs if it wasn't for the brilliant consistency of last season's surprise package Barnsley. As ever in the Championship, everything is intrinsically linked, but things change quickly and any disparity between expectations and performance provides a big problem for managers. It's never nice to see people's professional life played out so noisily and publicly, but that's the deal, and McCarthy and Schopp will hope for a quiet week, with plenty of assurances from their 'higher ups'. 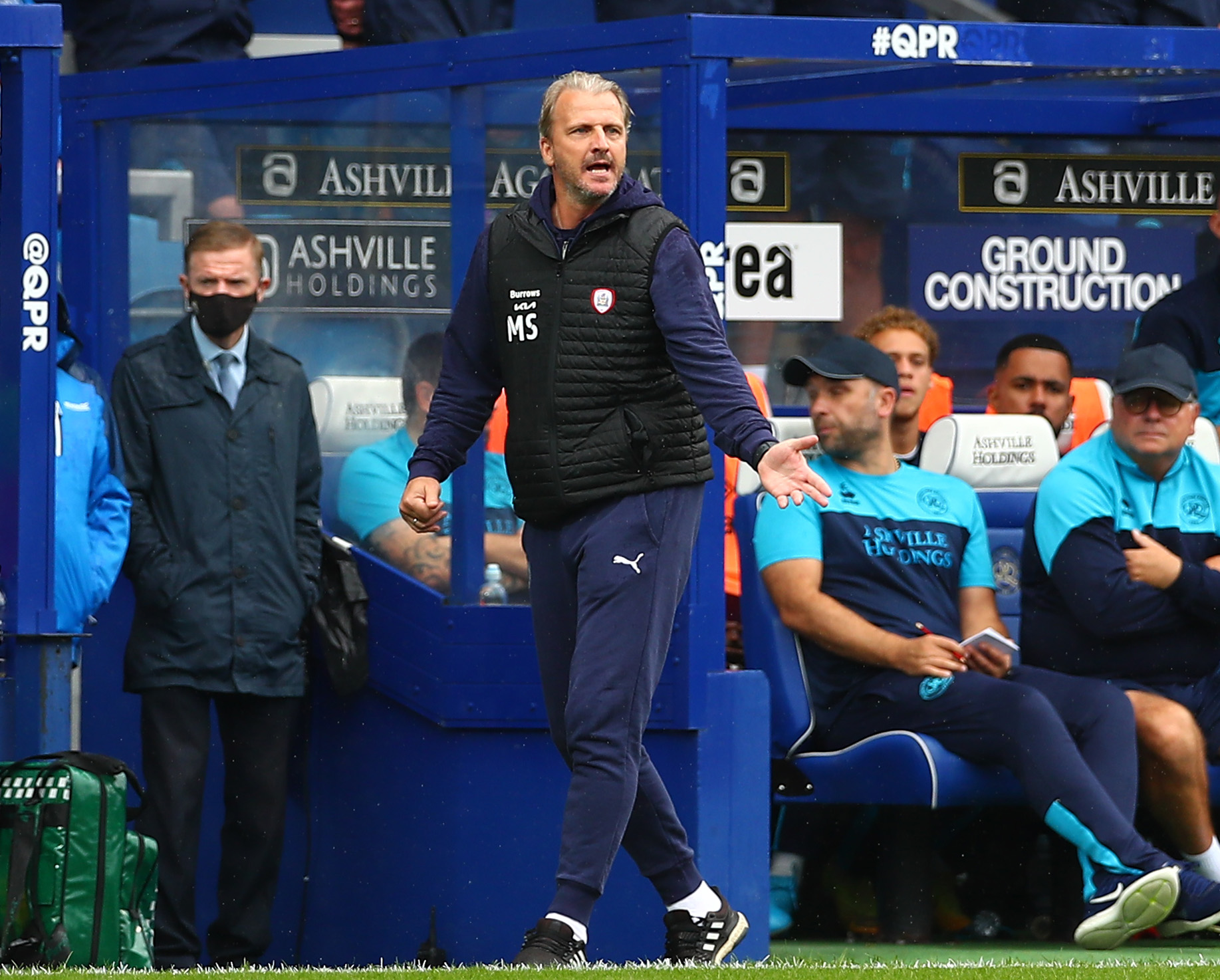 More often than not when I pick out a 'Loanee of the week' it'll be a player on loan from a Premier League club. When you think about why a player would be loaned, it stands to reason that a club lower in the pyramid would want to take a player better than those they have available, with the club loaning having enough resources to ship the player out to get some more regular football. On this occasion we're looking at Djed Spence, a rarer Championship to Championship loan from Middlesbrough to Nottingham Forest.

Before we give Steve Cooper all the credit, and he's rightly getting lots after his excellent start at Forest, we should acknowledge that Spence was brought in under the recently departed Chris Hughton. The 21 year old has started 40 games in the Championship at Boro, but Neil Warnock has been bold with his recruitment and freed up space at the Riverside by shipping out the likes of Spence, and other tested first teamers like George Saville, Sammy Morsy and Lewis Wing.

Despite being capable of operating further up the pitch as a winger, Spence has started all three of Steve Cooper's games at Forest as a wing-back. Those familiar with Cooper's work at Swansea will know the wing-backs were key players, so much so that Connor Roberts found his way to the Euro's with Wales and the Premier League with Burnley. Spence not only enjoyed another win this weekend, with Forest defeating Birmingham 0-3, but also popped up with his side's third and final goal. With Spence doing good things at Forest, perhaps Boro and Warnock will revisit the wisdom of this Championship to Championship loan in January, break clauses obviously permitting. 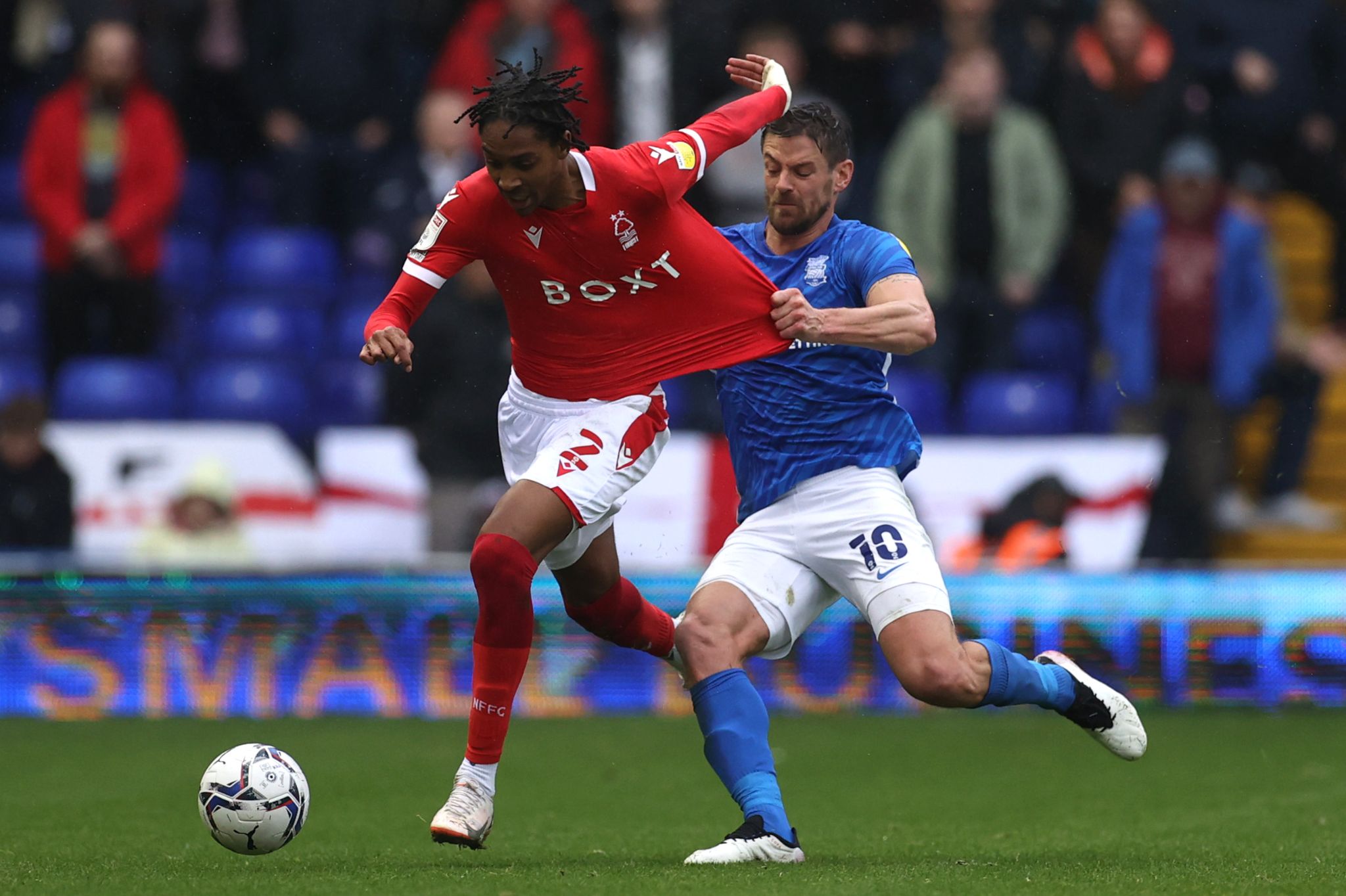