Coventry City produced a four-goal performance to lift their fans, Danny Ward delivered again for Huddersfield and Kienan Davis was back amongst the goals for Nottingham Forest - all in the latest round of the Championship.

Just when Coventry fans were settling into the idea that they may come up short in terms of the play-offs, along comes the sort of performance that gets everyone excited all over again. The Sky Blues had scored one point in the previous three games and the midweek defeat at home to fellow chasers Luton seemed somewhat symbolic.

While Coventry were symbolically losing to Luton, their opponents Sheffield United were equally symbolically thrashing Middlesbrough. It's that sort of season where things are so tight that every win seems a big one and every week the intensity ramps up a little more. It was Sheffield United who had got themselves looking like a big threat to all the promotion challengers, but they took quite the beating at the CBS this weekend.

The Blades actually took the lead through Sander Berge's header, but a long ball chased down by Viktor Gyokeres made it 1-1. In the second half Coventry absolutely blitzed Sheffield United scoring three times from a gargantuan ten shots on target. Callum O'Hare was the star of the show scoring twice and then laying on the fourth for Matt Godden.

We can probably judge O'Hare and Coventry in a similar manner. Both player and team can at times be very pleasing on the eye and leave us thinking they're one step away from doing some real damage in the Championship. This is what it looks like when Coventry and O'Hare click and like everyone in the mad scramble any kind of good run could take them close or indeed into that elusive top six. 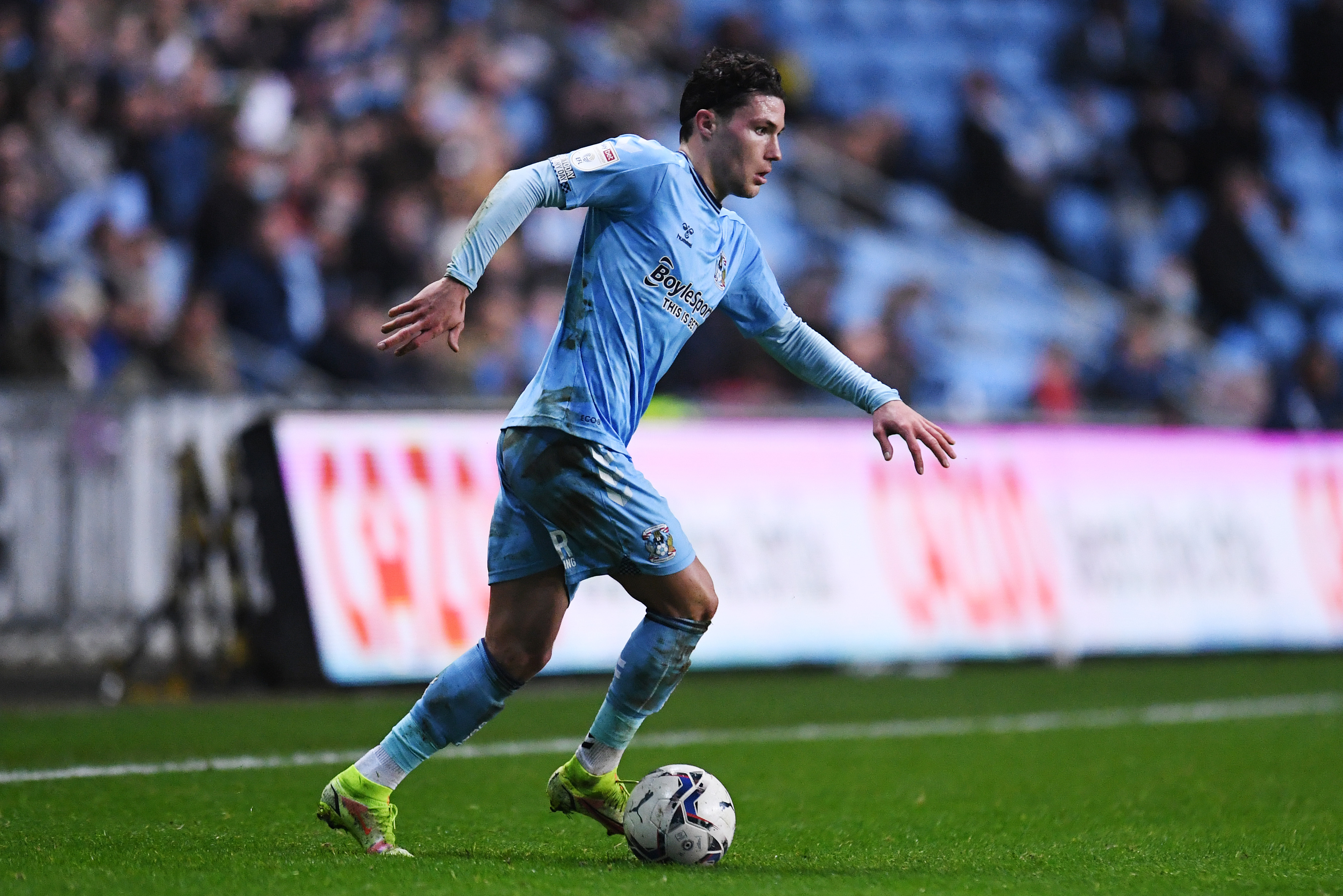 We've given Huddersfield a lot of credit for a lot of things this season. Carlos Corberan has done a superb job, the team looks durable and the recruitment has unearthed some absolute gems. Another huge tick in the box for Huddersfield has been the tune they've got out of Danny Ward, although the player should definitely take his share of the credit too.

Ward is Huddersfield's top scorer with 13, in fact only six players have more Championship goals this campaign. Now in his second spell with Huddersfield, Ward was picked up from Cardiff on a free transfer where he had started just 13 games in his previous two Championship seasons. Like everything else at Huddersfield this season, Ward is delivering and banged in another two goals at West Brom this past Friday night.

The opener was the sort of goal only a team in form seems to score, with Ward closing down a tardy clearance by Sam Johnstone and the ball deflecting straight back into the empty net. When Lewis O'Brien's shot was spilled by Johnstone in the second half, Ward swept home with ruthless efficiency and looked like he'd shot the Terriers to another three points. He hadn't. Two late West Brom goals rescued a point and denied Ward a match winning contribution.

This is already a high water mark for Ward in terms of Championship seasonal output. His final tally will go some way to guaranteeing what started as a surprising play-off push for Huddersfield but now looks like the minimum they can achieve this season. 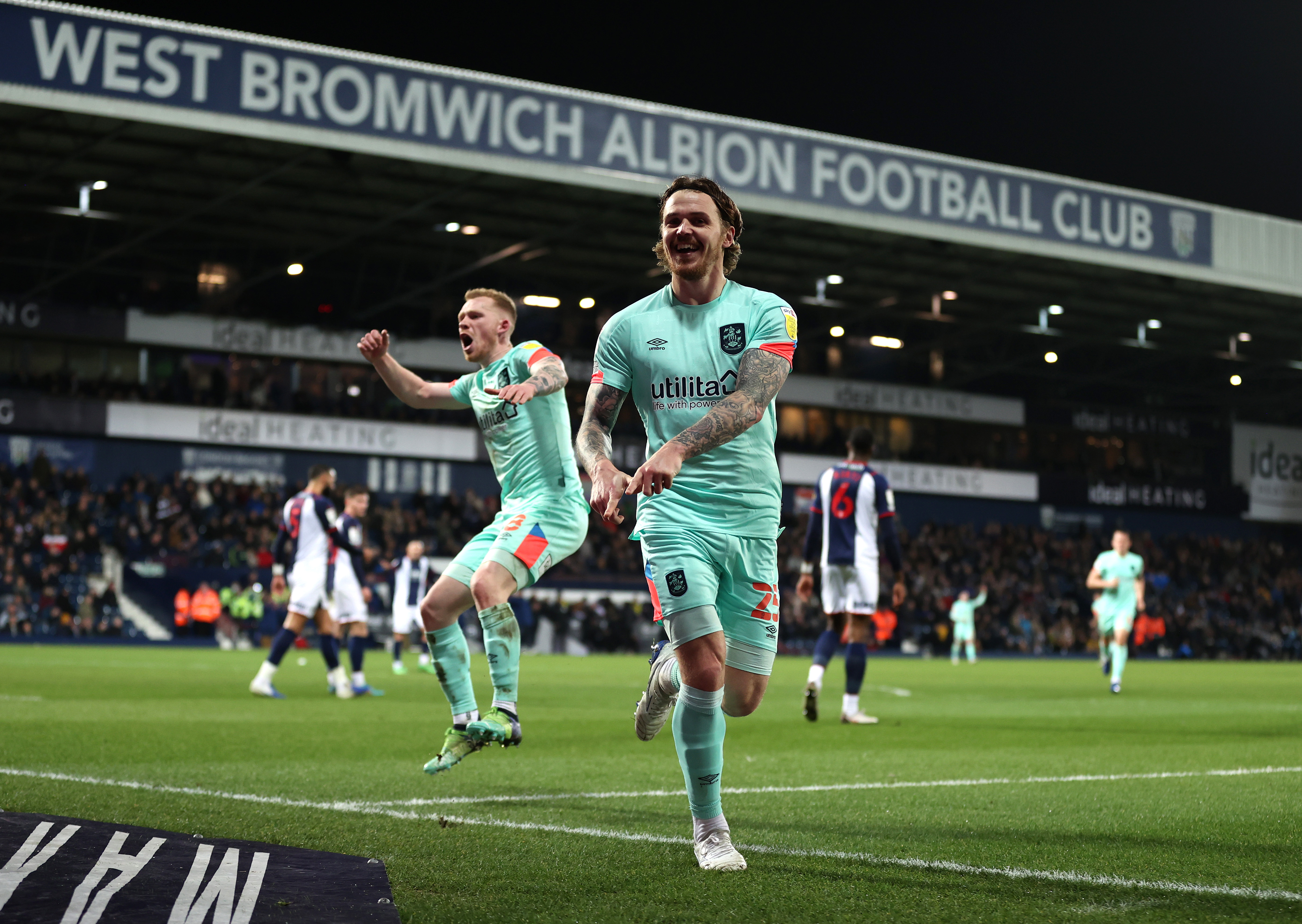 I've written various variations of what I'm about to write across the season but it really does need saying again. Referees in the Championship are really struggling to do the job asked of them and action needs to be taken to improve matters. What the action looks like is up to the EFL but either the training and education needs to raise the decision making level or they need similar help from technology that their Premier League colleagues are already receiving.

In the early kick-off between Barnsley and Fulham, Barnsley received a penalty when Carlton Morris hit the deck inside the box right at the end of the first half. According to referee Robinson, Morris had been brought down by Tosin with replays showing he'd not been touched and fallen backwards. Other examples this weekend saw Derby not get a penalty early on in their game at Bournemouth, as well as the game I attended between Luton and QPR seeing both teams aggrieved at decisions that went against them and led to goals.

And that seems to be the key this weekend, a lot of these decisions led to goals happening that perhaps shouldn't have and goals not happening that perhaps should have. I've said many times that any help would be a good thing, despite the calls I often hear for things to be exactly like they are in the Premier League or we do nothing. We can't do nothing and it really wouldn't be hard nowadays to check penalties that get given and goals that get scored. It'll be very interesting to see what comes out in terms of referring protocols in the EFL going into next season, hopefully a step forward will be made from the weekly deluge of fan complaints. 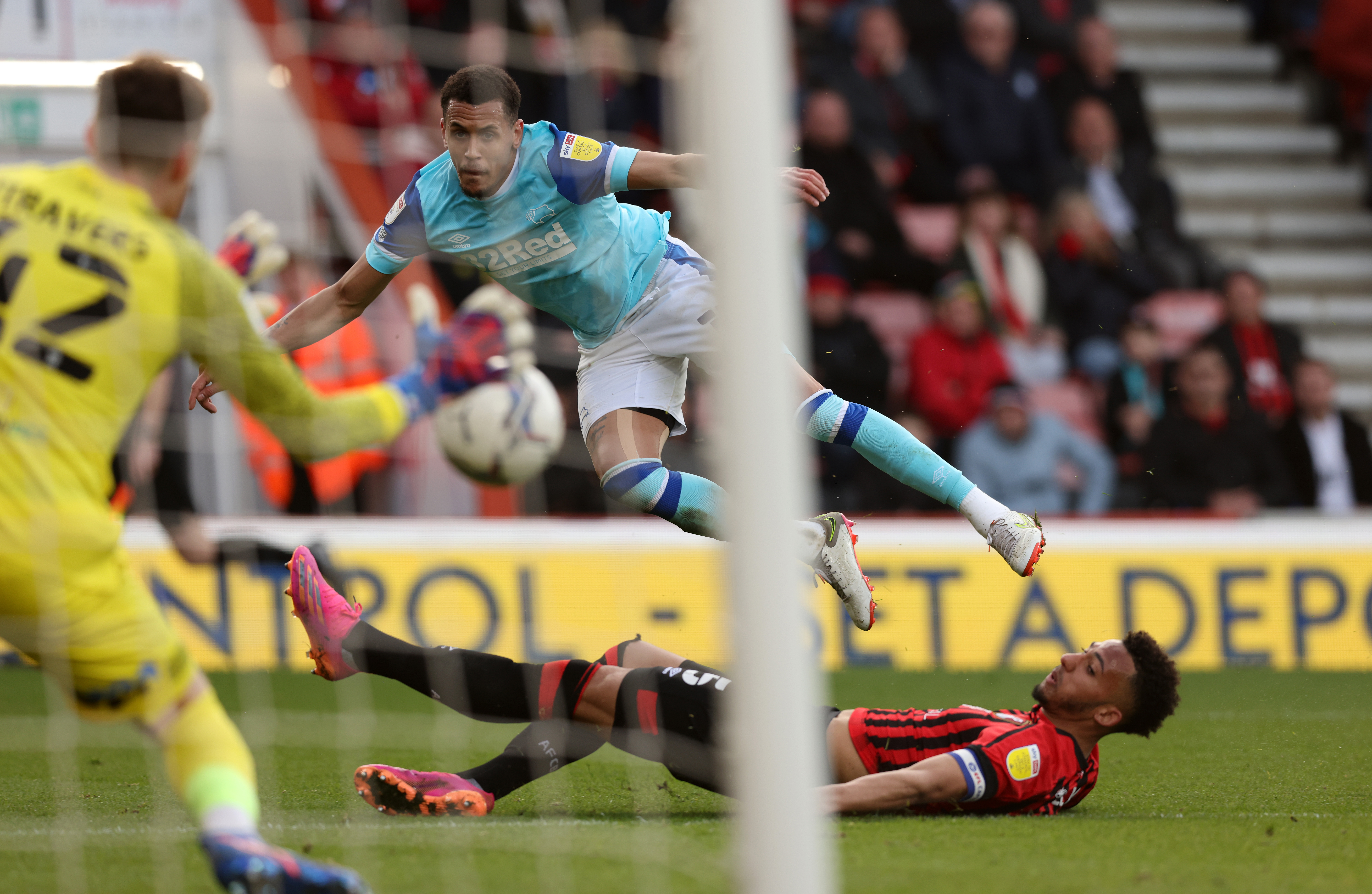 Nottingham Forest cruised past Reading 4-0 to secure an eighth undefeated game in all competitions. It gets better than that for Forest though with none of the four teams immediately above them in the table at the conclusion of the weekend recording a victory.

The Forest win was helped in no small part by Aston Villa loan striker Keinan Davis, who was on the score sheet twice to double his Forest goals tally. Davis was focused and ready to deliver inside 20 seconds when he controlled, spun and finished Djed Spence's cross with great efficiency. Davis's second was even better, it was another example of him receiving the ball and quickly turning but this time outside the box. He then dribbled inside the area and cracked the ball in off the far post left footed to make it 2-0.

Davis was subbed off before Ryan Yates and Sam Surridge added goals three and four, his work was done and perhaps the plan is for him to be as fresh as possible for Wednesday's vital clash with fourth placed QPR. The Villa man had scored in back to back games for Forest in late January but not since then, the goals will be a big boost but his physicality and ability to lead the line is obviously highly valued by Steve Cooper.

The direction of travel at Villa seems to be upwards and the recruitment drive has been ambitious and aggressive. The likes of Phillipe Coutinho, Emi Buendia, Leon Bailey and Danny Ings have all been added to the Villa Park attacking roster since the summer. For Keinan Davis, this means his future may well not ultimately be at Villa Park and I'm sure Nottingham Forest will be keenly discussing that in the not too distant future. 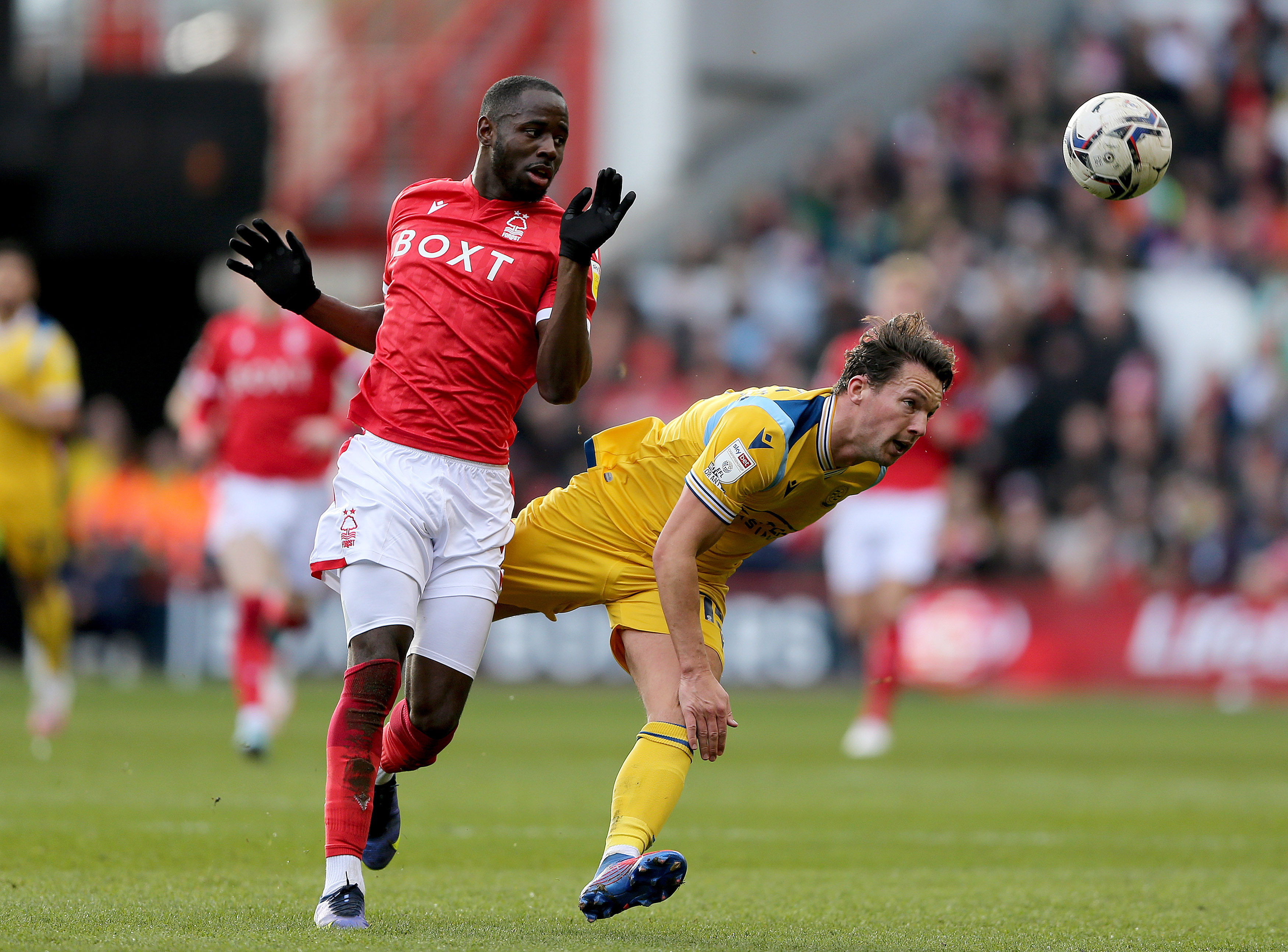