A new Spanish coach, a Spanish hat-trick hero and a young gun from Benfica all helped shape another exciting week in the English Championship.

Boxing Day football 2020 took place with fans locked out, and much of the country moved into what looks like another national lockdown at one minute past midnight. The new strain of Covid saw two games postponed, with Bournemouth and Rotherham not playing, the possibility grew of new teams in the top two, and bottom three. Despite all these complications, the Championship, as ever, gave us plenty to discuss.

In a game that saw five goals, a comeback victory, and a Will Vaulks goal from inside his own half, it's all the more pertinent that we're talking about Sergi Canos as the main story. The Brentford wide man scored a delicious hat trick, comprising a looping volley, a dribble and low finish, and a daring chip, as the Bees moved into the top four.

I've spent most of the season suggesting that the Brentford recalibration from their annual summer sales hadn't yet decisively happened. In replacing the output of the now departed Watkins and Benrahma, this Canos performance might suggest the solution was there at the club all along.

The arrival of Ivan Toney in Watkins spot has already proved shrewd, Bryan Mbuemo's double against Reading last weekend suggests a return towards last season's high standards, and this effort from Canos was, dare I say, Benrahma-esque. With the Spaniard having been thwarted by injury for much of the past couple of years, this could prove a symbolic moment in his, and Brentford's journey. 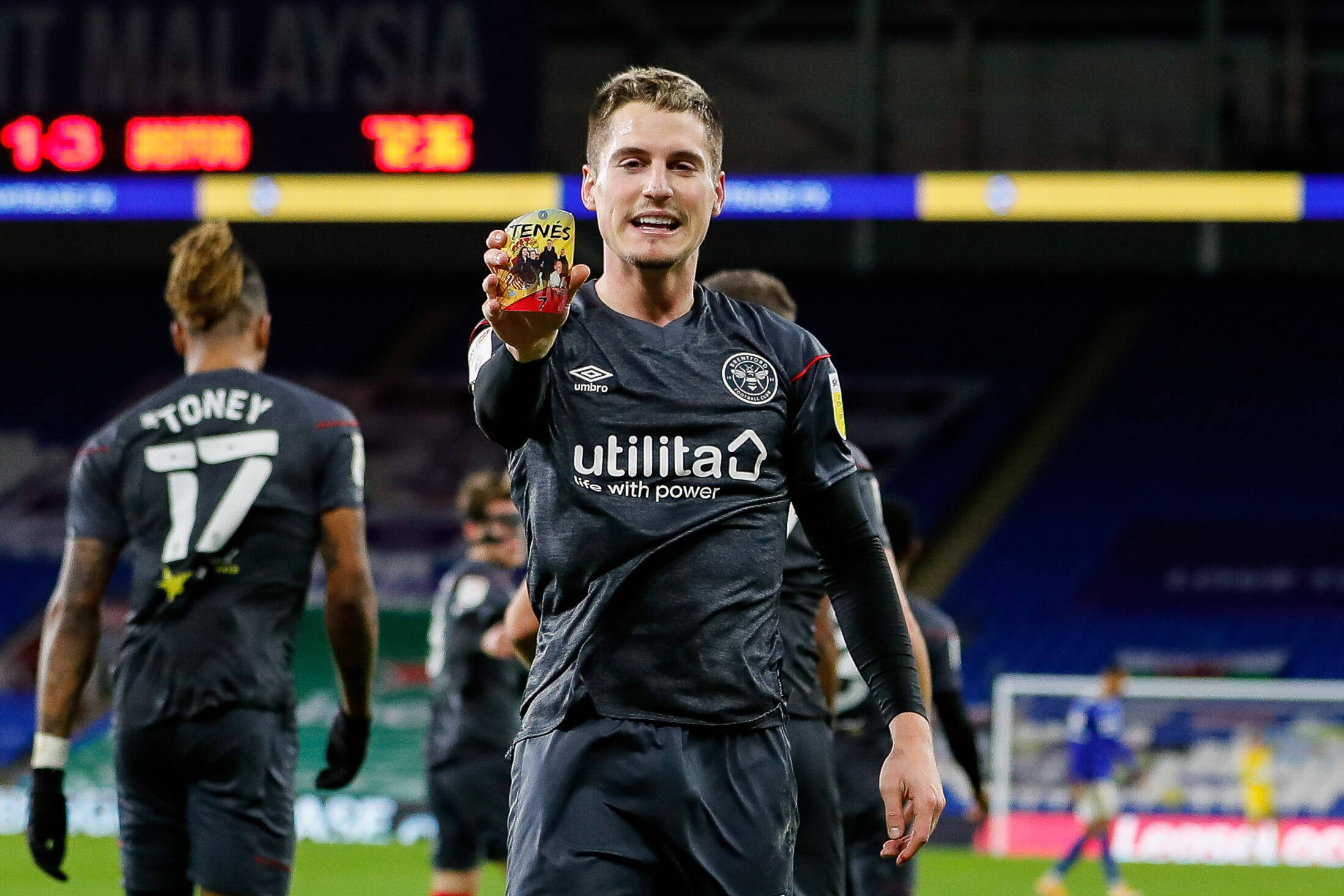 I would normally file the 'new manager bounce' along with the 'manager of the month curse', in the 'old wives tales' wing of the football library. Watford's win over Norwich didn't so much signify a team magically fast tracked from ineffective to effective, but was certainly an assured start for debutant boss Xisco.

Vladimir Ivic left Watford amidst cryptic statements from CEO Scott Duxbury, and captain Troy Deeney trying to debunk suggestions that his influence at the club was strong enough to see off the surly Serbian.

The fact Watford's victory came at the expense of leaders Norwich, is a further feather in the new bosses cap. The Canaries started the day five points clear at the top, and with their injury list lessening, looked very stern opponents. An Ismaila Sarr goal was enough for the three points, and their fans will hope this appointment will be enough to 'bounce' this talented squad towards an expected top two challenge. 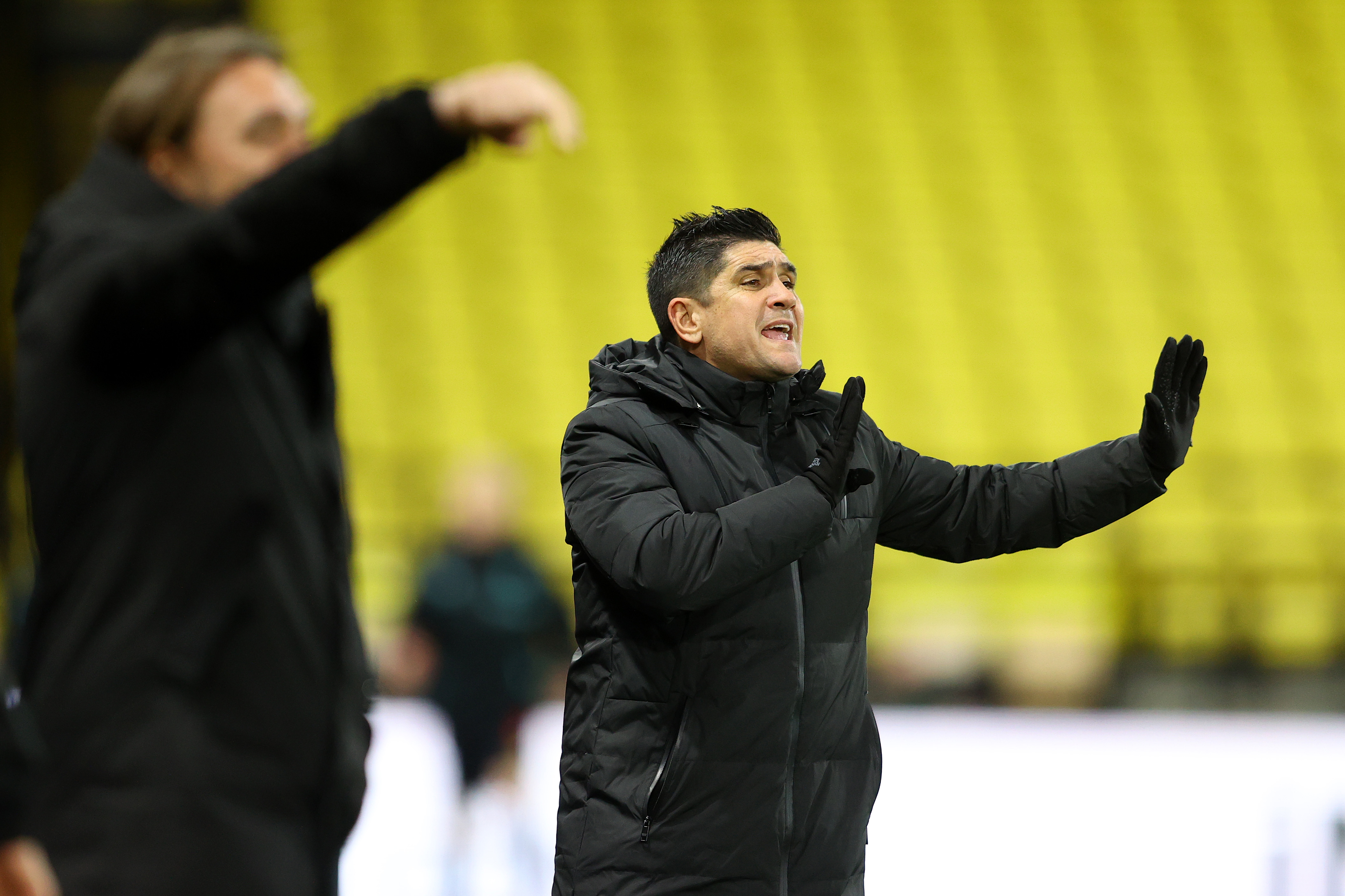 The fact that Reading are on course to be in the top six at the midway point is testament to an excellent job by boss Veijko Paunovic. The Royals finished down in 14th last season, and haven't had a viable challenge since Jaap Stam was in charge.

Reading have, like many clubs, been struggling through injuries, and went into this weekend's game against Luton minus Moore and Richards at the back, and Joao and Meite up top. They still managed to get the job done with a set play goal from Tom McIntyre, and a second from our loanee of the week Alfa Semedo.

Semedo, who was loaned by Benfica to Nottingham Forest last season, scored for Reading for the first time. A highly efficient attack saw a give and go with Baldock slice right through the centre of the Luton defence, followed by a ruthless finish.

With Coivd contributing to a depressed transfer market and a heavy schedule, loans will be key in January, and Reading will be happy to already have Semedo aboard. 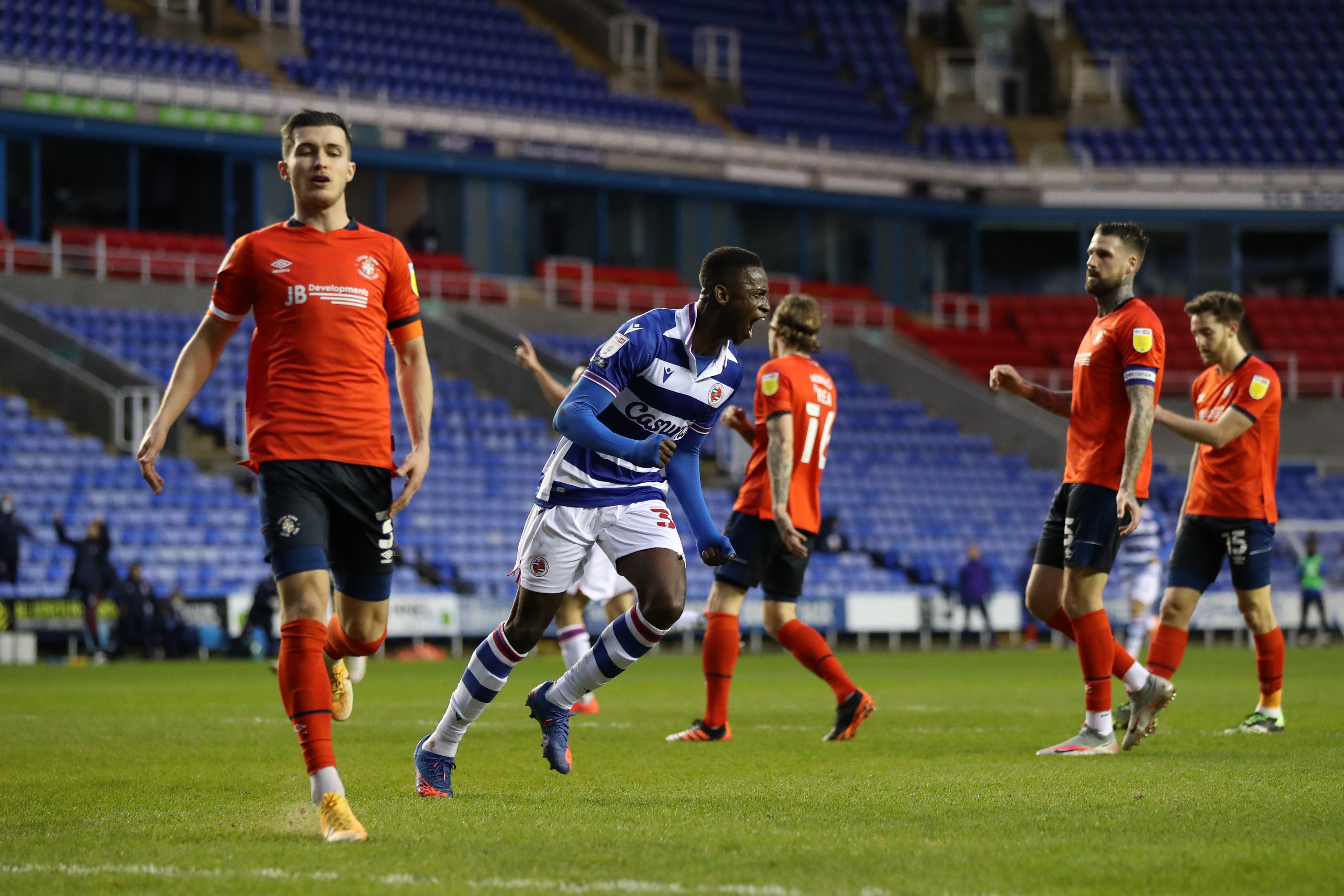 We've bemoaned injuries enough already in this column, let's celebrate the return of three players from long absences, who have all been important figures at their clubs.

Firstly, John Swift came back for Reading for the first time since September. Swift stepped up last season to become a key performer under Mark Bowen, but this period on the sidelines has rendered him unable to continue his progress. With Rinohmota and Laurent locked in as deep midfielders, Swift will likely operate further forward in an exciting group of attackers with Ejaria, Olise, Meite, Joao, and Puscas, if, and when, they're all fit and available.

Secondly, Joe Allen came off the bench for Stoke at Coventry, the Welsh midfielder hasn't kicked a ball for the Potters this season, and with Mikel and Clucas both out makes a welcome return to Michael O'Neill's midfield.

Finally, Bradley Dack appeared for Blackburn for the first time in a year after an injury in a 2019 Christmas clash with Wigan. Despite being out of the football picture, Dack is married to reality TV personality Olivia Atwood, and his rehabilitation has been charted on the show 'Olivia Meets Her Match', if you like that sort of thing.

Even with the excellent pair of Armstrong and Elliott in the side, Blackburn have struggled to break down defences in recent matches, and Dack's Rovers return could be a big help, if he can quickly reach his previous creative best. 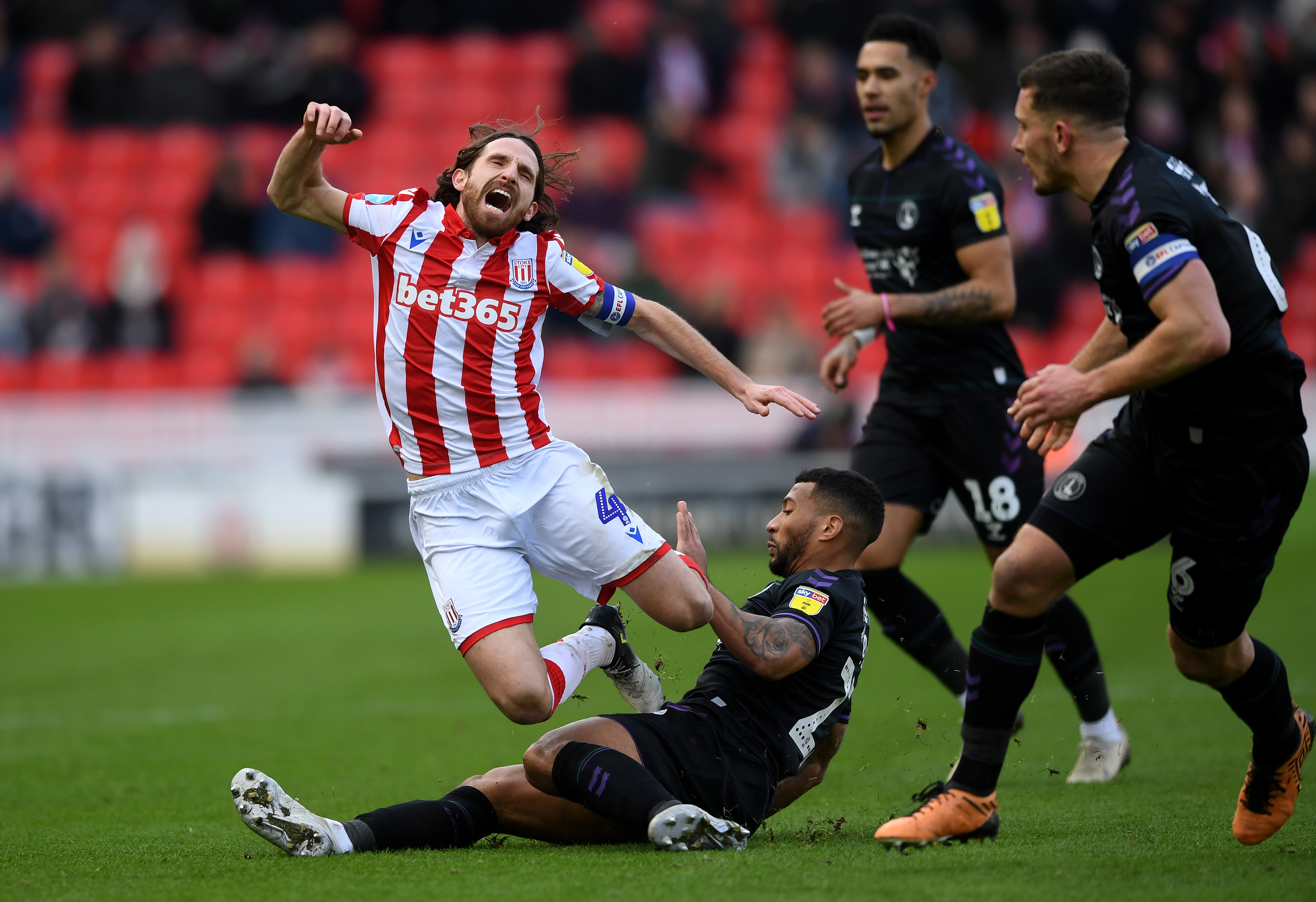 Alan Browne And The Preston Four

A controversial mix of red card, and late goal, saw Preston win at Derby. Ok, the red card wasn't too controversial, with Martyn Waghorn endorsing the many stereotypes about strikers tackling, but the late goal and scorer slightly more so.

Derby fans will complain the Preston goal came so late, Preston fans will complain that it might be too late to keep the goalscorer and a number of key teammates. Alan Browne, Ben Davies, Ben Pearson, and Daniel Johnson all go into the January window with six months of contract remaining, putting Preston in a pretty precarious position.

The four players are all proven Championship operators, and may see a move away from Preston as a chance to play at a higher level. In these situations one of three things tends to happen, either a new deal and a pay rise is secured, the club cashes in for a decreased fee, or the player sees out the deal and becomes a free agent at the end of the season.

Preston's recruitment has generally been good over recent seasons, however buying and selling only go so far if you can't hold onto the assets you've already got. 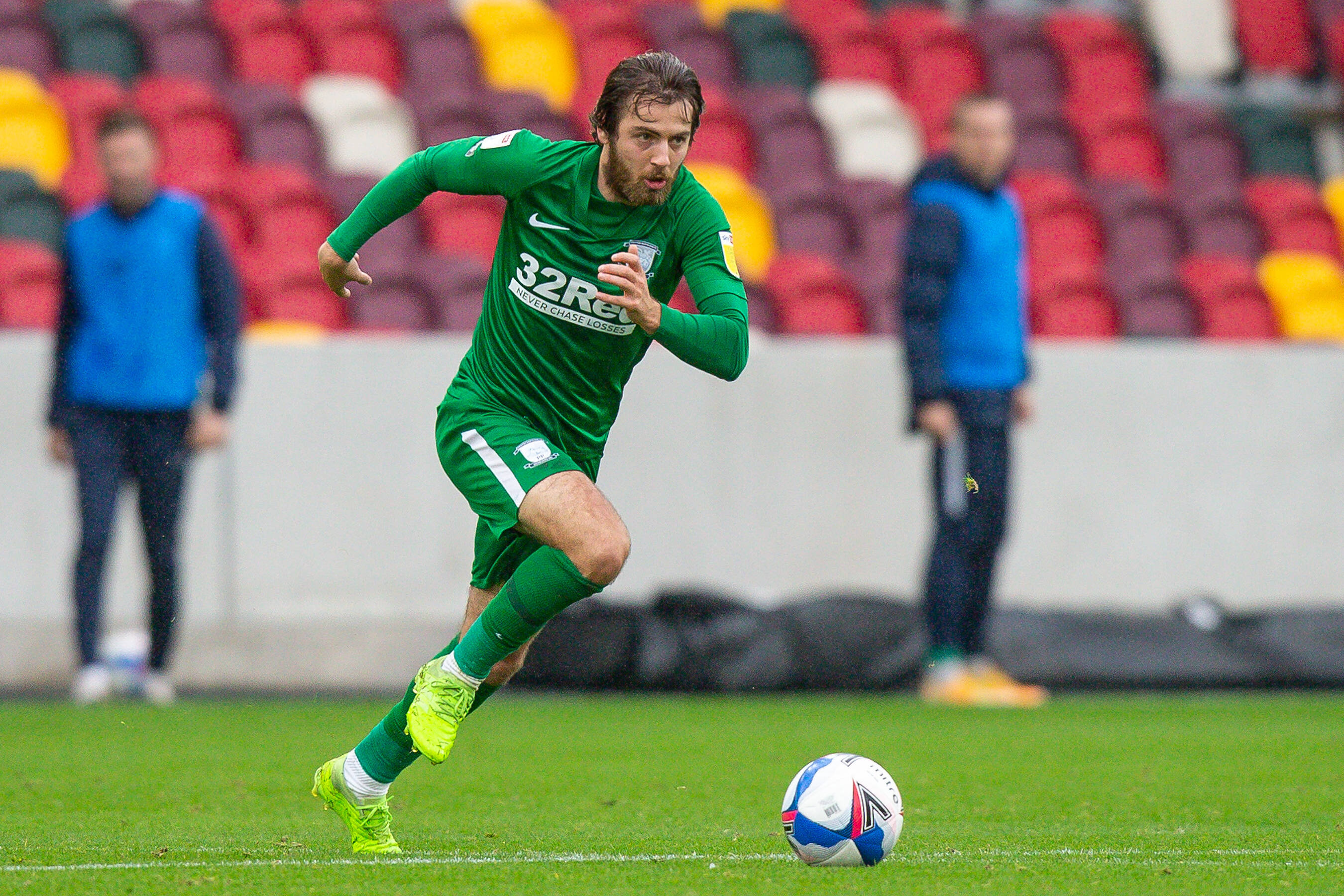