We made it, 9 rounds of Championship games in 5 weeks completed, and we can all go and enjoy Christmas now. Well, some of us can!

After a good performance, football fans often tell me that a certain player is 'the best in the league' in their position, some even go all in and suggest they are 'the best player in the league' full stop.

On most occasions the fan is guilty of using hyperbole to justify their over excitement, and letting their positive emotions override their reasoning. If I ask them to come up with a top 5 to solidify their stance, the silence is often deafening. With all of that being said, those Norwich fans who told me Emi Buendia is 'the best player in the league' this weekend, might be the exception that proves the rule.

Buendia was a star in Norwich's 18/19 promotion, and despite their poor showing in the top division, he still caught the eye at Premier League level. Buendia scored highly in many of the key passing, and chance creation metrics, in spite of playing for the bottom team.

The fact nobody came in to sign him in the summer was a surprise, but what is absolutely no surprise is that this player, in this division, is proving once again to be just too good.

Neil Warnock's Middlesbrough recorded their third straight win this weekend, as they thumped Birmingham 4-1 at St Andrews. Whilst Boro have been imperious at home, matching Bournemouth and Watford as joint best in the division, this away triumph was a rarer event.

The Teesiders went behind early, but came back with two goals in each half, securing a comfortable win over their former promotion winning boss Aitor Karanka. The three game winning run for Boro extends further, to a fifth win in eight, and contrary to the expectations of many, they have found their way into the Championship Christmas top 6.

Of all the seasons to try and make a play-off challenge, this may be the trickiest. With the crazy Covid calendar backing up fixtures, and the relegated teams seemingly more powerful than ever. In Warnock they have a manager who can read the unpredictable Championship terrain, and if they add a few more away performances like this to their excellent home form, Boro will certainly be in the play-off mix. 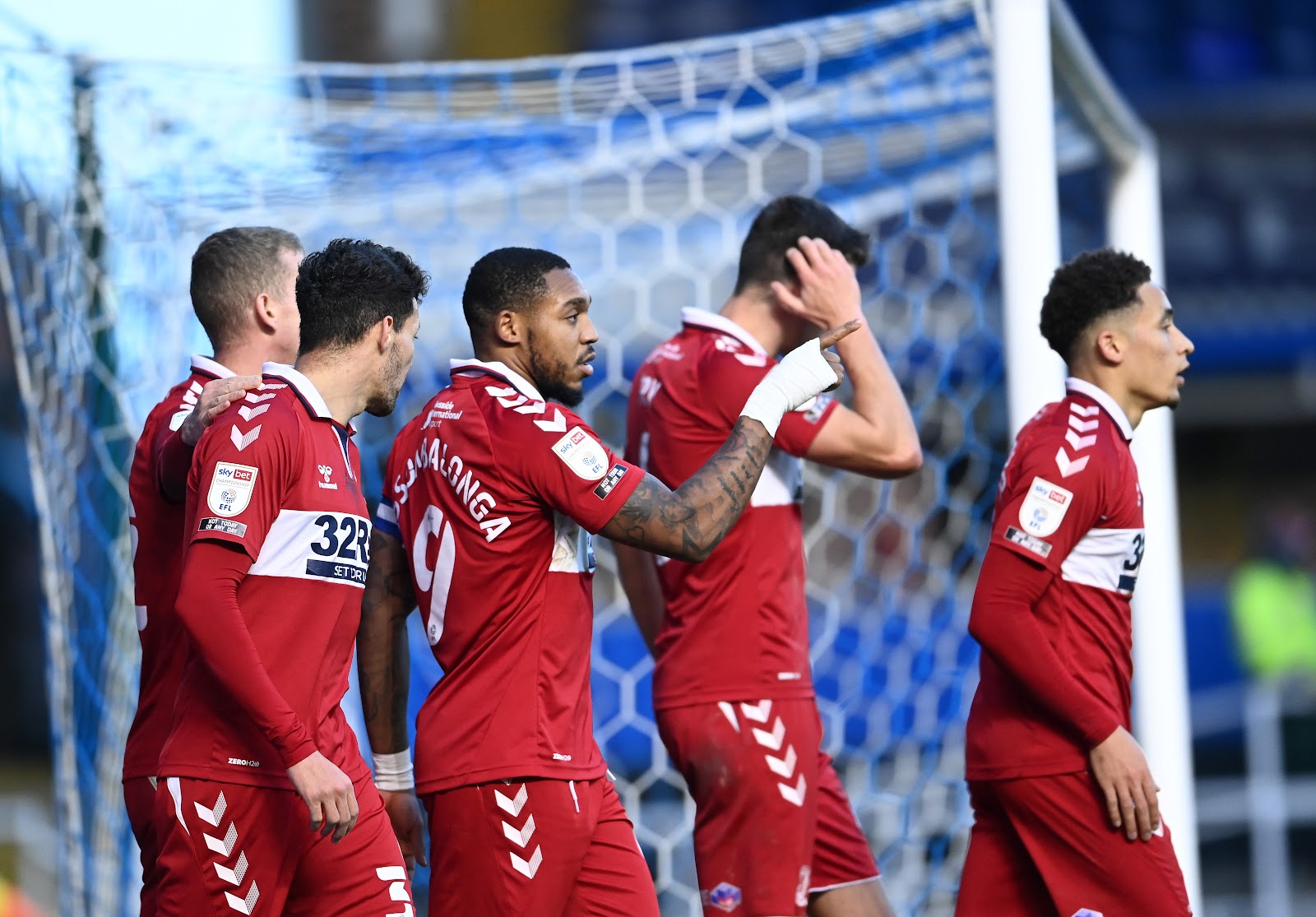 Swansea have the best goals against column in the Championship league table. Having conceded the least goals is not quite an unarguable single factor analysis that solves all debates about defensive merit, but it is revealing. One slightly more certain thing, is that behind every successful defence is a good goalkeeper, and Swansea number 1 Freddie Woodman kept clean sheet number 11 of the season against Barnsley this weekend.

When it comes to goalkeepers we know very little. There's only one per team, they move very little, and their most important work goes unseen, via a constant stream of instructions to their teammates from their unique vantage point.

Woodman, 23, has been on the loan circuit almost his entire career, and is as close to a Premier League keeper as you can get without being one. Swansea are third, with only Begovic and Krul operating above Woodman in the division, and they've both been there and done it at the top level.

It will be interesting to see if Woodman eventually gets a chance in the Premier League at parent club Newcastle, Dean Henderson took a similar route and is patiently waiting on the Manchester United bend. Perhaps when Newcastle look at the Championship and see two ex strikers now topping the Championship scoring charts, they might try a different strategy with Woodman. 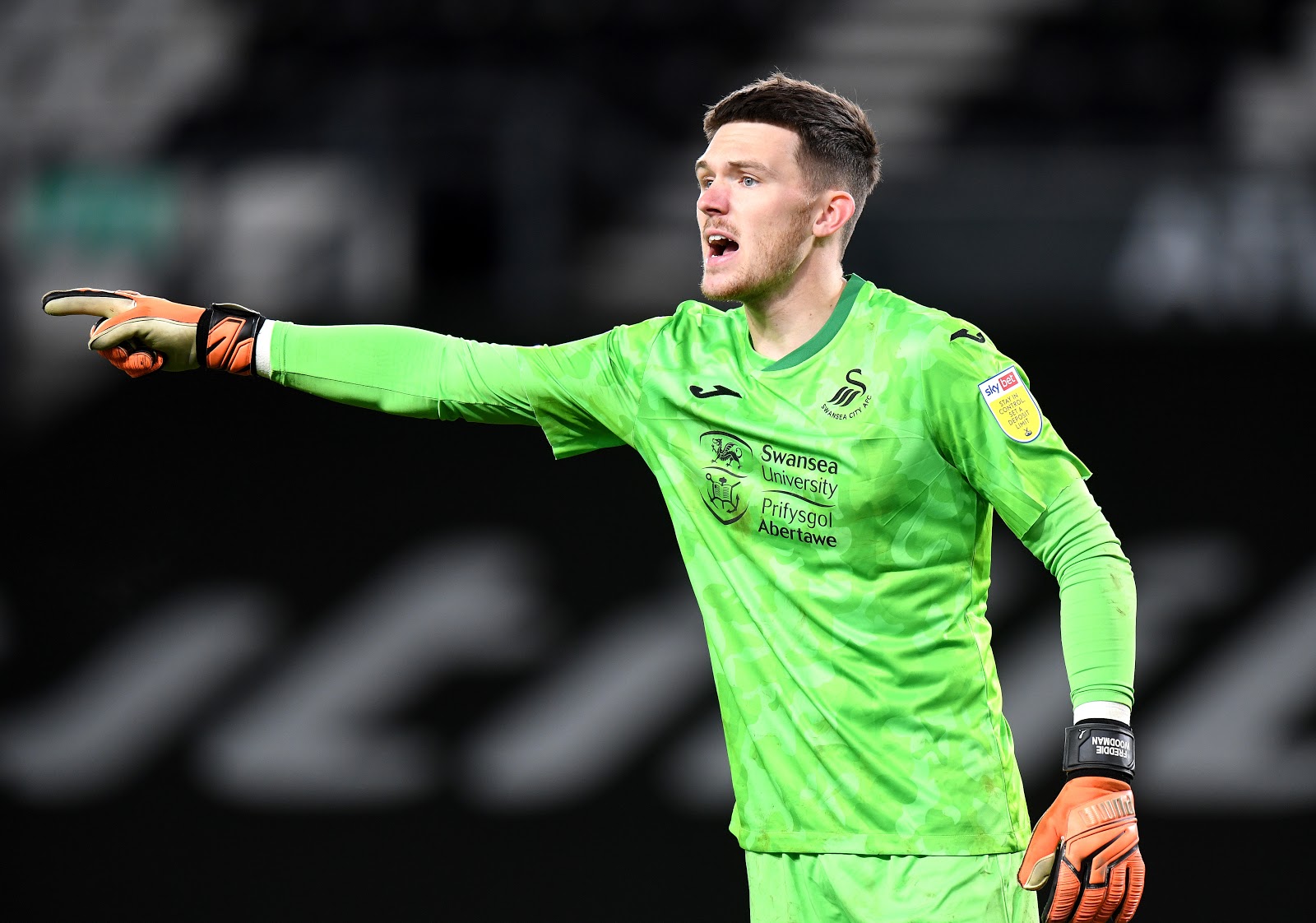 I was at the Bet 365 this weekend covering Stoke v Blackburn, I try to be punctual but it's a skill I could improve on. The fact I was actually in the ground for a 3pm kick off when another in the same division was called off, means the decision to cancel Derby's game at Rotherham came very late in the day.

Normally in situations like this, we worry about fans who have travelled many miles, and spent their hard earned wages, having to turn around and go home without seeing any football. This is of course 2020, and as we wait for a new normal, old worries like this become irrelevant.

A statement on the Rotherham website tells us the game was called off 'following a positive test of Covid-19 for a member of Paul Warne's squad, with further players within the first team bubble showing symptoms of the virus at present.'

Championship football has managed to consistently get matches on throughout the Covid pandemic, and situations like this one have been few and far between. The worry for football, and wider society, is that the new variant 'super strain' of the virus may cause a whole new set of problems.

Geoff Eltringham And The Two Moores

It was a fun few days in the Championship for referee Geoff Eltringham. In midweek he awarded a controversial penalty for Norwich against Reading, and as chance would have it, he was embroiled in an almost identical case at Preston on Friday night.

Both of the penalties Eltringham awarded involved a quick skilful player going down in the box, for Norwich Max Aarons, and for Preston Scott Sinclair. Both penalties involved a centre half called Moore sticking out a leg in the box, for ReadingLiam Moore and for Bristol City Taylor Moore (I wonder what Bobby would think about all this!). And, both penalties involved me watching a replay over, and over again, to try and figure out whether Mr Eltringham was right or wrong.

Obviously these decisions are subjective, and the consensus swings wildly during debates. One thing is for certain, and that is that both Scott Sinclair and Max Aarons successfully helped Mr Eltringham make up his mind by making sure he noticed that they hit the turf in the penalty box.

Everyone has a job to do, attackers provide goals, referees ensure the game runs correctly, but defenders also have a job, and that is to stop attackers. Whilst both Moores did stick out a leg, the evidence for that leg actually impeding the progress of the attacker seems to be worryingly attached to the attackers ability to quickly fall, rather than actual evidence of impediment.