Sheffield United produced a perfect away performance at Fulham, John Buckley grabbed some spotlight at Blackburn and Ryan Wintle again shone for Blackpool in another round of the Championship...

Deep in the football lexicon, somewhere in between a 'smash and grab' and a 'dominant away win' lies 'the perfect away performance'. It's one of those strange bits of football speak that values a backs to the wall, sneak a goal, defensively minded away win, over a more convincing and comprehensive victory. This weekend in the Championship we had a contender for the slightly confusing moniker of 'the perfect away performance' in the Monday TV game between Fulham and Sheffield United at Craven Cottage.

Here we had all the necessary components to bestow upon Sheffield United 'the perfect away performance' honour. Fulham, the free scoring league leaders are playing at home and favourites to win, they have a wonderfully stocked squad, as well as the division's top goalscorer playing up front. Up against Fulham were Sheffield United, who's underachieving first half of the season has seen them fire promotion winning former Fulham boss Slavisa Jokanovic.

The Blades grabbed an early goal, Ilman Ndiaye picked the ball up well inside his own half, drove forward and overpowered Jean-Michael Seri, sidestepped Tim Ream and placed a lovely left footer into the corner. The goal arrived only three minutes into the game and United sat in, used veteran Billy Sharp to punch holes where he could on the break, while their back three aggressively marshalled the dangerous Fulham frontline. Fulham created very little, only right at the death did Aleksandar Mitrovic wriggle free in the box, but his shot hit the bar and Harry Wilson skied the follow up. I think the cliche goes, Sheffield United earned their bit of luck.

Fulham are stuttering at the top, but fortunately for them, so are Bournemouth and West Brom over the past seven or eight games and the Cottagers still go into Christmas top of the League. As for Sheffield United, they have underachieved for much of the season but are finally on the move up the table and for their latest three points, they can celebrate 'the perfect away performance'. 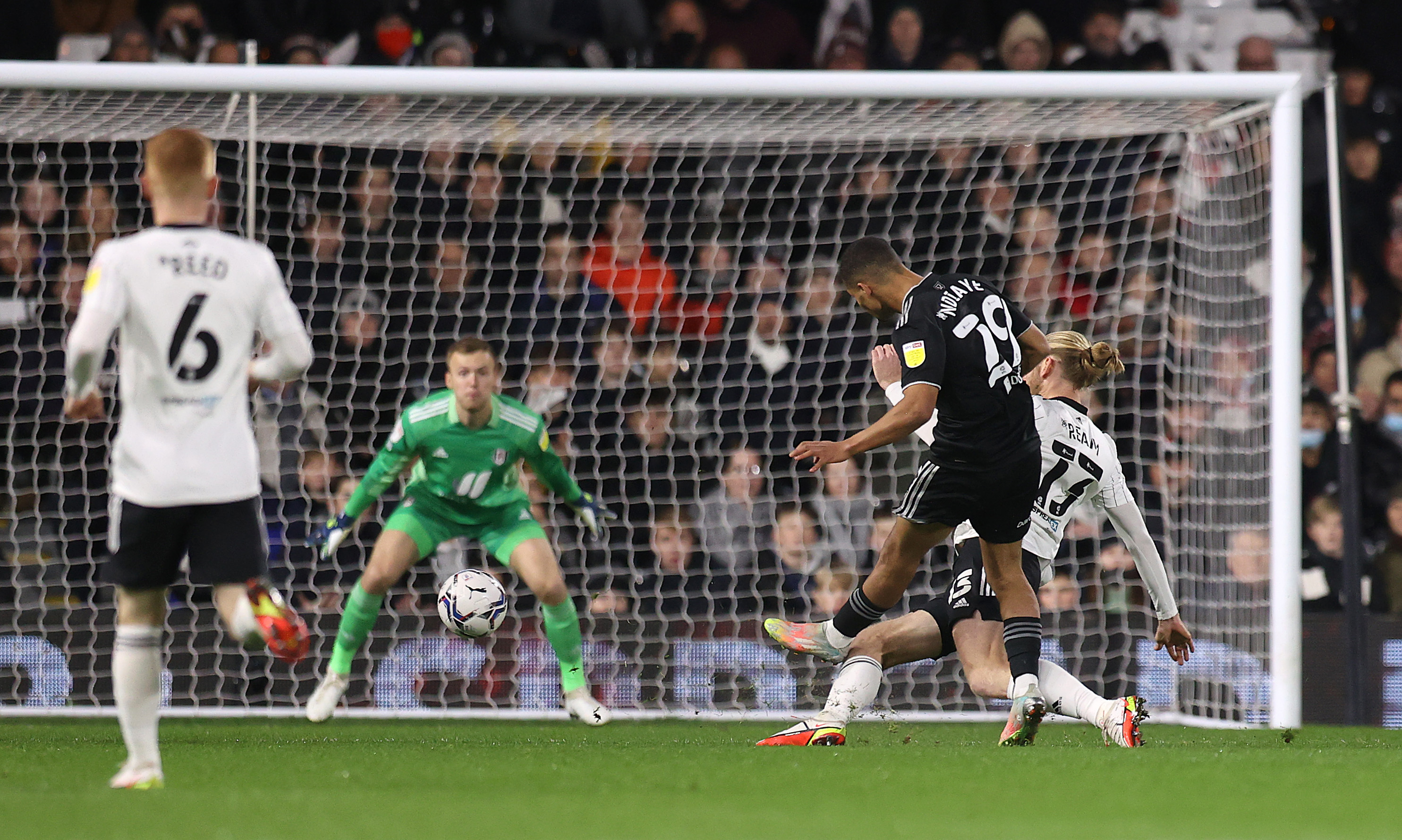 It's good to go under the radar sometimes, let others take the spotlight and build your part without the pressure that comes with being the centre of attention. When it comes to Blackburn this season, anyone who only has a passing interest would probably only be aware of one name. Well I say one name, it rolls off the tongue as three.

Ben Brereton-Diaz has been the goalscoring, headline grabbing, soft drink endorsing, Chilean sensation everyone has been talking about. With the sale of last season's top scorer Adam Armstrong at the start of the season, alongside the long term absence of Bradley Dack, Brereton-Diaz has stepped up and led the way in sensational fashion. Where the Chilean international has gone, the entire team has now followed and Blackburn find themselves up in third place on an incredible run of eight wins in their last ten Championship games.

One man now stepping out from under the radar, or indeed the Brereton-Diaz shadow, is young midfielder John Buckley. Buckley, 22, has been around the Rovers squad for the past three seasons, but has already made more starts in the Blackburn first team this season than the other three combined. Rovers manager Tony Mowbray has used Buckley in various spots across the centre of midfield, but the recent five game winning streak has come with him in the number ten spot playing behind a front two.

Buckley hit his first goal of the season in the latest win for Rovers this weekend, a 4-0 thrashing of Birmingham City at Ewood Park. With Rovers winning and Buckley scoring, both he and others will begin to be looked at as important components in their own right and not just a teammate of Ben Brereton-Diaz. 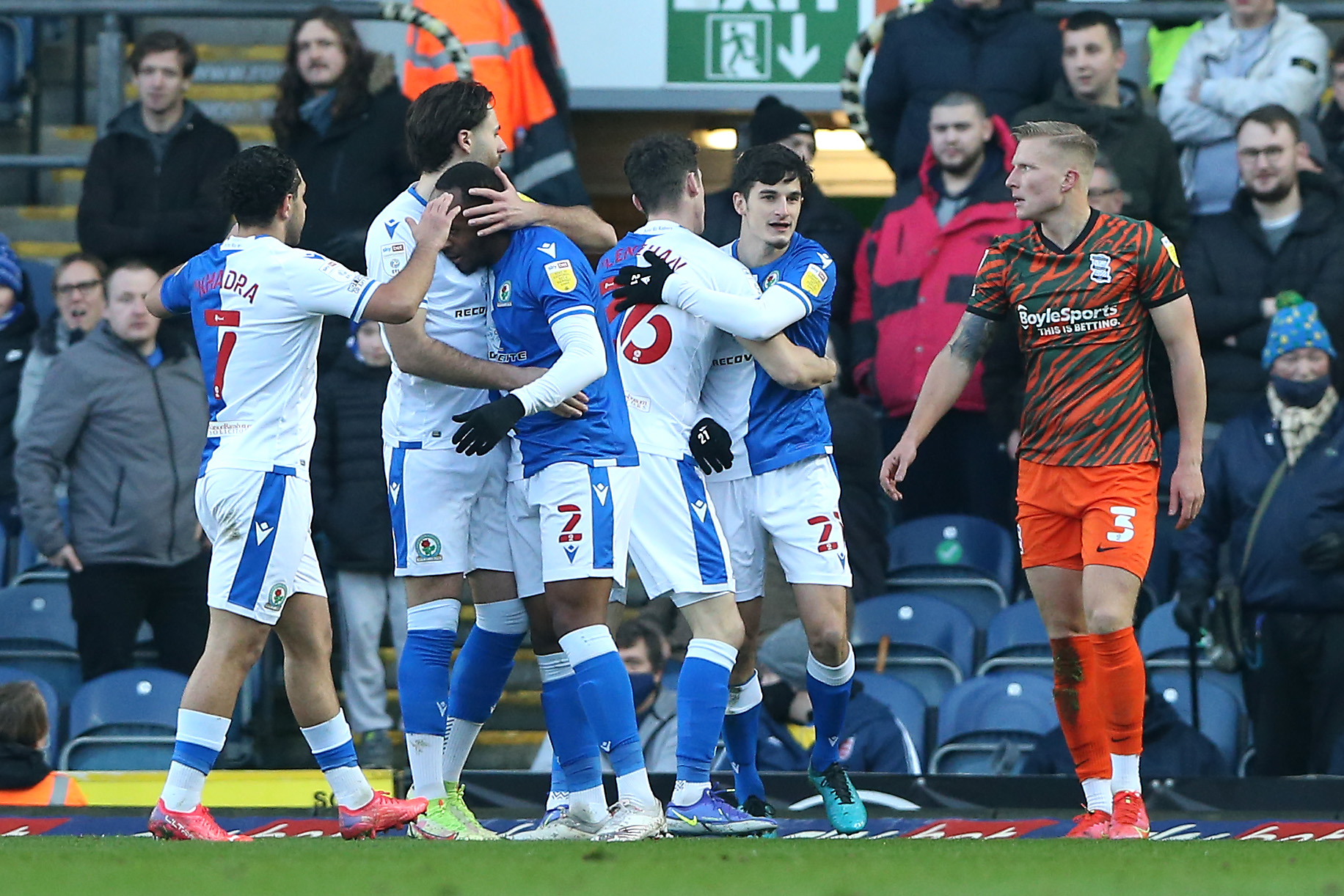 Last week this column talked about potential Covid chaos in the wake of Sheffield United v QPR becoming the first game of the season to go down to positive Covid cases. Since last week's piece was written things have moved forward, or backward depending on your outlook, meaning big interruptions to this weekend's programme.

The dominoes fell as the week progressed, the first game to go was understandably QPR's trip to Swansea, given their outbreak was the cause of last Monday's TV match, a quick calculation of a ten day isolation meant they were never going to play this weekend either. Next to go was Preston v Millwall and Reading v Luton, the latter game particularly frustratingly as poor old Reading were expecting a big crowd having made plans to celebrate their 150th anniversary. On Thursday, Wayne Rooney's press conference pretty much confirmed Cardiff v Derby would go under and Stoke's trip to Coventry then followed. Thankfully that was that, five games cancelled and seven games still went ahead, meaning over half of the Championship games were played.

Obviously the main issue around this Omicron variant spreading around the country at great pace is the health of the nation and ability for vital services to function. Perhaps this week will be the peak, but I sense we will be in for a disrupted next couple of weeks coming up. More cancellations will occur and the EFL will be looking very closely at their calendars for free spots to fit in any games that are lost to Omicron. The World is now in a far better place to deal with what appears to be, fingers crossed, a milder variant of Covid, and hopefully we'll be dealing with a short term spike, rather than anything more serious over a longer period. 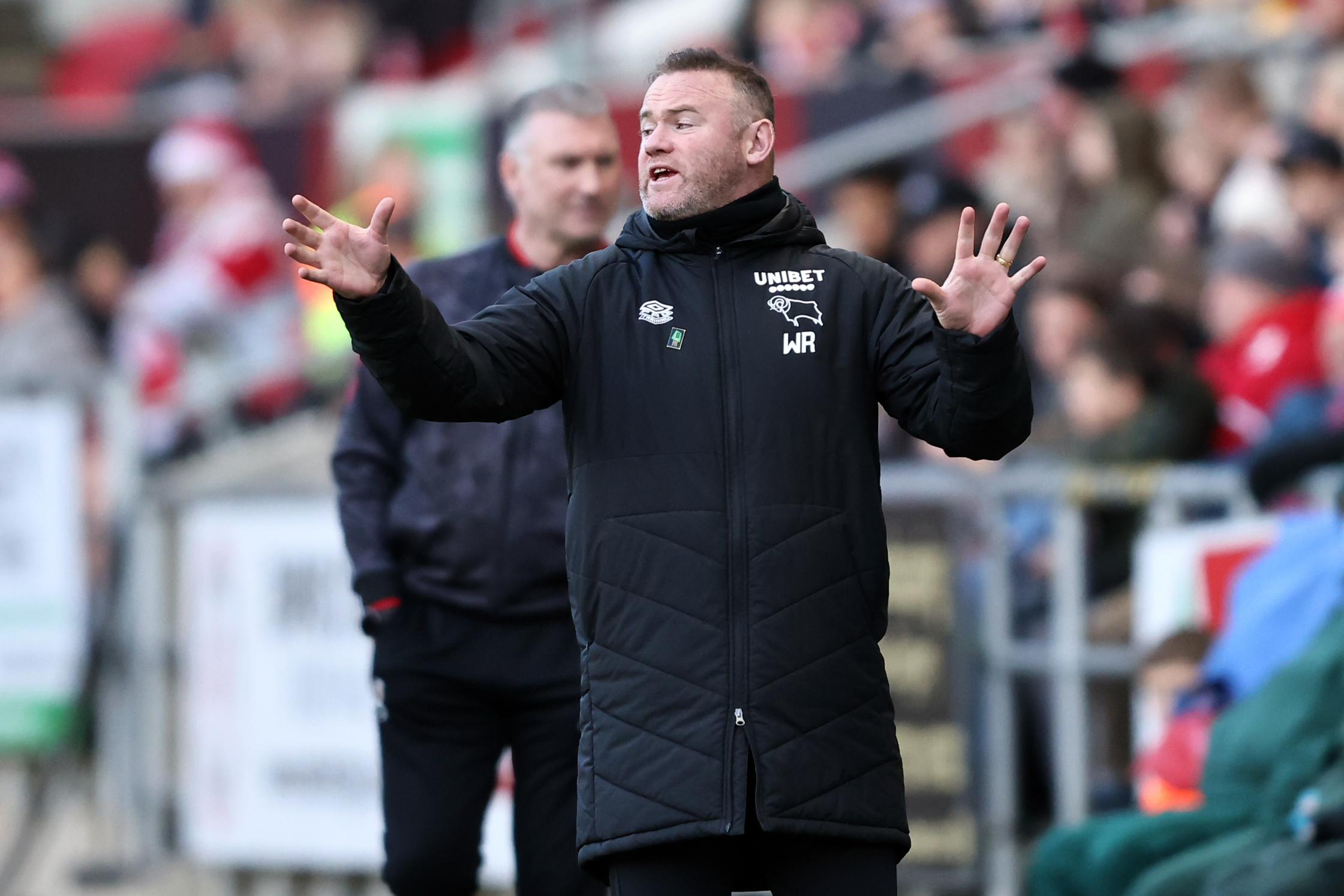 It's funny how clubs often end up taking more than one player from the same team, it's almost like you've sat down and ordered in a restaurant and then seen another dish you like the look of and decided you're going to get that one as well. Maybe that's a bit of an overly gluttonous analogy but it does bear comparison with Cardiff City who took right-back Perry Ng from Crewe last January and then returned to sign central midfielder Ryan Wintle on a free in the summer.

Full-back Ng was straight into the team on his arrival but the same sadly could not be said for Wintle. The midfielder arrived, played in a couple of EFL Cup games and no sooner had he got there was loaned out to Blackpool for the season. Manager Mick McCarthy claimed to have brought him for the current season but given the competition for places postponed the idea until next season due to competition for places. I suspect everyone reading McCarthy's comments will understand the irony behind them as good old Mick isn't the Cardiff manager anymore, throwing a spanner in the works for Wintle's planned development.

At Blackpool, Wintle is clearly more wanted than at Cardiff, he has started 17 games for the Tangerines this season and put in a strong performance as Pool finally ended their poor run with a comeback victory over Peterborough. There had been no wins in seven prior to the weekend for a Blackpool team who was getting quite used to the top half of the Championship table. Where Wintle ends up next season is not clear, he was McCarthy's signing but new boss Steve Morrison may want a closer look, either way the ex-Crewe man is gaining valuable Championship experience in a Blackpool side that may well be keen to keep him longer than this season's loan. 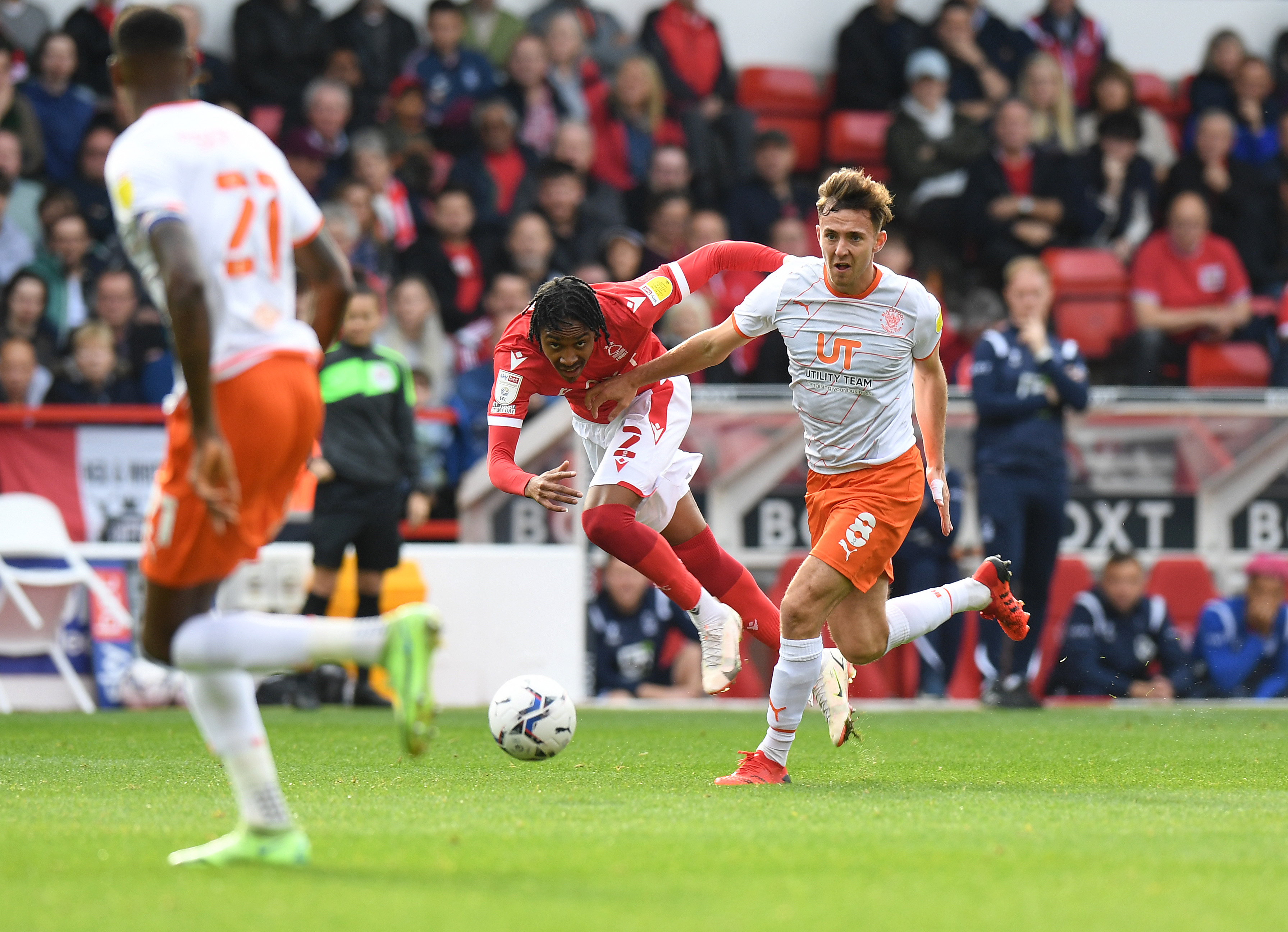