Nigel Pearson's managerial return with Bristol City and Anthony Gordon's impressive display for Preston End all made the headlines from this week's Championship review.

We all love a story involving a player coming up from a lower division and making good at a higher level, enter Luton's Elijah Adebayo. The 23 year old arrived at Luton in the recent transfer window, and has made a very positive first impression with the Hatters fans. Adebayo was schooled at Fulham, he was loaned to Slough, Bognor, Cheltenham, Swindon and Stevenage, before his release in 2019, when he was picked up by Walsall in League Two. It's safe to say Adebayo has paid his dues.

The six foot four inch front man was midway through a productive season with Walsall when Luton came calling, he joined up already with 10 goals to his name, and has quickly added another two. In midweek at home to Millwall, Adebayo made his first Luton start and gave the Hatters the lead. He was also on the scoresheet at the weekend hitting the winner in Luton's incredible comeback victory over Sheffield Wednesday.

Two goals from Josh Windass had Wednesday comfortably in front, and having got level within 15 minutes of the second half starting, it was of course Adebayo who arrived to complete the turnaround. In this secretive world of modern transfer dealings, we'll probably never find out the 'undisclosed' fee Luton paid Walsall for their new striker, early indications suggest it could be a bargain. 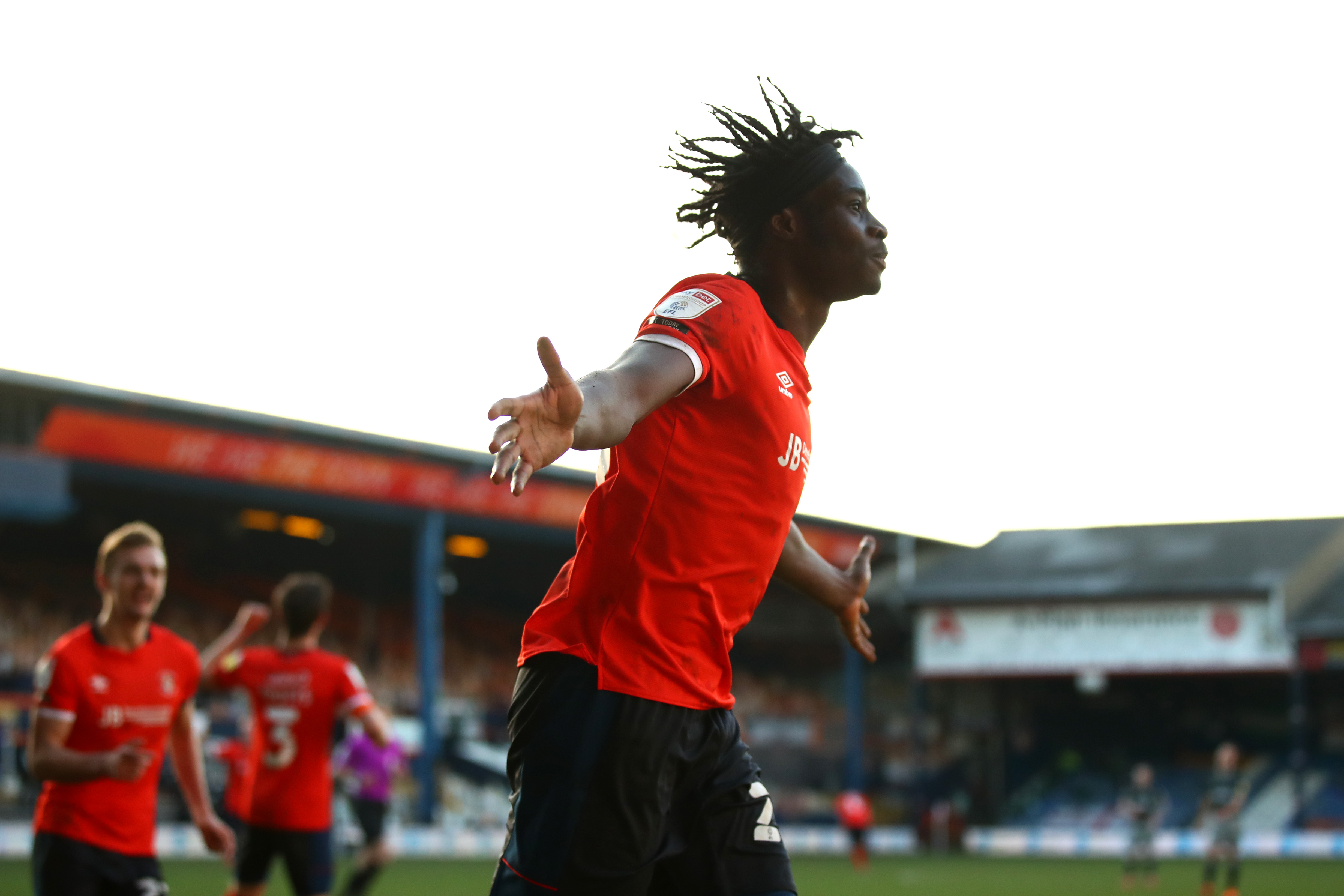 I'm very sceptical about the credibility of the 'new manager bounce' theory, but even one as contrary as myself about such matters needs to tip their cap to new Bristol City boss Nigel Pearson. The 'new manager bounce' is the idea that a team's results get an immediate short sharp shock when a new manager arrives, and often the same players produce wildly contrasting performances than those that have just got a manager the bullet. It's not so much the theory, but the wording that I don't buy into, as managers tend to get the sack after a period of poor performance, and I think what we see is often a regression to the mean. How much of that is down to the new manager remains up for debate.

What isn't up for debate however, is that Bristol City have had an excellent week under newly appointed boss Nigel Pearson. I realise this next sentence will sound like a Craig David lyric, but here goes. The story broke on Sunday, Pearson was announced on Monday, was present for the game at Boro on Tuesday, and took charge officially on Wednesday. I'm not sure even a storytelling great of the stature of Craig David, could do justice to the immediate back to back 1-3 away wins in the opening two games though.

First, Neil Warnock's Boro were defeated with Pearson, almost omnipresent in the TV coverage, sitting up in the stand with a watching brief. Saturday's win at Swansea was even more surprising, as Bristol City breached the Swans miserly defence on three occasions in a stunning victory. The underlying numbers do paint somewhat of a smash and grab at the Liberty, but it would be churlish to deny Bristol City a moment in the sun after the recent losing streak that ended Dean Holden's short reign. I'll watch with interest and see how Pearson does now he's had a little time with the squad, you never know, I might even start to believe in the 'new manager bounce'. 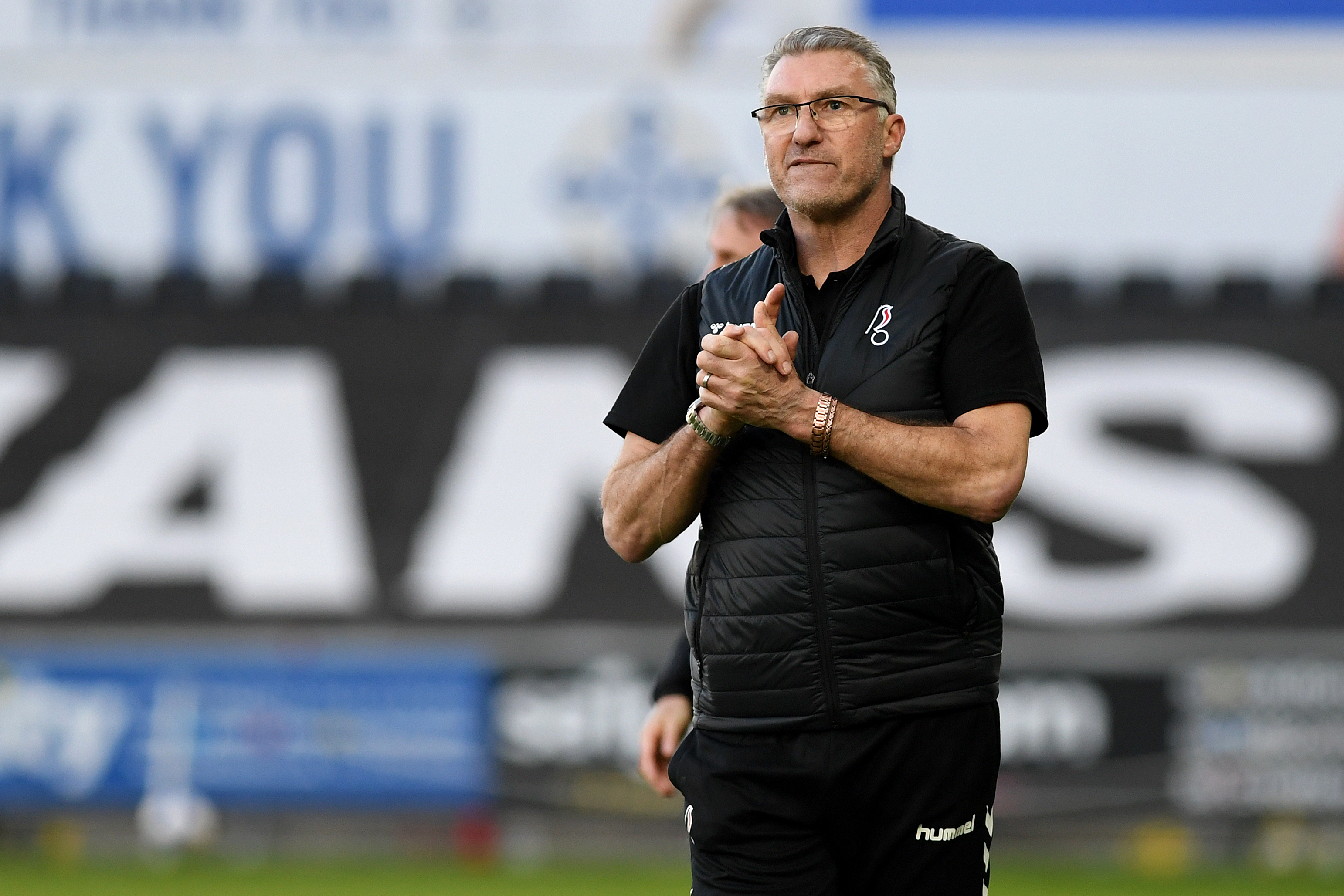 There seems to be a conveyor belt of loan players out of Everton and into Championship clubs. We currently have Branthwaite at Blackburn, Bolasie at Boro, Baningime at Derby, and perennial loanees like Pennington, Dowell and Garbutt, gracing various Championship teams in recent seasons. Sometimes the Everton players loaned out all merge into one, but Anthony Gordon would appear to be showing signs that he might stand out above the rest.

Gordon arrived at Preston during a busy January in which Alex Neil started to build a new look Deepdale side without the departed Pearson and Gallagher. Unlike some of his colleagues before him, this is Gordon's first loan out of Everton, and it comes after some solid experience for the first team. There is plenty of England age group representation, and even a start in the Merseyside derby on the CV already.

Gordon has now started the past three games for Preston, and gave his best performance to date in this weekend's 3-0 win over Huddersfield. With Preston looking to get back into the top half, and Alex Neil looking to retool, Gordon could become a key figure in the transition into next season.

The Preston loan route is a path previously trodden by such luminaries as David Beckham, and his tale tells us that the top players only tend to go out once, before returning home and forcing a first team place at their parent clubs. The rest of this loan spell will tell us whether Gordon will follow the Beckham path, or whether he'll be back in the Championship again next season. 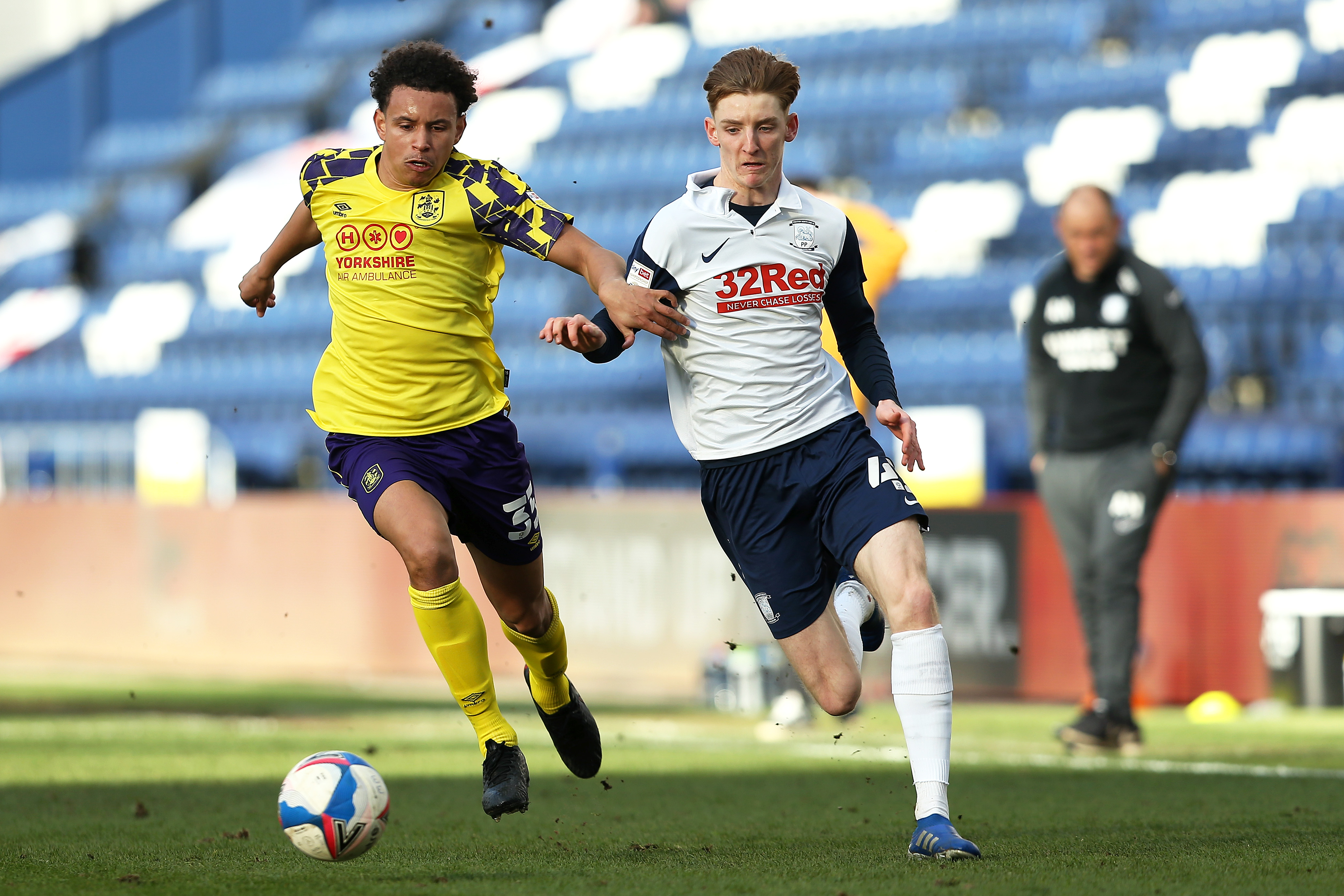 I'm sure many of you reading this followed the US general election back in November. I viewed it from afar, with a fairly basic level of political knowledge, but aware of the importance of the events. As the results came in, we kept hearing about 'swing states' and their importance to the final outcome. These were the states where the vote could reasonably go either way, and the projected winner swings between candidates during the course of the count.

As the events of round 33 in the Championship unfolded this weekend, I witnessed another two massive 'swing states'. Birmingham and Luton were the 'states' in question, as the league table swung by five goals and six points in the space of just 37 minutes. At Luton, two first half Josh Windass goals had Sheffield Wednesday two up, whilst at Birmingham, a Charlie Austin goal had QPR in front. With the two games like this, the table was set for both teams to be tied on 31 points, and with the Owls superior goal difference, Birmingham down in the bottom three.

And then came the swing, and a perfect storm if you're a Birmingham fan. Three goals for Luton, two goals for Blues, and the afternoon ended, not with Sheffield Wednesday outside of the bottom three, but six points adrift of safety with an uphill battle to survive. The Championship will do well to surpass the incredible final day swing that saw Swansea pass Forest into the playoffs last season, but if this is the warm up, then like with Trump v Biden, keep your eyes on the 'swing states'. 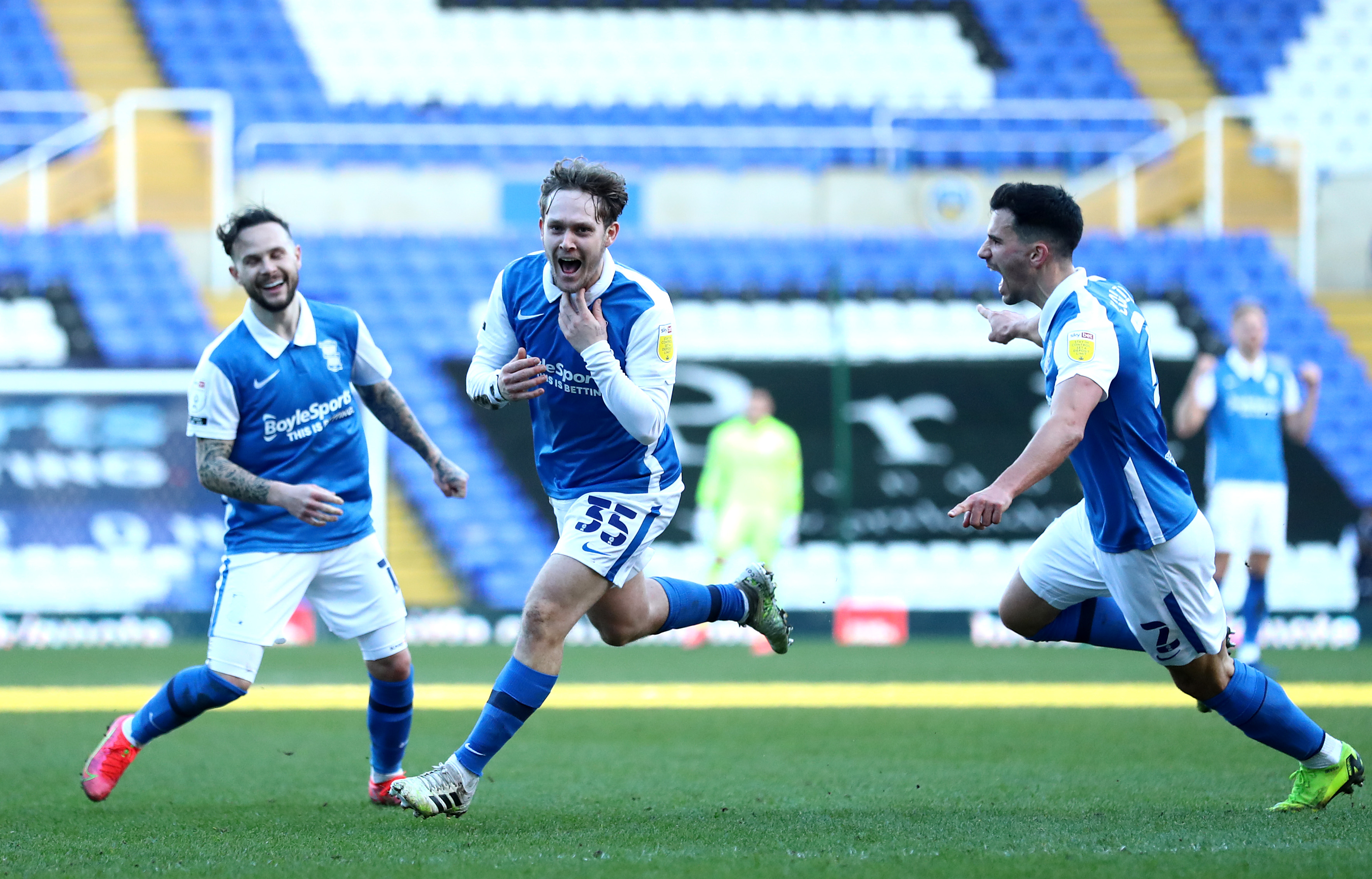 Jeff Lerma & The Rumble At The Vitality

I shouldn't make light of it, but football dust ups can be very amusing. What normally transpires is a group of highly competitive alpha male athletes getting up in each other's faces. They try their damndest to provoke a reaction, but are acutely aware they must not lay a finger on an opponent for fear of a violent conduct red card, and a three match ban.

The final stages of Bournemouth's 1-0 victory over Watford this weekend saw the type of scenes I've just described. We saw two red cards produced, as multiple players and staff all gathered to push, shove, but not strike, each other. The pantomime villain here was Bournemouth's Jefferson Lerma, the central midfielder was having a lovely time with the Watford players, and his reaction to a couple of tackles had wound up more than one Hornets player.

The 75th minute substitution of Chalobah, seemed to be specifically to keep him away from Lerma, but in stoppage time, the less experienced Joao Pedro finally took the bait. With the clock running down, the Brazilian went through Lerma for a second yellow card, and Lerma's shove on Tom Cleverly sparked absolute chaos. With Lerma ushered out the way, the pushing and shoving continued, and Jack Wilshere also received a second yellow, meaning both teams finished with 10 men.

They say it's the fine margins that win at elite level, and whilst his actions wound up many players and fans, Lerma seemed to know what he was doing. The most maddening thing for Watford fans, is fair or foul, that it probably worked in terms of unsettling the Watford players. What will be interesting now is a potential Watford and Bournemouth playoff semi final, where I'd suggest Mr Lerma might be right in the thick of it once again. 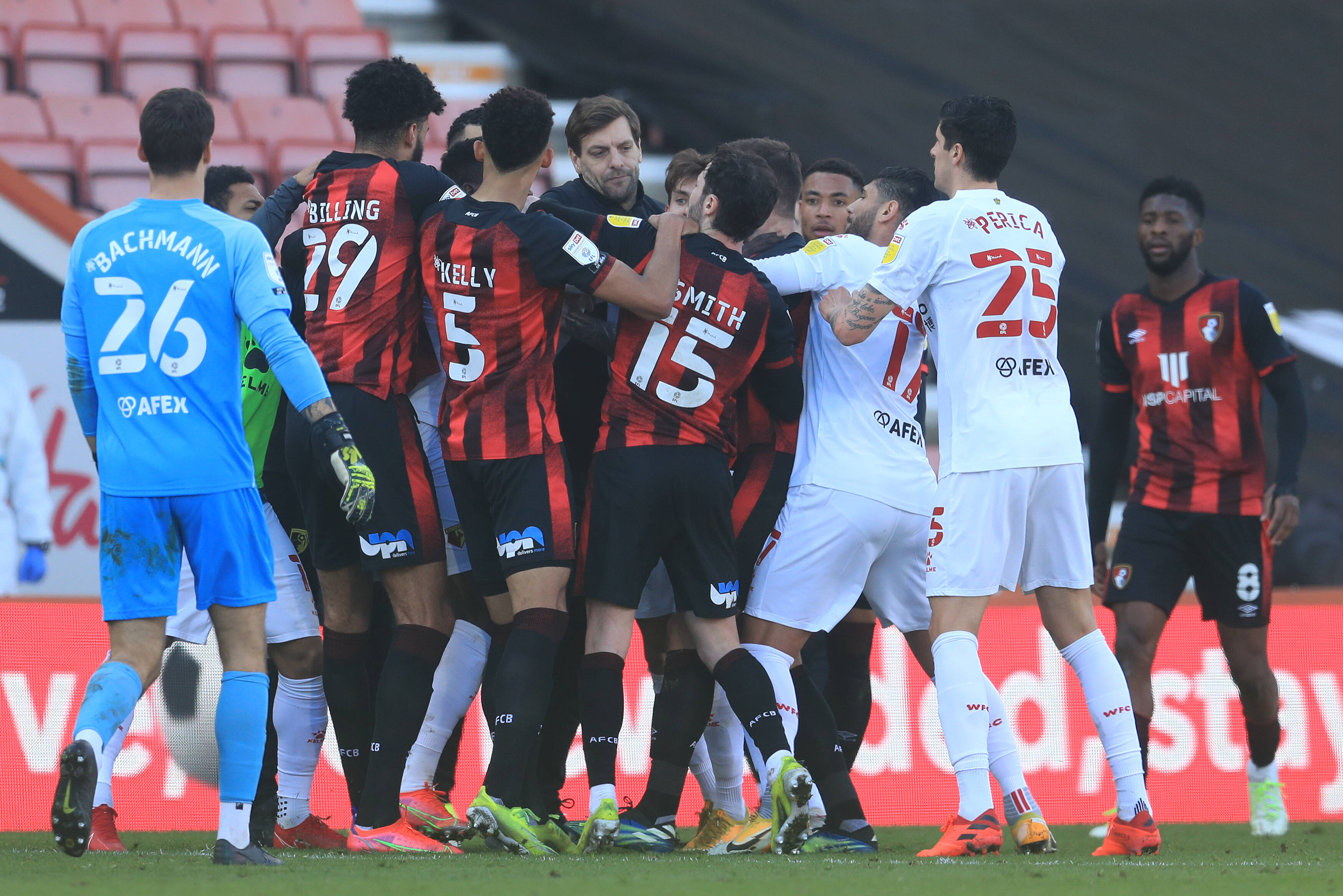