Swansea City claimed a memorable derby win over Cardiff which puts Mick McCarthy under more pressure, while Bournemouth remain undefeated and David McGoldrick fires for Sheffield United in the latest round from the Championship...

There's nothing like a local derby win, especially when it's the comfortable variety that Swansea fans experienced over Cardiff City on Sunday. Other than the intrigue of being a local derby, the game promised a fascinating clash of approaches, as well as the possibility of another brick being pulled from the jenga tower that is manager Mick McCarthy's current job security.

The anticipated fascinating clash of styles was largely an irrelevance after Jamie Paterson drilled the opener in off the post on 29 minutes, with McCarthy himself admitting post match that at one nil down his team were easily opened up by Swansea. A second goal came on the hour mark with the excellent Paterson drifting a ball in for Joel Piroe to score his sixth goal in only eight Championship starts this season. Salt was duly rubbed into McCarthy and Swansea's wounds as Paterson again invitingly stood up a ball for the aerially excellent Jake Bidwell to head on from super close range.

Although the Cardiff story and a manager of McCarthy's stature being on the ropes is highly relevant, this could turn out to be a signature win for Swansea and Russ Martin. The Swans boss and his staff celebrated the second and third goals with huge relief and are now on a run of just one defeat in the past seven Championship games. That one Swans defeat came on the road at Championship top scorers Fulham, and as fate would have it Cardiff head to Craven Cottage on Wednesday. For all McCarthy's experience and knowledge he will know better than anyone that the current run of seven defeats in eight games can't go on much longer before the Bluebirds board have seen enough. 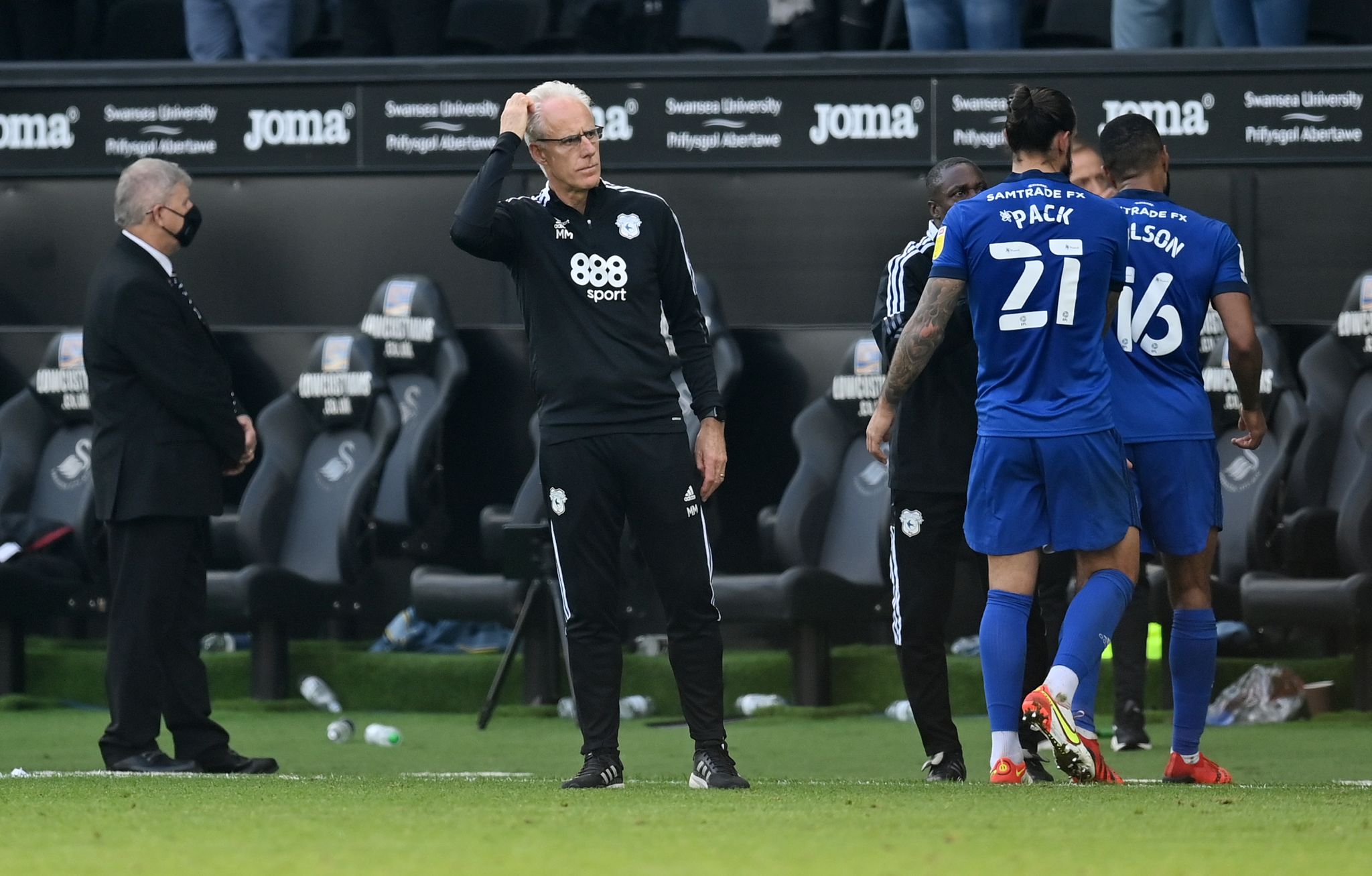 As a long suffering Ipswich Town fan the achievements of David McGoldrick at Sheffield United haven't really come as too much of a surprise. At Ipswich, McGoldrick always caught the eye as a silky and skillful second striker with two weaknesses that stopped him playing at the very top level. Firstly, it was always thought that a lack of pace held McGoldrick back, and secondly, Ipswich just couldn't get him on the pitch often enough due to injury. Obviously the main reason I'm not surprised at his subsequent rise is a bit of a cynical football supporters view. After all, only my club could let a player run down a contract and leave on the basis they couldn't stay fit before going on to win 'player of the year' and get promoted with his new club.

Anyway, that's all ancient history, and this is not about Ipswich. McGoldrick hasn't worked his way into Slavisa Jokanovic's first XI just yet, with the new Blades boss banking on old favourite Billy Sharp up top, with the support of the industrious Ben Osborn, youngster Ilman Ndiaye, and loanee Morgan Gibbs-White. Jokanovic did however turn to McGoldrick this weekend, bringing the Republic of Ireland international on with 77 minutes played and his side trailing 0-1 at home to Stoke City. It was a brilliant cameo by McGoldrick, firstly his clever flick to Sharp was returned back with McGoldrick able to slip in Lys Mousset for the equaliser. Then McGoldrick himself got the winner, finishing off Enda Stevens' low cross. Both goals were the result of McGoldrick's superb football brain, for the first goal he suckered in the challenge and exploited the space it left, for the second his run was delayed beautifully to arrive on to the play whilst others were attracted towards goal. Maybe he never needed pace in the first place! 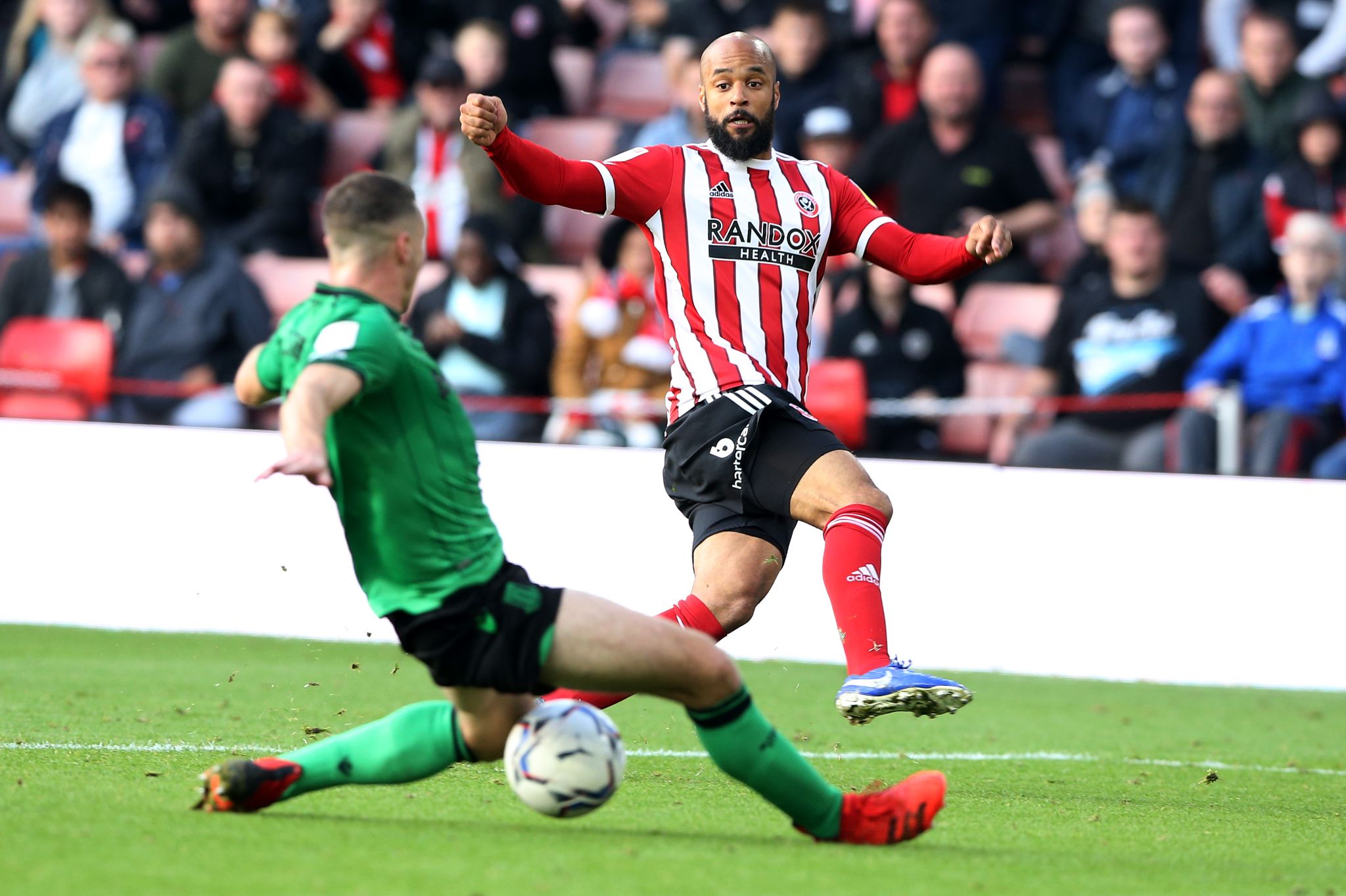 We have a burgeoning undefeated streak in the Championship, Bournemouth now top the table without losing a game with the season now over a quarter of the way through. It's been a brilliant start for Scott Parker, with the Cherries five points clear of third placed spot and only having conceded eight goals in the opening 12 games.

Those people who like to find flaws with these types of things will conclude that Bournemouth have had nice fixtures so far. One can present a reasonable argument for this being the case as Bournemouth have played seven of the current bottom 10 in the division and only one of the current top seven. Parker's men have also played all three promoted sides, although Cherries fans would likely retort that despite being favourites, all of those games have ended in draws and they could have even more points. Swings and roundabouts I know, but in this case I really think 'the league table doesn't lie' is an acceptable footballing cliche.

Anyone looking for a test of Bournemouth's tremendous start will get it on Tuesday as they head off to Stoke City. Even though Stoke lost at the weekend, a trip to the Bet 365 is most certainly not an easy one with the Potters defending an undefeated streak of their own at home and boasting the second best home record in the league. The game at Stoke represents a great barometer of Bournemouth's viability as title contenders and if it's not an unlucky game thirteen for the Cherries then we could be heading towards November with the undefeated streak still intact. 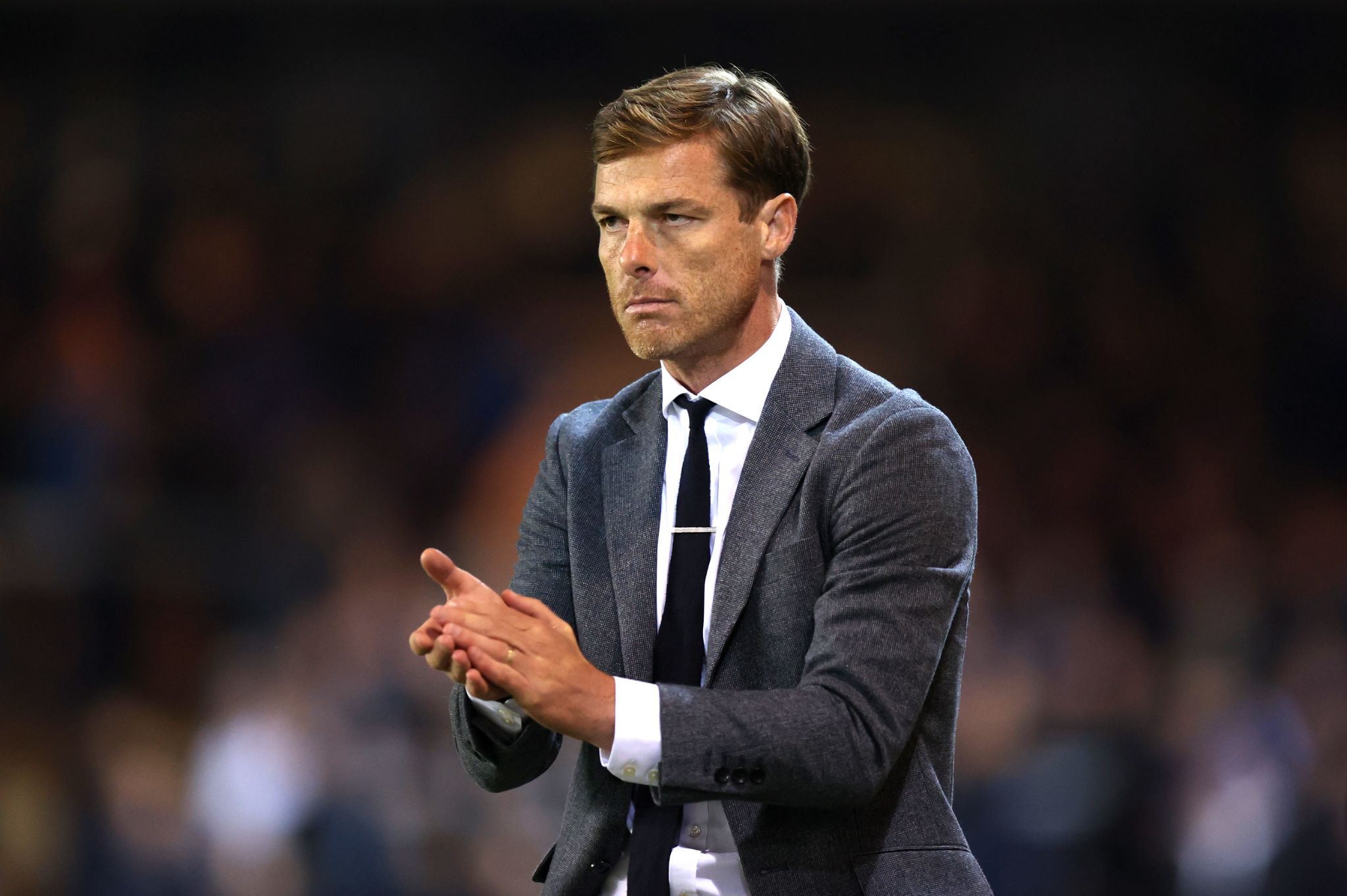 Many fans find the international break very long and dull and will do anything to get their football fix, the problem people say is there are too many 'meaningless fixtures', to a certain extent I do agree. Strangely a goal from Malta v Slovenia, one of these so called 'meaningless fixtures', was doing the rounds on football twitter and found its way onto my timeline. The ball was drilled forward from halfway, flicked on, and lethally chested and volleyed into the back of the Malta net. It was a truly delicious goal, the ball didn't touch the ground or move any way other than towards the goal. The Slovenian striker doing his best Marco Van Basten impression was Andraz Sporar.

Sporar was signed for €6m by Sporting Club De Portugal back in 2020 and €3.8m by Basel in 2016, he has European and International experience and clearly knows where the goal is. In the Slovakian Superliga, Sporar was somewhat of a goal machine, scoring an absurd 41 goals in 39 starts, however things proved trickier in Portugal and now he finds himself out on loan at Middlesbrough. The Slovenian made a good start at Boro and scored on his first start away at Forest, no more goals have come since with the caveat that Boro haven't been in good form in recent games. Boro fans with long memories will tell the cautionary tale of Alfonso Alves, a goal machine in Sweden and Holland but unable to repeat the trick in England. The circumstances are different but the hope will be the same, that an exotic footballer can find a home and success on Teesside. 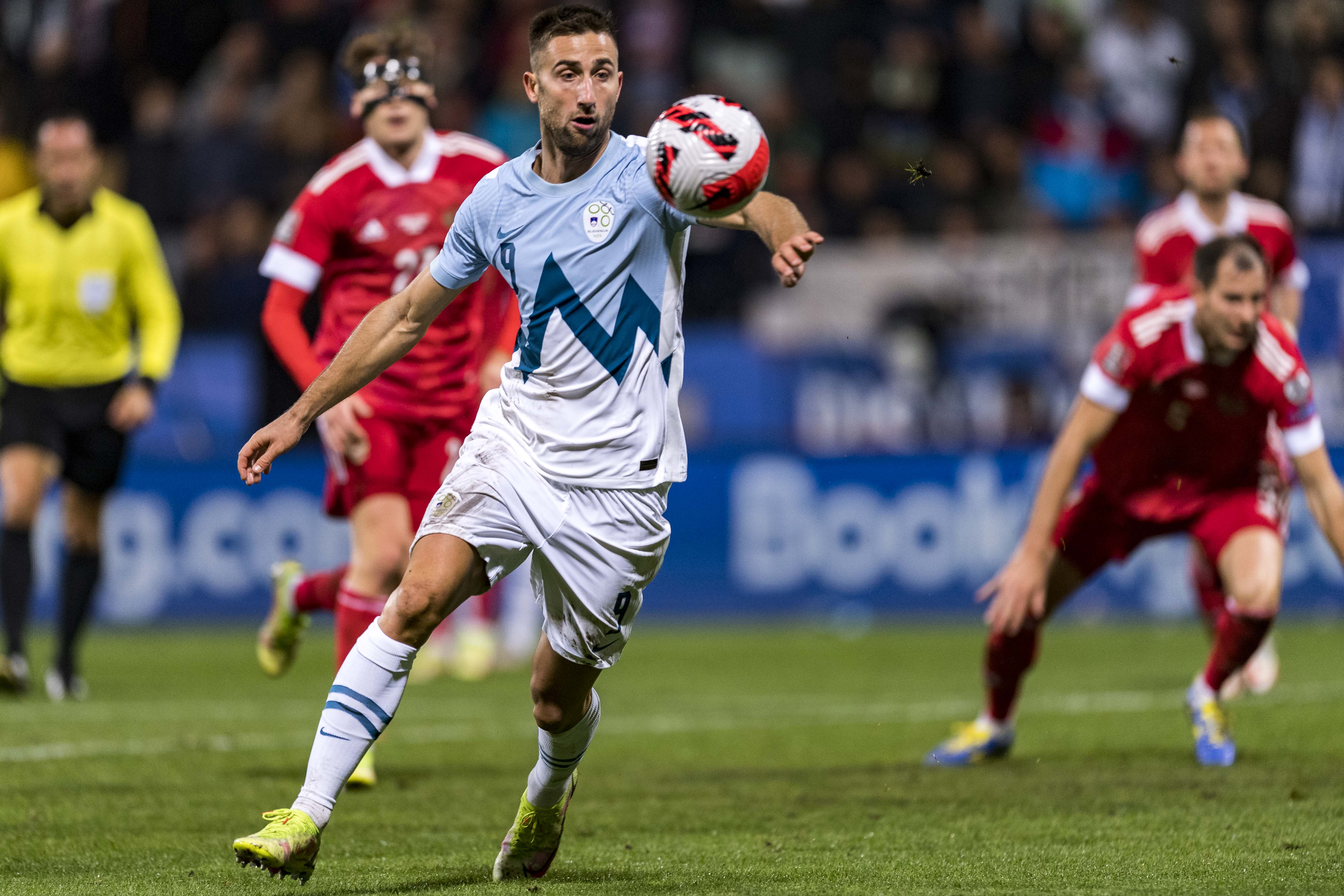