Bournemouth shook off doubts to thump Huddersfield, QPR were rocked by Peterborough and Elijah Adebayo produced a classic centre-forward performance for Luton - all in the latest round of the Championship.

The midweek round of fixtures in the Championship meant this big top of the table clash didn't really get much of a build up. Make no mistake this was a key game pitting second against third and the outcome could be hugely decisive for Bournemouth in the automatic promotion race.

The cards were in Bournemouth's favour going into this one in that Huddersfield had everything to gain and the Cherries everything to lose. Even with a Huddersfield win, we still would've been looking at Bournemouth's games in hand post international break solidifying them as favourites for second place. It felt like damage could've been done psychologically to Bournemouth, but this particular outcome means quite the opposite with their confidence surely hugely boosted by the performance.

It took Bournemouth just over half an hour to get themselves ahead and clear in this one. Dominic Solanke's excellent run and cross was finished off by Jaidon Anthony before Jeff Lerma capitalised on a fatal lapse in the Huddersfield back line to make it two. Solanke killed the game off as a contest with a beautiful back-heeled third just after half time and moved his impressive total up to 23 goals for the season.

Bournemouth do have plenty of tricky fixtures remaining this season but just four wins in their final ten games would take them to 81 points and leaves plenty of margin for error. Oddly we have to look all the way down to ninth where Nottingham Forest have the best upside of any of the chasers but they would need eight wins from their last ten to get close. In short, Bournemouth put themselves massively in the box seat with this win. 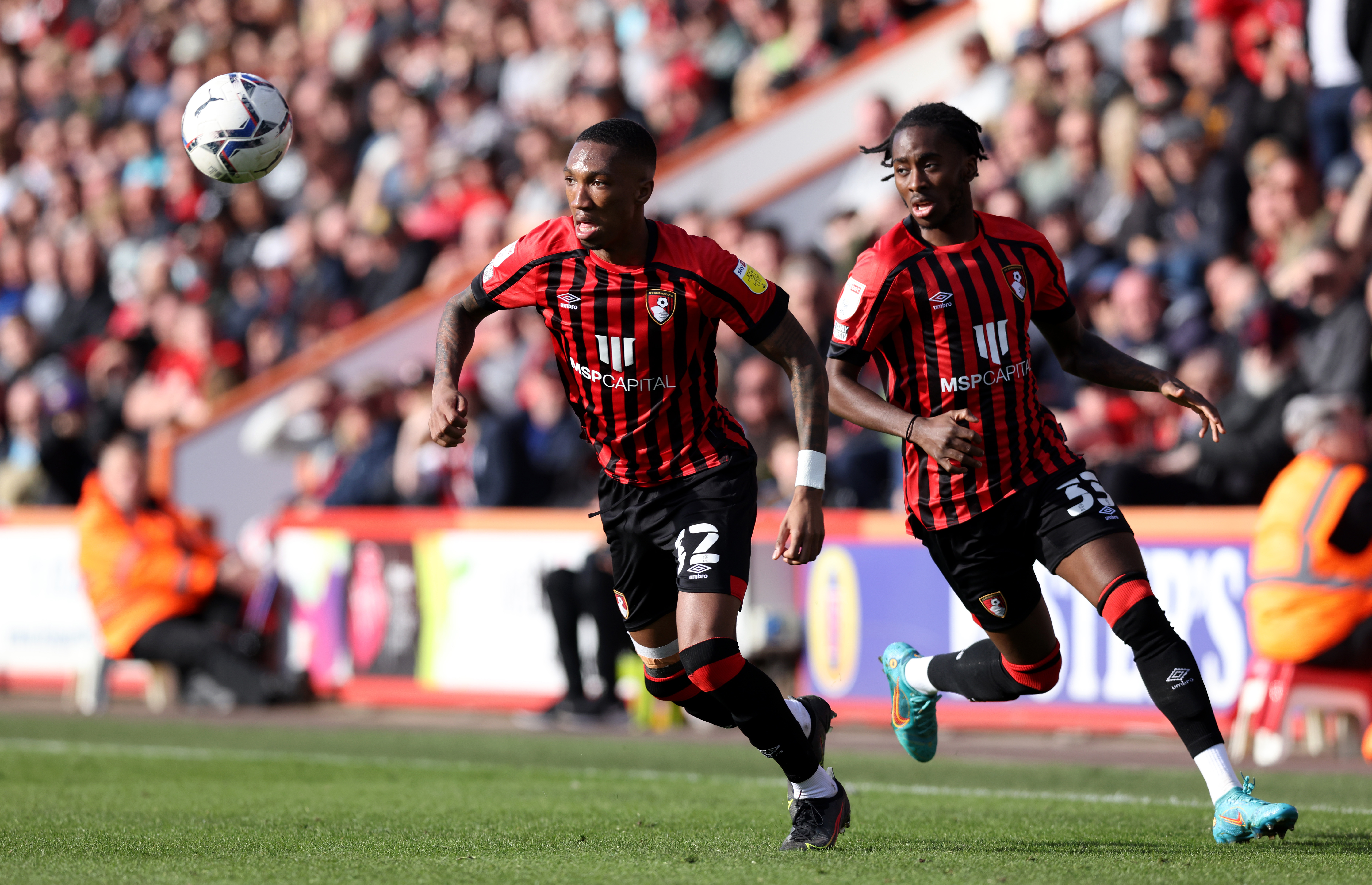 Luton's brilliant season rolls on and Huddersfield's defeat to Bournemouth puts the Hatters a magnificent third place with eight to play. The win at Hull was a comprehensive one and Luton were home and clear when James Bree's brilliant free kick put them 3-0 up with less than twenty minutes to play.

The comfortable position Luton found themselves in prior to Bree's third can be credited to a big performance from their big striker Elijah Adebayo. The Hull defence couldn't cope with Adebayo who strode in from the left to open the scoring and claim his 14th goal of the season in the process. Adebayo's pressing and tenacity forced the error at the back for number two and allowed Harry Cornick to slot into an empty net. It was a pretty complete performance from Adebayo who also led the Luton team for aerials won, key passes and nobody had more shots.

Adebayo's story mirrors Luton's somewhat in terms of taking backwards steps to ultimately run forward. The former Fulham youngster took himself down to Walsall to kickstart his career and since Luton came calling he's looked a perfect fit at Kenilworth Road. The biggest compliment we can pay Luton and Adebayo is that none of this surprises anyone, the play-off dream looks more and more a reality each and every week and after that, who knows? 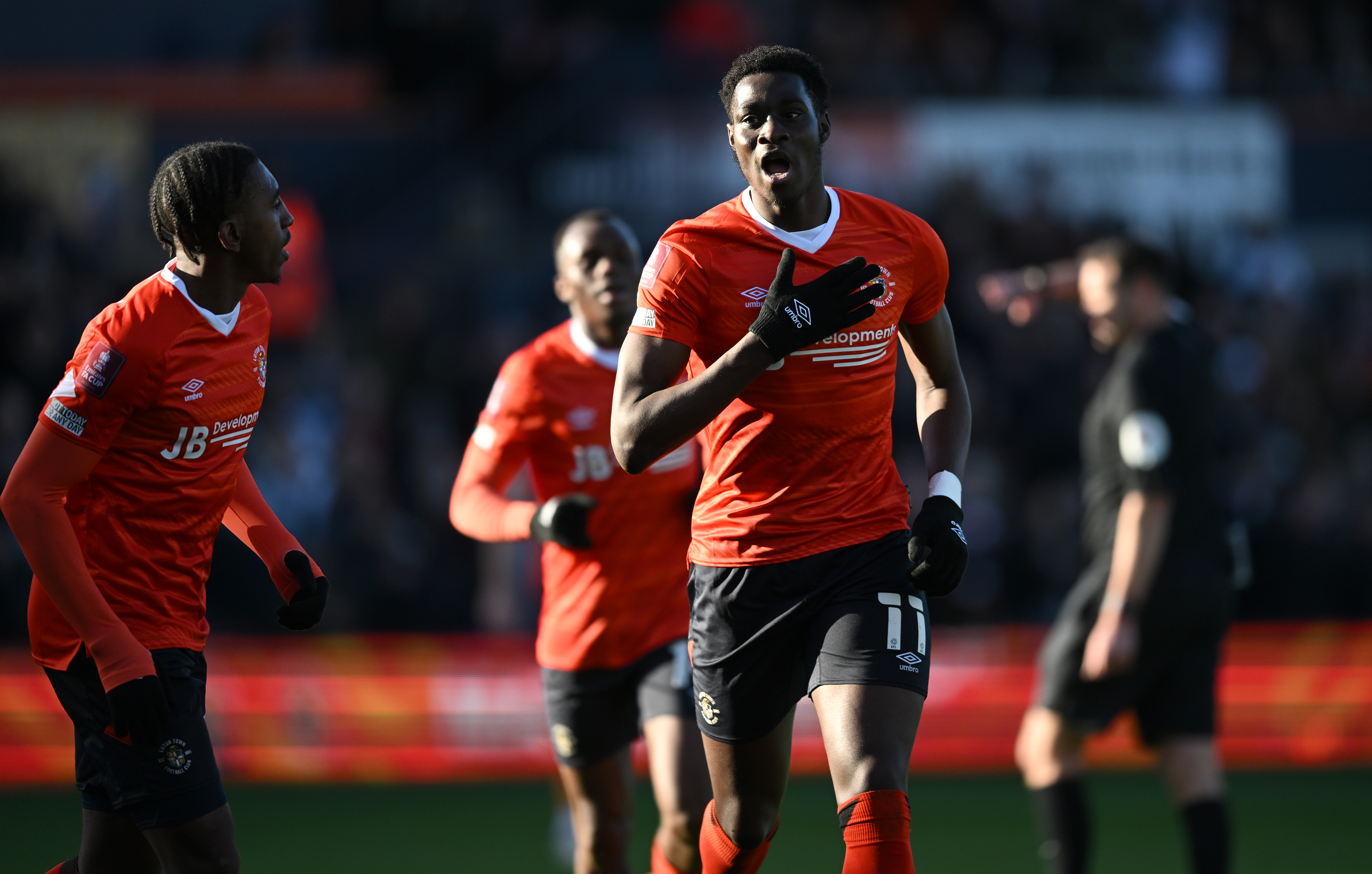 Before we get into the QPR talking point, for those easily offended by somebody focusing on the losing side in a football match let me say the following... Well played Peterborough. Posh are the other part of this particular story and their second half performance swept away QPR to secure a rare and surprising away win.

Right then, let's get to that QPR post mortem. At home to the bottom side looked like the perfect fixture to go into the international break on the back of, had Rangers won this game we could've spun the narrative positively. It would've been a third win in six games with defeats coming against some in form teams and a two week break to get things moving in the right direction once again.

Unfortunately that didn't happen and furthermore, losing at home to bottom side Peterborough almost rubber stamps the current QPR crisis. In their last 11 games in all competitions, Mark Warburton's team have lost seven and won only two. They've gone from a viable automatic promotion chase to dropping down to eighth and outside the play-off spots.

Worse still is that whilst QPR are trending down, you can make very reasonable claims that many of their nearby opponents are heading upwards. Middlesbrough and Forest have both been excellent since making their managerial changes and Millwall have just lost to end their best run of the season. The next two weeks will be a vital one for QPR as they look to turn around their form and head back to the top six where they've been most of the season. 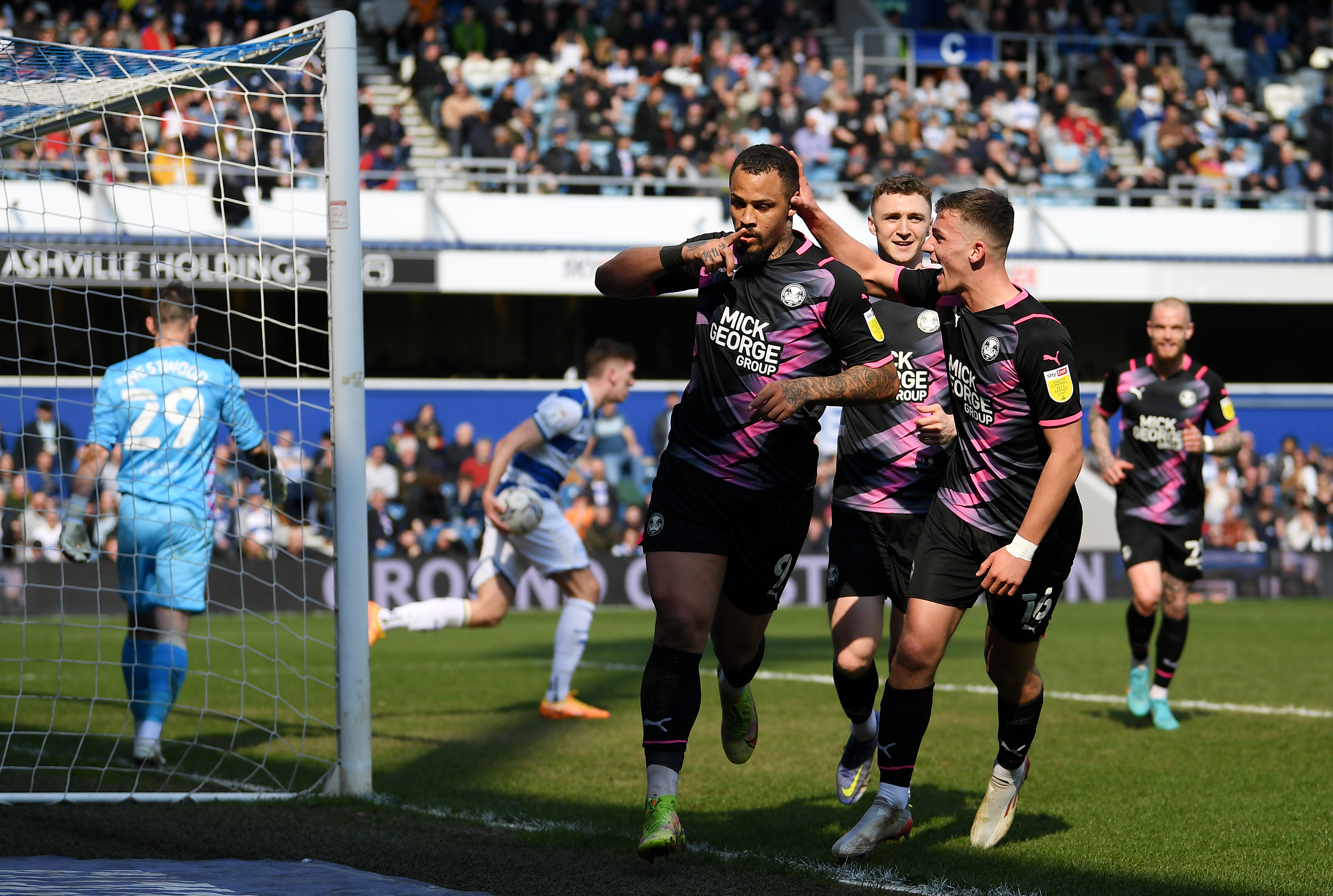 I went into this weekend very concerned about Michael O'Neill's standing as Stoke City manager. The Potters have seemingly gone once again into their end of season spiral down the table and recorded just two wins in 14 games in all competitions. The latest round brought a much needed win for Stoke and O'Neill as they defeated Millwall 2-0 to perhaps keep the wolf that is Stoke's ownership away from the manager's door.

A clean sheet is always a fine foundation to build on and despite surviving a penalty Stoke's defenders claimed themselves a shutout. On centre-half duties for the Potters was loanee Liam Moore, who came in from Reading during the January window in particularly awkward circumstances. Moore was stripped of the Reading captaincy and publicly called out for 'stating his desire to leave' in a seemingly unnecessarily public statement. The now former Royals captain expressed his surprise and disappointment via his Instagram feed as the airing of dirty linen in public continued.

Moore was ushered out the door with Stoke stepping in to loan the player and presumably cover some of his reportedly extravagant wage package. The centre back spot has been a problem for Stoke with Michael O'Neill reacting to Harry Souttar's long term injury by bringing in Moore as well as experienced free transfer Phil Jagielka from Derby. The Millwall game signalled a first win for the Reading loanee and the sense that both Moore and his manager are playing for their futures is pretty palpable. 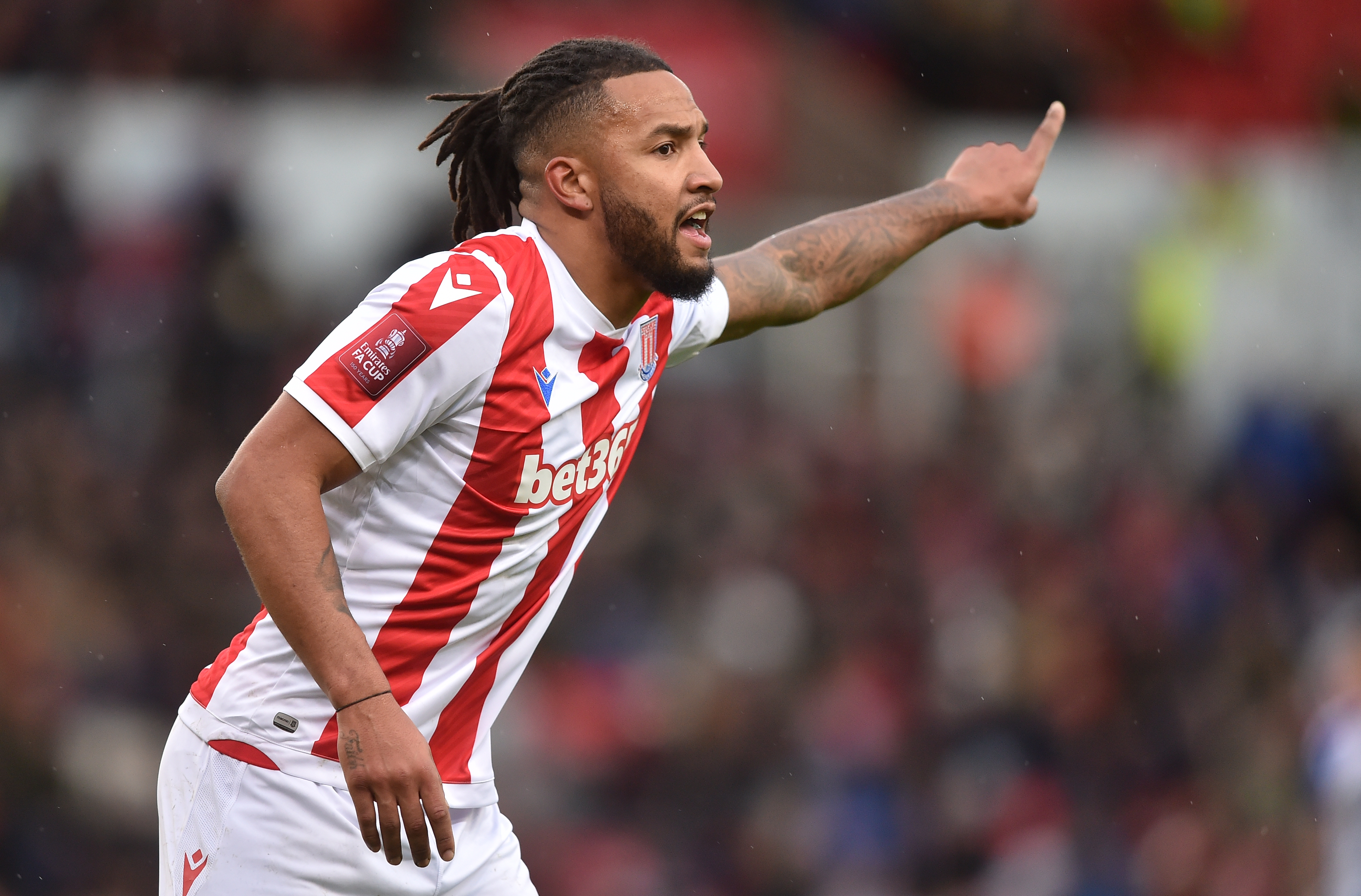