Blackpool and Preston renewed their local rivalry after over a decade absence, Dominic Solanke continued to score and star for Bournemouth, while Mick McCarthy is now available for the Tykes after the latest round of the Championship...

The West Lancashire derby between Blackpool and Preston made its return at Championship level this weekend for the first time since 2010. These two historic clubs have both had their moments lower down the pyramid over the past decade, but met as equals in the second tier this weekend with Blackpool taking the honours.

The Tangerines came into the game off the back of a confidence multiplying comeback victory at Reading, with North End also recording a victory over high flying Coventry this past midweek. Set aside the good results immediately before, and the game went with Blackpool's strong recent form, with the Seasiders now finding themselves in the top half of the table in their first season back and on a current run of five wins in seven.

Keshi Anderson gave the home side a first half lead after his shot trickled into the corner, with Jerry Yates setting up strike partner Gary Madine for the big former Cardiff striker to seal the points. In typical local derby fashion a stoppage time dust up saw Preston captain Alan Browne receive a second yellow card after getting a little bit too wound up in a big crowd of players pushing and shoving one another. The West Lancashire derby is back, and on the basis of the first quarter of this season, so are Blackpool. 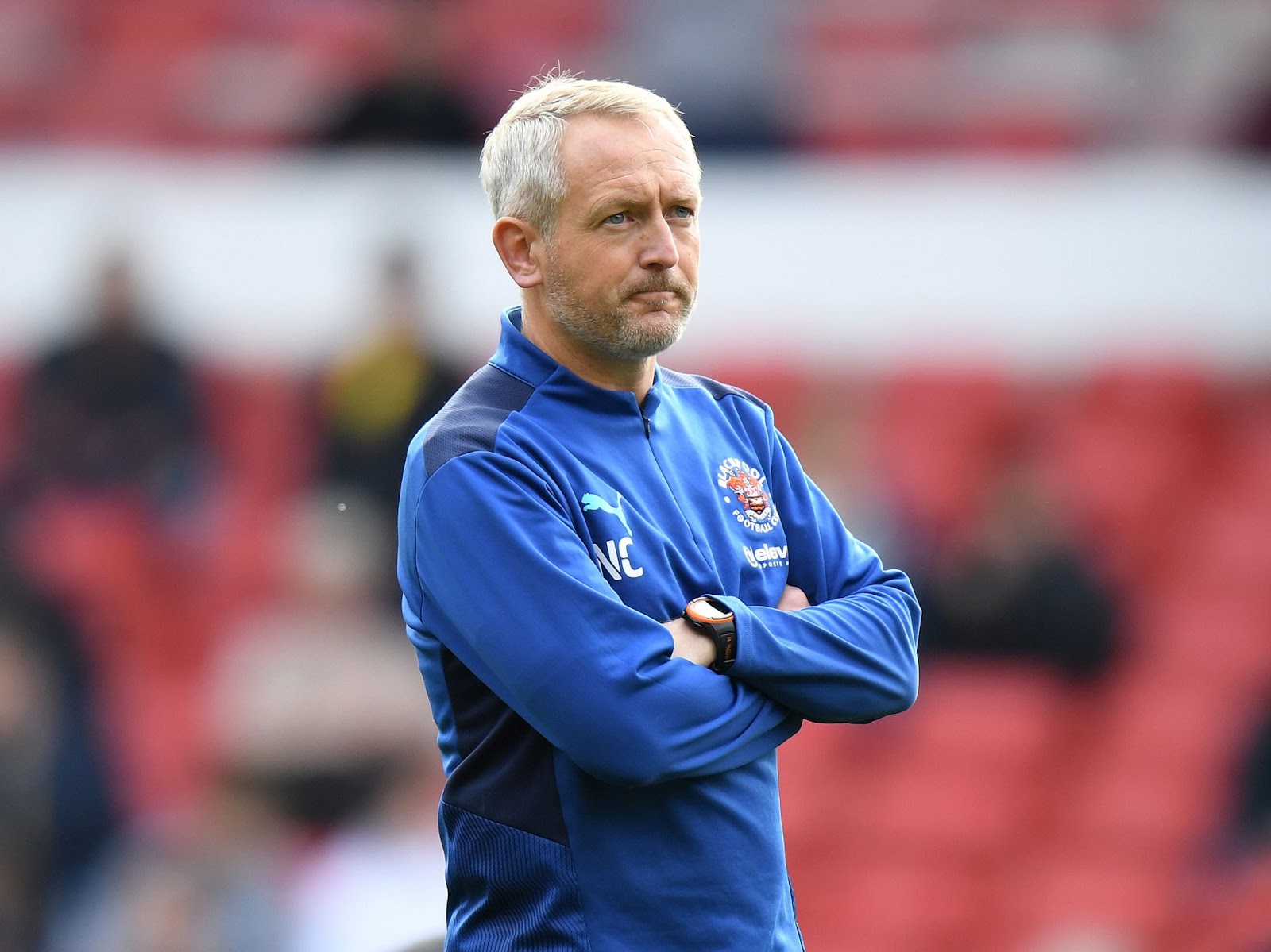 The Nobel prize winning French author Andre Gide once said 'It's better to be hated for what you are than loved for what you're not', and this has become a common retort for me over my seasons covering the Championship. Unfortunately, given its proximity to the Premier League, Championship fans tend to obsess with a player's status in relation to the big league one above, and struggle to cope with the idea that someone may be good in the second tier and not at the top level.

The obvious example at the moment is Aleksandar Mitrovic, where with every Championship goal scored, certain observers get more and more triggered that goals are going into Championship and not Premier League nets. I heard the same yesterday about Bournemouth striker Dominic Solanke, who after hitting 15 Championship goals last season is already into double figures this season. Unfortunately for Solanke, some people struggle to get past the big fee Bournemouth paid to Liverpool and the subsequent lack of Premier League goals he registered with the Cherries.

Solanke's double against Huddersfield this weekend tucks him behind Mitrovic in the Golden Boot race, with both players set for big totals if they can stay fit, and their teams stay in form. Far be it for me to indulge in any philosophical output during a football column, but everyone in life finds their place in the world and should be celebrated for who they are rather than what they're not. 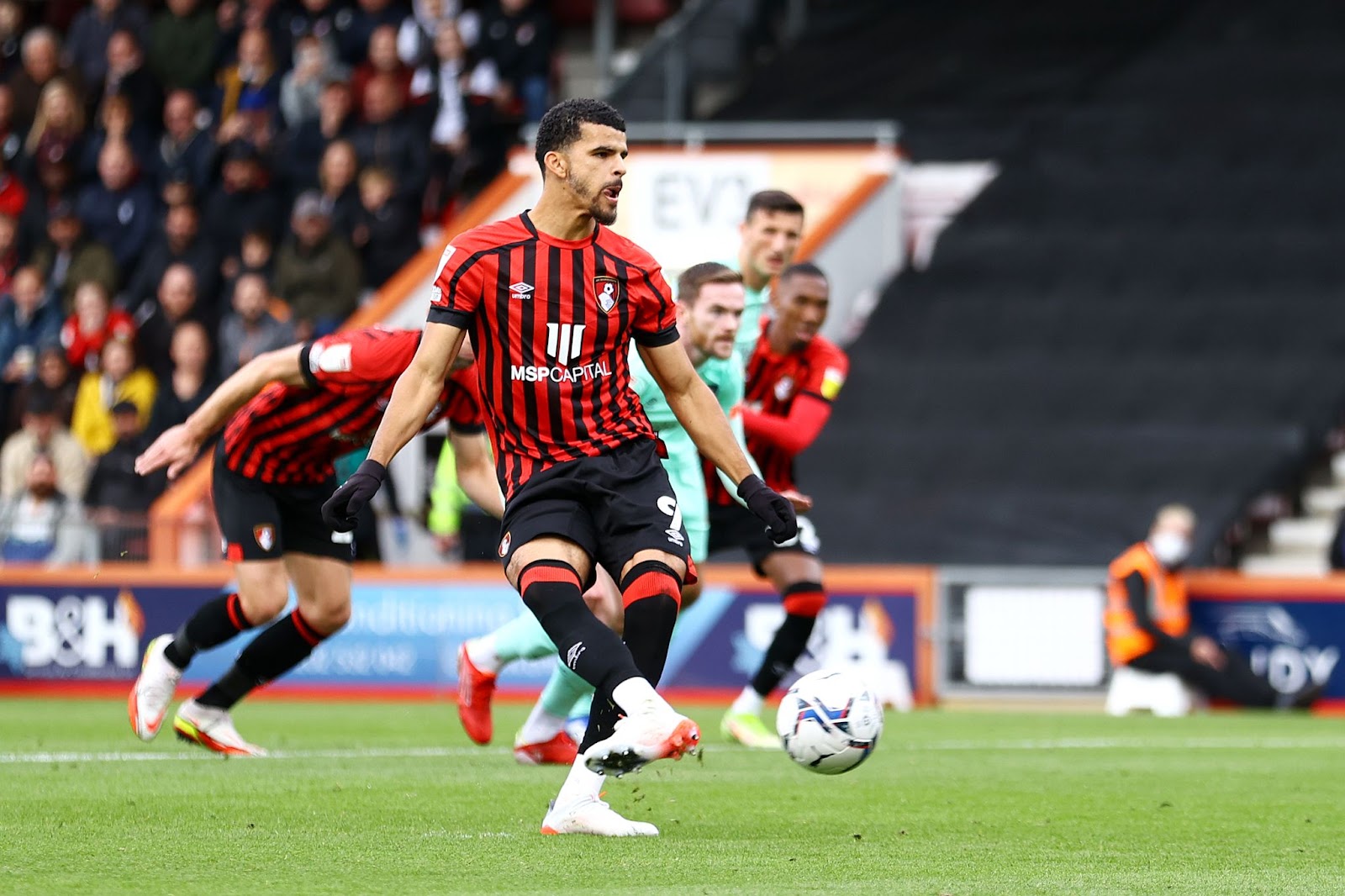 The Championship sack race continued this week with the somewhat predictable departure of Mick McCarthy from Cardiff City. Maybe I shouldn't say 'sack race' on the basis that the Cardiff website announced McCarthy's departure as 'by mutual agreement' and from what I've heard about the nature of his contract and potential pay off, that may be an important distinction rather than plain pedantry.

Cardiff were defeated 0-2 at home by their former boss, and Mick's old mate, Neil Warnock, as goals from Andraz Sporar and Martin Payero served the former Republic of Ireland boss his notice. In situations like this where a team has had an outright collapse it's hard to say exactly what went wrong, the easy 'he's lost the dressing room' conclusion is quickly thrown out there, often by people who never set foot in said dressing room. I never like seeing managers lose their job, and often try to see the positive in them staying, but it's been getting harder and harder to appease Cardiff fans lately. The current run of nine defeats in ten and a spot just outside the relegation zone has frankly made things become a little indefensible.

McCarthy is 62 years-old, and despite not leaving on the best of terms with portions of fans after his departure from Millwall, Wolves, Ipswich and now Cardiff, he is hugely respected in the game, and his stature and charisma will no doubt be going over well in job interviews very soon. In fact, as the sack race rolls on, with Markus Schopp under huge pressure at Barnsley, a lot of people are already putting two and two together on the Barnsley boy finally finding his way back home. 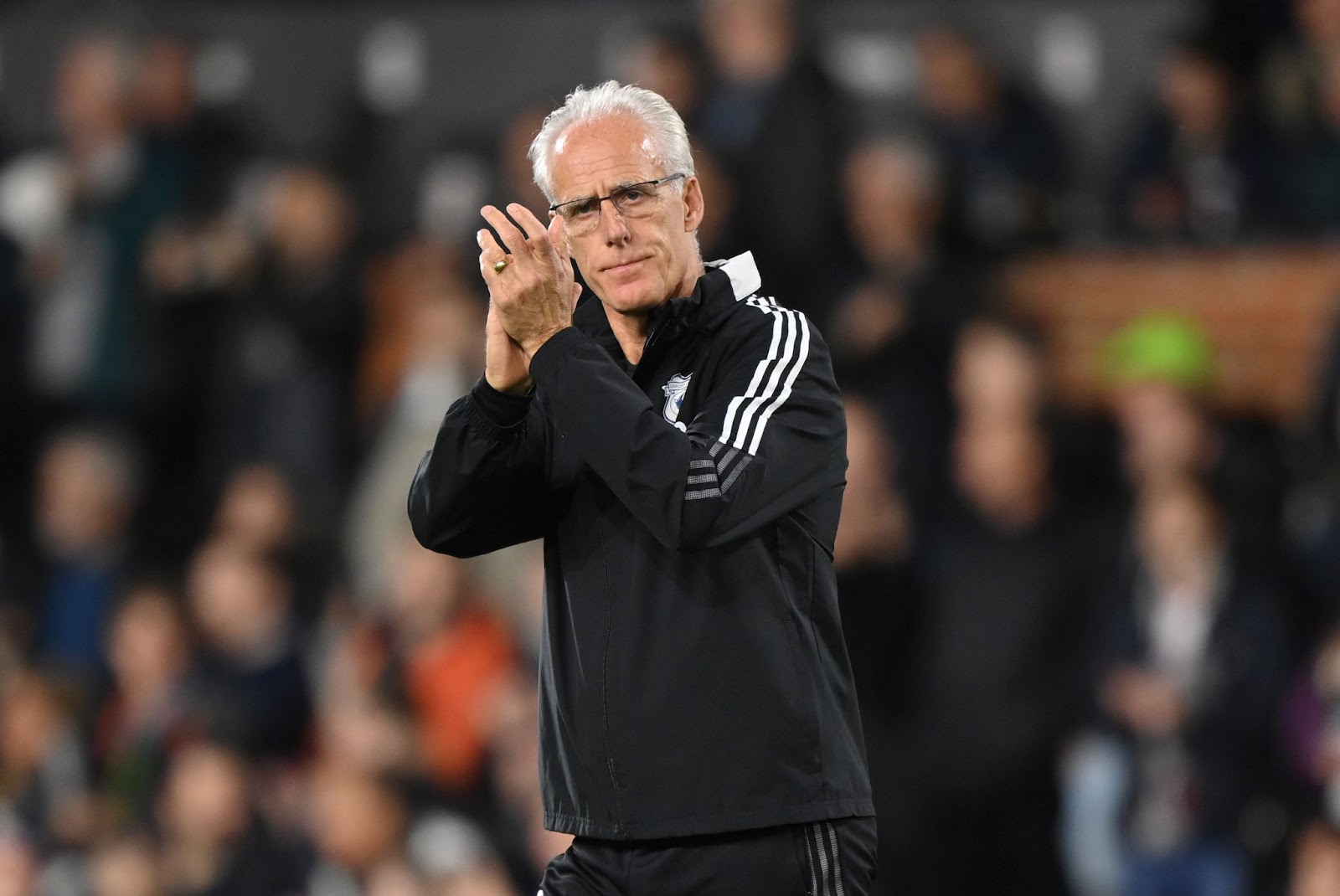 We've spoken numerous times in the loanee of the week segment in this column about players who become perpetual loanees. The problem usually arises when there is a disparity between the level of the player and his parent club, and more so when that parent club has invested in developing the player and still expects a big fee to move the player on. Winger Sheyi Ojo fits this bracket perfectly, and depending on your outlook, has either a huge opportunity or a scary reality check as he reaches the final two years of a bumper five year deal at Premier League giants Liverpool.

Liverpool have been a very interesting case study with these types of players, and given their success under Jurgen Klopp, youth players have struggled to make it through past the elite players in the first XI. Despite relatively little impact for their parent club, Liverpool have generally got very decent fees for the youngsters they have sold on, with the likes of Harry Wilson, Rhian Brewster, Jordon Ibe and Dominic Solanke were all sold for huge sums on cash.

Sheyi Ojo hasn't quite managed to attract the type of interest and bids that others have, and hasn't really ever justified his huge hype as a youngster at any of the many loans he's been on over the past six seasons. It looks like the ship has sailed for Ojo at Anfield, and with the likes of Mo Salah and Sadio Mane playing wide you can understand why. So far at Millwall he has started seven games for the Lions and laid on a goal for Tom Bradshaw in the win over Stoke this weekend to register a second assist of the season. Ojo will want to put himself front and centre in the proverbial 'shop window' with a career best season at the Den, as the final year of that Liverpool deal nears, and the suitors hopefully come knocking. 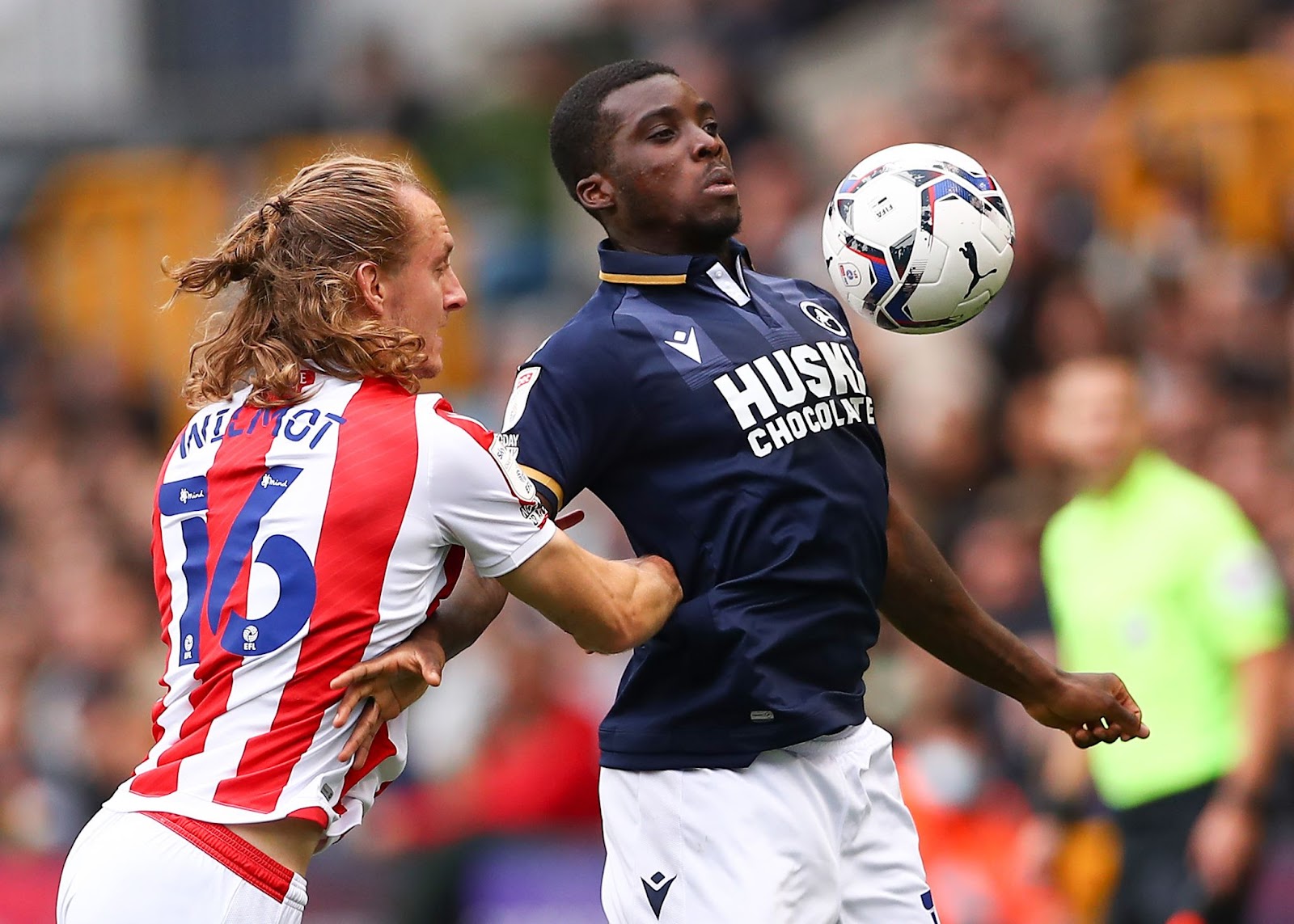