Blackburn Rovers secured a stunning away victory over Bournemouth, Kai Naismith starred for Luton Town, while Di'Shon Bernard is becoming a Hull City fans favourite in another round of the Championship...

It's a classic set up, an underdog in good form goes away to a superior opponent on paper. Does the underdog continue to ride the crest of a wave and let their confidence and momentum sweep aside a supposedly better team? Or does the underdog get put in their place and shown the true order of the divisional hierarchy by the big dog in the yard?

The Championship provided us with just such a matchup as in form Blackburn made their way down south to face Bournemouth at the Vitality. Blackburn may still be remembered as Premier League winners by some, but currently exist as one of the many teams trying to come out of the pack and crack the Championship code. Bournemouth are one of the big boys, an ex-Premier League team and currently in their second year receiving those game changing parachute payments.

Having started the season with a brilliant undefeated streak, Bournemouth went into the weekend without a win in four, but having just secured a valuable away point in the all top two clash at Fulham last time out. Blackburn were on a run of six wins in eight games and on the type of surge that reshapes the expectations of fans and players alike.

The game went with the in form underdog, Ben Pearson was in the wrong place to bump Ben Brereton-Diaz shot into his own net after it rebounded back at him off the crossbar, and Jan Paul van Hecke climbed majestically to head home the second. The narratives for these two sides are evolving as the season moves up to the halfway mark, Bournemouth remain second but the gap is closing, they need a win and to pick up that promotion form once again. Blackburn are in the thick of it at the top, and if the form maintains and they can survive January without losing key players, the play-offs could be the least of their ambitions. 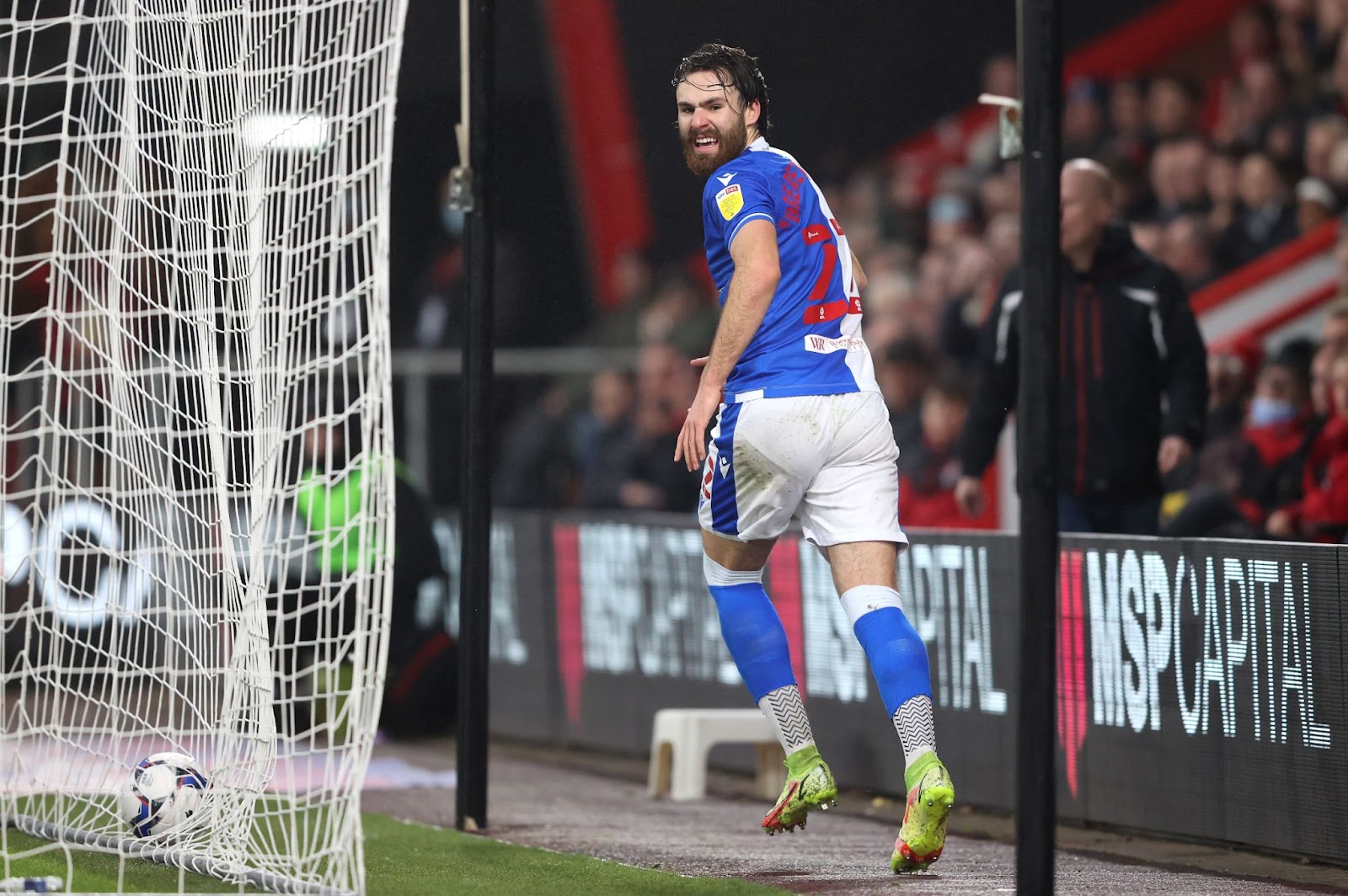 The awful effects of Wigan's administration at the end of the 19/20 season are finally starting to be forgotten. The Latics survived in their first season in League One and have successfully retooled under boss Leam Richardson and their new ownership to the point that they look a strong contender for automatic promotion back to the Championship this season. The retooling process comes after the fire sale that saw the team built by Paul Cook demolished in double quick time.

In a very real life case of 'last one out leaving the lights on', it seemed the only player who didn't depart Wigan was Kal Naismith. The Scotsman stayed for the first half of the League One season but was finally picked up by Luton in the January transfer window. The signing was very on brand for Luton, another example of the Hatters going into a lower division and picking up a player that others seemed to have passed on.

When Naismith arrived I suspected he'd be added for his versatility and ability to play pretty much any left sided role, from inside forward, to winger, to wing-back, and even left sided centre back. Naismith made himself a mainstay in the second half of last season and has started 21 out of 22 of Luton's games so far this campaign, the latest against league leaders Fulham at the weekend. For the visit of the Championship's most fearsome attack, the always versatile Naismith was picked at the centre of a back three as Luton plundered a useful point against their lofty rivals. Along with his defensive work Naismith's pedigree further up the pitch was on show as he led his teams outfielders for touches, passes completed, and accurate long passes. It's another clever pick up from Luton who seem to have a habit of gathering viable Championship players from the most interesting places and using them in the most unique ways.

The Championship calendar has had a reasonably uninterrupted run in terms of Covid issues for the first half of the 21/22 season. We started in August with the nation out of lockdown and heading towards the mythical 'new normal'. The UK vaccination programme had doubled jabbed many of the country's fans and their return to stadiums was welcomed by players and pundits as the missing piece of football's jigsaw over the previous eighteen months.

As we come into the final round of games before Christmas and the end of the first half of the season, the games played column in the Championship table tells us that the postponement chaos of last season has not yet reared its ugly head. Who can forget returning from the final international break of last season and Rotherham's crazy four games in eight days, perhaps the worst of many Covid related postponement problems.

I say the chaos hasn't yet reared its ugly head, but unfortunately as of this weekend that is no longer true. Following on from Tottenham having to postpone their Europa Conference League game against Rennes, we lost our first Championship game as QPR deemed their scheduled Monday night game at Sheffield United was a non-starter. Just hours later Prime Minister Boris Johnson appeared on TV to implore the nation to get booster jabs in response to the new Omicron variant of the Covid virus.

Obviously the primary concern is that everyone is safe and the new variant can be overpowered in order to regain the course the UK seemed to be on. If that is the case and the worst that transpires is a short period of a more transmissible strain, supporters of the Championship, like every other league, may have to get used to some chopping and changing in terms of the fixture list. A small price to pay I know, but one that could ultimately shape the destinations of the teams most involved.

I think it's fair to say that Di'Shon Bernard is probably more popular in Hull than he is in Reading. Last weekend in Hull's draw away at the Royals, when marking Andy Carroll, Bernard appeared to have been struck by the ball on the arm in the penalty box, and yes, the arm also appeared to be in an 'unnatural position'. With the Reading fans in meltdown and the club's media team tweeting video of the incident offering 'another angle', Bernard sarcastically retweeted the footage from his 'BigDish' account with the response 'Don't think anyone asked'.

This obviously sent everybody further into the corners, the Reading fans were further enraged but the Hull fans loved every last character of the tweet. It wasn't like the Hull fans hadn't already taken to Bernard, who arrived on loan from Manchester United in the summer. The 21 year-old had already had a bash at loan forward, as Salford took advantage of their Old Trafford connections to bring the player to League Two for a thirty appearance stint. He has already started 15 times for Hull in the Championship and as a centre-back has been key in Hull's recent good form, which has coincided with a switch to three at the back by boss Grant McCann.

We all know there's probably bigger fish to fry this season at Old Trafford, but if what we're told about new interim manager Ralf Rangnick's attention to detail is true, he'll likely be checking in to see how the 'BigDish' is getting on. 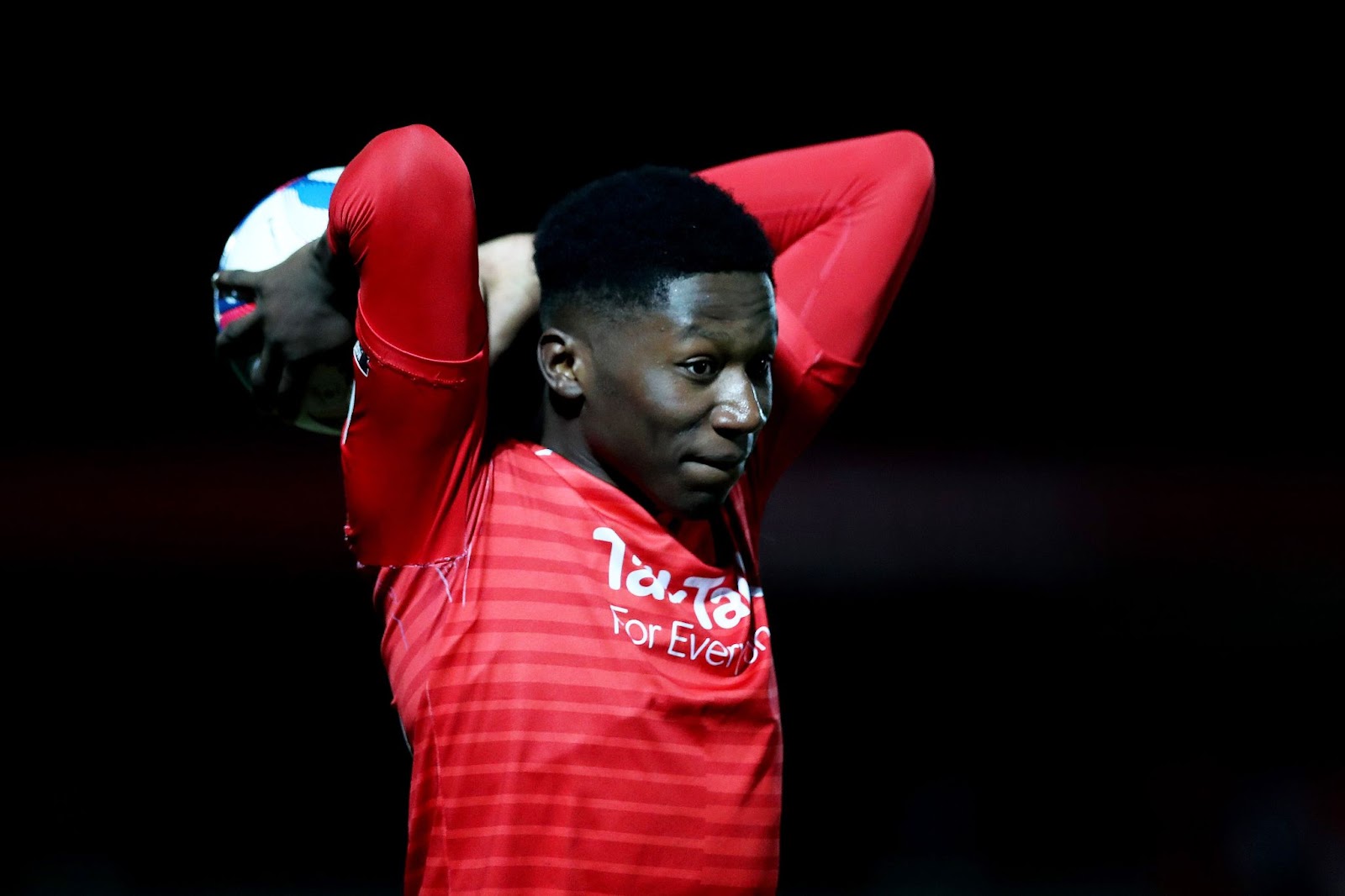