Man Utd forced to end push for Bayern Munich fullback Pavard due to...

Kounde on choosing Barcelona over Chelsea: I preferred Xavi's words to Tuchel's

Arsenal boss Arteta happy with Vieira's performance for Brentford win: He needs to play on instinct

After the second week of the Championship, Blackburn Rovers are quickly responding to the methods of Jon Dahl Tomasson, Ismaila Sarr is clearly a class above at this level and the CBS Arena is again in question. Here's the latest from this weekend's round:

TEAM OF THE WEEK

If I were to instruct Championship fans to put their hands up if their team has six points after the first two rounds of games, there wouldn't be many able to comply with my request. In fact only one fan base would be proudly waving from the North West as Blackburn Rovers are the only team with a maximum haul after two games.

New manager Jon Dahl Tomasson has had a perfect start, especially when you factor in the additional achievement of not conceding any goals into the bargain. Rovers fans will have every right to enjoy these first two games, but where can this good start take the Ewood Park club? Five years of Tony Mowbray featured a promotion from League 1, while last season's eighth placed finish was their highest in four seasons worth of Championship football. Tomasson inherited a squad who challenged the top two until past Christmas last season before dropping off badly and missing out on the play-offs.

Blackburn beat QPR on opening day, keeping it tight and punishing Rangers with a long range Lewis Travis goal. They played the counter attack game perfectly at Swansea this past weekend with goals from debutant Sammy Szmodics, another from Travis, plus a first of the campaign from last season's stand out Ben Brereton-Diaz. Things have gone swimmingly so far, obviously there's a long way to go and many bumps in the road, but right now Blackburn absolutely deserve their spot at the summit. 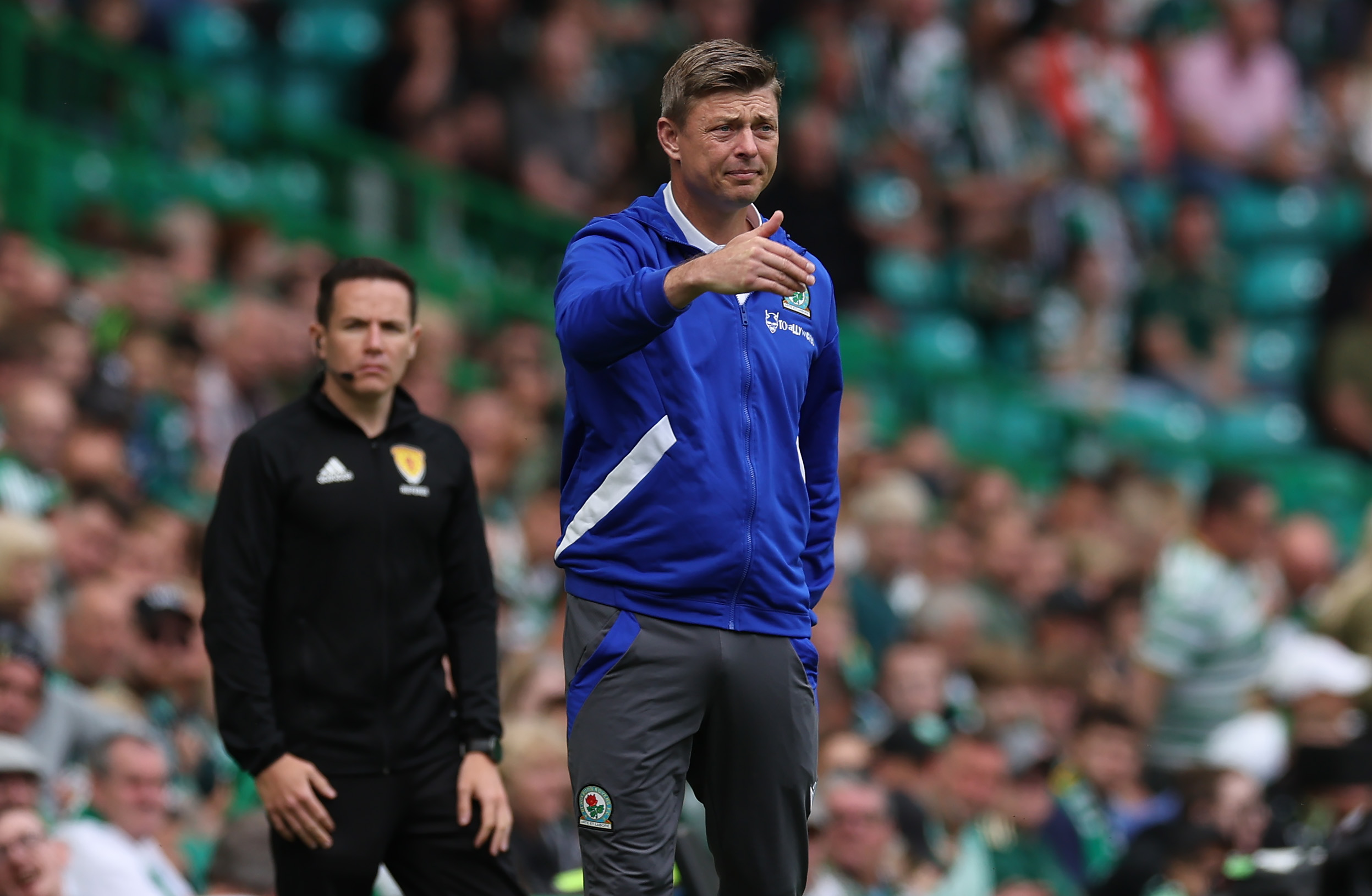 Watford's Ismaila Sarr potentially goes into the category of Championship cheat code. The Senegalese winger had one previous season at second tier level and registered 17 goal contributions, the fact he's now a little older and more experienced means with a fair wind he may be in position to tear up this division.

The class of Sarr is obvious for anyone to see, at his best his sheer pace and physicality allied with a good end product is a pretty fearsome combination. The complaint from Watford fans had been consistency, could he string together the flashes of brilliance across an entire season? The Championship cheat code hall of fame has featured in recent seasons Aleksandar Mitrovic, Emi Buendia, Matheus Perreria and Jack Grealish, who all produced with lethal effect and regularity.

Sarr produced on week one. In a tight game with Sheffield United, when the vital counter attack opportunity arose, he had the speed and the quality to assist Joao Pedro. In game two on Monday though it was a moment of bewildering individual magnificence that lit up the Championship's live TV game. Sarr effortlessly pulled down the ball inside the centre circle and with surgical accuracy, then drilled the ball from inside his own half over keeper David Button's head and hurtling into the net. A goal fit to win any game you'd think, but West Brom were by far the better side and went into the final 20 minutes level and more likely to go ahead and win the game.

It was at this point Sarr's inconsistency raised it's ugly head once again. The flying wideman sped into the box to win a penalty and having scored a sensational goal just an hour earlier, stroked a feeble penalty into the hands of a vengeful Button. Who knows what we'll see from Sarr for the remainder of the season, I'm sure there will be bids for him while he's on the books at a Championship club but should he stay, I think Monday night proves it won't be dull. 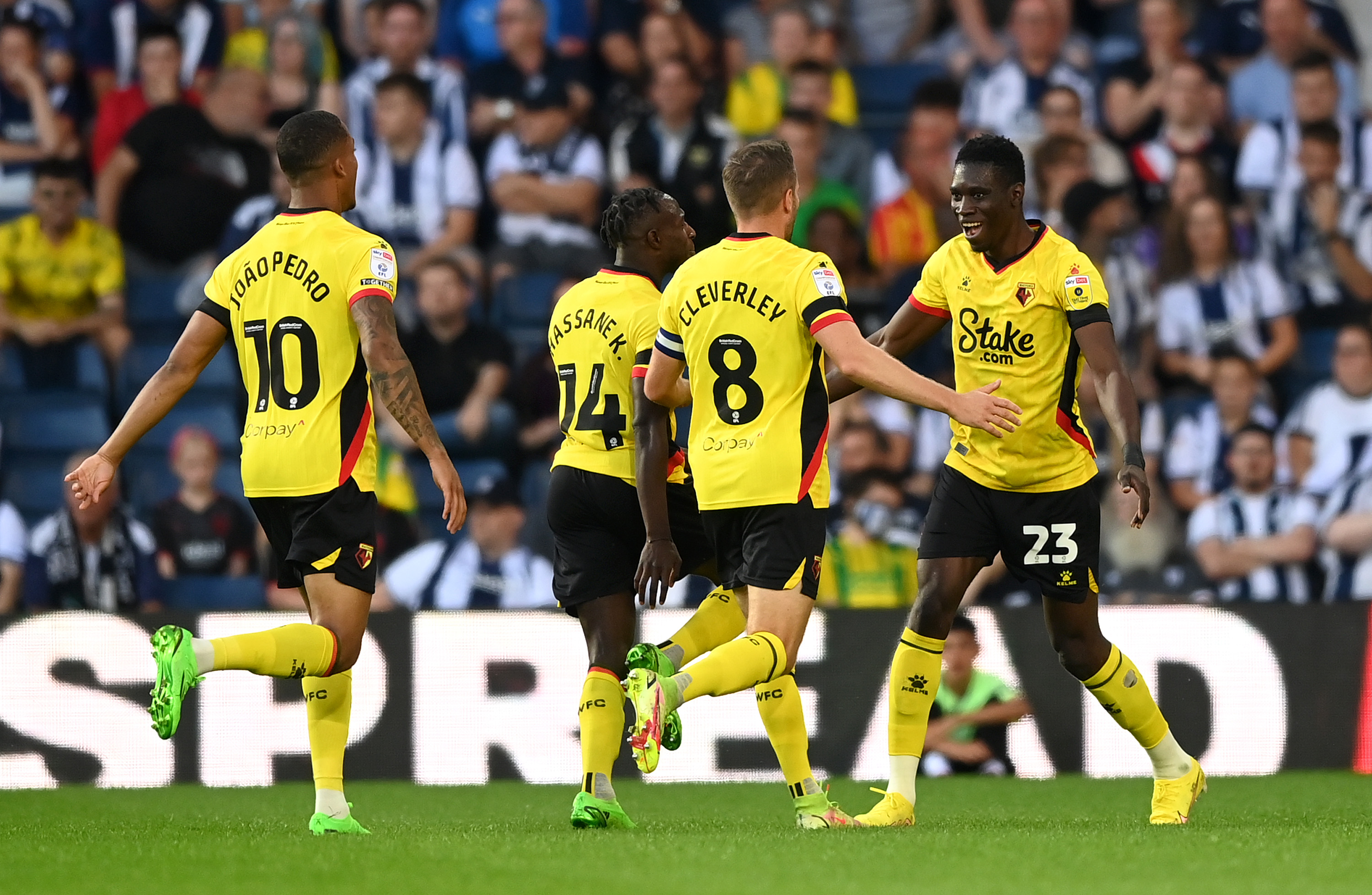 Through a purely footballing lens, one of the main memories the Covid-19 pandemic gave fans was postponements. Games were cancelled left and right, sometimes at very late notice, with clubs having to just roll with the punches and do their best with the situation as it unfolded in front of them. Thankfully, fingers crossed, the pandemic is seemingly behind us and the postponements are a thing of the past for Championship teams.

Well unfortunately that wasn't the case at Coventry this weekend as their planned Sunday afternoon clash with Rotherham bit the dust for particularly infuriating reasons. Pictures emerged during the back end of last week of the pitch at the CBS Arena looking in a very poor state following the stadium's hosting of summer concerts and the Commonwealth games rugby sevens tournament. It got worse for Coventry fans as the midweek clash in the EFL Cup with Bristol City was not cancelled, but moved to the Pirelli Stadium home of Burton Albion.

Coventry fans are no strangers to watching their team be upended from the home and some bad memories will no doubt return. Since leaving Highfield Road for the CBS, Coventry have had time away from their home stadium during ground shares at Northampton Town and Birmingham City during some dark days for the club. This latest issue will hopefully be as temporary as possible while the pitch is sorted out, but it looks like a very poor show in terms of planning and foresight with the fans not entirely knowing whether they're coming or going. 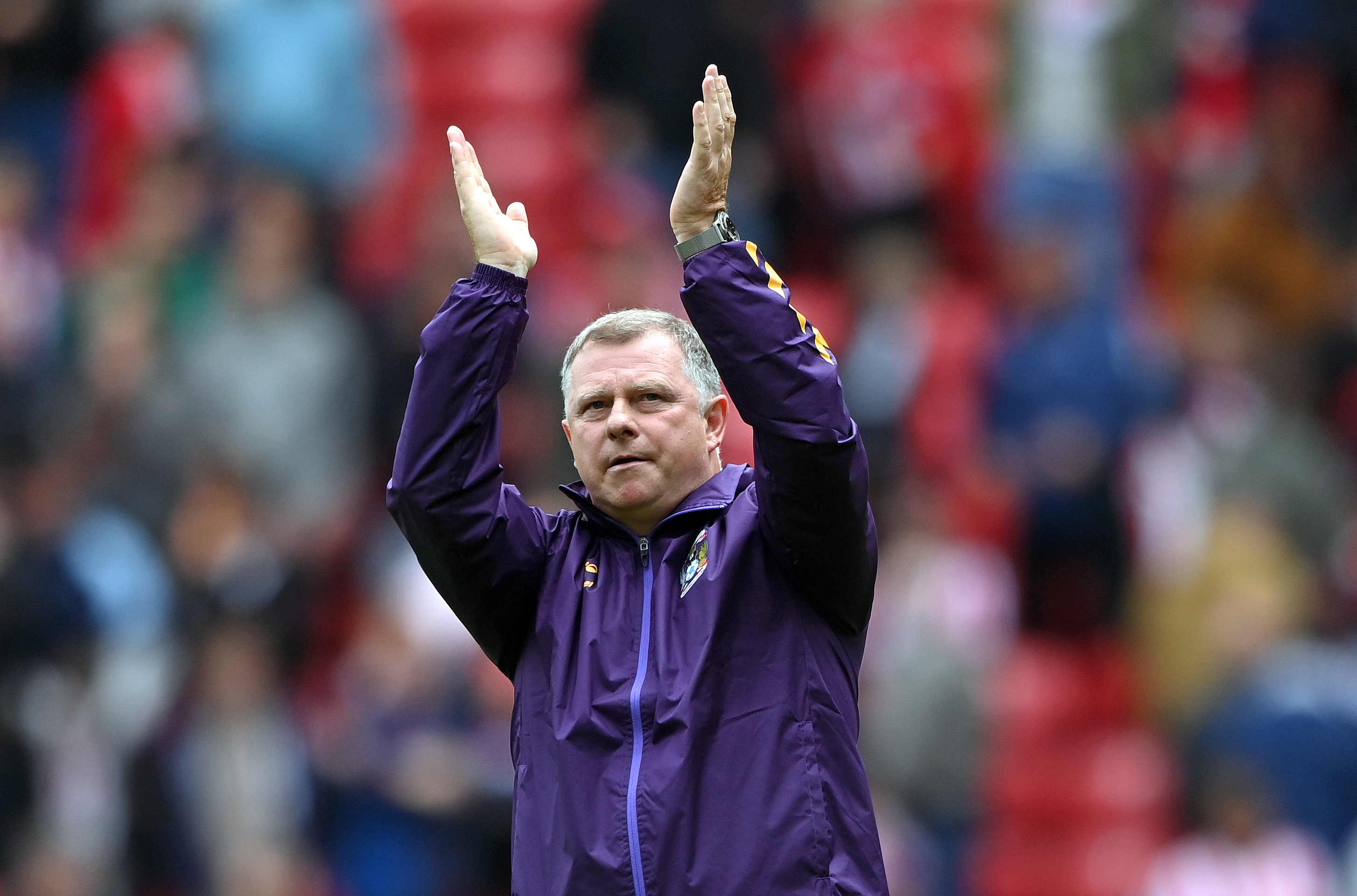 The journey undertaken by a young footballer varies wildly from case to case. Yes there are the incredibly talented few who enter at the top at a young age and never look back, but in the main it's a long and winding road to regular top level football. Ellis Simms is a man making strides along that road and his latest stop sees him in the Championship at Sunderland.

Simms is a 21 year old product of the Everton system, the one that gave us the iconic Wayne Rooney but also in recent seasons perennial loanees like Luke Garbutt and Matthew Pennigton. With the goal of breaking into Premier League football, Simms spent a successful time in League 1 with Blackpool and hit double figures as the Tangerines were promoted to the Championship. He didn't come straight to the division alongside Blackpool though, last season was spent in the Scottish Premiership with Hearts.

This season we do get Simms in the Championship and if it all works out perhaps we'll see an example of a player on the rise joining a club on the rise in Sunderland. The Everton youngster was kept on the bench during the season's opener against Coventry but was unleashed with devastating effect at Bristol City. He teamed up with strike partner Ross Stewart and number 10 Alex Pritchard with the three players combining to get all three goals and all three assists in a useful away win. On the surface it looks a good fit and possibly a fun part of Ellis Simms journey is about to play out. 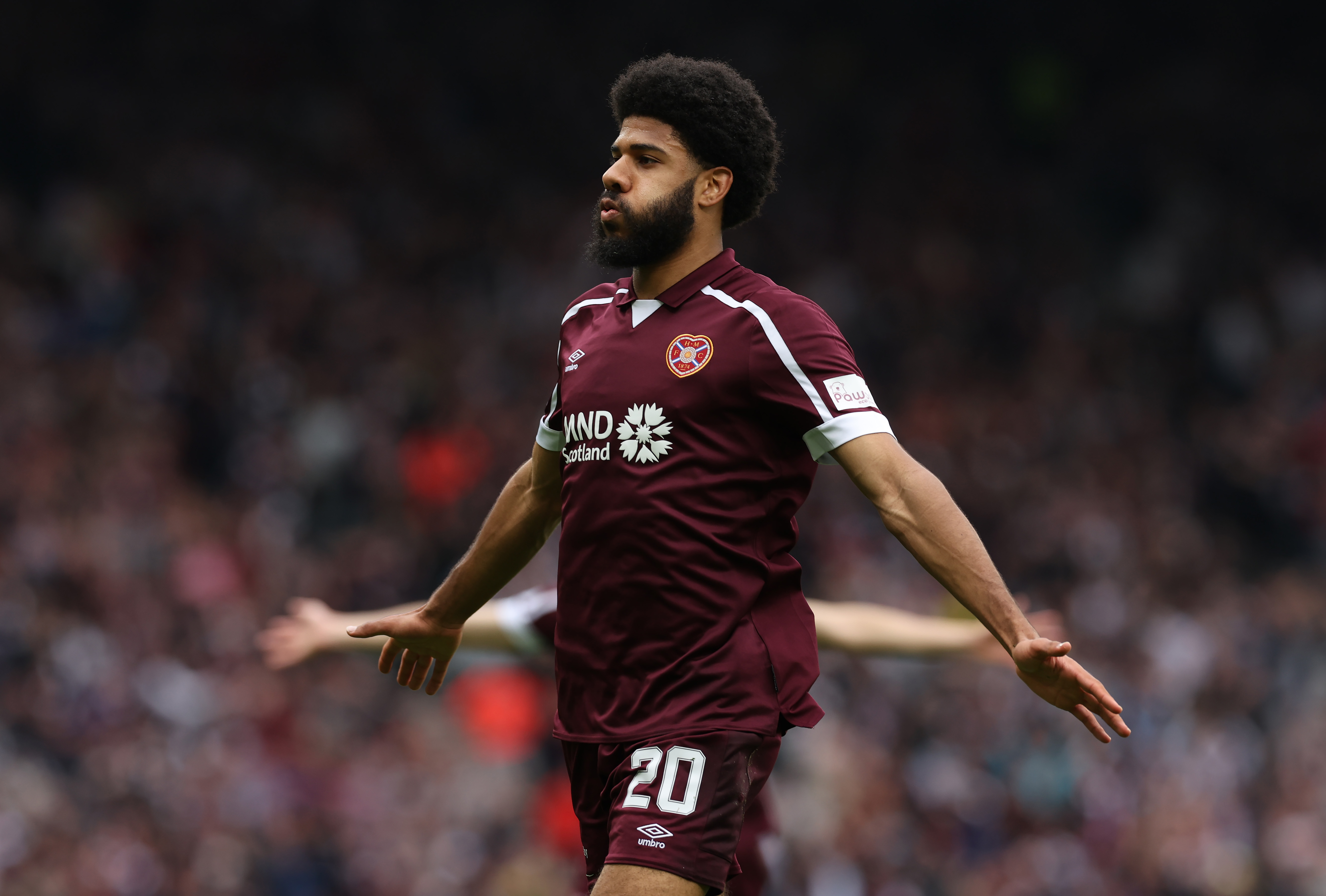