INSIDER: Pochettino wants Man Utd; they want him - it's close!

Blackburn moved into fourth on the table with a win over Stoke, Fulham and Preston North End played out a controversial draw while Duncan Watmore starred for Middlesbrough in the latest round of the Championship...

As if by magic Blackburn have appeared in fourth position in the Championship 20 games in. Events conspired perfectly on Saturday for Rovers to make the jump from seventh up to fourth, with QPR not in action until Monday night and Coventry not winning at Bournemouth. The other team just above Blackburn going into the weekend were their opponents Stoke, and direct damage was done to a direct rival with Rovers 0-1 win at the Bet 365 on Saturday.

The story at Rovers for most of this season has revolved around the brilliant form of Ben Brereton-Diaz and a side operating in the lower part of the top half of the table. As much as I say Rovers have appeared in the top four by magic, that was obviously only in reference to the quick jump this round of games, the team has been in good form for a while. Only Fulham can top Blackburn's 16 points in the past seven games and the two clubs are well clear of everyone else during that period, Blackburn and Fulham fans won't need reminding of the one game Rovers have lost during their good run.

So what next for Blackburn having got themselves into such a strong position? I have been saying for a while that the door is wide open from fourth place down, but if West Brom's recent run continues things could get interesting in all four play-off positions this season. If Blackburn are even close to replicating the output of their last seven games over the next seven, they'll be right in the mix up in the race to run through that fabled wide open door. 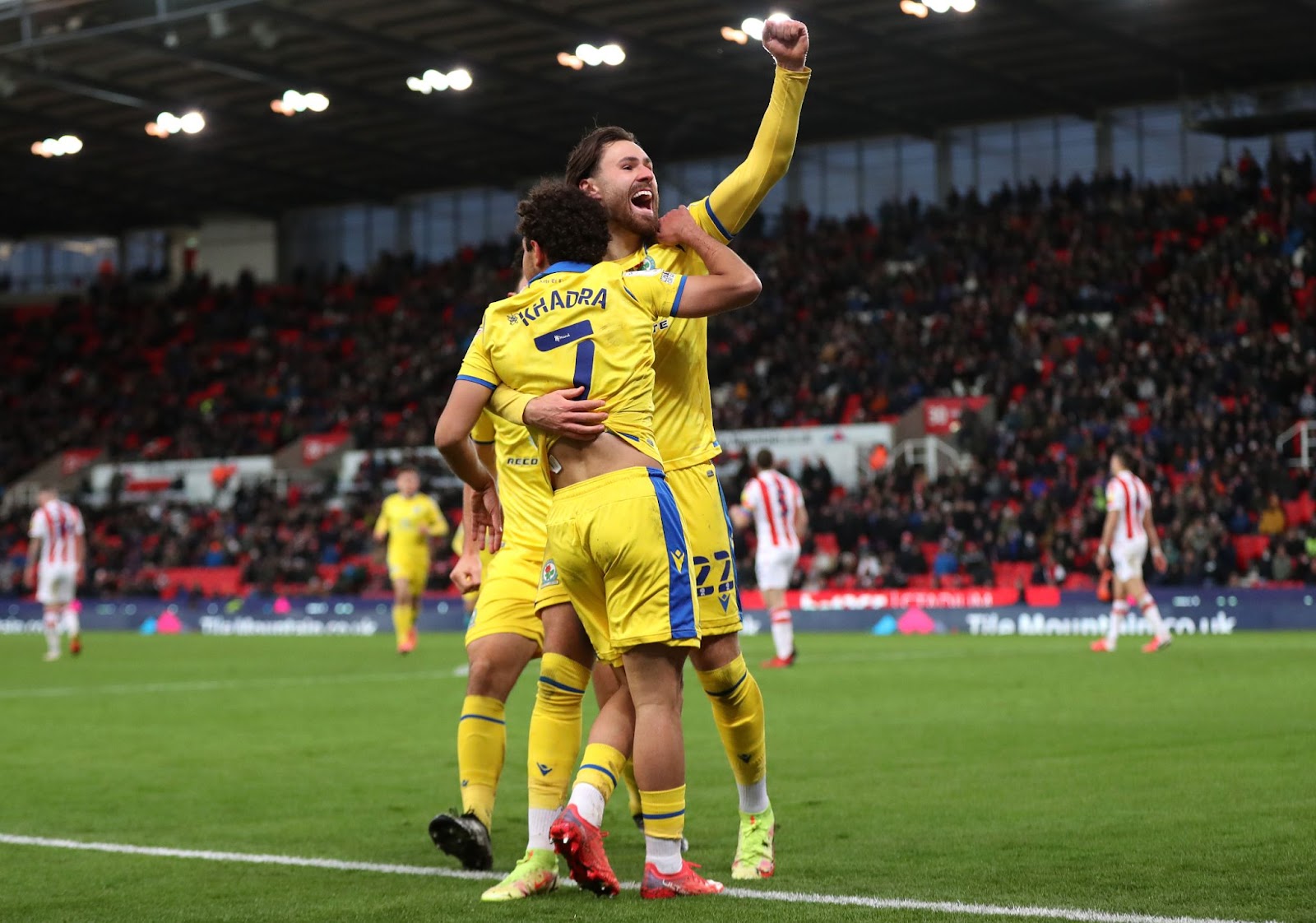 I think I've only once seen a first half hat-trick live and in the flesh, it was scored by Alex Mathie of Ipswich Town, and if you know anything about East Anglian football rivalry you'll know exactly the game I'm talking about. I wondered whether the same feat might be achieved by Duncan Watmore this weekend as he raced to two goals after only 23 minutes of Middlesbrough's win at Huddersfield.

The quality of Watmore's two goals was high and owed much to the excellent work of his teammates. The opener came after a brilliant carry and feed by Johnny Howson set Isaiah Jones in behind on the right, he crossed low and early and Watmore calmly slotted home right footed. The former Sunderland man takes more credit for the second, although Matt Crooks' through ball was brilliantly measured, Watmore still had to beautifully lob the ball first time over the onrushing keeper and into the net.

There was no first half hat-trick in the end for Watmore, but Boro went on to win the game despite a strange late own goal by keeper Luke Daniels. The win represents the first three points for new boss Chris Wilder, and bumps Boro back into a congested Championship mid-table area, where even a quick run of form sees a sharp rise up the division. Despite being known for marauding centre-backs, in Wilder's time in the Championship at Sheffield United, Leon Clarke and Billy Sharp ended up as high scoring forwards. With three goal contributions in three games so far under his management, maybe the Wilder and Watmore partnership will be the next to work well in the Championship. 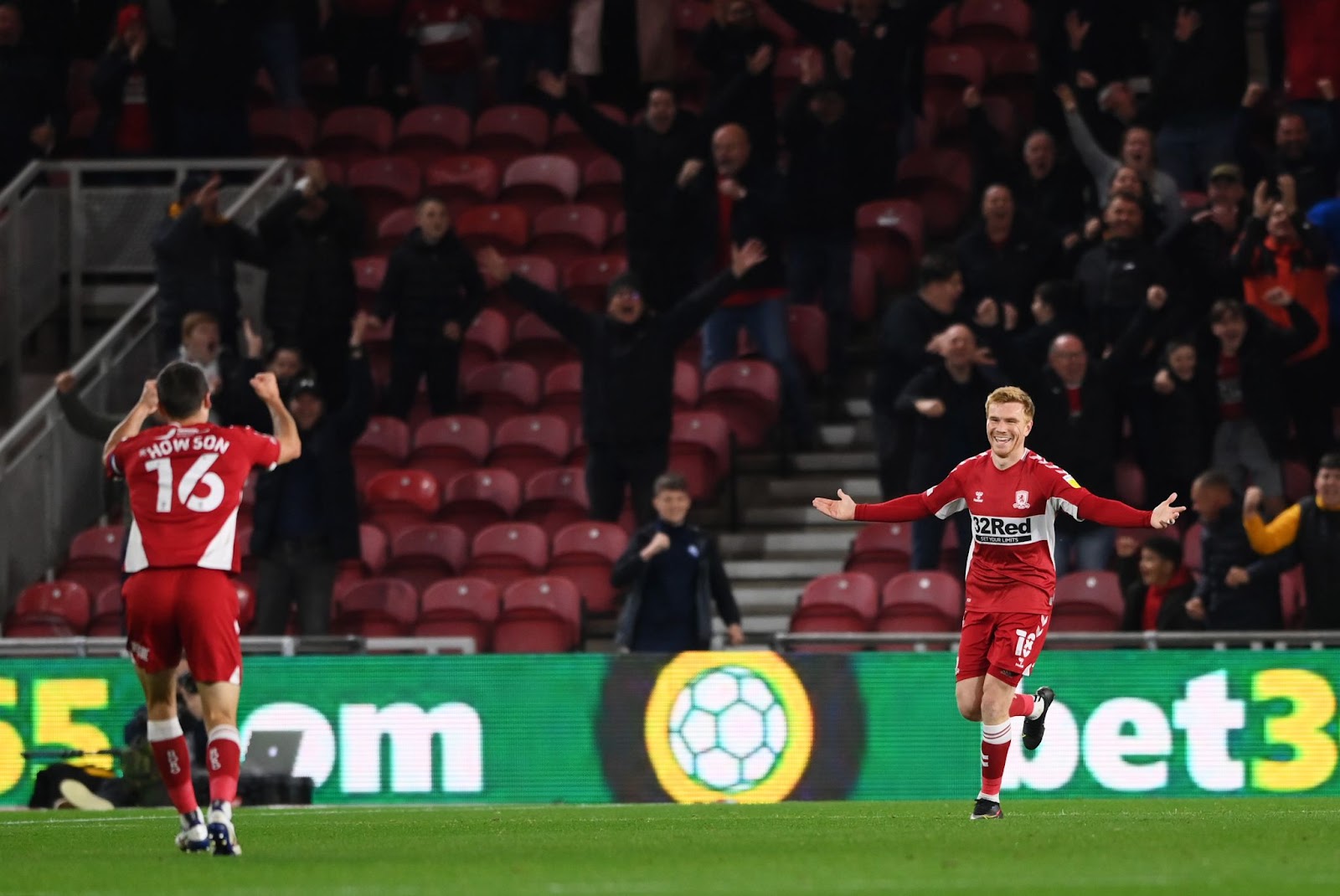 When a child is struggling to do something it's normally more productive to try and calmly explain what's going wrong and offer help, rather than berate them for their incompetence. I try to come from a position of empathy when talking about referees and have long held the view that they need help to do an increasingly difficult job. The job gets harder year on year, the game gets faster, laws change, players adapt to law changes, and a Championship referee operates without the VAR assistance given at the game's top levels.

This weekend saw another contentious issue that even your average fan could've helped solve if they were sat in the VAR suite at Stockley Park. Preston's equaliser at Fulham threw up a litany of issues, and if anyone suggests I'm saying they didn't deserve a goal in this game, I'm not, that's a different conversation that shouldn't be conflated with this one. North End sub Ched Evans arrives to head home a corner but teammate Emil Riis is in the way on the goal line, the ball hits the Dane's arm and then Evans bundles the ball in with his shoulder.

The laws of football tell us we are looking for an arm in an unnatural position if the handball is not deliberate, by way of comparison I suspect if Riis was a defender in this position a penalty would be given against him. I think Evans scored with legal contact above the sleeve but with all the handball chatter fans seem blinded to the fact that Riis was also looked offside when Evans headed the ball. I won't address the additional claims I heard about a foul on the keeper as I have a word count to adhere to, needless to say referee Kavanagh won't be looking back with pride at this decision. 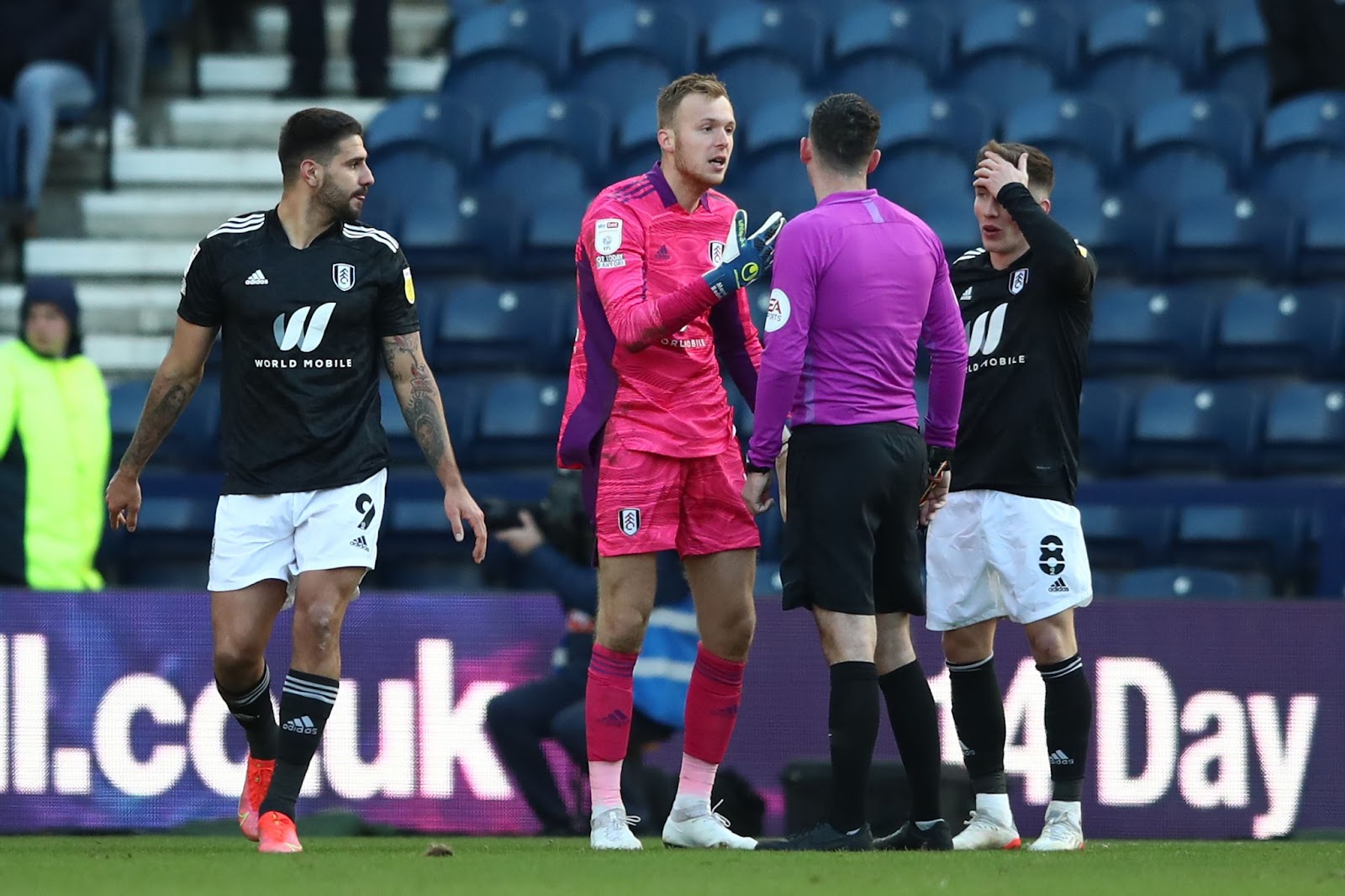 I have no problem admitting that this particular segment of my column benefits a lot from the work of Brighton. The Premier League club currently have Reda Khadra and Jan Paul Van Hecke out at Blackburn, Jay Molumby and Matt Clarke at West Brom, as well as Abdallah Sima and Leo Ostigard on loan at Stoke City. I've likely already covered those players and if I haven't already, I probably will.

This weekend I've picked out Ryan Longman, yet another Brighton player on loan in the Championship who was on target for Hull City. The Seagulls played the loan game with Longman last season, the right winger was at AFC Wimbledon for the season where he recorded 10 goal contributions in a productive 35 starts. With Hull also in League 1 last season, manager Grant McCann had a pitchside view as Longman appeared in both games against the Tigers. Hull made the step up from League 1 to Championship in the summer and so did Longman.

I often feel bad saying it, but when I see a player getting into their twenties and not having broken in at their parent club I assume the future may ultimately lay elsewhere longer term. Longman will be 22 when his contract expires with Brighton in 2023 and it will be interesting to see how far up the ladder he has climbed by then. At the moment things look good for Longman, and indeed for Hull who are on an improbable four game winning streak. Equally improbable is Longman's usage, I called him a right winger two paragraphs back, but he's started the last three games at left wingback and picked up two assists and a goal. With Hull winning and Longman seemingly having played his way into the team, I'll watch with interest to see if he can get close to replicating his influence a level down last season. 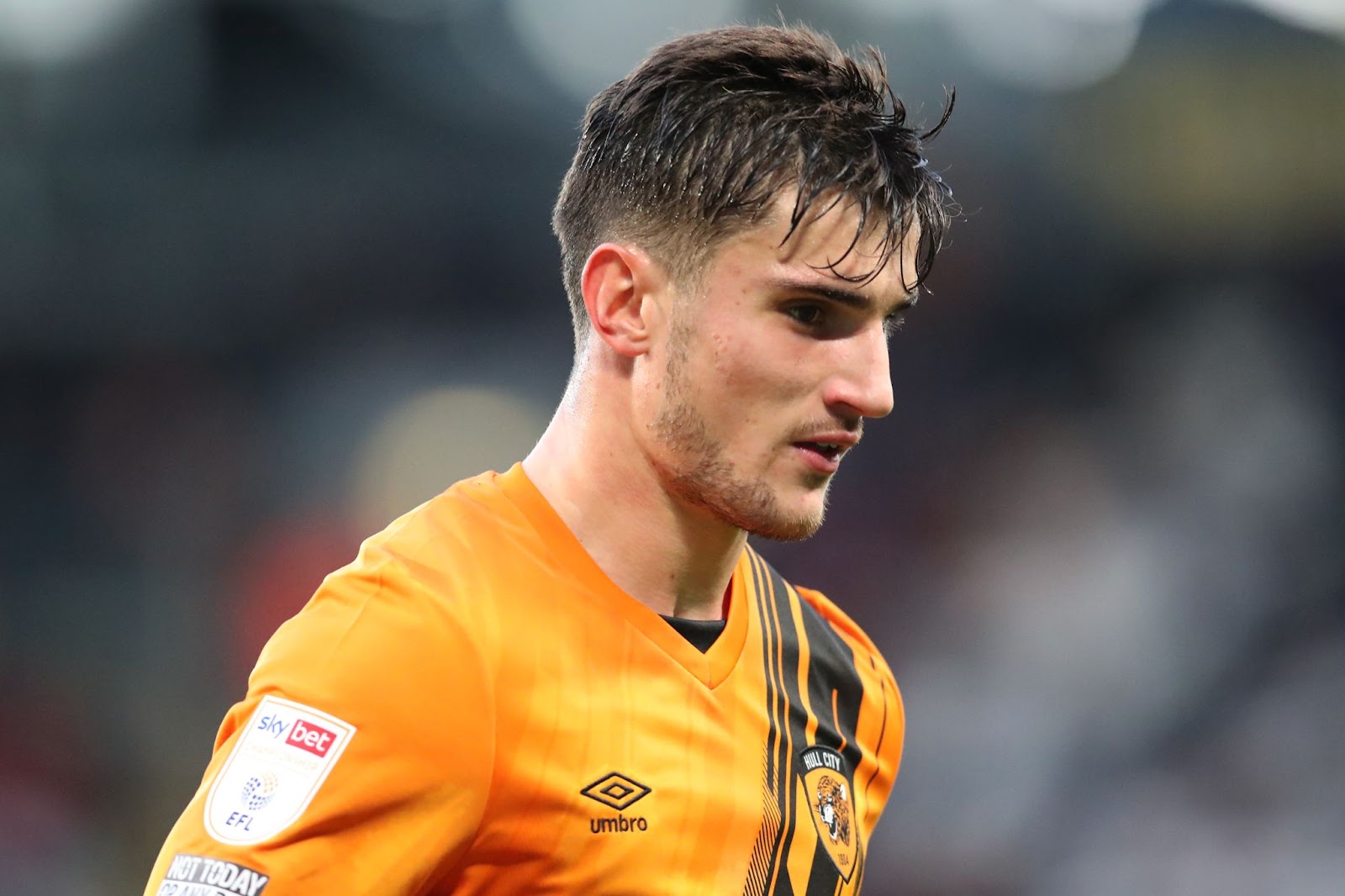