Birmingham City produced a five-star performance for Lee Bowyer away from home, Sheffield United continue to stumble and a new Chelsea starlet is introduced to fans in the latest round of the Championship...

Although we have heralded West Brom for their blistering set piece output in the first four games, after this week it could be Cardiff taking the crown as the Championship set play kings. In midweek the Bluebirds trailed 2-0 at Peterborough with ten minutes remaining, but two goals from centre back Aden Flint saved the day. Both goals originated from Marlon Pack long throw-ins, the box crowded and the ball cleared as far as the throw-in taker Pack. Once from the right and once from the left, Pack provided lovely crosses for Flint to power in two headers against a backline pressed back by the long throw set up.

It's rare for a centre back to score twice in a game, even for Flint, who hit an incredible 15 goal season back at Bristol City in 2014/15. Flint didn't have to wait long to repeat the feat, as he plundered two more goals at the weekend in his very next game against Millwall. It wasn't Marlon Pack providing the ammunition at the weekend but Ryan Giles who first swung over a free kick from the right, and then a deep cross from the left, Flint of course headed both into the Millwall net.

The in form Championship attackers are getting up to speed with six of them rightly receiving plaudits having already hit three goals in the first four rounds. But, for the time being, out on his own at the top of the Championship scoring charts with four goals, centre back Aden Flint. 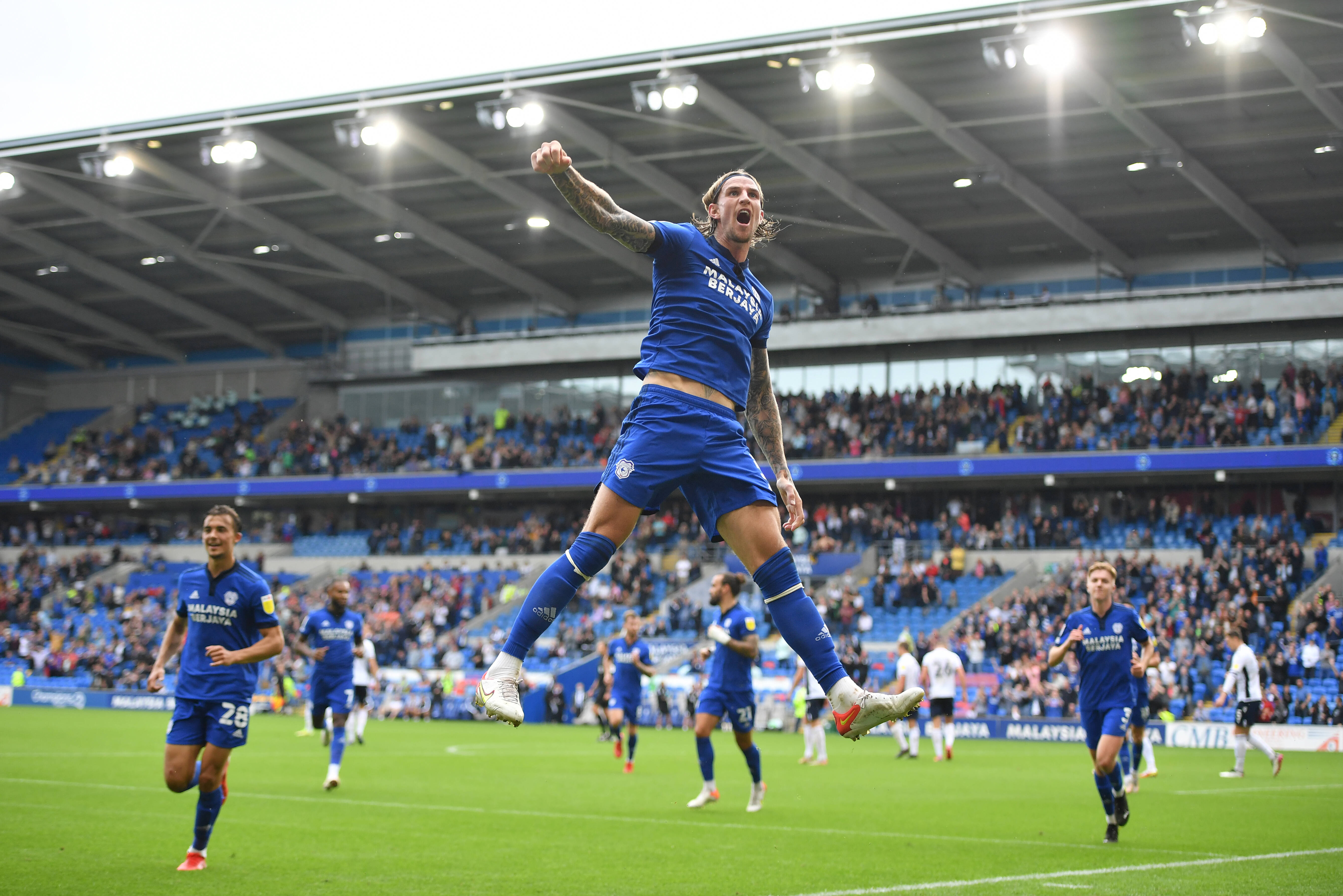 I suspect if you look hard enough you might be able to find a couple of Birmingham fans who had a little flutter on their side winning 0-5 down at Luton. It's the sort of bet you might put on and think 'That'll never happen', but if it does you know you're in for a great away day and are most definitely going to be quids in at the end of it. Sensationally, Birmingham did show up at Luton and win by five, and other than our couple of potentially mythical gamblers, nobody saw this coming.

Yes, Birmingham had an excellent away win on opening day at Sheffield United, but one point and no goals in the next two games did not point towards the demolition of a good Luton side already with six goals and six points to their name. Lee Bowyer fielded his normal three at the back system with wing-backs and two holders in Ryan Woods and Ivan Sunjic. Up top were the powerful Lukas Jutkiewicz and the often criticised Scott Hogan, with the excellent loanee Tahith Chong linking midfield and attack and gravitating to the right hand side.

By half time Birmingham were two up with headers from Marc Roberts and Scott Hogan, with the half time message from Luton manager Nathan Jones presumably to get straight back into the game. Unfortunately for Luton just two minutes into the second half the Hatters were caught by an incisive breakaway by Chong and Hogan capitalised to slip in his second. The sight of Gary Gardner coming on and immediately bending one into the top corner confirmed that Blues were on fire, before Chuks Aneke scrambled home number five to complete a perfect away day for Birmingham. 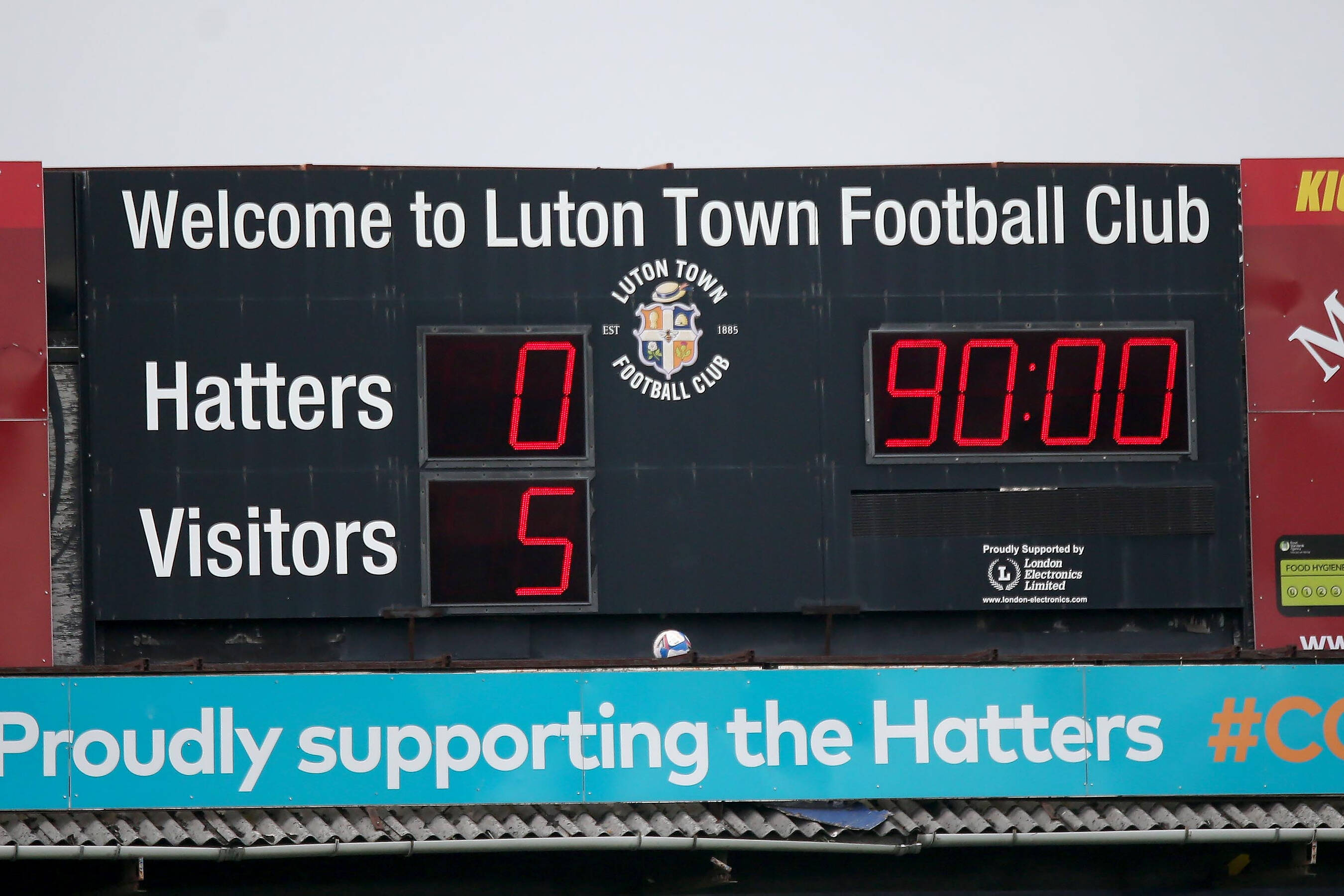 I often joke during these columns about Stoke City's ability to confound and make a fool of me over the past few Championship seasons. This season I had Stoke pegged as being in the middle of the table, and Michael O'Neill as a cautious, pragmatic manager, who dishes up simple but effective football. It's the last bit that we need to focus on this week. I can fathom a side not being where I expected in the table, that's par for the course in the Championship, but where on earth did Stoke's glorious winning goal come from this weekend?

The ball was played out from the back, circulated between the centre halves, into Sam Clucas in midfield and then out to Tommy Smith advancing at right wing-back. Smith accurately slips the ball into Jacob Brown, he dummies for strike partner Steven Fletcher and continues his run, but Fletcher back heel flicks it in the other direction. The Nottingham Forest defence can't keep up with the brilliant one touch stuff and when Mario Vrancic slips the ball into the box ahead of Josh Tymon the space has been perfectly opened up for him to drill left footed first time into the far corner. 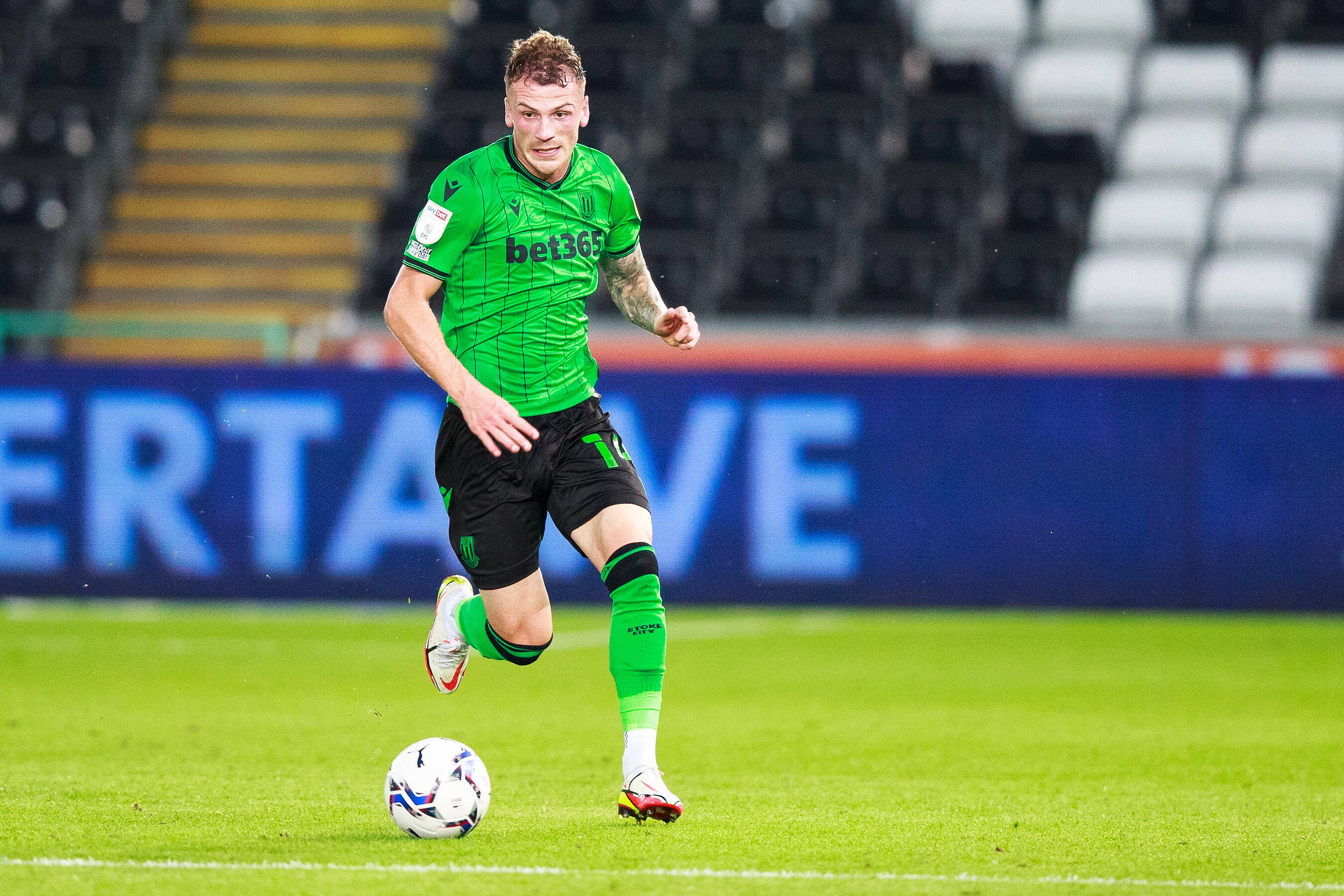 TALKING POINT / LOANEE OF THE WEEK

It only makes sense to consolidate two of our topics this week as events at Bramall Lane provide us with both our loanee of the week, and a big talking point. Firstly, let's do the positive bit, and talk about a great afternoon for 18 year old centre back Levi Colwill. Colwill has come in on loan from Chelsea and started all of Huddersfield's games so far in their back three. Not content with his defensive duties this weekend, he also turned out to be the goalscoring hero in this one and popped up with a 94th minute winner to secure back to back wins for the Terriers.

The journey for young Chelsea players can be a complex one and a loan move seems to now be a rite of passage. Two names Colwill may want to focus on as inspiration are Trevoh Chalobah and Marc Guehi, Chalobah finally appeared and scored at Chelsea after three seasons out on loan from Stamford Bridge, one of which was conducted at Huddersfield. And although Marc Guehi may not be at Chelsea any longer, two excellent Championship seasons secured him a transfer to Crystal Palace where he has immediately become a regular Premier League starter.

Right, now for the negative bit, and the continuation of a dreadful start for Sheffield United. I went into this weekend thinking this matchup would either give the Blades a chance to get on the scoresheet and get themselves a first win, or things would hit a new low. Unfortunately for Slavisa Jokanovic it was the latter, and United are only being kept off the bottom by Nottingham Forest's zero point start. It looked for a fleeting moment that things were looking up for the Blades when Billy Sharp fired home a stoppage time equaliser, saving a point and finally registering a first goal of the season. But things aren't working out that way so far this season at Bramall Lane, and Colwill's goal meant a late defeat and the sense of restlessness amongst the natives grew that bit more. 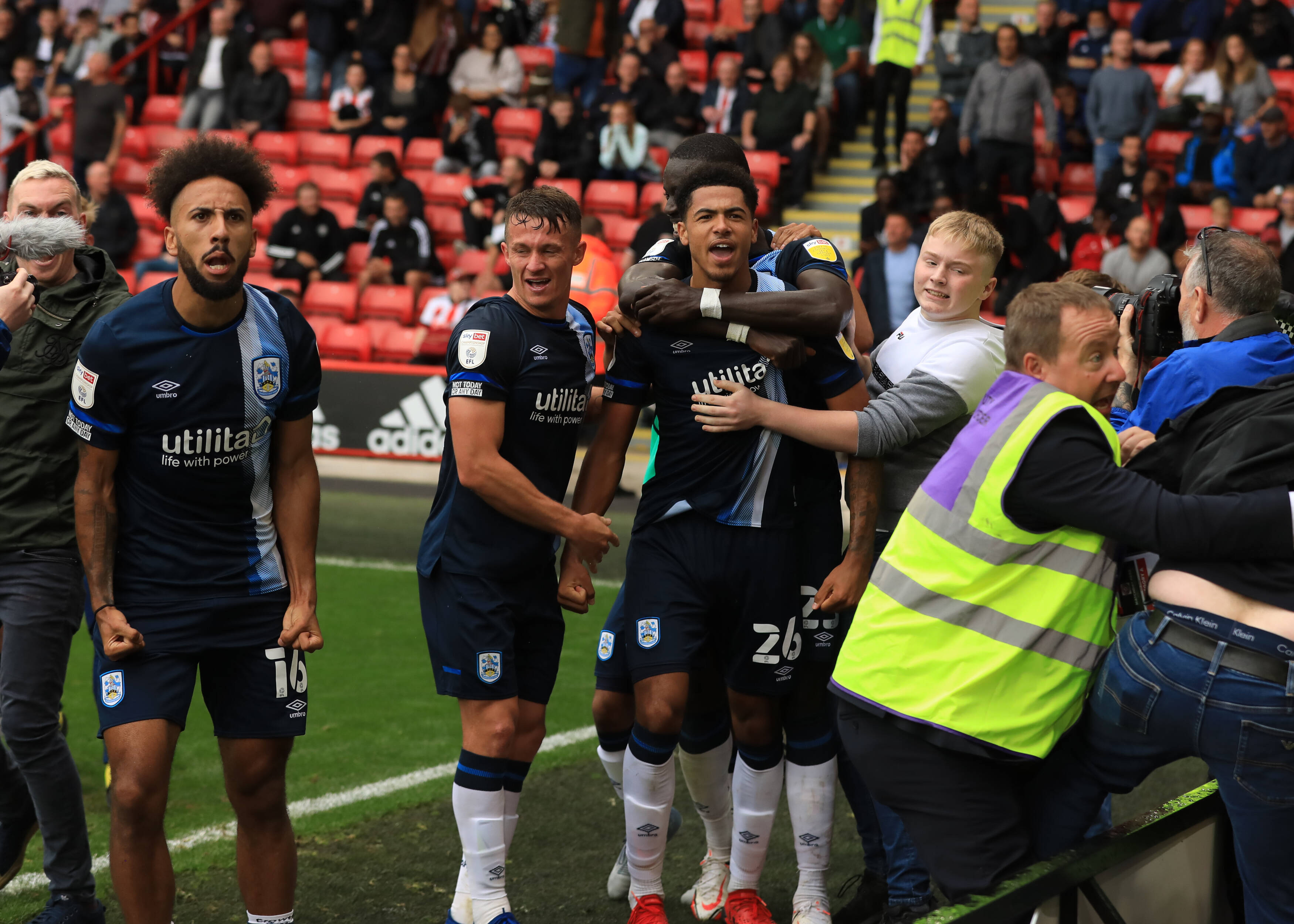