For our latest review of the Championship, Norwich City fans appear set for a return to the Premier League - while Barnsley's support can also dream. And an injury return at Reading plus a canny deal for QPR could also give them hope.

It is often said that a player returning from injury is as good as a new signing. Whilst this is untrue in the most literal sense, the point certainly stands that a returning player can add something a squad has been lacking and give the manager an option he didn't have. In the case of George Puscas and Reading, the Romanian's return has benefited the Royals in any number of ways.

Puscas missed three months of the season between November and February, a trio of sub appearances eased him back in, and he has now started the past two games. Reading have won their last three without conceding a goal, and whilst we can't put this exclusively down to his return, Puscas's availability has opened up several options for boss Veijko Paunovic.

Reading have punched above their weight consistently this season, and after an incredible start have maintained themselves in the play off spots, in the face of a number of injuries to key players. Paunovic has been extremely consistent with team selection and formation, with Reading's reliance on their ability to absorb pressure whilst attacking decisively, starting to become a little stale. Forward Lucas Joao's outstanding output has dropped off a touch, and the reliable duo of Laurent and Rinohmota in midfield has been tinkered with.

Puscas returning meant two important things, some help for Lucas Joao, and the ability to play a different shape, giving opponents something new to think about. Having started in a front two with Joao against Blackburn, Puscas scored the winning goal, and on Saturday against Sheffield Wednesday, his powerful presence forced Borner into a foolish red card, setting Reading on their way to victory.

Reading's playoff challenge has not fallen away in the manner many thought it would, and with Puscas already adding extra goals and tactical options, perhaps his return could actually be as good as a new signing. 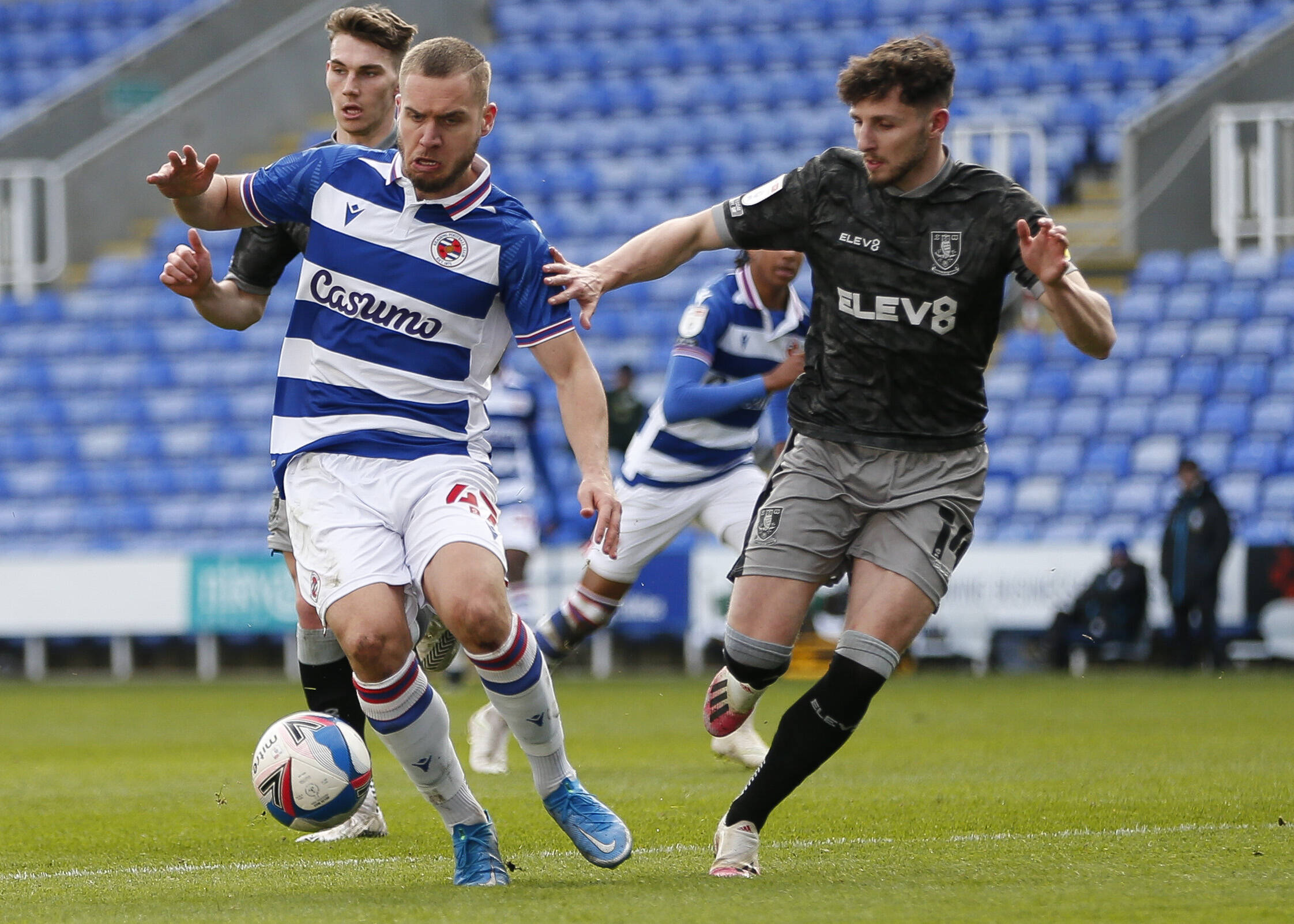 The 80s hit TV show Red Dwarf featured a much beloved character called Kryten, a service 'mechanoid' who acts as a butler and is not capable of human emotion. During the show one of Kryten's settings allows him to 'engage smug mode', and celebrate his own achievements in understandably comedic fashion.

From my communication with Norwich City supporters through social media the past few weeks, it would appear many of them have engaged smug mode, and frankly you wouldn't blame them. The Canaries picked up their seventh straight victory this weekend over Luton, and even the most pessimistic fan would concede that it's now a case of when, rather than if Norwich get promoted.

With the magnificent Buendia performing at a level way above the Championship throughout the season, Daniel Farke's side have grown into a formidable machine, overcoming injury problems, and now peaking in decisive fashion. Norwich were simply too good for Luton on Saturday, Teemu Pukki scored twice and is nearing his brilliant output from Norwich's promotion in 2019, whilst Todd Cantwell slalomed in from the left to add a third.

The Norwich plan has been clear from the second they were last promoted. Delay spending and use the elevated wealth a top level season brings to power through the second tier in the event of relegation. Norwich's excellent sporting director Stuart Webber has executed fantastically throughout his tenure, and with every passing week surely is turning his attention to Premier League viability, rather than Championship domination. 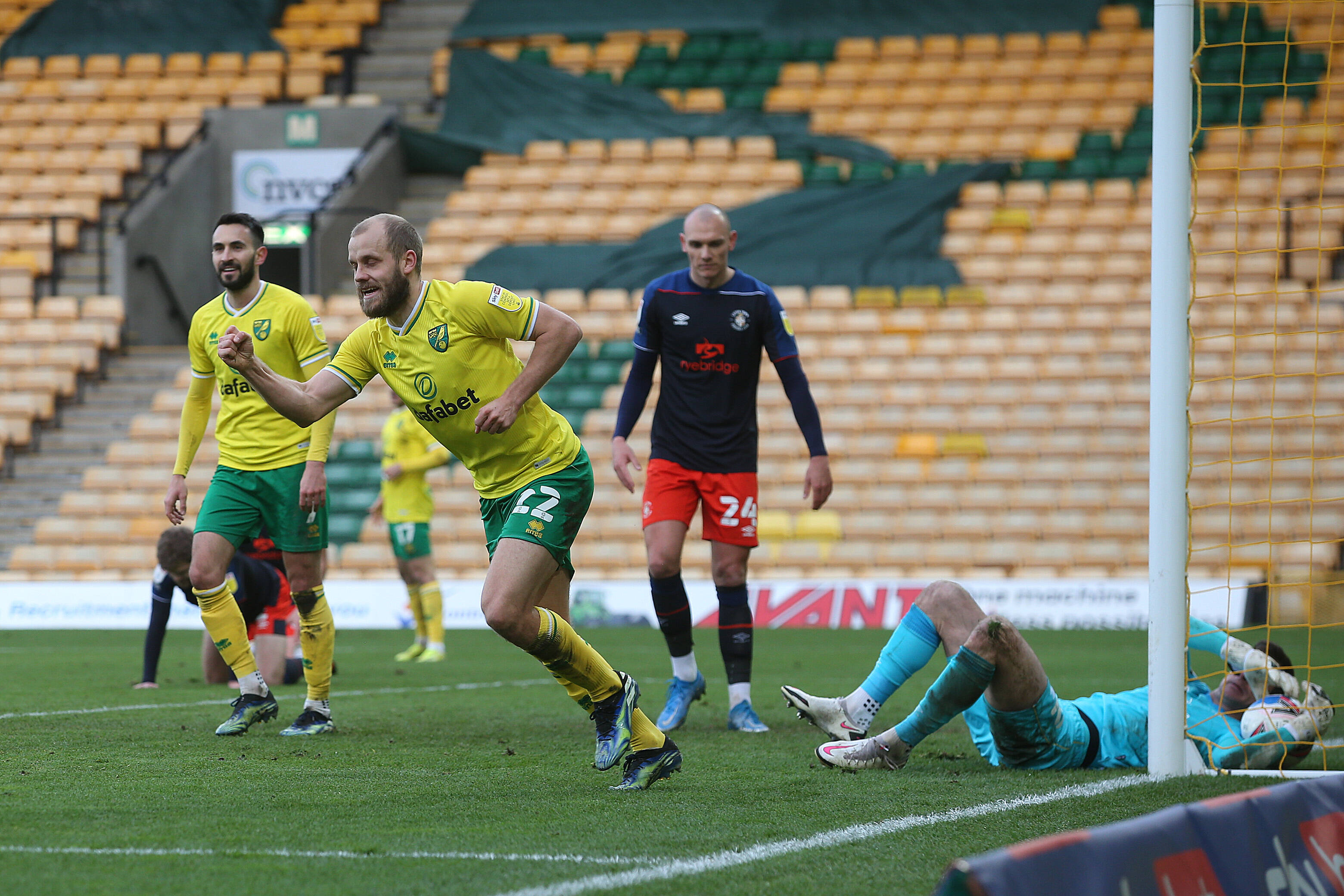 In amidst all the hullabaloo of returning hero Charlie Austin signing back with QPR in January, you'd have barely noticed Stefan Johansen also coming through the door. Of course Austin's signing caught the eye, he arrived three games earlier, two of which were victories, and was on the scoresheet within his first 45 mins back. However, it won't have escaped Rangers fans' attention, that Johansen's record as a QPR player is also highly impressive in his short time at the club.

Whether it's Austin, Johansen, a combination of both, or something else, QPR have improved, and it's clear that Stefan Johansen has plenty to offer in a Championship centre midfield. The Norwegian arrived at Fulham in 2016, and performed brilliantly in a trio with Kevin McDonald, and Tom Cairney. McDonald the holding man, Cairney the playmaker, with Johansen gluing the midfield together, as a versatile combination of both roles. There was a playoff defeat, then a play off victory, with plenty of goals and assists along the way. Johansen sadly became one of those players who despite excelling in tier two, is quickly discarded at the top level.

He was loaned to West Brom, and on Fulham's return to the Championship last season was not a key player under Scott Parker, as Fulham were promoted once again. It's no great surprise that Johansen is back, and clearly having a positive influence at QPR, who have picked up an impressive 16 points from the eight games he's played. Saturday's win at Bristol City took Rangers to 43 points for the season, and planning for another Championship year can surely begin. Making Johansen's signing a permanent one will probably be an important topic of discussion. 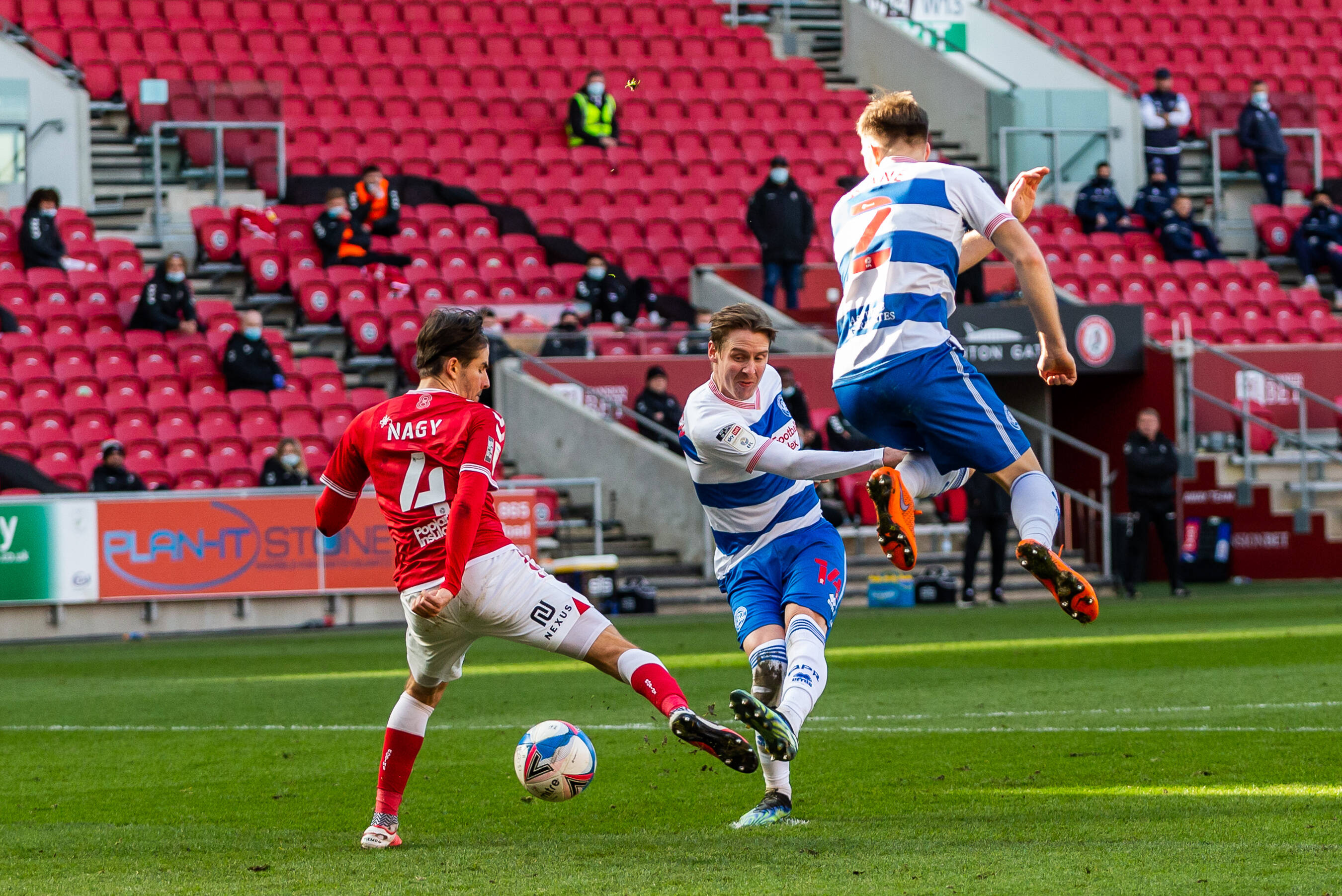 Barnsley moved into the playoff spots this weekend after recording an incredible seventh straight Championship victory. Whilst it's fair to acknowledge league leaders Norwich also have seven straight wins, only the most narrow minded of Canaries fans would deny the wider footballing public celebrating Barnsley's brilliant run.

Having been promoted from League 1 under Daniel Stendel, Barnsley made a mess of their first few months of Championship football. The Tykes sold key promotion players, won one match out of their first 18, firing Stendel, and taking an age to replace him. Under new boss Gerhard Struber, Barnsley improved markedly, but still needed an incredible combination of last day heroics, and financial disaster at Wigan to stay in the division.

Another bad start this season saw Struber leave Oakwell for New York, and at the point Valerian Ismael arrived, Barnsley were second bottom with no wins from their first six. Since Ismael arrived only runaway leaders Norwich have scored more points than Barnsley, and this current winning streak now has them as genuine playoff contenders.

Barnsley were forward thinking under Struber, brave in approach, often to a fault, and have developed even further under Ismael. Their win at Brentford to end the Bees' 21 game undefeated streak was thrilling, aggressive, relentless, and sent a message to the teams contemplating potential playoff opponents at the end of the season. Barnsley left Brentford with more eyes on them, and haven't stopped winning since.

The Championship can be wildly illogical and horrible to predict, however Barnsley's fixtures do look reasonable for the remainder of the season. The Tykes will now only face two top six teams, and one would reasonably suspect Norwich on the final day would have been promoted some time in advance. We now enter a decisive week with Barnsley playing a game in hand over Derby, and then meet direct rivals Bournemouth at the weekend. Four or six points from these two games and Barnsley will become the team to catch in the race for sixth place. 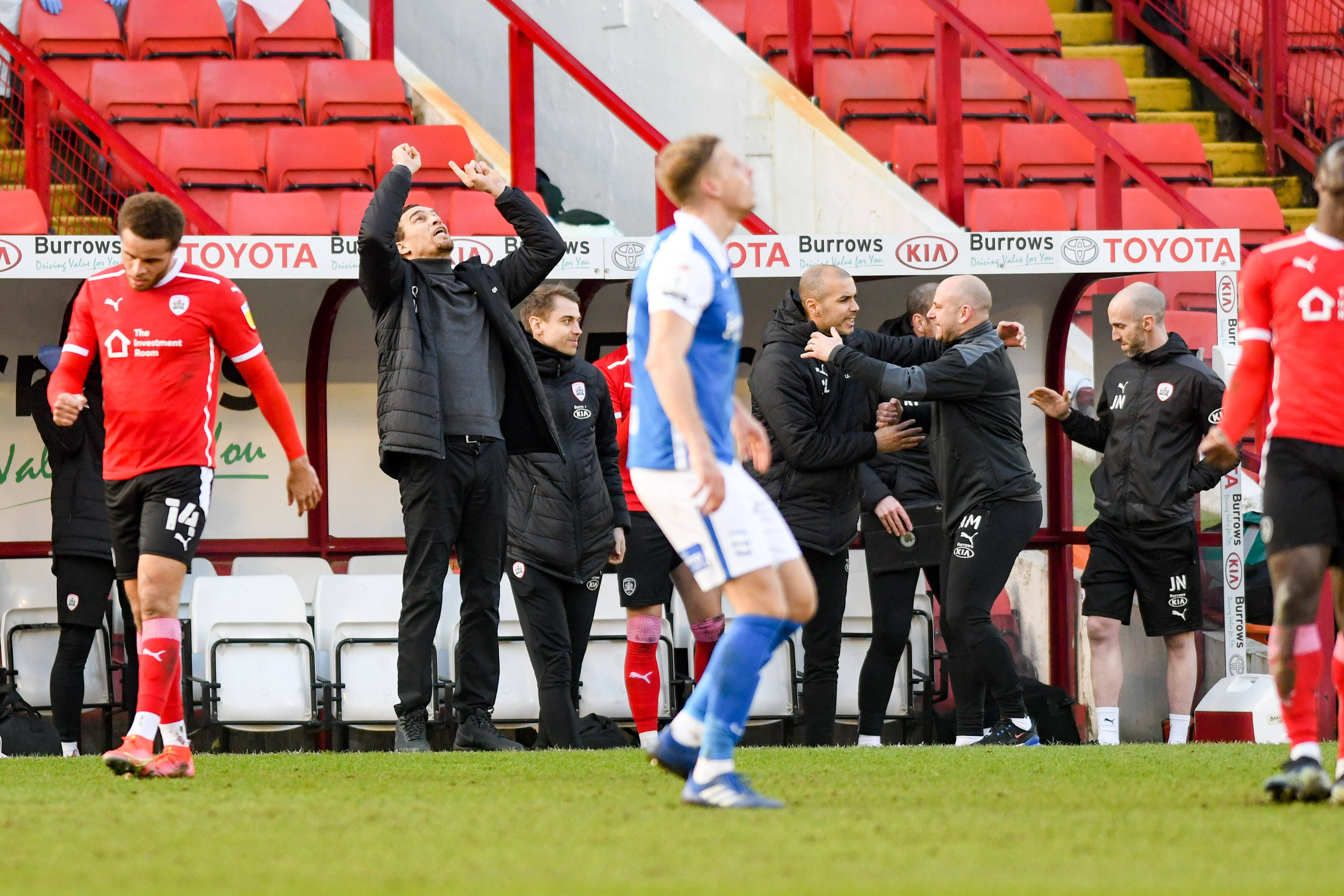 MOST CONTROVERSIAL EVENT OF THE WEEK

If Swansea are eventually promoted this season, we'll look back at this week as an absolutely vital one. The Swans have won games against Stoke and Boro, both with Ayew penalties deep into stoppage time. In the most simplistic terms, without the two penalties, Swansea have four points less and are in a bad run, with them they have four points more and feeling invincible.

Given the highly emotional feeling around these decisions, I'll tread carefully here. Such emotion means it can be impossible to have a credible discussion with fans either penalised or benefiting from such a decision. With the two decisions happening in back to back games, further fuel is added to the fire.

The first thing worth saying is that Swansea regularly win tight games, and on both occasions this week, they won penalties with defenders committed forward in the opponent's box. The most pro Swansea angle on this would be to applaud their endeavour, game management, tenacity, mentality, and ability to win in dramatic circumstances.

If we flip positions, the anti Swansea angle is they got lucky. The penalties were both contentious, and that's before we get to Bola's disallowed goal for Boro, a decision which also appeared to go for the Swans. I'll stop short of the twitter vitriol, comprising endless expletive ridden accusations of cheating and corrupt officiating. I'll leave it up to you to hopefully reach a more reasonable conclusion.

The football news cycle moves fast, Swansea have banked the six points, and I'll be writing about a different controversial event next week. There will be those that won't forget, and regardless of how they came, we'll see at game 46 the impact of these six Swansea points this past week. 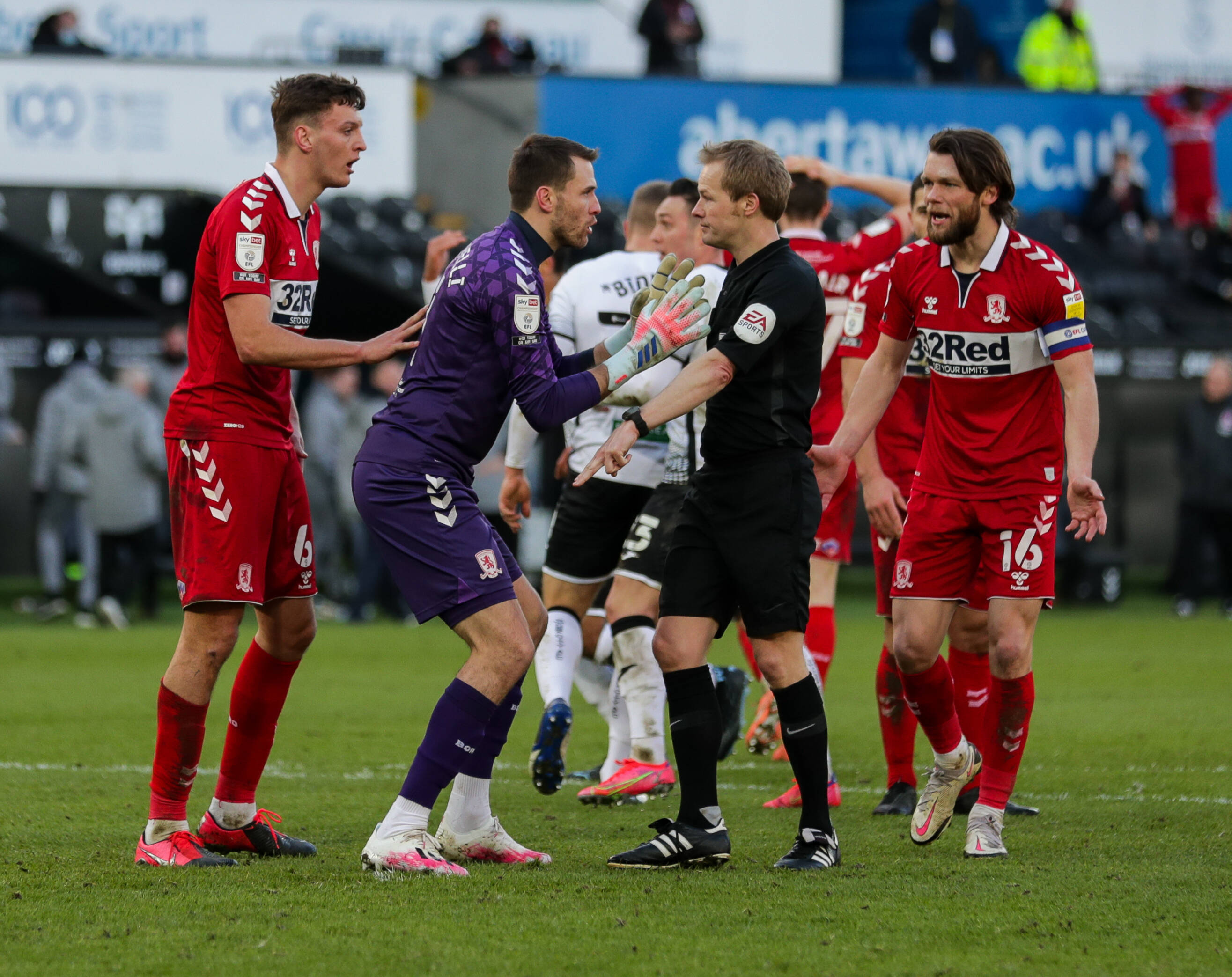