Barnsley shocked QPR to inspire thoughts of staying up, Cameron Archer again impressed at Preston and the title race was again thrown wide open in the latest round of the Championship...

I think this result is what's known in the trade as a coupon buster. Perhaps the reference is slightly dated in it's nod to the old fashion football pools coupon, but the sentiment rings truer than ever. A coupon buster is the one sure fire banker result that everyone thinks is going to go one way, but ends up going exactly the opposite.

Bottom of the table Barnsley had been in dreadful form going into this game and frankly for the majority of the season. The horrific number at the centre of their struggles was one win in 27 games, with Championship historians looking at the possibility of them finishing below the abject 23 points Rotherham scored in the worst ever second tier season. QPR on the other hand have been in excellent form and their status seemed to have elevated over the course of the campaign from play-off challengers to a viable automatic promotion run.

In true Championship fashion the complete opposite of my expectations occurred. Having got to the final part of the game without having gone behind, the Tykes took their chance to add an ultra rare win onto their ledger. On loan Watford man Domingos Quina, who had spent the first half of the season at Fulham, smashed home the winner with his left foot. The most ridiculous thing about this whole situation is that along with Barnsley being terrible, so is the standard with the rest of the teams at the bottom of the table. Who can blame the Tykes fans for banishing thoughts of being the Championship worst ever team and thinking, 'hang on a minute, we're only five points off safety now!' 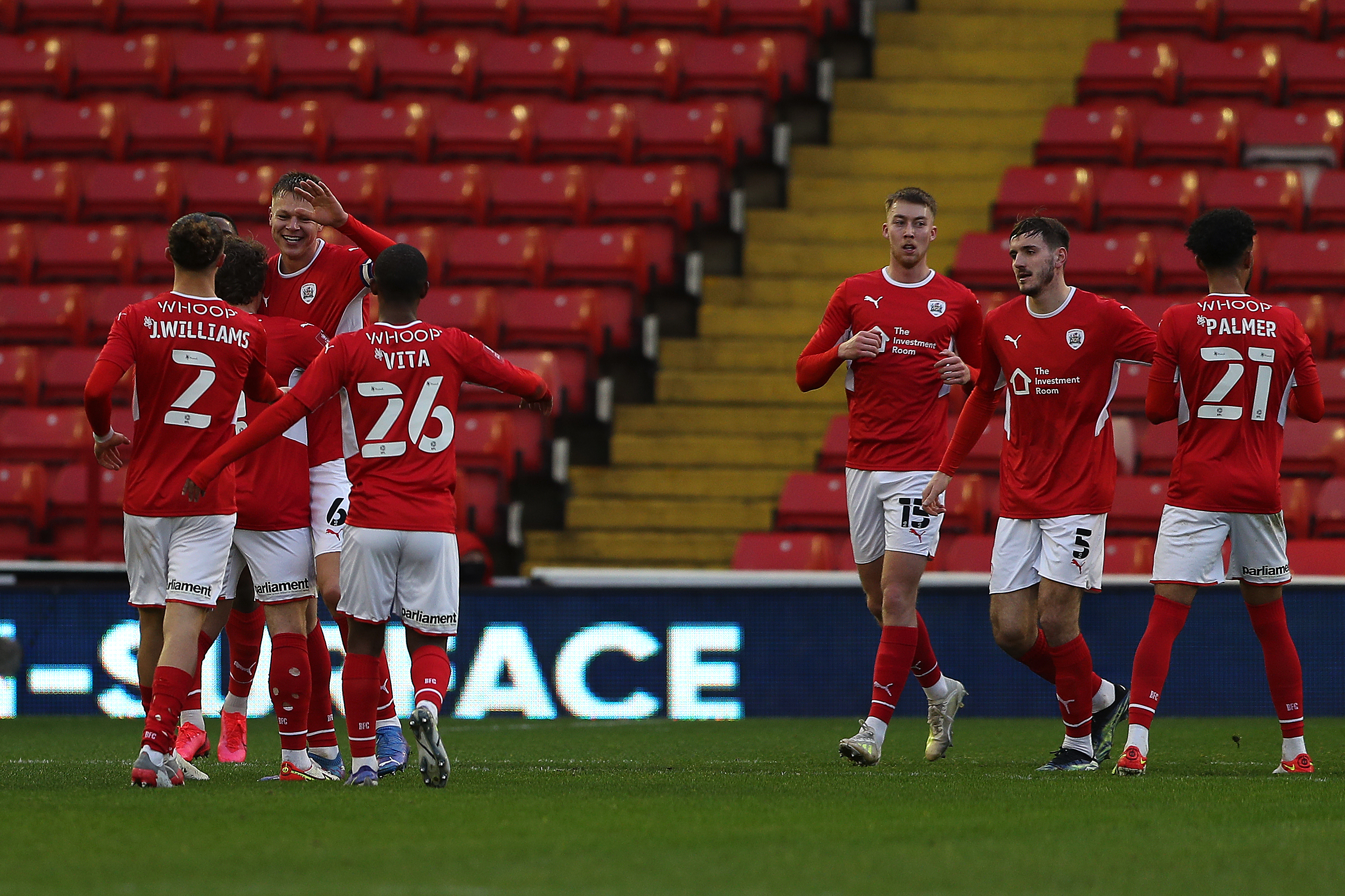 It was the grudge match of the season at the Riverside. There hasn't historically been bad blood between Middlesbrough and Derby, but the two fanbases had certainly been getting a little snarky with one another over the recent times. I think the reason for the tense relations between the two clubs has been well documented, so it was with great relief when we heard leading up to the game that an 'accord' had been reached. Who knows exactly what the fine details of the confidential agreement exactly are, but it meant we could all focus on matters on the pitch.

Those matters on the pitch were very much taken care of by Middlesbrough and in particular their right wing-back Isaiah Jones. Boro have been playing well lately, but struggling a little to maximise chance conversion. This was no such problem at the weekend and it was Jones who served up all the ammo in a dominant first half down the Riverside right. For goal number one his cross was put into his own net by makeshift centre-back Lee Buchanan, Jones won't get an assist as it was an own goal but we all know the truth. Goal two saw Jones dribble and feed Aaron Connolly who turned and fired home via a deflection, then with the Derby left hand side completely on toast he set up a tap-in for Matt Crooks.

Hopefully all the arguing can be put to bed now and both clubs can go about their business for the remainder of the season. Boro will be looking at a top six finish as a minimum and Derby will be hoping to announce a new buyer and continue their battle to survive in spite of a 21 point deduction. If this rivalry has already come and gone then Isaiah Jones can certainly take the plaudits for turning off the lights and shutting the door on it. 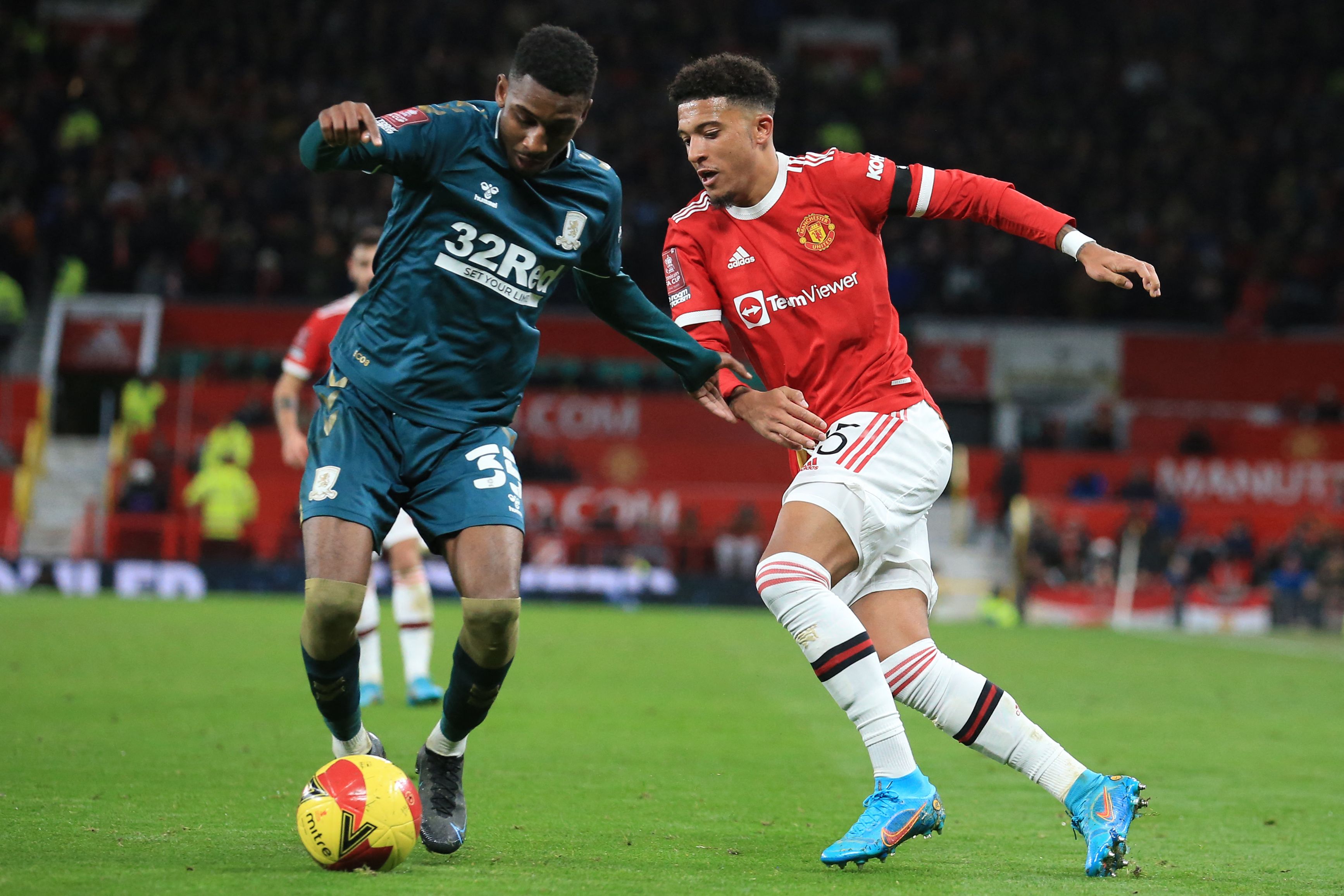 I have the distinct pleasure of monitoring the ebbs and flows of every Saturday afternoon in the Championship on YouTube at The Benjamin Bloom Football Channel. Obviously things are all set in stone when the final whistle blows around 5pm but sometimes it feels we go a really indirect way to get to our destination.

The weekend at the top of the table started off with Huddersfield and Sheffield United drawing 0-0 in the early kick off, a result that kept those two clubs four points apart and allowed ground to be made on both. A couple of places higher and Bournemouth seemed to be opening the door for everyone else, first Dominic Solanke missed a penalty and then they went behind to a tremendous goal from Blackpool's Josh Bowler. Fulham were first to step through the door as the unstoppable Aleksandar Mitrovic put them in front at Hull. At that point Fulham were nine points clear of Bournemouth and if QPR could just get in front at lowly Barnsley they would draw level on points with the Cherries.

There would be three goals remaining in the automatic promotion picture. First the unthinkable happened, Barnsley took the lead. This meant Fulham were winning and both Bournemouth and QPR were losing, full steam ahead on the Cottager's promotion train. But Bournemouth weren't done, first they equalised through Jamal Lowe and then Siriki Dembele grabbed a stoppage time winner. The afternoon had hinted towards Fulham being clear and the chasers all tied up together, but ended with a six point gap between Bournemouth in second and QPR in fourth. We'll see what Blackburn can do with a Valentine's night trip to West Brom, but could we be moving back to a two horse race again up at the top? 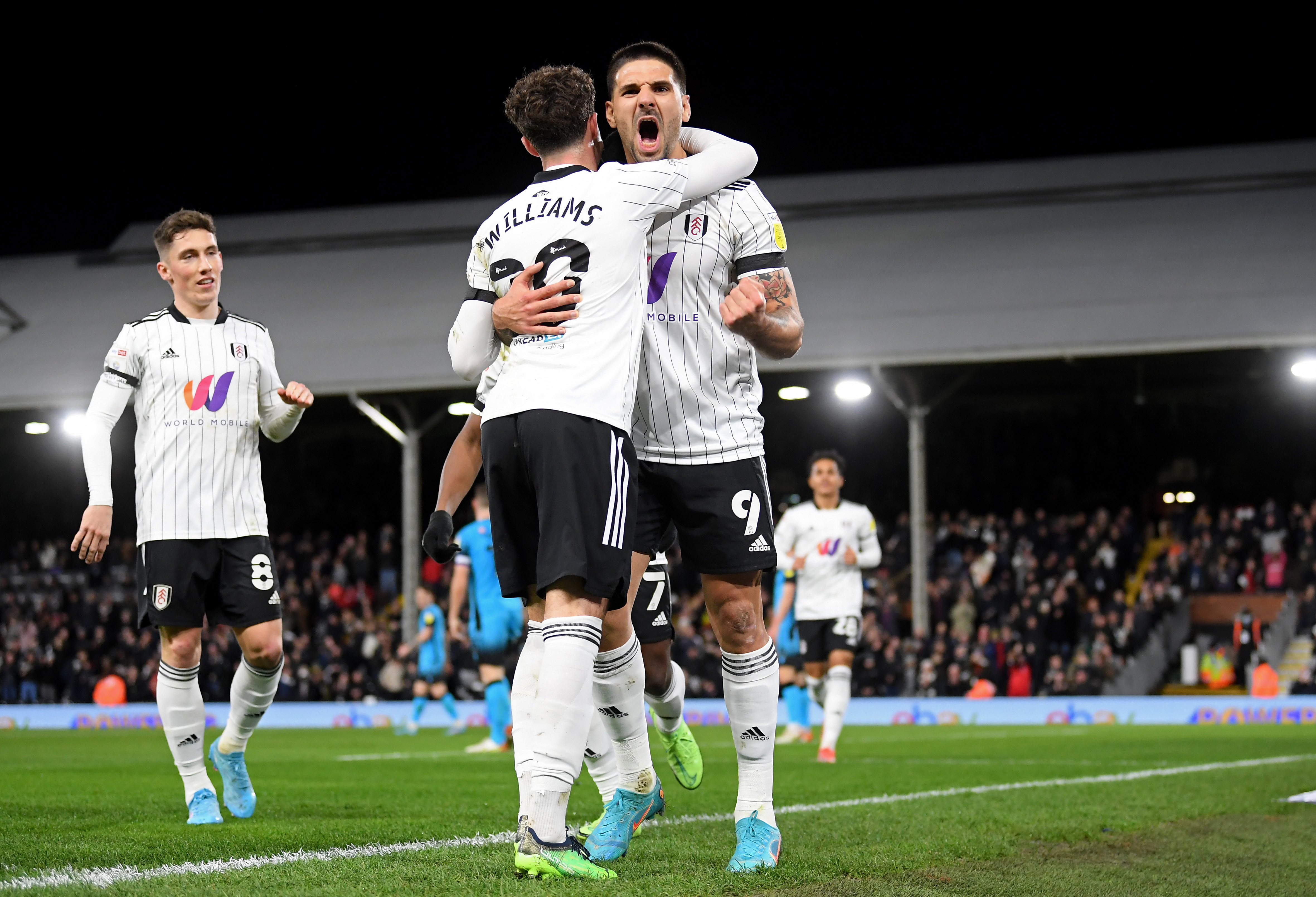 Since I've been writing this column I've got pretty au fait with the Championship loan market and which clubs from the Premier League seem to be driving it. For some reason Brighton stands out even above the elite at the top, although that may be my perception rather than the reality of the situation. One club certainly having a big say on the Championship right now would be Aston Villa, who have five players currently on loan in the division.

There's the experienced duo of Connor Hourihane and Jed Steer at Sheffield United and Luton, as well as Kienan Davis at Forest and last week's case study Jaden Philogene-Bidace at Stoke. Those last two are having a good impact at their clubs but perhaps none of them can top Cameron Archer and the role he's currently playing on loan at Preston North End. The 20 year-old had the perfect start for North End coming off the bench to score on his debut at West Brom and has since scored the only goal in two away wins. The first came in the win at Hull and the second this weekend at Peterborough.

Preston have been improving under Ryan Lowe and Archer is yet to taste defeat with North End by virtue of their current six game undefeated streak. Archer is now weighing in with Emil Riis in terms of regular contributions at the top end of the pitch, with the Villa man able to provide another string to Preston's bow as they try to cement themselves once again in the top half of the table. 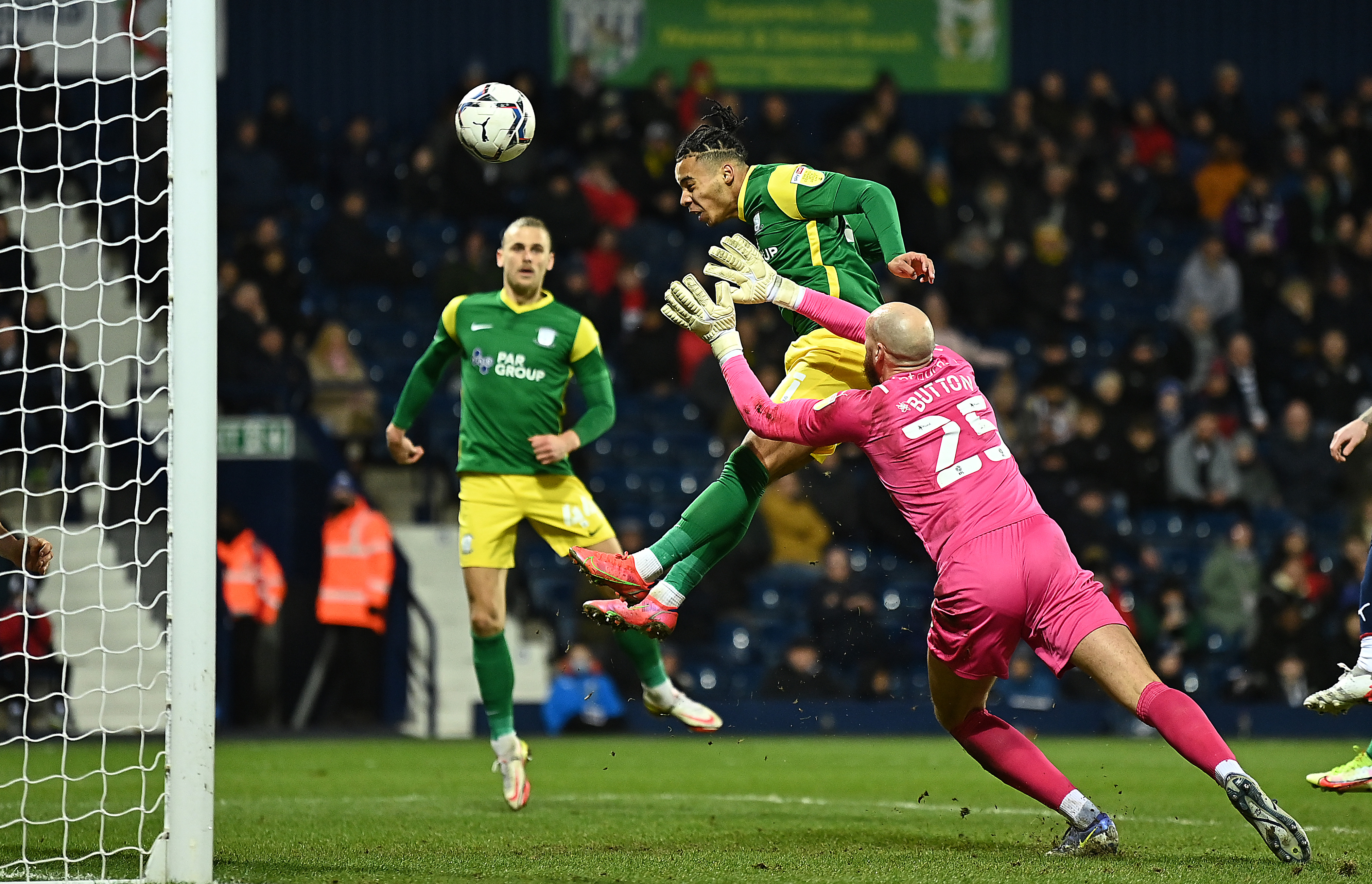