Tuchel and new Chelsea board disagree over squad clearout plans

Boehly backing Tuchel as Chelsea go for Dembele AND Sterling

Mane camp hit out at claims he quit Liverpool over money

Right now Liverpool, Villarreal, Real Madrid and Manchester City are the four teams left, and in a few days that number would drop to two as the second leg of the semi-finals are played on the 3rd and 4th of May respectively.

On that note, let's take a look at Villarreal's crushing defeat to Liverpool and the heated matchup between City and Madrid.

Villareal's defence was put through fire and brimstone by Liverpool in the first leg of their semi-final encounter.

The first half of the game saw VIllarreal withstand a barrage of attacks without conceding a single goal - however, Liverpool finally unlocked their defence in the second half in the 53rd minute when a cross from Jordan Henderson was deflected by Ecuadorian left-back Pervis Estupian.

Now in control of the tie, Liverpool scored another goal two minutes later through the efforts of Sadio Mane. 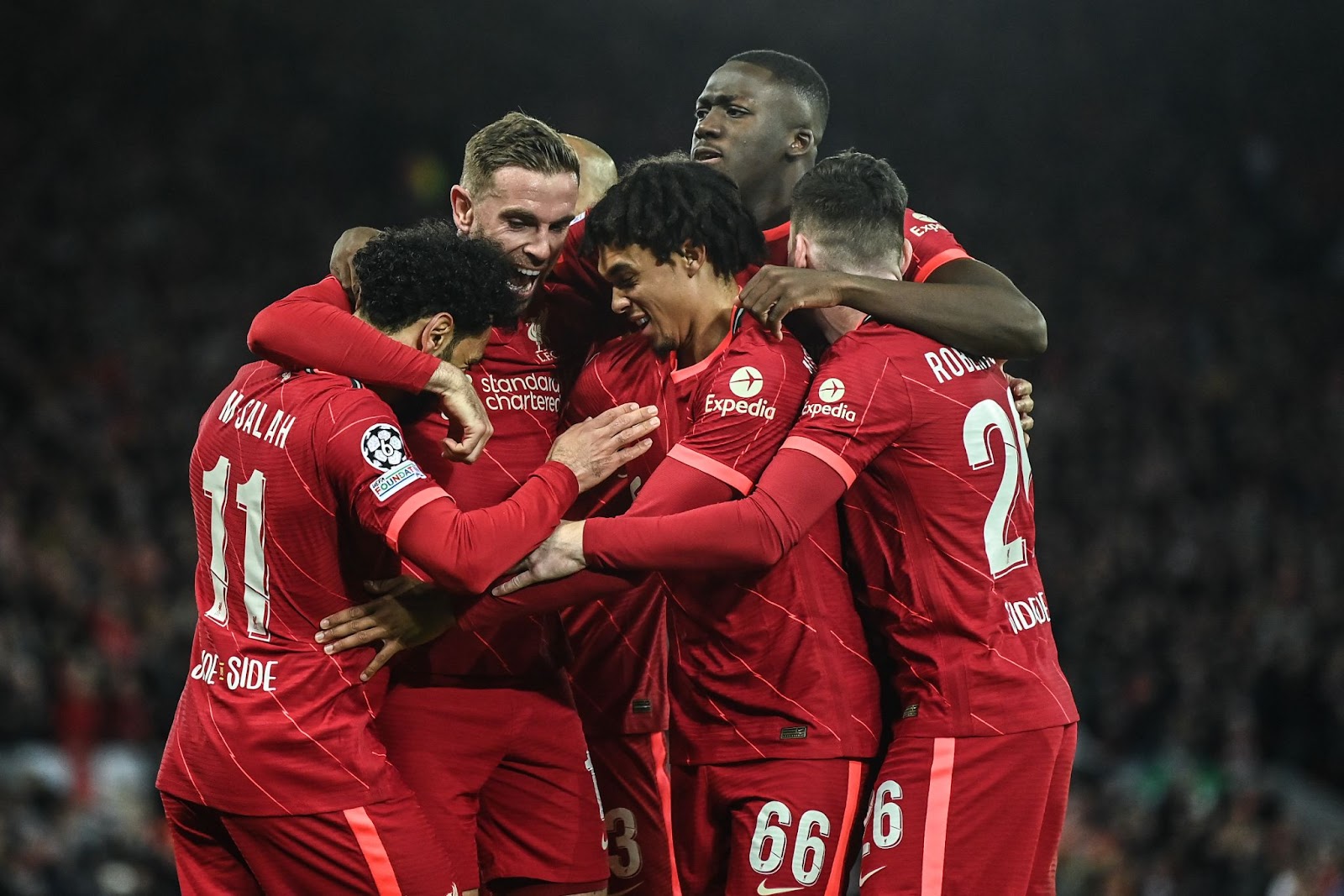 Despite their dominant win against Villarreal, pundits and Liverpool fans alike have one question on their lips - can Liverpool break Villareal's 12 game unbeaten run?

You see, as it stands, the Yellow Submarines are unbeaten in their last 12 games at the Estadio de la Ceramica - and while Liverpool seem poised to waltz into the finals - there's a chance, albeit small, that Villarreal could pull off an upset at home and spoil Liverpool's party.

With that said, though, Liverpool are on a five game winning streak hence Jurgen Klopp and his men will be confident in their visit to Spain despite Villarreal's form.

We expect Villarreal to opt for a very attacking of play against Liverpool which should lead to a relatively high-scoring game. 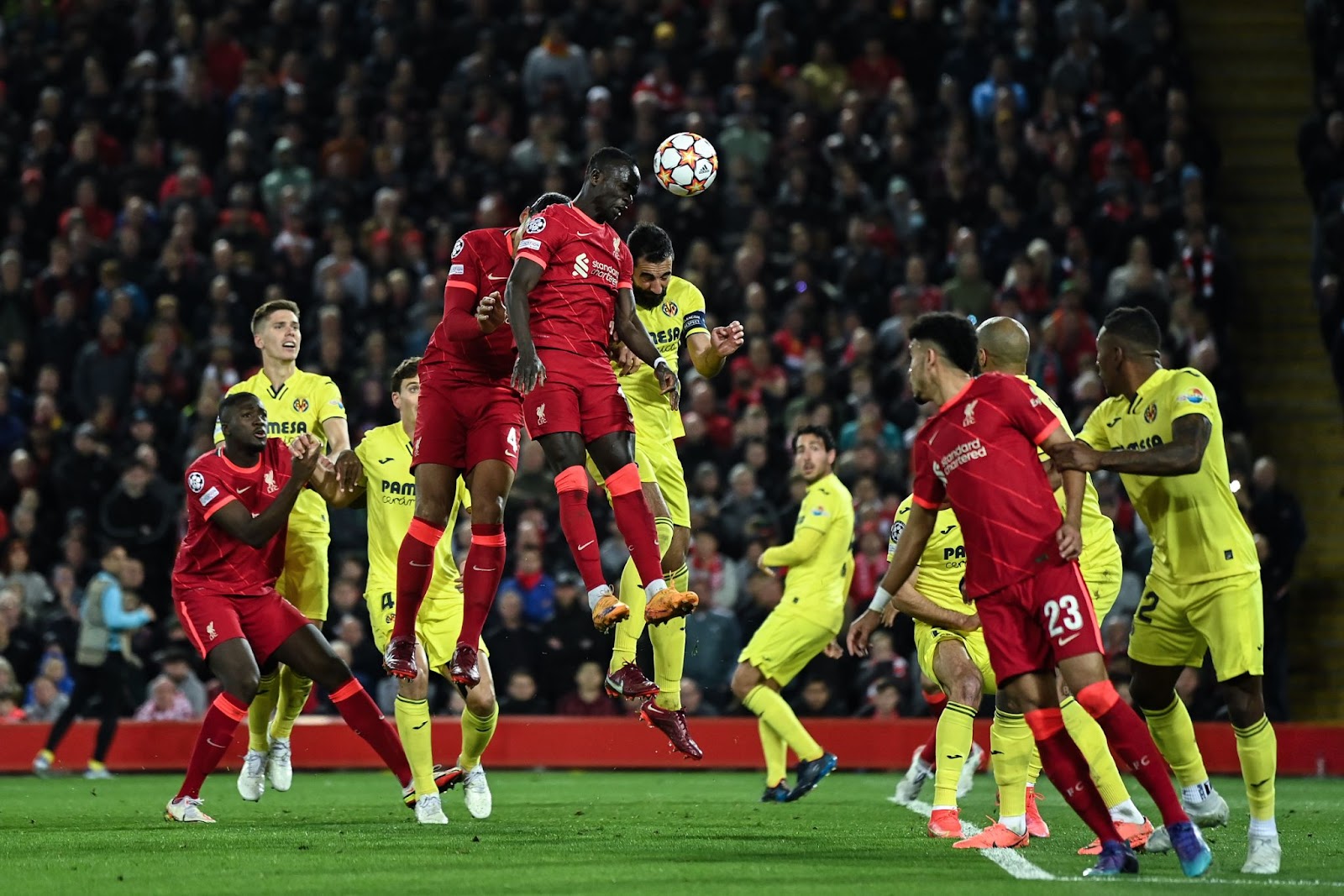 Mane flying above the 'Yellow Wall'

Both sides brought their A-game in terms of goals, but Man City proved to be too much for Madrid to handle as Guardiola's men nicked a 4-3 win in what turned out to be a tightly-contested tie between two of Europe's most dominant clubs.

Kevin De Bruyne kicked off the goal scoring frenzy before Gabriel Jesus put the ball past Thibaut Courtois for Liverpool's second goal of the game. 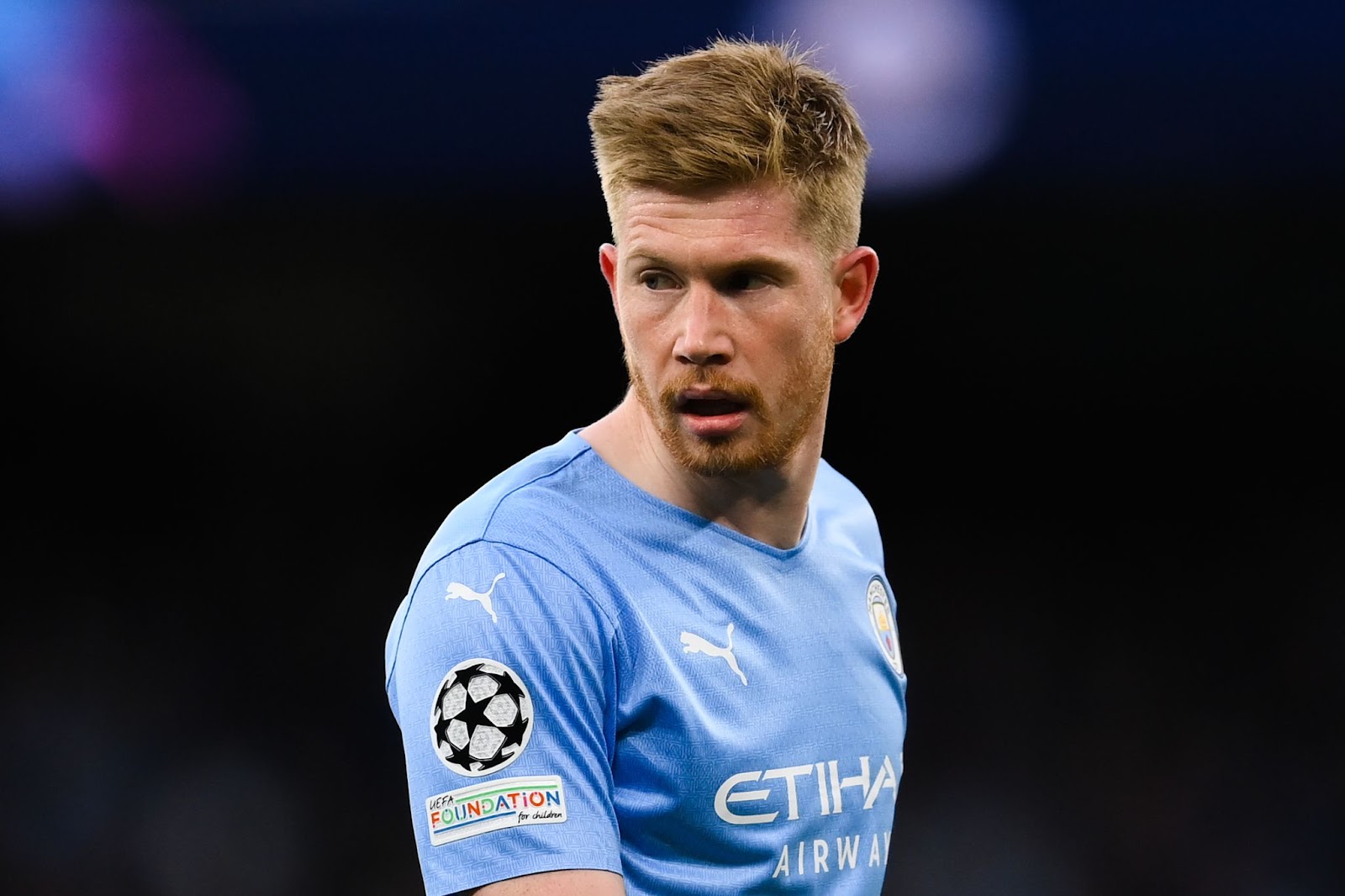 De Bruyne was excellent in the first leg

Two more goals from City by Silva and Phil Foden hit Madrid, but they replied with two goals of their own from Benzema and Vinicius Junior.

The game was set at 4-2 but Benzema stepped up to take a penalty after the ball grazed Aymeric Laporte's.

The in-form French maestro drove a panenka into the back of the net to cut down Guardiola's lead.

While Man City have the advantage going into the second-leg, they are likely to approach the second-leg cautiously due to the fact that Real Madrid still have every chance of making a comeback.

Real Madrid have failed to score at home in their last few Champions League games but we cannot write them off as they are full of confidence after lifting the La Liga title over the weekend, and they know City's slim lead is not enough to guarantee them a victory in the second-leg.

We expect another high scoring game with both sides looking to gain the advantage as quickly as possible - but this time we believe a 2-2 draw would be the most likely outcome. 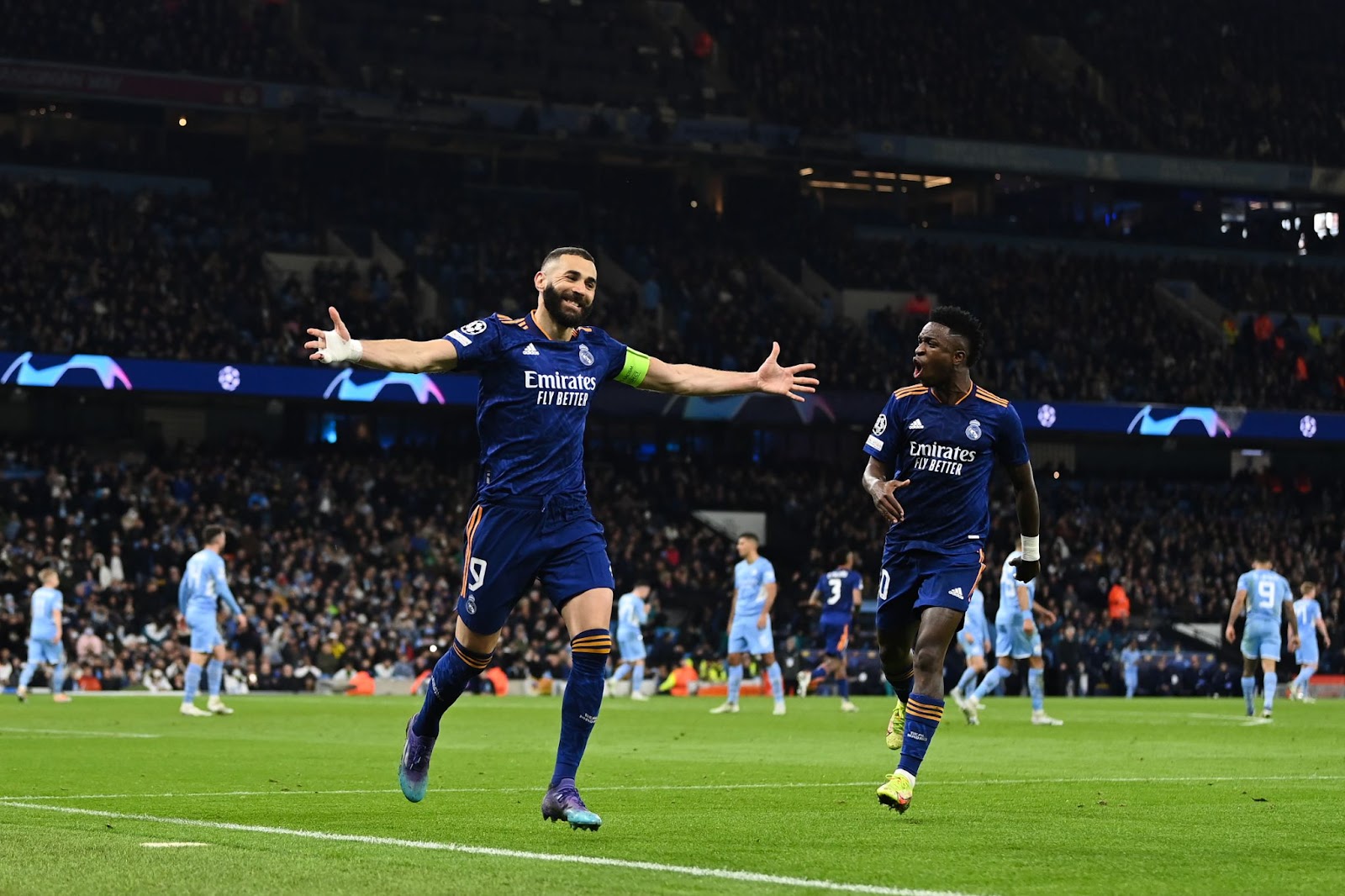 Can Benzema produce some magic to help Real progress?