City now have 8 successive home victories against Bundesliga teams and whilst Leipzig played some neat football they lacked the quality to take full advantage of some casual City defending.

The game started off low key and City boss Pep Guardiola could be seen urging his team to show more urgency. A Jack Grealish corner after 26 minutes answered the call as Nathan Ake rose highest to head powerfully towards goal and whilst keeper Peter Gulacsi got his hands to the ball he could only help it into the roof of the net.

The Germans are struggling in the league this season and their cause was not helped when Nordi Mukiele headed pasthis own keeper from Kevin De Bruyne's whipped cross.

But credit Leipzig for still continuing to attack in numbers and they were rewarded just before the break after some sustained pressure as City failed to clear their lines. Another header, this time from Christopher Nkunku, reduced the deficit to the delight of the small contingent of away fans.

But almost immediately City were awarded a VAR penalty after Lukas Klostermann handled and Riyad Mahrez easily converted from 12 yards.

Six minutes after the break and Leipzig stunned the hosts with another free header for Nkunku. But City quickly responded as Grealish weaved into the penalty area and blasted home to restore the two goal advantage on his Champions League debut. 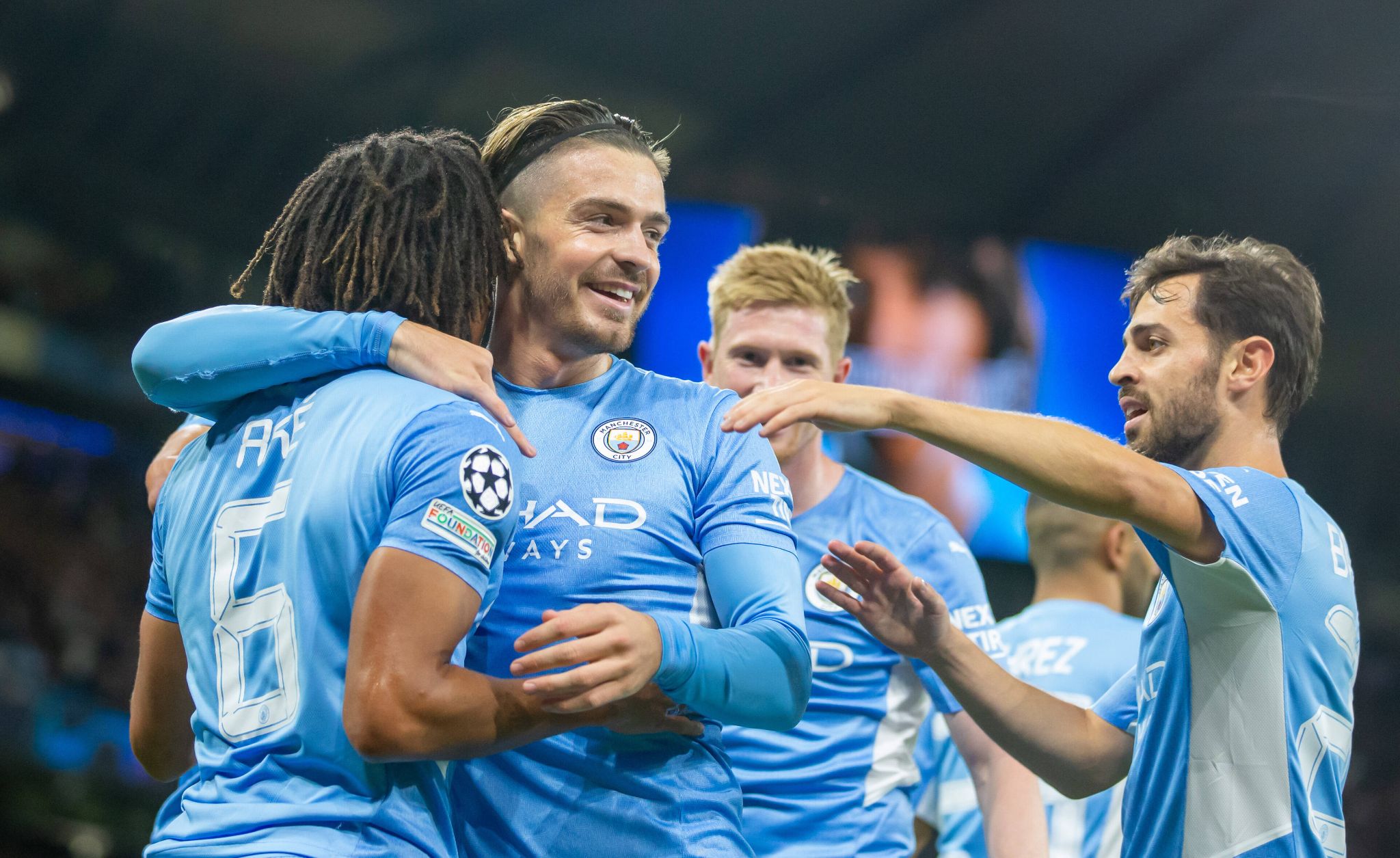 VAR then came to the German's rescue as Ferran Torres was marginally offside before he rounded the keeper to score.

But City again were exposed defensively on 73 minutes as Nkunku was allowed space to complete his hat-trick. Again nerves were settled almost immediately as Joao Cancelo fired number five from 20 yards.

The goal fest was complete when substitute Gabriel Jesus added a sixth from close range.

In last season's Champions League campaign City kept five clean sheets conceding only one goal and with PSG next up Guardiola will hope to organise his defence for that clash.