COMMENT: For Cesar Azpilicueta. For club and country. It's been one of those weeks. Landmarks here. Achievements there. And all done in typically low-key fashion...

Just days after leading a 10-man Chelsea team to a crucial score-draw at Liverpool, Azpilicueta was wearing the captain's armband for a struggling Spain in their critical victory against Georgia. The trip to Anfield marked 300 Premier League games for Chelsea's skipper. The World Cup qualifier in Georgia his first as La Roja captain. It was noted. It was reported. But there was no great fanfare. No rash of publicity around these achievements.

For Azpi. For those around him. That just isn't their way. Sure, he presents well. He'll speak openly and honestly when pressed. But the bluster around the game isn't for him. It's about action. Deeds. An approach that has served Chelsea as well as any captain in the club's history.

"He lives his role," says his club manager, Thomas Tuchel. "He is maybe not the leader that you would sometimes expect from outside or in general that we as people expect leaders to be - loud and extroverted. He is not this.

"He is very emotional but he is calm, he leads by example."

And that's the key, "by example". By deed. The sort of method that won over Luis Enrique and his Spain coaching staff this summer. A Premier and Champions League title winner with Chelsea, Azpi was no certainty for this summer's Euro 2020 squad. He certainly was no guarantee for a starting place in Enrique's line-up. But he forced his way in. Not by a media campaign. Nor any special relationship with his coach. It was all achieved on the training pitch. 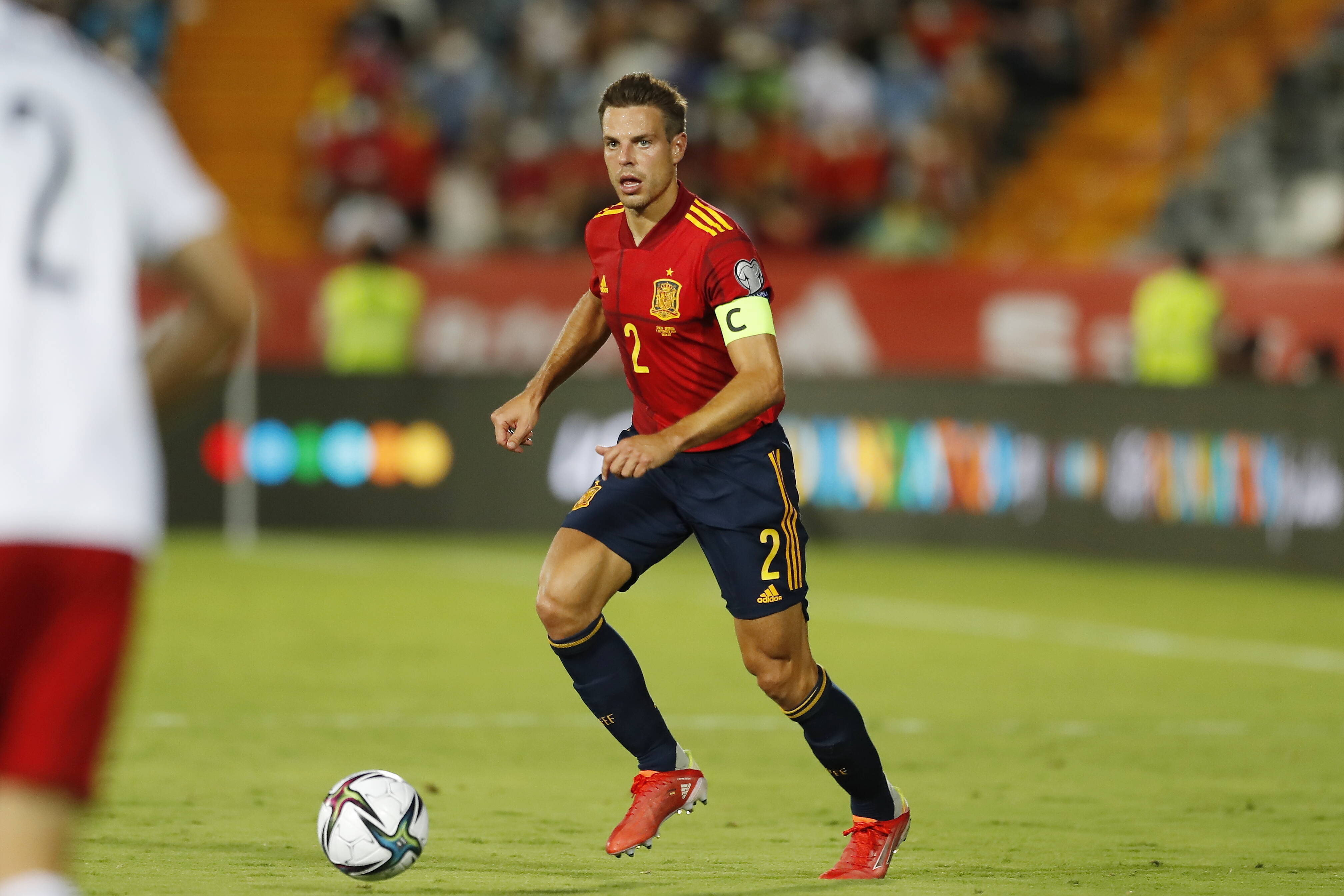 Azpilicueta with the Spain captain's armband against Georgia

Determination. Desperation. The attitude shown by Azpi forced Enrique to take notice. The Blues defender not only forcing his way into Spain's XI, but also scoring against Croatia. A first goal for his country, achieved at 31 years of age - making him Spain's oldest goalscorer. Not bad for a player who hadn't been considered for his country since 2018. A couple of months later, from a pre-Euros afterthought, he was wearing the captain's armband in Georgia.

And it was achieved through sheer effort. Just consider the video below from Spain training this past week. A routine drill turned exceptional by the intensity of Azpi. This is what won over Enrique. And it's why his managers value him so highly.

Enrique Martin, the former Osasuna player and coach, scouted and signed Azpi as a young player for the Pamplona club. They remain in touch today. For Martin, there's no surprise seeing Azpi's "quiet leadership" now being recognised.

"He never gives himself importance," says Martin, who has had three separate spells as Osasuna coach. "If tomorrow they order him to play with the Chelsea youth team, he will do so with as much enthusiasm as with the first team. It is difficult to find a footballer of that level with such humility.

"He is always positive, wanting to add, to help, to lend a hand. And that for a dressing room is gold, especially when he is the captain."

Indeed, it is "gold". Especially for Chelsea. To have a captain as such an example must do wonders for the culture now coursing through the training pitches at Cobham. No frills. No PR. Just hard work, attitude and a commitment to the cause. Is it any wonder Tuchel is so effusive when it comes to his skipper...?

"He is not giving speeches every day," says the German. "When you put him in every single exercise, you know what the level is up to.

"He is a fantastic captain, a great player and just a really good guy too."

Again, it's an approach that has not only served Azpilicueta well in his career, but also those whom see him day-in, day-out at the Cobham complex. With Spain over the summer, it was this attitude which helped Azpi convinced Enrique to give him his chance. With Chelsea, over these two years with the armband, the club - at it's very apex - has a man every player, from the seniors right through to the Under-8's, as one to study, follow and look up to. On matchday. In training. Azpilicueta personifies what a Chelsea player should be. A pro's pro. A fans' player. Dare we say it...? Captain. Leader. Legend?

Well, that's for the Blues support to decide. But after the past week. As the landmarks and achievements begin stacking up. The appreciation is only going to increase. Even if Chelsea's low-key captain is happier to duck it all.