Sevilla FC's unrivalled success in the transfer market over the last two decades has made them a model for other clubs throughout European football, with sporting triumphs accompanying business profit through Monchi's two spells as the LaLiga club's peerless sporting director.

Ten of the 14 senior club trophies won through Sevilla's history have come since the year 2000, a spell which coincides with the time that the club's former back-up goalkeeper Ramon 'Monchi' Rodriguez Verdejo has been working the transfer market better than anybody else. Such an outcome was not widely foreseen when Cadiz-born Monchi was appointed to Sevilla's sporting director role shortly after he had retired from an unremarkable career spent mostly as a back-up goalkeeper at the Ramon Sanchez-Pizjuan through the 1990s.

Despite the club's difficult economic situation, and not having much experience or knowledge of what the role entailed, Monchi was tasked with overhauling a squad which had recently suffered relegation to LaLiga SmartBank. The team bounced straight back up, though, and have since gone from strength to strength, with the club's off-pitch financial position consolidated over the years too. In just twenty years, the club has gone from almost being forced to sell the stadium to pay off debts to one of the most stable and sustainable clubs in European football, pushing for the LaLiga Santander title every season.

Key to this was the implementation of an innovative and extensive scouting system capable of identifying and secure emerging talents in South America, with Dani Alves, Julio Baptista and Adriano among the first cut-price arrivals in the early 2000s. Monchi also excelled at spotting talented players struggling to reach their potential at other European clubs; look no further than Frederic Kanoute taken from Tottenham in 2005 or Seydou Keita from Lens two years later, for example, who became icons at the club. This business acumen was accompanied by on the pitch success as the team won back-to-back UEFA cups in 2006 and 2007, and the 2007 Copa del Rey. 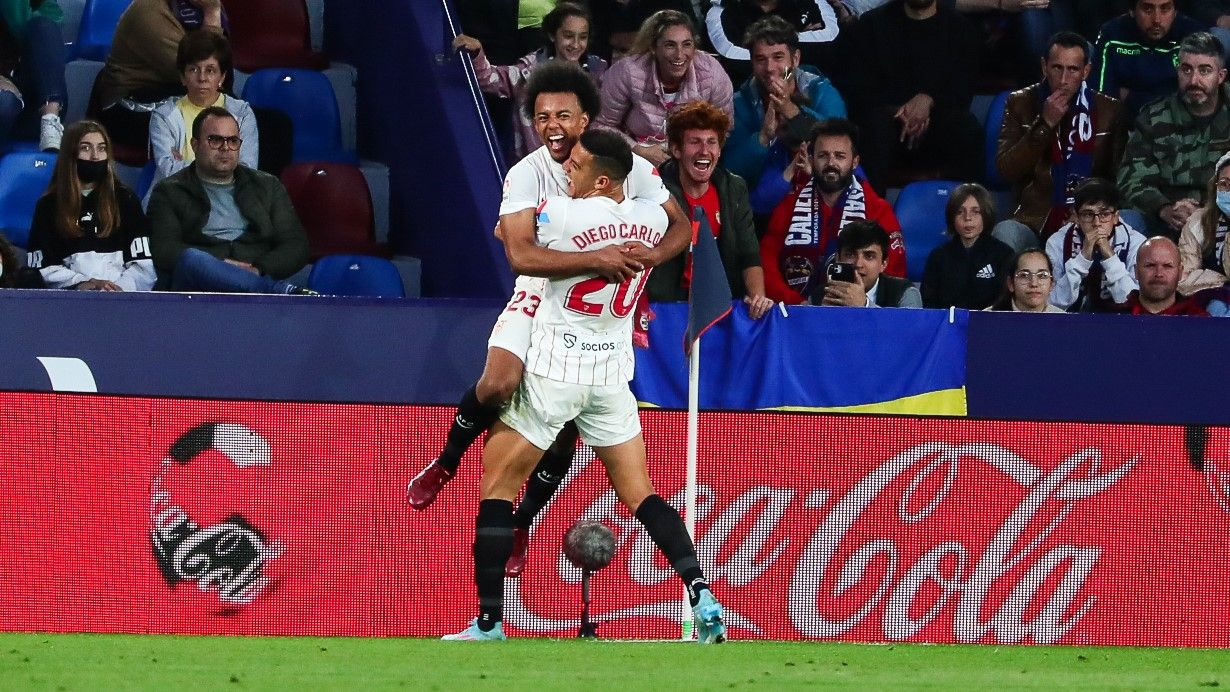 Bigger, richer clubs inevitably came to take away Sevilla's outstanding performers. Real Madrid took Baptista; Barcelona signed Dani Alves, Keita, and Adriano. The profits were then recycled back into signing the next crop of emerging talents, such as Geoffrey Kondogbia from Lens in 2009 and Ivan Rakitic from Schalke in 2010. Bargains were also picked up from other LaLiga clubs, such as Alvaro Negredo from Real Madrid's youth system in 2009 and Ever Banega from Valencia in 2014.

Of course, not every transfer over the years was a complete success, but Monchi got the vast majority of the big decisions right. Competitive teams were regularly built and subsequently rebuilt as Sevilla generally made a profit each summer without weakening the squad's overall strength. The crowning jewel was the unprecedented three successive Europa League victories for Sevilla from 2014 to 2016 – with stars Kevin Gameiro, Carlos Bacca and Pablo Sarabia all having been bargain buys – and another record-breaking Europa League title in 2020.

This brought renown for Monchi as the eminent sporting director in LaLiga, and for Sevilla across European football. He had two years away at Serie A club Roma from 2017 to 2019, before returning to build a new team in the Andalusian capital. Summer 2019 was busier than ever, with 43 players either coming or going at Sevilla, and quality arrivals including undervalued talents like Lucas Ocampos, Diego Carlos, Joan Jordan, and Jules Koundé.

In 2020 Sevilla FC won yet another Europa League, and many of Europe's biggest teams came knocking once again for their players. Koundé signed for FC Barcelona this summer and Diego Carlos headed for England, bringing in yet more money to the club's coffers and with which, with Monchi at the helm, the club can continue to regenerate and building a competitive side both in LaLiga Santander and in Europe.