Caught short? Why Chelsea squad management must be questioned over striker shortage

COMMENT: So has it all caught up to them? From worrying about how to shoehorn Timo Werner into his starting XI, Thomas Tuchel is now scratching around for anyone with a bit of goalscoring ability to lead Chelsea's line over the coming weeks...

It was always risky going into a campaign with just the two strikers given Chelsea's ambitions. And to be clear, that's strikers... not senior strikers. We'll get to that later...

Indeed, it was baffling given Tuchel's early season comments about the prospect of pairing Werner and Romelu Lukaku together in his attack. But that was Chelsea's approach as the market shut. A squad with the expectations of competing for six trophies - including the Super Cup and Club World Cup - would do so with just the two recognised forwards.

And it was a real one-two blow against Malmo on Wednesday night. Lukaku... a flagging, downbeat Lukaku... rolled his ankle before halftime. Then Werner, who had actually gone into the game boasting superior form to his Belgian rival, pulled up with a hamstring strain. From the welcome selection headache of keeping his two frontline forwards ticking over, Tuchel has now found himself bereft of both - and with no-one on standby to step in.

Of course, Tuchel's two senior backups are now long gone. Olivier Giroud, as his contract expired, walked out in June to sign with AC Milan. The Frenchman admitting just this week that playing second fiddle last season - and that was before Lukaku's arrival - had left him unimpressed: “I didn't understand why I couldn't have played a bigger part in our success. I was a little angry. But I didn't show it, because the most important thing is the team, the solidarity."

Then Tammy Abraham soon followed. Like Giroud, the England international became an afterthought under Tuchel and jumped ship for Jose Mourinho's Roma - despite some effort from his Chelsea manager to convince him to stay.

Was it just ambition? Giroud and Abraham, at very different stages of their career, still found common ground in choosing to quit Chelsea this season. Opportunity. Minutes. They just couldn't see it under Tuchel. Chelsea were a contender. Trophies were there to play for. Indeed it must be said, both strikers had a better chance of silverware by staying put rather than making the move to Italy. 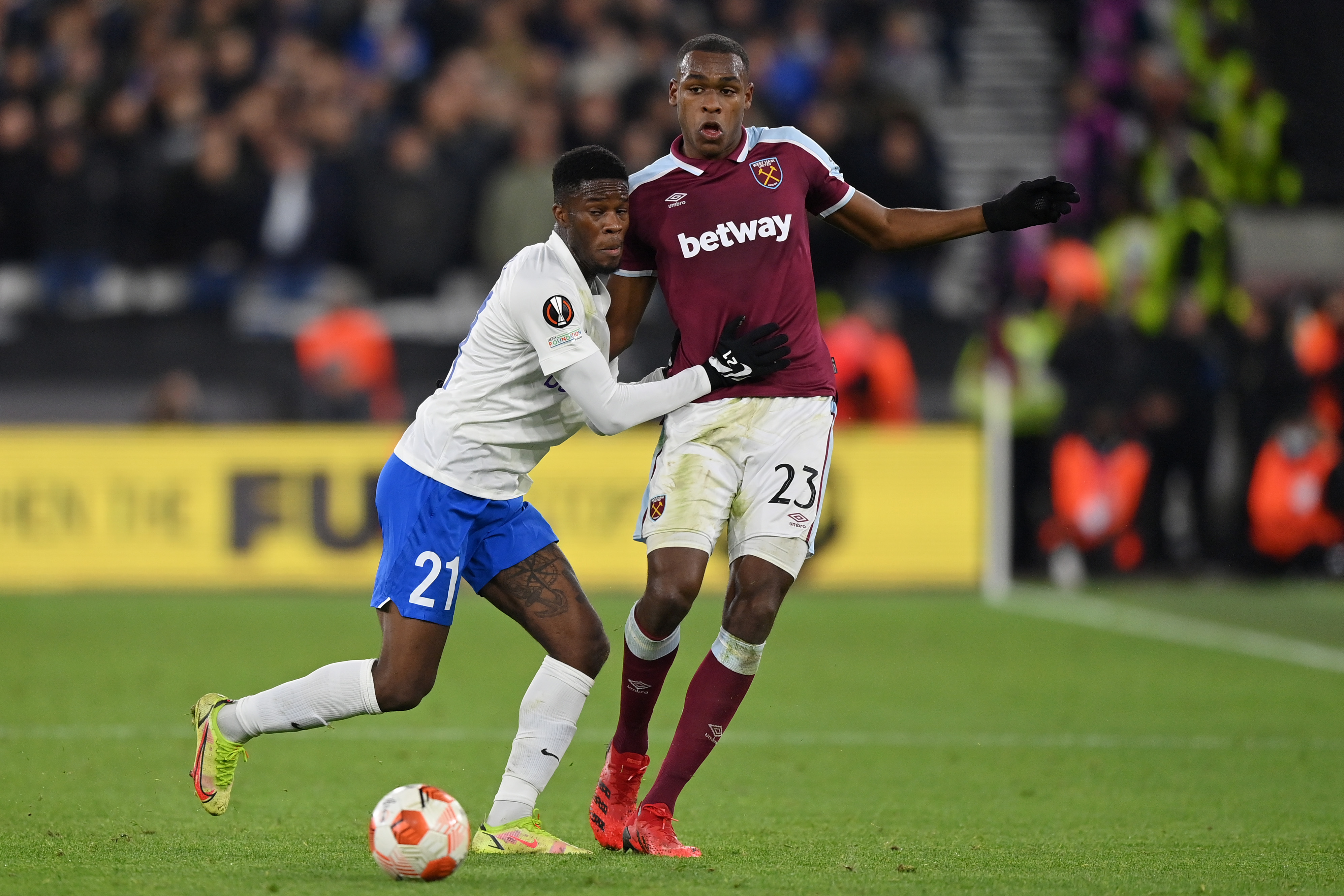 Ike Ugbo in action at West Ham on Thursday night

But that wasn't enough. They clearly couldn't be convinced. Again, was it simply ambition or a failure of management? Did Tuchel and his coaching staff do enough to assure either player of their value to the squad? That they'd get matches this season? Indeed, that they'd be judged on merit...?

It could just be the cycle of football. Both cases can be reasoned away. Giroud wanted regular action in the autumn years of his career. Abraham the same with a World Cup and his own progress and development at stake.

But what about those strikers at Chelsea just below senior level? Would Ike Ugbo, now a KRC Genk player, be pushing for a place in Tuchel's plans with Lukaku and Werner now sidelined? What about Michy Batshuayi, now away with Besiktas? And Armando Broja? Just off the mark at Southampton. Heavily involved in Chelsea's preseason, yet now leading the line at Saints. Did Blues management act too swiftly allowing the Albania international to make the move to St Mary's?

To be fair, Broja remains in the plans of Chelsea. He may be currently missed by Tuchel, but they haven't cut him loose completely. The loan arrangement with Southampton has no permanent option.

Which is in contrast to Tino Anjorin's deal at Lokomotiv Moscow. Again, like Broja, a player spoken highly of by Tuchel in preseason, but now essentially a former Blue. Anjorin's loan move including a clause to sign outright for €20m. And in Moscow, he's not let anyone down. In his first experience of senior football, Anjorin is settling in well. Embraced by the Loko fans, he already has a first goal for the club in the Europa League against Olympique Marseille. The 19 year-old quickly justifying the determination of Ralf Rangnick, Loko's sporting director, to bring him to the Russian capital.

Broja didn't fancy it. Particularly as a first entry into the senior game. But a video call from Rangnick soon had him packing his bags. The German had big plans for Broja and during their lengthy chat, declared he could see a lot of Kevin de Bruyne in him. Loko even brought out of retirement Dmitry Loskov's old No10 shirt to give to Broja. A presentation that Loskov was happy to be part of.

Rangnick laid on the charm. Loko the red carpet. And Broja, feeling valued and appreciated, placed his career in the Russians' hands. The young attacker becoming only the second Englishman to play in Russia's Premier League after David Bentley, the former Arsenal and Tottenham midfielder.

So that's six... a good half-dozen front players who could all be seeing action on Saturday against Norwich City. But none of them were convinced of their playing chances at Chelsea. As mentioned, the cases of Giroud and Abraham can be explained. Indeed, all of them - individually - can be reasoned away. But as a group. And when the squad is clearly short of attacking options. Something has gone wrong with Chelsea's squad management.

As European champions, even with this week's one-two blow, Tuchel shouldn't be scratching around for anyone with a bit of goalscoring ability to lead Chelsea's line.