Callum Hudson-Odoi & Chelsea future: Why pundits no longer champion his cause

COMMENT: Football. Media. And the pressure it generates. It's all... at least almost all... personality driven. Something which Callum Hudson-Odoi has learned this season at Chelsea...

A year ago. In the same situation - but with a different manager. Hudson-Odoi could rely on an army of pundits fighting his corner. Demanding he not only play, but start - and regularly. Maurizio Sarri, now a title winner in Italy with Juventus, was portrayed as a villain. Holding back England's bright new thing. Pushing him into the arms of Bayern Munich. Four starts in the Premier League was criminal, they said. Sarri was killing this kid.

Twelve months on and those four starts have been built upon. This term it's been all of... seven. And even if you take into consideration Achilles surgery blighting his season start, a fully fit Hudson-Odoi failed to start any of the games for Chelsea - both league and Cup - after the resumption. Yet, there was no outrage. No accusations. The manager, this time around, was allowed to not only state his case - but have it accepted by those paid for their opinion. Simply put, Maurizio Sarri is no Frank Lampard.

Now this isn't a knock on the current Chelsea manager. But we are talking extremes here. From Sarri 'destroying' a kid's confidence to Lampard being granted understanding and acceptance over how he manages such a talent.

A year on from Sarri and it can be argued that Hudson-Odoi should be a better player. He should be more equipped for the demands of regular first team football. And under an English manager, surely the needs of the national team would also weigh heavily in Hudson-Odoi's favour?

But this past season, Hudson-Odoi has become an afterthought. There's no great debate about Lampard's treatment of him. No demands that he be starting games. Instead, Lampard has been allowed to state his case. Explain why his young winger has been barely seen. And publicly challenge the player to meet his demands. All with next-to-no push back.

Sarri, of course, wasn't granted such leeway. But perhaps what he saw on the Cobham training pitch is the same that has confronted Lampard this season? Perhaps it was never the Italian who was doing wrong by the player, but that the publicity and reputation of an eighteen year-old Hudson-Odoi had become overblown and inflated? 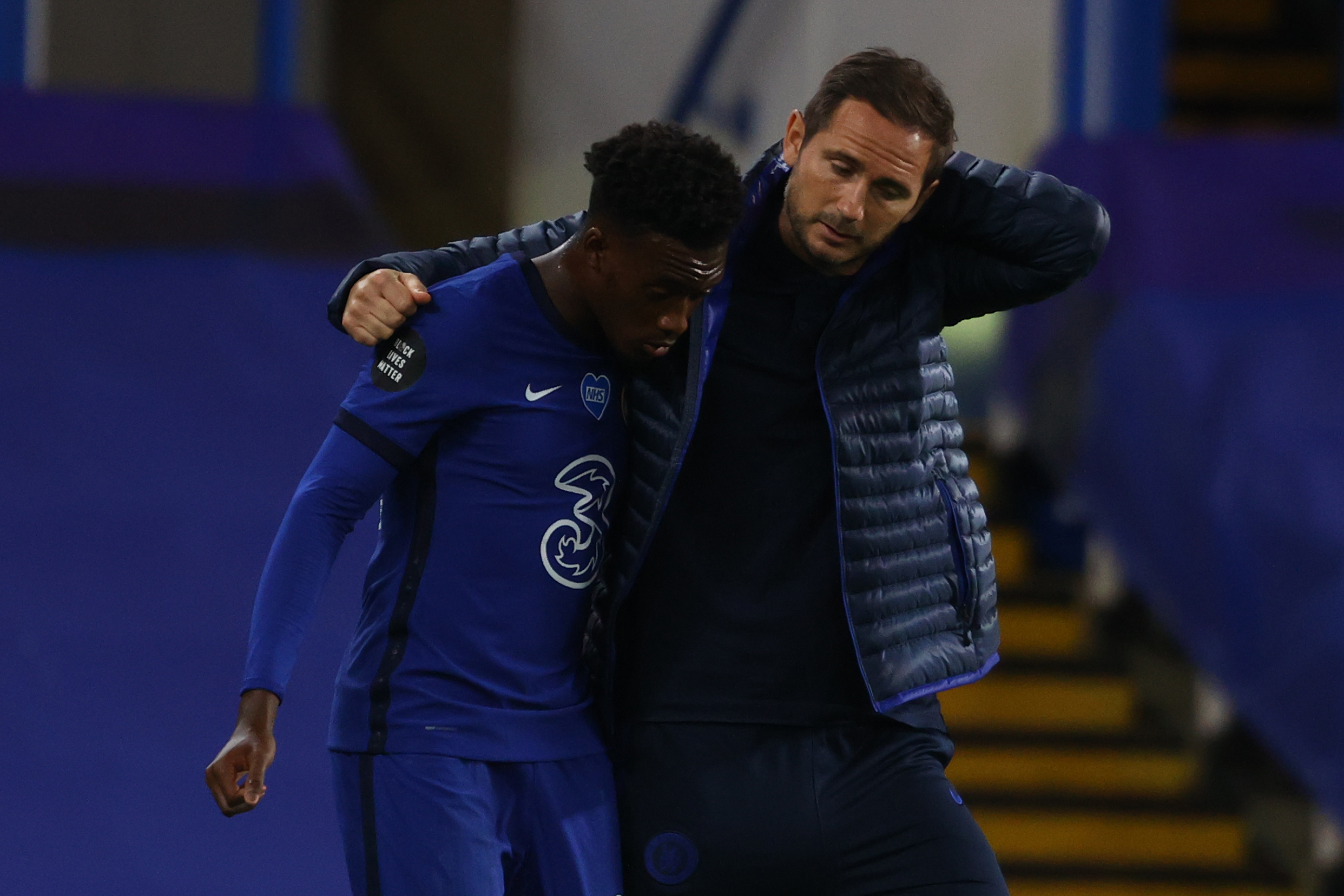 Again, this is no knock on Hudson-Odoi. His talent, the potential he possesses, it's enormous. But the frenzy around him last season became ridiculous, with Sarri bearing the brunt of it. That Lampard has been allowed to manage things his way, without anywhere near the same reaction, is proof enough that what Sarri copped was unfair.

So now Hudson-Odoi has it all to do. There'll be no selection push from the media. No cartoonish good vs bad; manager vs player portrayals. If he wants to be more than a supersub next season, Hudson-Odoi is going to have to win over Lampard by upping his work on the training pitch.

And breaking into that starting XI has just become all the more difficult. Christian Pulisic has shot out ahead of Hudson-Odoi in Lampard's thoughts. Hakim Ziyech, newly arrived from Ajax, operates best off a flank. And with negotiations well advanced over Kai Havertz leaving Bayer Leverkusen, the idea the Germany international won't be given a chance to establish himself in his favoured attacking midfield role just won't wash. Even the club's new goalscorer, Timo Werner, can operate wide left when needed.

Pedro and Willian may be leaving, but Lampard already has his replacements. Players he personally chose. Ones to build a new team around. And whom arrive carrying huge price-tags. Price-tags that guarantee time to establish themselves as first-choice starters.

But for Hudson-Odoi, it's not all lost. Far from it. Lampard has shown this season he'll select his team on merit. And he knows - and believes in - the potential of Hudson-Odoi. Indeed, the message Lampard has sent Hudson-Odoi with his market moves can be interpreted as a motivational one. And not only for Chelsea's No20, but for any of his peers.

We've used this quote before, but it still rings loud and true today. There'll be nothing Hudson-Odoi can do to win over his manager more than to show a willingness to fight as Lampard did as a young player 20 years ago.

"It made me stand up and take notice and prove that I am better than them. No player is the same. But what is the same is that you need to be competitive."

A mantra the majority of Lampard's peers now in the media would agree with. And one Hudson-Odoi must now embrace.

Of course, if this quote came from the thoughts of Sarri, it'd be a whole different situation. But Hudson-Odoi can't rely on such things anymore. Opinion around him - and the personalities - have long since changed.