Breaking down Aston Villa transformation: How Dean Smith did it

Aston Villa have created more chances than any other team in the Premier League this season. They have conceded the second fewest goals, behind Manchester City. They have the same points-per-game ratio as Chelsea. Win their two games in hand, and Villa go three points off the leaders Liverpool – the team they beat 7-2 at Villa Park earlier this season.

Remarkably, the league table actually does Villa a disservice. They have out-performed almost every club they have faced this season, losing to Brighton and West Ham despite dominating those games. They created more chances than Southampton in a 4-3 defeat, and according to understat.com have won 1.65 points fewer than they should have based on xG results across the season.

Dean Smith kept Villa up on the final day of last season by winning eight points from the final four games. Just four months later, they are one of the most competent, consistent, and entertaining teams in the division.

He has surely been the Premier League's best manager across 2020 and Villa, this season, the division's biggest overachievers. It is difficult to understand why Aston Villa are not getting the credit they deserve; why more is not said of the incredible turnaround from dead-and-buried in March to European hopefuls in December.

Here's how they did it.

Smith was far too naïve in the first two-thirds of last season. Having got Villa promoted with expansive attacking football he continued to prioritise a possession style with a gung-ho commitment of full-backs and midfielders – only without the quality to survive at the top level. Losing 4-0 to Leicester City in their final game before the March lockdown, Villa looked certain to return to the Championship.

Showing the humility to adapt, learn, and grow is the sign of an excellent manager, and that is exactly what Smith did during a soul-searching lockdown. Aston Villa came back tactically transformed, abandoning the possession system in favour of a tight defence and a deep line, moving from Pep Guardiola to Tony Pulis in the blink of an eye.

Performance gradually improved, culminating in a resolute 1-0 victory over Arsenal at Villa Park in which the hosts held 31% possession and took just eight shots on goal. A consistent centre-back partnership of Ezri Konsa and Tyrone Mings was the key, with John McGinn's return from injury also a major boost.

Rarely do Premier League clubs enjoy a hit rate of five out of five in a summer transfer market, but that seems to be the case with Villa's summer recruitment – and it has led to a shift back towards the progressive, possession football for which Smith earned his reputation. As a consequence Villa, almost uniquely in the Premier League, have two distinct styles of play they can alternate between.

For games like the 3-0 win over Arsenal or 7-2 against Liverpool, Villa redeployed the deep-lying defence and counter-attacking strategy of last season's great escape, while for the wins against Leicester City, Fulham, and West Brom they played with an attacking intent made possible by astute summer signings.

Ollie Watkins has transformed Villa's front line, offering hold-up play, runs in behind, and a lethal touch inside the penalty area that the club were desperately lacking last season. Emi Martinez has given the defence far more confidence than in 2019/20, which in turn means Mings and Konsa take more progressive risks on the ball and the full-backs have licence to roam.

Right-back Matty Cash has been particularly impressive, giving Villa a penetration from the right that has helped relieve the pressure from Jack Grealish. Ross Barkley, prior to his injury, did an even better job of that, drawing defenders away from the Villa captain to give Smith's attacking play an extra dimension.

Bertrand Traore hasn't been as effective as the other four, although a much-improved showing against West Brom should kick-start his Villa career. 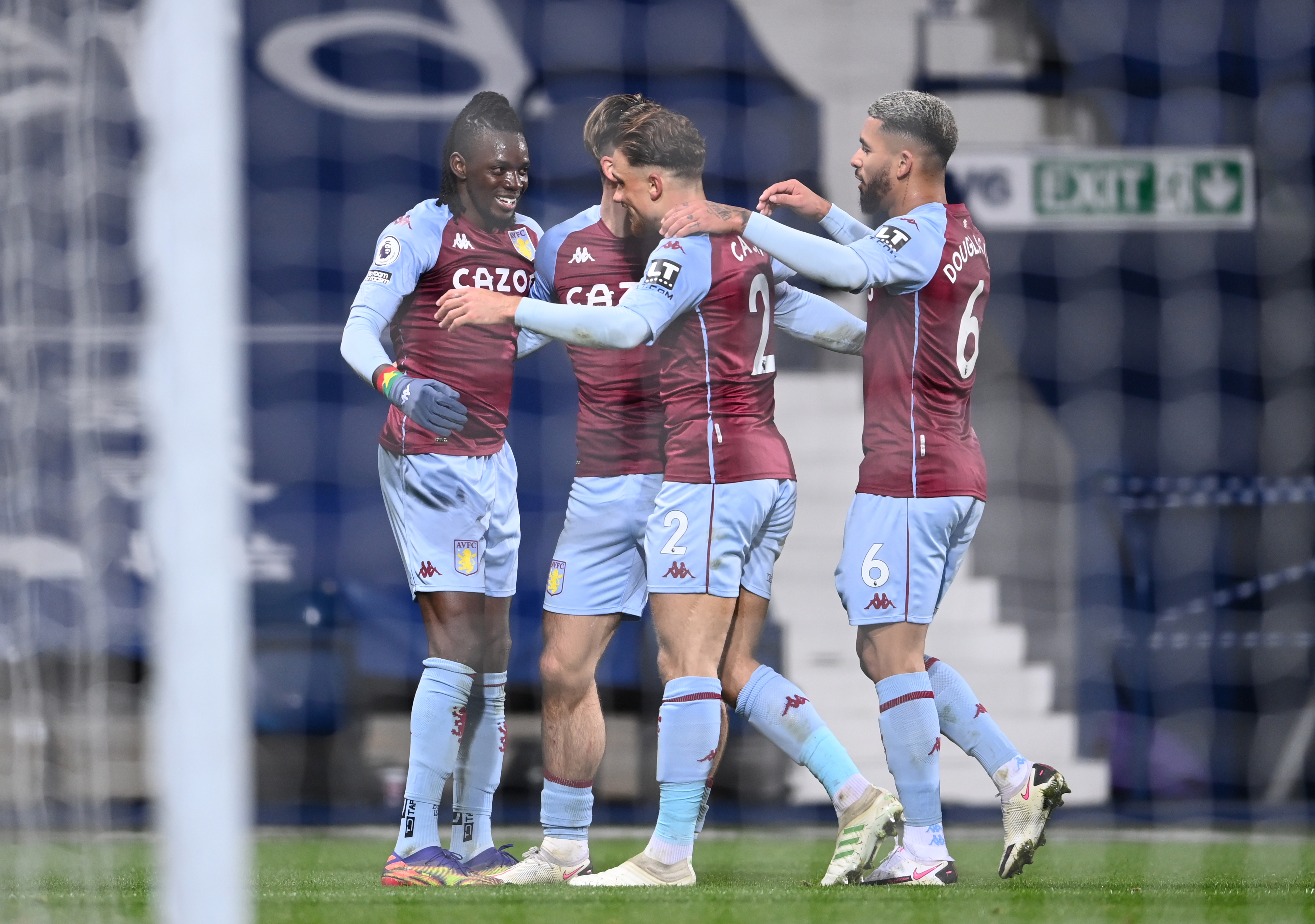 But all of Villa's new signings are really the supporting cast for a triumvirate of players who have led the club's renaissance. It will be a huge surprise if Grealish, McGinn, and Douglas Luiz are not playing for one of Europe's super-clubs within a few years; they are elite footballers who, like the Mahrez/Kante/Vardy axis at Leicester City, are playing for a club well below their actual level. No wonder Villa have catapulted up the table.

Nothing more needs to be said about Grealish, who is finally getting mainstream media attention – and rightly drawing parallels with Eden Hazard. His technical ability puts him among the very best players in Europe, and in years to come the Villa captain will be relieved to have been denied the opportunity to join Tottenham and Manchester United in 2019 and 2020 respectively. He has already outgrown both clubs.

Luiz is just as good, albeit in a less conspicuous position of the pitch; defensive midfielders are always the last to be noticed. The Brazilian's defensive instincts, strength in possession, and ability to recycle the ball or launch counter-attacks make him one of the best all-round midfielders in the division. Villa fans are praying that Manchester City do not exercise the buy-back option inserted in the original sale, because anyone watching Aston Villa closely will see Luiz is the perfect Fernandinho replacement.

McGinn is also a very effective midfielder, famous in Birmingham for how he uses his backside to leverage opponents and break the lines, surging Villa into the final third. Twelve months ago Sir Alex Ferguson allegedly told Manchester United to spend £50 million on the Scottish midfielder. That recommendation looks better by the week.

NEXT STEPS: SIGNING A NEW PLAYMAKER AND BATTLING FATIGUE

Villa have been very good so far, but they might not last the rest of this wearying season without some reinforcements. The squad is relatively light, particularly in the final third, and indeed with Trezeguet often misfiring and Anwar El Ghazi not quite at the required level Villa could do with a wide playmaker – as well as a backup striker to cover for Watkins.

The main reason Villa's season has gone under the radar is that they have played two fewer games than everyone else, leaving them in an unglamorous 9th despite their record. But having two of their games postponed is also a major contributing factor to their success; Villa have not had to cope with fatigue in the same way as everyone else.

Six of Villa's first 11 have played every minute of Premier League football this season. That is simply unsustainable. New signings are needed in January, and the best option may be to loan a couple of established Premier League players, such as Jesse Lingard or Harry Winks.

But these are minor concerns. Long-term, the future hasn't looked this bright at Villa Park since Martin O'Neill's peak years at the club over a decade ago, when Gareth Barry, Ashley Young, and James Milner were chasing Champions League football.

Maybe it is too soon to draw comparisons with that side. And yet in terms of raw talent, not too much separates them. As for points and performances, Villa are currently on course to surpass their achievements under O'Neill and challenge for the top four. In this most unique and unpredictable of seasons, it cannot be ruled out.