Guardiola, Ten Hag says, "came up with the idea of not letting the backs play on the outside, but on the inside. That's what he did at Bayern Munich with David Alaba and Phillip Lahm. That way he created an extra midfielder in possession of the ball and more space for wingers such as Arjen Robben and Franck Ribéry.

"Lahm was the best right-back in the world at the time, but he had the ability to play in midfield the way Guardiola wanted. Pep has guts, he dares to be groundbreaking and innovative. At Bayern, he sometimes played with his wingers Robben and Ribéry in midfield when it suited him tactically. They were his stars. Not many trainers have the audacity to do that. He does.

"Because of his authority, players have faith in him. Also because what he says always turns out to be right."

Ten Hag recalls that Guardiola would "completely shut himself off from the outside world if he thinks it is necessary. If there was a big game coming up, you'd better not disturb him. He would sit alone in his office, playing the game in his head. Then the ideas and the tactical finds came. He doesn't lose concentration for a second. He is definitely

in the top five in the world. Guardiola as a trainer has permanent value.

"Of course, because of all the prizes he has won, but more so because of the way he lets his teams play."

And, using a chess reference ,he says, "When it comes to tactics, we don't talk about José Mourinho, who always plays with black."

For Ten Hag, what makes Guardiola's work great is that he has demonstrated his skill – and his adaptation to different cultures – not only in Spain, but in Germany and England. For instance, in his first year at City, "Guardiola misjudged the pace and power in the Premier League. He realised that if he wanted to play football his way, it couldn't be done without a few physically strong athletes. He is rigid in his philosophy, but not about how it is implemented. That also characterises a top trainer."

Half-spaces are the vertical strips on the pitch between the centre and the wide areas, also known as wings. The five strips are of a similar size. A player who is on the ball in the centre should be able to reach all the strips within the range of his kicking technique.

The half-spaces are close by and both wings are easily reachable. The central player has several options in terms of range: a large part ofthe playing field is directly accessible with one pass. Google Earth showed that Pep Guardiola, during his time as coach of Bayern Munich, marked the training field with chalk lines in such a way that the half-spaces became visible. Later in his career, Ten Hag applied the lesson he learned from Pep in Germany, training on a field with vertical lines. These lines divide a field into the left wing, left half-space, central axis, right half-space and right wing.

Ten Hag explained that "the extra lines on the field are a form of communication. I rarely use the term 'half-spaces' with the players, but those lines subconsciously increase their orientation. They aren't there in matches, but my experience is that players do get a better feel for certain situations. It's a result of repeating, repeating and repeating.

"The European Championship saw that Germany very consciously occupied the centre and the half-spaces. First 'going out', then 'coming in' again and forcing something there. That really appeals to me, and it is very similar tothe style of play I am aiming for."

After two years in Munich, Ten Hag chose to move to FC Utrecht when the opportunity arose. Asked about his reasons for the move, he answered, "I thrive in a competitive environment. However, my ambition is not to train a second team for years."

His time in Germany was not an unqualified success. Between 2013 and 2015, he tried in vain to have the reserves of Bayern into the third division. But before and since, nobody came as close as he did.

Maarten Meijer's definitive biography follows Erik ten Hag, from his upbringing in the Dutch countryside to his domestic triumphs and European victories. Meijer's book is the ultimate guide to the man with the momentous task of ending a decade of disappointment at Manchester United and beginning a new era of winning football at the club. Get your copy today from Amazon. 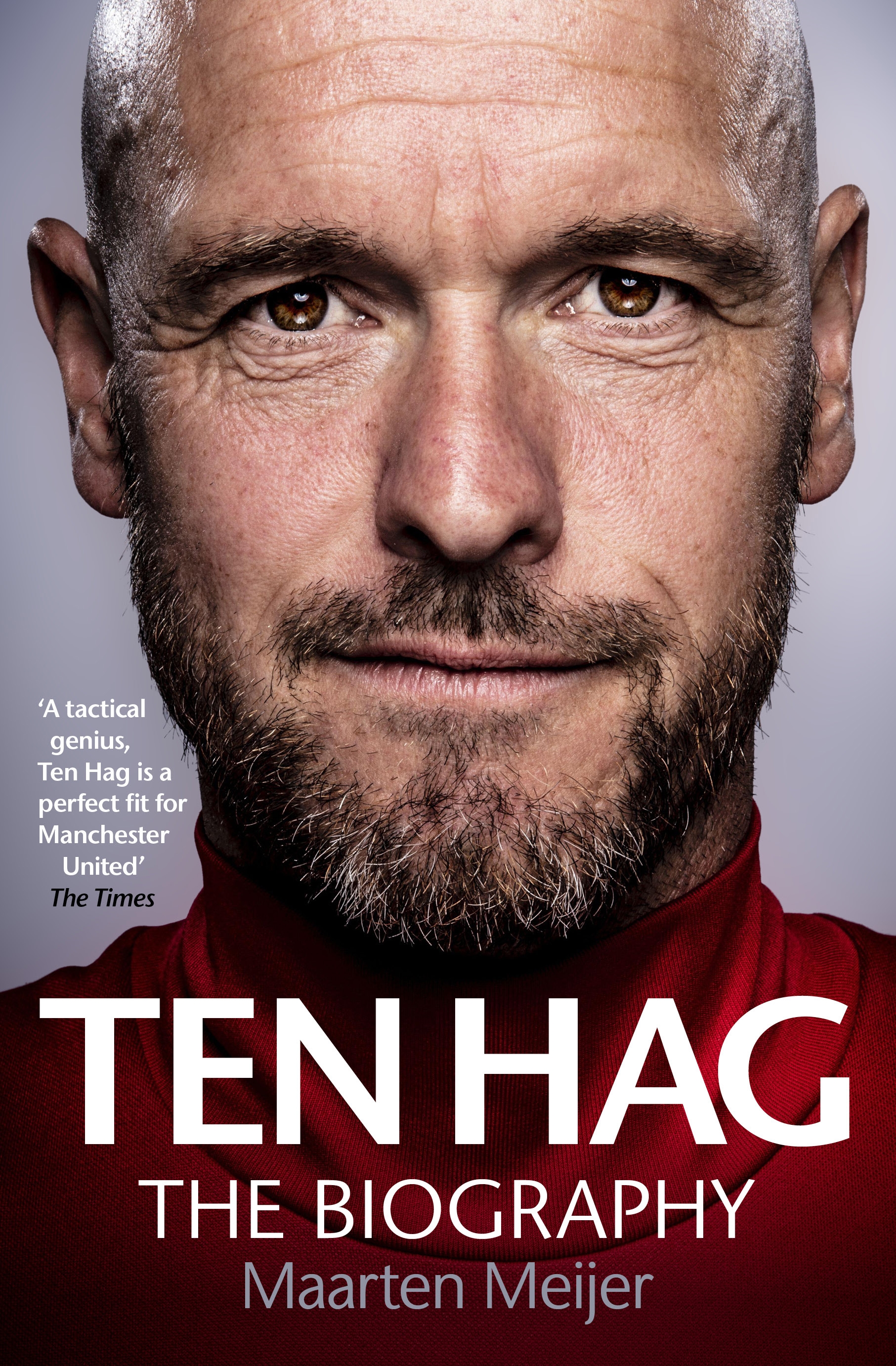