I completely understand the reasons why Ole Gunnar Solskjaer gave a few players a rest for Sunday's FA Cup quarter-final against Leicester.

It's been a really heavy season with the games coming thick and fast. That's the price you pay for going deep in competitions is that you're playing three games a week. We didn't get the result that we wanted but that was because we were second best on the day.

When we found ourselves at 1-1 at half-time, having not played well at all, except for the extremely good goal scored by Mason Greenwood, and you knew United were quite fortunate to be level.

No disrespect to the Saints but we would have picked them over facing Chelsea or Manchester City. But that just seemed to inspire Leicester more than it did for United and after Tielemans scored in early on, you knew where the game was going.

United know that they're more than capable of beating anybody on their day. Now all the eggs are in the Europa League basket. Granada was a favourable draw, it has to be said. It won't be easy but with all the teams left in it, United fans would be happy with how the draw turned out.

This is a competition we should now go on and win. We've dispatched of Real Sociedad and AC Milan, two of the best teams in it.

Hopefully this international break revitalises the players, gives them a change of scenery and come back raring to go for Easter Sunday against Brighton. 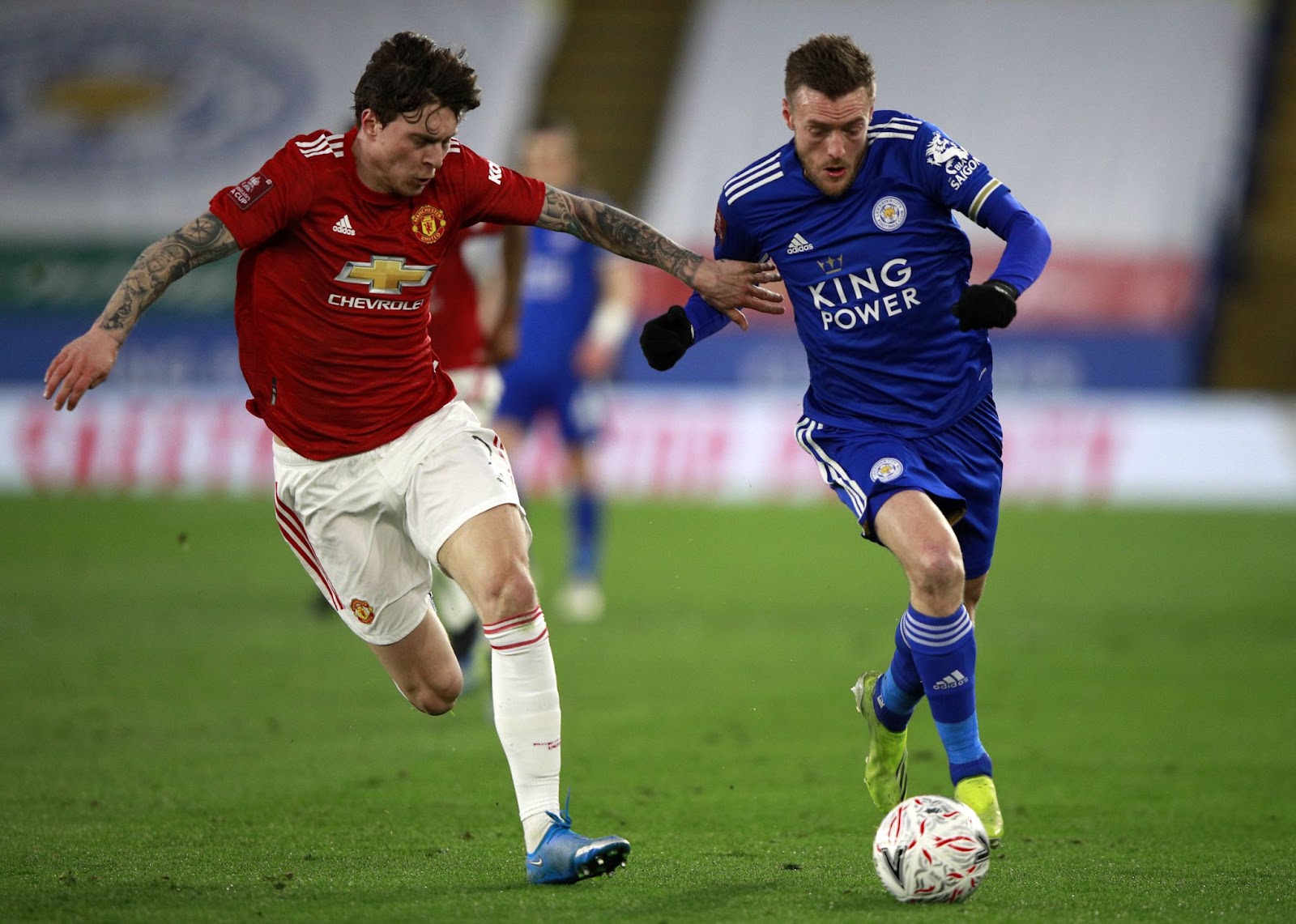 Delighted with the club appointing John Murtough and Darren Fletcher in their new roles. Murtough knows the club inside and out and he'll fill the role as sporting director very easily.

Similarly with Darren, I was really excited when he was brought in to the coaching side of things. He's now been elevated and he will have massive input and experience to impart on the players.

They are two people that the guys at the club know well, obviously Darren knows what it takes to win football matches as a United player. I'm more than happy with the club appointing them both.

I think the familiarity is absolutely key when you're appointing somebody in these positions. They need to have the respect of the players. And with John and Darren, you get that in absolute abundance.

You can see what direction Ole wants to take the club in on the field because of the results and how well we've performed this season. Behind the scenes it's going a very similar way, and I think it can be only be healthy to keep that club identity on a rolling keel.

People might feel that we should have looked for an outsider, for either of the two positions or both, but I feel as though the decision is an excellent one.

Charlie McNeill probably hasn't played as much U23 football as he would have liked this season. But in recent weeks he has grabbed his opportunity with both hands.

I'll reserve judgement until I've seen him perform at the level for a consistent basis, but since he has been introduced, he has been really good, and somebody who scores goals when they first come into a team are worth their weight in gold.

Everybody has got a chance when they are at Manchester United, and Harvey Neville and Charlie Savage are no different.

Ole Gunnar Solskjaer has demonstrated that he's prepared to give youth a chance, and if you perform well enough in either the U18s or U23s, or like Mason Greenwood and Marcus Rashford, bypass those levels and go straight into the first-team.

Harvey has been excellent this season, working extremely hard to play a consistent amount of games. I saw Charlie play in the FA Youth Cup, as I will against Liverpool a week on Saturday, and he's got a terrific left-foot and wonderful range of passing.

Charlie likes to play in the number six position and is somebody from a deep lying position can make things happen up the pitch. I'm really pleased for both of them with how well they've done in recent months. 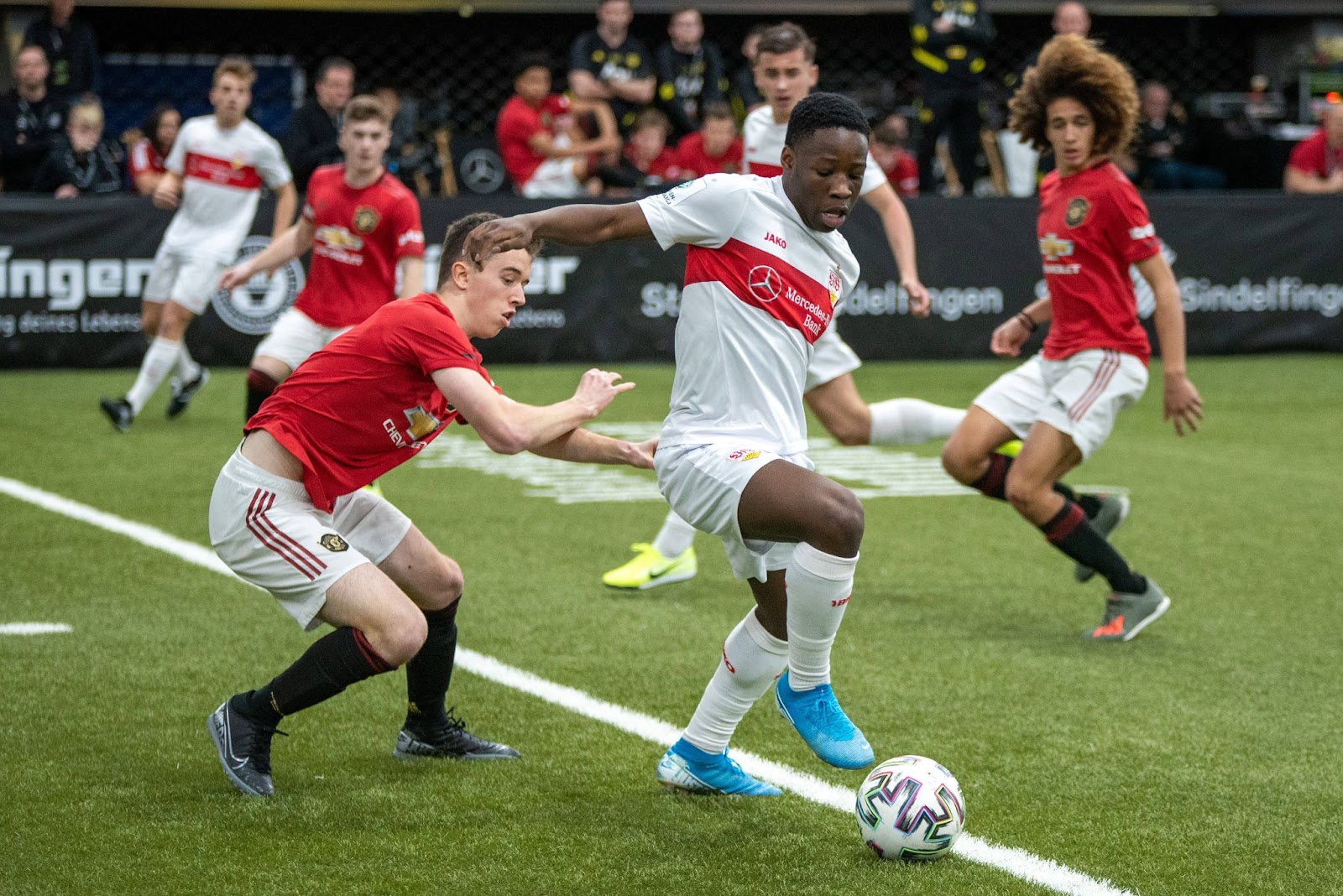 Harvey Neville defending against Stuttgart in 2020

As I've written about in this column before, it is down to the players and manager when it comes to loan spells. They both need to sit down and have an honest discussion.

I watched Diogo Dalot play a really solid match at Old Trafford a couple of weeks ago when AC Milan knicked a 1-1 draw. But then, knowing they had the upper hand with the away goal, I thought Milan were disappointing the week after.

Dalot seems to be enjoying his football in Italy. He's comfortable playing on either side of the pitch, whether that be at fullback or wing-back. We've all seen during his time at United when he gets into the final third, he is somebody who can do a trick and get past somebody.

Andreas Pereira is another one who has got plenty of talent. But again, it's whether both those players feel as though their futures lie with Manchester United or whether, having had the taste of being out on loan and playing regular football, at the ages they are, that a permanent move is something they want to pursue.

I'm sure the door will always be open for players who want to come back to Manchester United, especially hard working, honest players that they both are but if they feel as though their career is going to be stagnated by coming back and they feel best that they moved on then that is something they will both discuss with the manager and move on from there.