I have David De Gea up there with the likes of Peter Schmeichel and Edwin van der Sar as one of Manchester United's greatest goalkeepers. And I do not believe for a second that he has become a bad goalkeeper overnight.

The mistakes he made against Chelsea were highlighted because of other errors this season, which is obviously a problem. We saw Kepa, the most expensive goalkeeper in the world, being dropped by Frank Lampard for Willy Caballero who is nearly 39 years of age. It is not a position where you can get away with mistakes, especially somebody like David De Gea, who has set a standard for himself with some match-winning performances in recent seasons.

It is imperative that Ole Gunnar Solskjaer makes a decision on what he wants to do. Dean Henderson is obviously chomping at the bit, but he is not going to come back to Manchester United and be a number two when he knows he can perform in the Premier League as he has done with Sheffield United. 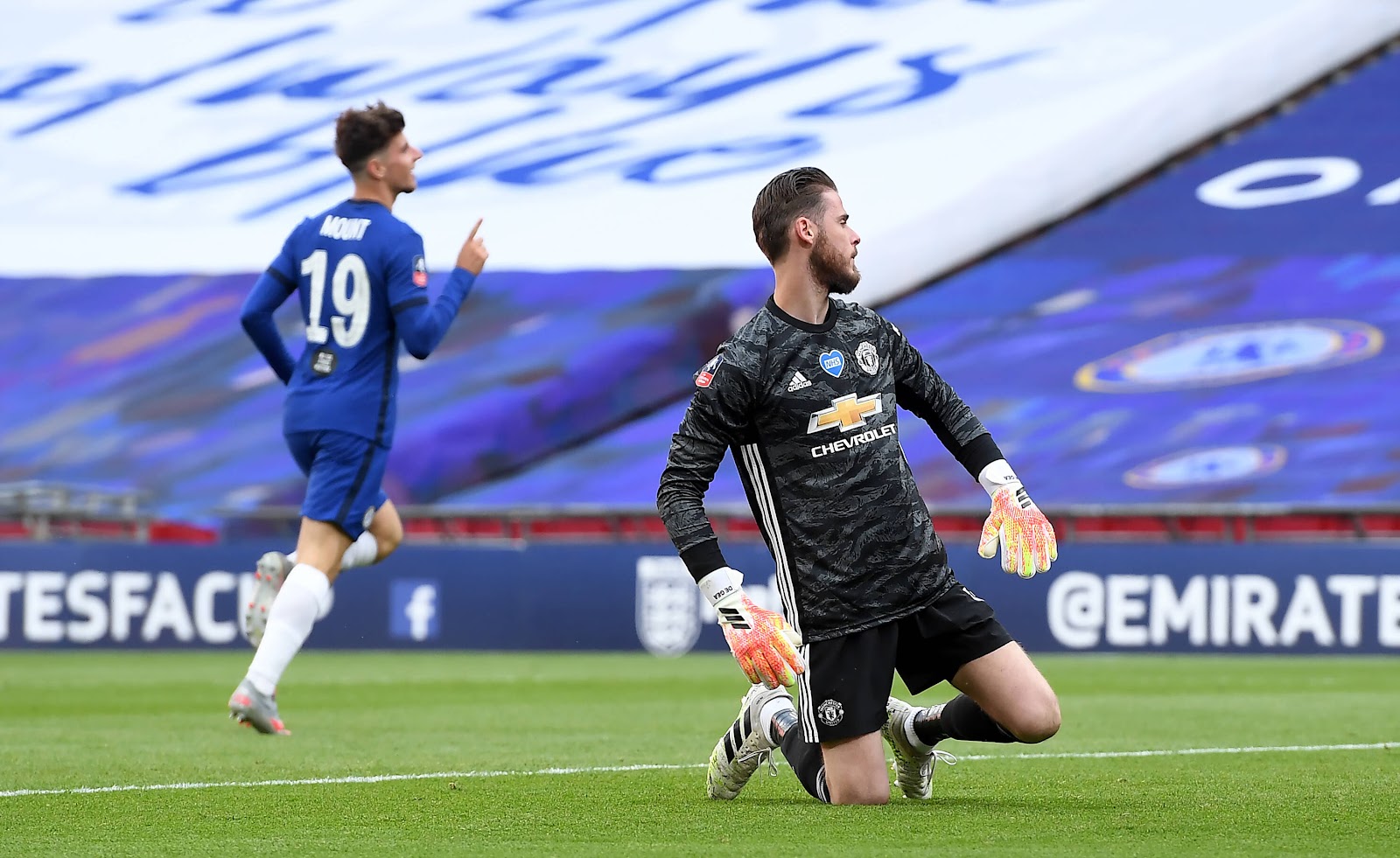 I don't think there is any issue whatsoever that De Gea should be aware that there are people willing to take his spot. It shouldn't be a problem to have some sort of competition. There is competition for places all over the pitch. Nobody should be guaranteed a spot if not playing well. He may feel that bringing in solid competition for De Gea might give him extra motivation, or make him seek pastures new.

In saying that, I believe David has earned enough 'tokens', as they say, from his performances over the years. I think he has demonstrated on numerous occasions that he is a fantastic goalkeeper. I know he has made some uncharacteristic mistakes but I feel as though he deserves to carry on as Manchester United's number one for next season. 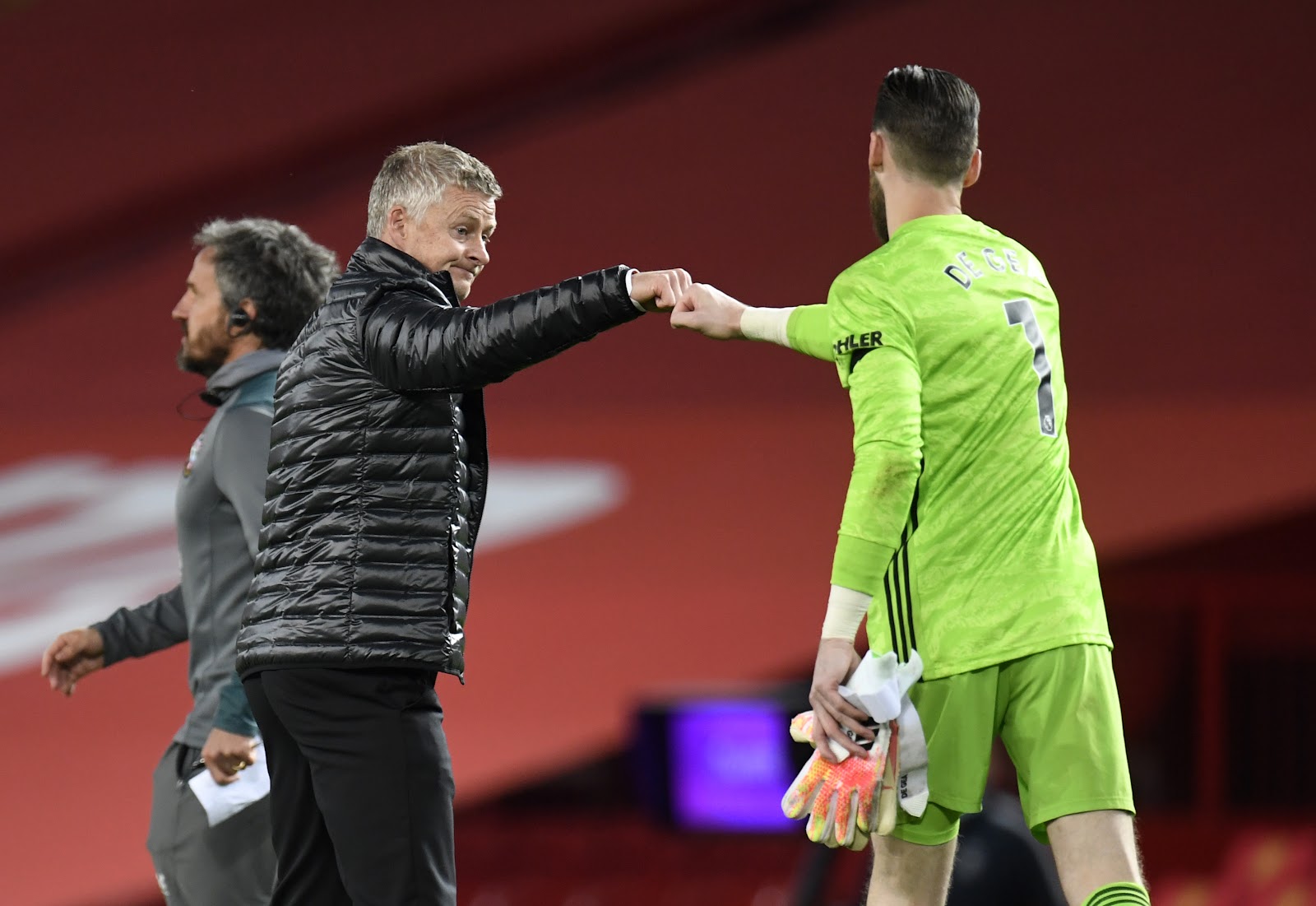 Solskaer and De Gea bump fists after the draw with Southampton on July 13, 2020

I was really pleased for Jesse with his goal against Leicester City on Sunday. He knows it has been a disappointing season by his standards. And he'll know that he is part of Solskjaer's second string at the moment with the game-time he has had.

He is 27 and he'll probably need to have a long hard look at the path he wants to go down, and if he was being true to himself and to get back to the player who scored that fabulous goal in the FA Cup final in 2016, if he wants to get back to that sort of player, he needs to be enjoying his career again. Because he hasn't been enjoying it and I know he's had off the field issues as well.

Hopefully that goal can be the springboard to go on and finish his career doing what he enjoys doing and that is playing football, and if that means leaving United, which would probably be the best for him to progress his career, then so be it. 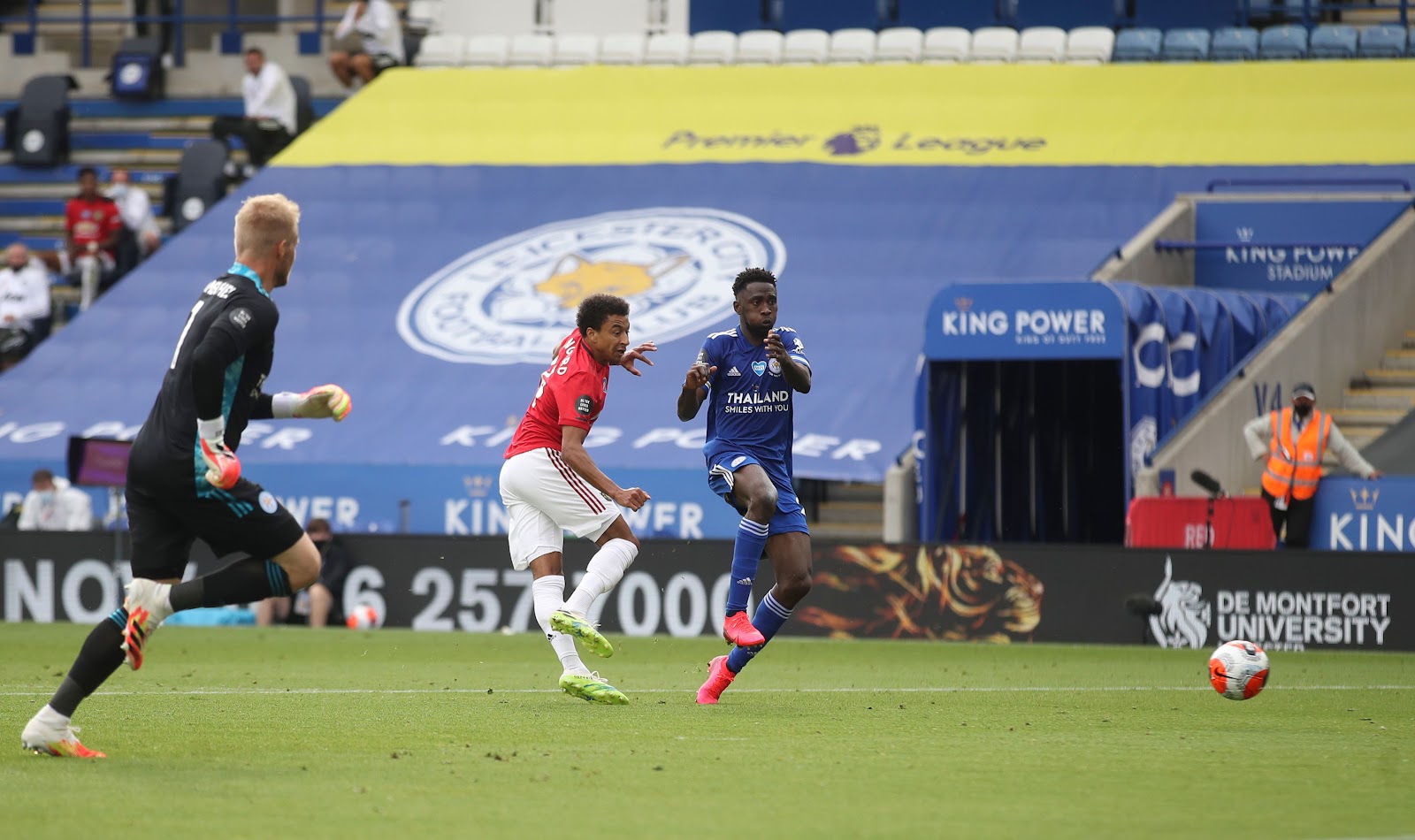 Any player that is going to improve Manchester United is going to be a good fit. This squad at the moment has demonstrated, when given a little bit of time, that they would come good. But United are nowhere near the finished article. At the end of play we finished over 30 points behind Liverpool and that is the gulf they need to bridge. And to do that they need to strengthen in depth.

Solskjaer has worked wonders to get that team from the position they were in in January to where they finished the season. They need to go into the transfer market and I'm quite certain Ole Gunnar has already identified his targets.

I think getting rid of some players would help bring in some money to go towards the transfer budget. One player they could use their money on is Jack Grealish. He is a super player and scored a wonderful goal to keep Aston Villa up at the weekend. I don't think there was a question about whether Grealish is somebody who the top teams in England and Europe would look at to improve their squad.

Jadon Sancho is another one. The only stumbling block at the moment seems to be the money that Borussia Dortmund want for him. In these testing times, even clubs like United don't have hundreds of millions of pounds to throw at a couple of players.

They need to do their homework, they need to bargain with clubs and if the timing and price is right then I'm absolutely all for them making moves, because to be battling it out on four fronts next season, and especially in the Champions League, you need a big squad that is littered with quality, not just in your first 11 or 12 players. 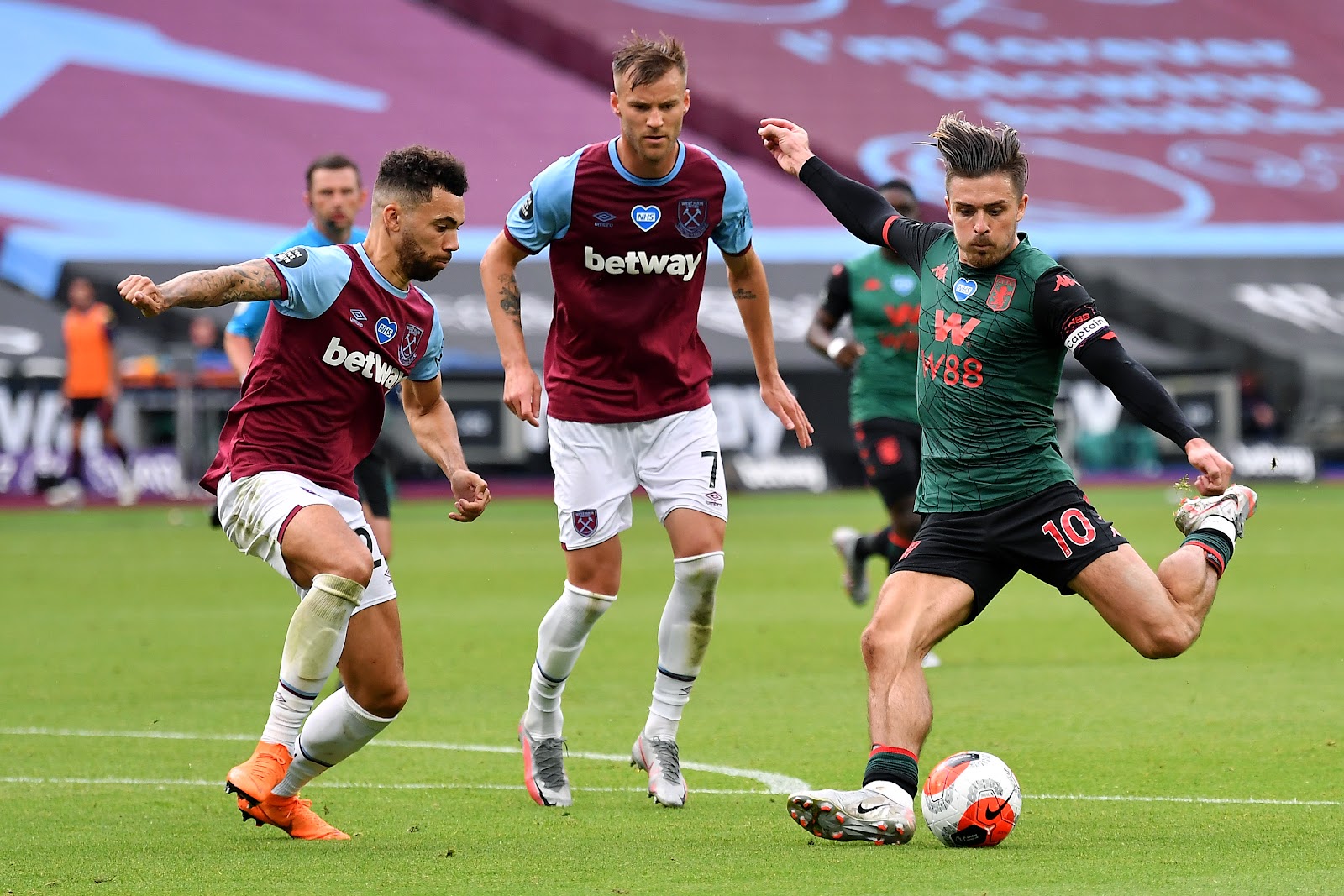 The football club needs to evolve and move on. Sir Alex Ferguson spent a week celebrating Premier League titles and then he was already identifying players that he thought were going to improve his squad, and invariably he got it absolutely spot on over a long period of being in charge. That's what a good manager does. He doesn't rest on his laurels. He looks for a way to be able to improve the squad. And this is a manager who won the treble in 1999 and numerous league titles and was still wanting to go for that next level to make sure they maintained their position in European and domestic football. And as it stands, this United team haven't won't anything.

We're all celebrating the fact that United have finished third and the achievement from where they were is absolutely superb. And a Champions League finish as getting their hands on the Europa League would make it a fantastic season.

I only worked under Chris Wilder at Halifax Town for a very brief period in 2004, but you could see, even at that sort of level, that he had an ability to control the dressing room. When I say control, I mean everybody had respect for him. He has that ability to make people feel bigger than they actually are. There are plenty of managers around like that. You look at Harry Redknapp, Neil Warnock, Sam Allardyce. Managers at the top-level but not really quoted as being master tacticians on a football field such as Jose Mourinho or Pep Guardiola.

But what they've got is this terrific way of man-managing and instilling massive amounts of confidence. I don't think anybody expected Sheffield United to have the season they had. But Chris Wilder is somebody who just fills the team with belief. They didn't spend a lot of money when they came up, especially compared with fellow promotion side Aston Villa. Hopefully now that he has kept the club in the Premier League, Wilder will get some significant support from the board this summer because they need to be thinking, let's forget about surviving, let's look and get one of those European places. And that is all down to Chris Wilder and how he got those players to believe they could cut it in the Premier League.

The news of Huddersfield's survival in the Championship was sort of bittersweet. I was thrilled they were able to stay up, and especially by beating West Bromwich Albion. And then you read in the papers the next day that the manager has been sacked. It's just like the Watford situation. You just can't understand the logic.

If I was to guess I'd say that the Huddersfield owner was just waiting to see what division they would be playing in. I'm not sure that Danny Cowley would have been sacked had Huddersfield been relegated. But I think the Championship survival was something that they had in their mind that they were going to replace him. And they done that with Carlos Corberan. So I'm thrilled to bits that they didn't go down to League One, but I just don't understand the decisions from these owners to sack managers at very strange times. 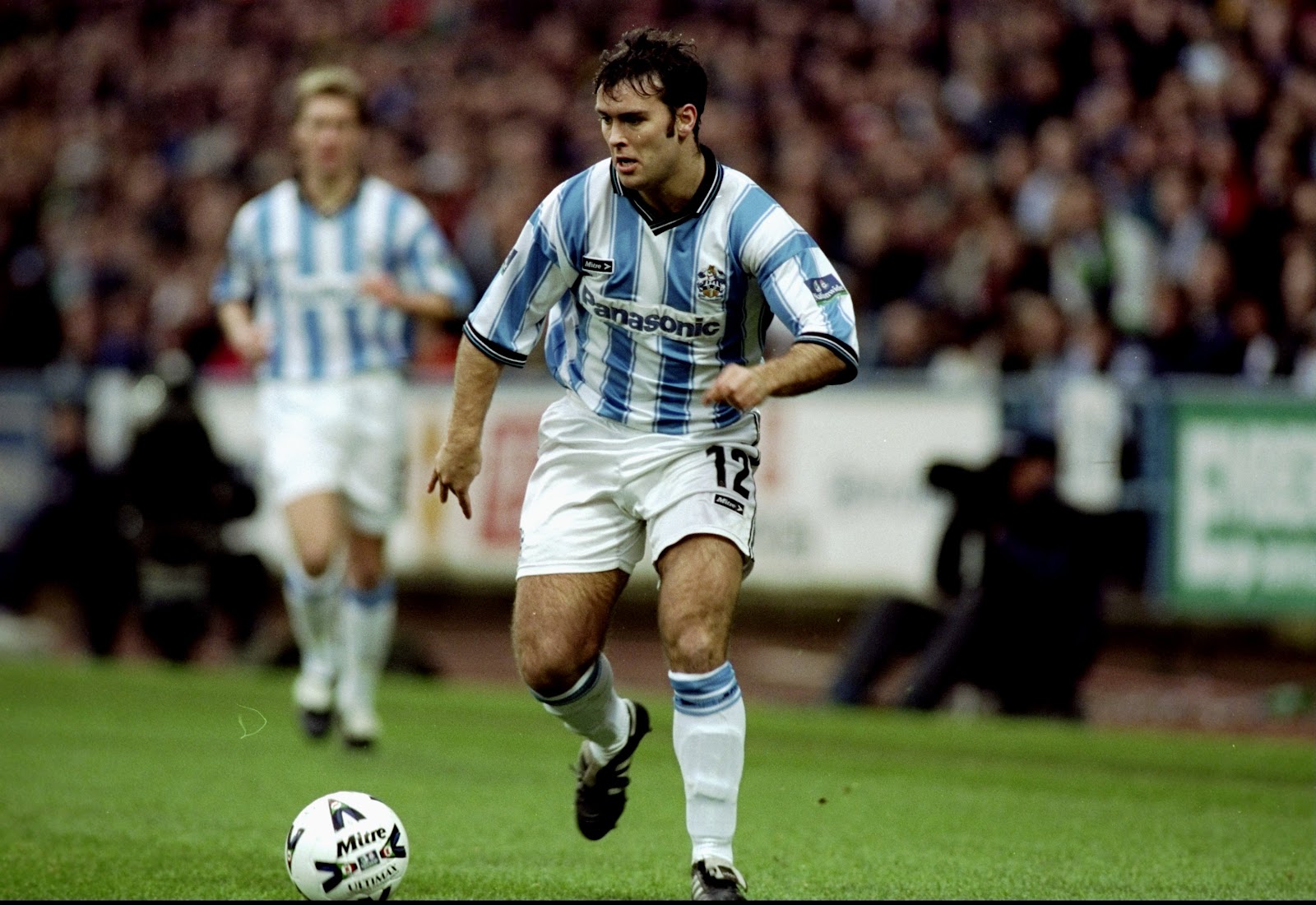 Thornley playing for Huddersfield against Liverpool in 1999