Mane: I'd be very happy if Liverpool signed Koulibaly

Man Utd coach Solskjaer questions Romeu red-card: I'd be out for a month!

Man Utd boss Solskjaer: I needed to speak with Ronaldo before signing Fernandes

​Chelsea manager Lampard on defence: No partnerships like Terry & Carvalho

Beilin: Sarr worthy of Chelsea; Ben Arfa blowing it; PSG tried everything to get Wenger; Basti in Paris?

There's been a lot of buzz across Europe this past week about Malang Sarr at my old club, Nice.

I can tell you Sarr is a great talent. Only 17 years old and already in the first team. He shows a great maturity and if you want to talk about football ability, he is very interesting. Fast, intelligent on the pitch, he always makes the right choices.

His future is gold. Give him two years and he will develop all the promise that we are now observing. All the huge European clubs are following him. Chelsea, PSG, AC Milan, Juventus and Inter are all keeping track.

What's really valuable is that he is left-sided... he's definitely one of the best young talents in France.

There has been talk in England of joining his old Nice coach Claude Puel at Southampton, but I do not see him leaving Paris this winter.

His beginning at PSG has been very complicated. He's carrying excess weight and is not working enough during the training. For now, this is very disappointing. In my opinion, he is not professional enough.

People inside football here that I speak to have told me a lot of things about him. I personally think he cannot play for a big team successfully. It's similar to the situation regarding Mario Balotelli at Nice.

WHAT THE FRENCH THINK OF WENGER

Arsene Wenger has just marked 20 years at Arsenal and I can tell you here in France he is very respected.

I can tell you PSG have consistently tried to tempt him back, but he was never interested. I think he will 'do a Ferguson'. That is, when he leaves the Gunners, it will be to retire.

When I consider the current generation, I see a lot of similarities with Laurent Blanc and Claude Puel. They know how to produce good football.

YAYA AND BASTI FOR PSG?

So, in England I see Yaya Toure and Bastian Schweinsteiger have both been linked with PSG for January.

PSG tried a move for Toure this summer, but it was not clear what Pep Guardiola was planning at the time and so, in the end, Unai Emery took Grzegorz Krychowiak, his player at Sevilla.

The midfield sector in Paris is overcrowded. They have too many players to think about Touré or Bastian. Think about it... Verratti, Matuidi, Rabiot, Motta, Krychowiak and Pastore! I just do not see anyother club in France being capable of paying their salary... if PSG were to try to find room.

Idrissa Gueye is really proving his quality at Everton.

He was a good young player in Lille. The problem we have in France is when we have young, talented players, they all want to leave for the Premier League, even if they are not ready.

I would recommend they confirm first their potential before leaving. Also, I am not sure if it is better to leave a French club which is a regular in Europe to go to a bottom Premier League club - as Gueye did with Aston Villa.

But money is unfortunately always the reason. Another example could be the Didier Ndong move to Sunderland. We have in our league a good depth in quality. Players should be sensible. The best have no career problems if they leave for the best teams (Martial, Dembele, Coman, Varane, Pogba, for eg.). 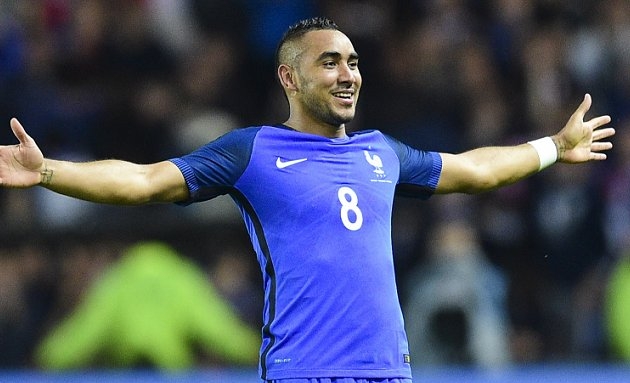