Beaten at home? Get used to it Man Utd fans - but it's not all downhill from here

COMMENT: Disjointed. Erratic. Moments of inspiration. Even exhilaration. But ultimately a defeat. And one at home. Welcome to your future, Manchester United fans. Though it doesn't have to be all downhill from here...

It was a result that was always coming. And Aston Villa were well worth the three points. In the decisive moments, Villa took their chance. And United missed theirs - over and over again.

Seven points from three games for the old United team was a good start to the season. But for this team, the campaign began four games in against Newcastle United. Cristiano Ronaldo up top. Raphael Varane at the back. And Jadon Sancho - potentially, hopefully - working a flank. A team transformed. In personnel. In combinations. And one learning on the run.

Four goals against Newcastle masked a tough, relentless match-up - until Ronaldo acted when needed in the clinches. At West Ham, again it could've been very, very different if not for the intervention of both benches. David Moyes' choice to send on Mark Noble for a landmark spotkick as decisive as United substitute Jesse Lingard's winner. United were good in moments. But they spluttered. They stumbled. Yet still found a way to win.

But it was always going to catch up on them. Saturday at Old Trafford was always going to happen. It's football. It's a new team. A team the manager is having to bed down with the season well underway. Ronaldo has been signed to score United's goals. Varane has arrived to stop them. And Sancho is there to create. All three brought into this team to lead - and immediately. There's no bedding down process here. No gradual introduction. They need to learn their new team's system on the run. And conversely, their new teammates need to learn about them. This isn't going to be smooth. It never is. But this is football. And when you shake up a line-up as significantly as United have - and with the season underway - the only thing you're going to consistently get is inconsistency.

Which is exactly what we had from United on Saturday. In his post-match presser, Ole Gunnar Solskjaer summed up the day pretty well. United were exhilarating at times. The pace at which they moved the ball from back to front breathtaking. But it wasn't relentless. It was nowhere near consistent. And as chance after chance went begging. As teammates failed to connect with the No7 leading their line. Villa were able to push back. Against Newcastle, Ronaldo found that goal on halftime to settle the nerves and lift the home support. This time that goal - that decisive action - never came. And Villa took advantage. 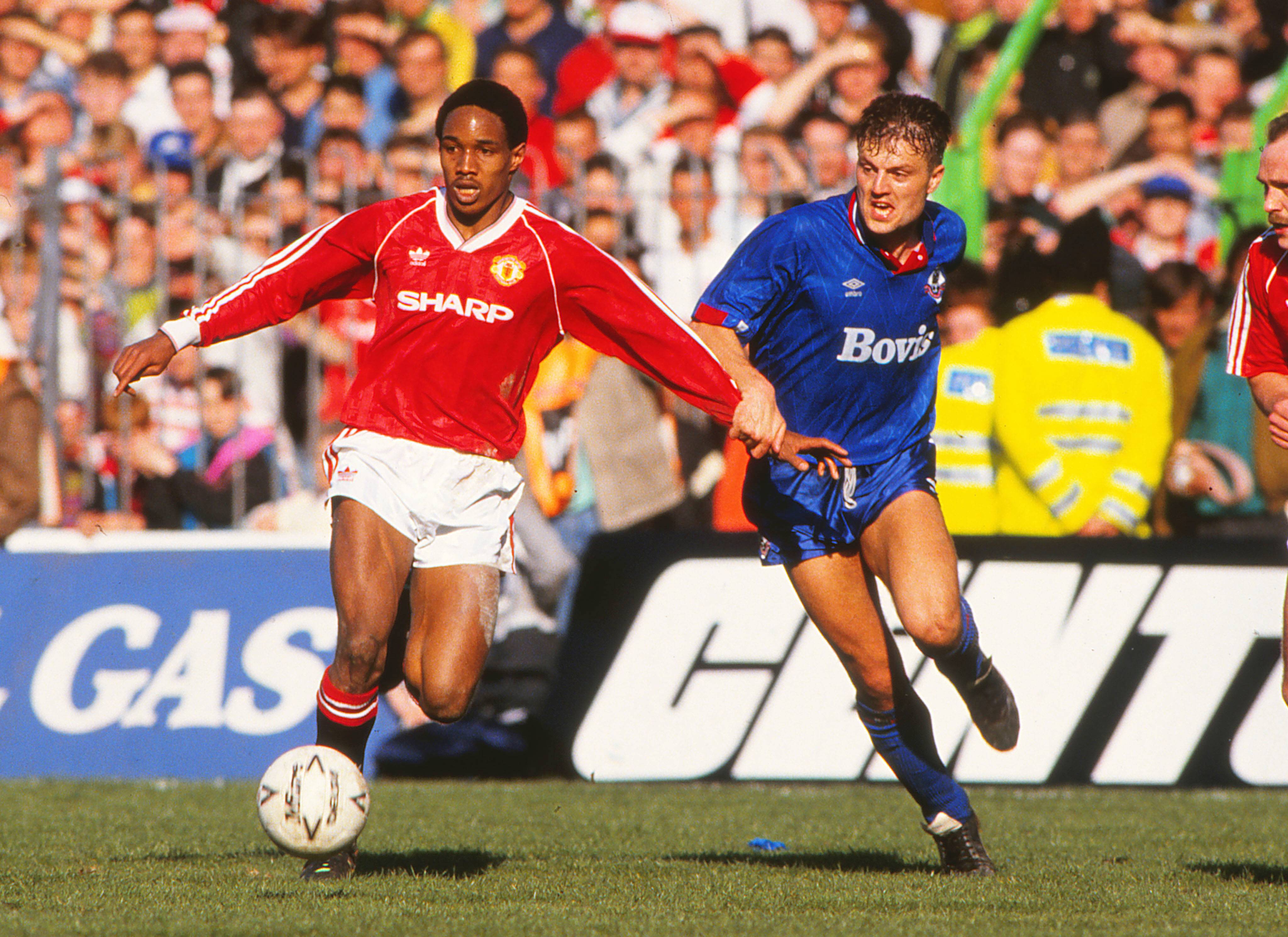 Paul Ince in the 1990 FA Cup semifinal against Oldham Athletic

"I thought we were very good in the transitions," Solskjaer would later assess, "defensively we won the ball in good positions and we attacked quickly. But when we got up there, the final decision, the final execution, the quality in the pass or the shot or decision wasn't good enough to get goals."

That pass. That decision. Maybe it's down to "quality". But it was more down to movement. Ronaldo's movement. And those in possession not quite being in-sync with their new centre-forward. But it'll come. Just as the back five - include goalkeeper David de Gea - will eventually adjust to the strengths and weaknesses of their new lynchpin Varane. The combinations. The partnerships. They'll improve. But it'll need time. That's the reality of it. That's football.

After the trouncing of Leeds United, this column declared it the best opening day performance from United in 32 years. It was the stuff of Michael Knighton, Neil Webb and the 4-1 rout of George Graham's title defending Arsenal.

Later into that season, around the same time as now, Sir Alex Ferguson added to the summer additions of Webb and Mike Phelan, by spending a British record fee on Gary Pallister, before splashing out further on Paul Ince and Danny Wallace. He'd transformed his starting XI within weeks. And when they were all on the same pitch, United hit five at the old Den of Millwall. But in terms of the league, that was their zenith. This team, which would go onto dominate the game for a decade, finished in thirteenth place on the table. On paper, they were contenders. But with so much change, United could never find any consistency. Finishing FA Cup winners that season only reinforcing the quality Ferguson had on his hands, but had yet to mould into a cohesive, consistent unit.

Is this what awaits Solskjaer's team? No. This XI is further down it's cycle than the Cup winners of 1990. Ronaldo and Varane are far better equipped to accelerate the adaption process than Pallister and Ince. Today's squad far stronger than what Fergie was working with at the time.

But there are similarities. And the football men inside the club know this. There's disappointment today at Carrington. But not panic. Those connections will improve. Those combinations will bind. How quickly and how successfully will be down to the manager.

The time for concern hasn't yet arrived. Being disjointed. Being erratic. It's part of the growing process of a new team. United aren't through this yet. But it doesn't have to be all downhill from here.