Barkley vs Havertz: The dilemma Chelsea & Lampard avoided - for now

COMMENT: Pound for pound. Player for player. At this time. And over this season. You take him over Kai Havertz, don't you? Ross Barkley. The Ross Barkley of this season's Aston Villa...

Forget transfer fees. Ignore the politics. On current form, all things being equal, you'd put Barkley in a starting line-up at Chelsea ahead of the German. But that's just the problem, would things have been equal if Barkley had remained at Stamford Bridge?

He did Frank Lampard a favour. For managers, there's good headaches in football. An overload of players for a certain position. A good pro on the fringes, pushing the player ahead of him to new heights. These are welcome selection headaches for a manager. But in an either/or equation, would Lampard have treated Barkley fairly if he'd stuck around this season?

We'll never know. And as mentioned, Lampard dodged a major challenge with Barkley moving on-loan to Villa. On current form, with Barkley flying as he has under Dean Smith, would Lampard have chosen him ahead of Havertz? A Havertz who was a personal choice. A Havertz who Lampard persuaded Roman Abramovich, Chelsea's owner, to part with a record €80m to bring him in from Bayer Leverkusen. And a Havertz, who Lampard now admits, will need patience - and games - to adjust to the rigours of Premier League football.

But thankfully for his sake, Lampard has avoided such scrutiny - at least regarding Barkley. But Havertz is a problem for the manager. And there's no need for comparisons with Barkley to inflate the issue. The Germany international is struggling. His confidence is down. His rhythm has disappeared. And his reputation is taking a major knock back in Germany.

But it isn't just him. Lampard also is being questioned inside German football over his handling of Havertz. His position. The players selected around him. The system and formation. It's all being scrutinised by Germany's great and good. Even Peter Bosz, Havertz's coach at Bayer, has weighed in - critically - of both his former protégé and Lampard.

"I can understand why Chelsea bought him, but I can't yet see the idea Frank Lampard has for him," reflected Bosz, before also placing some responsibility on Havertz's shoulders, “In the end you just have to deliver, you have to score goals and prepare. As a 100 million transfer (sic) you have to play and he doesn't." 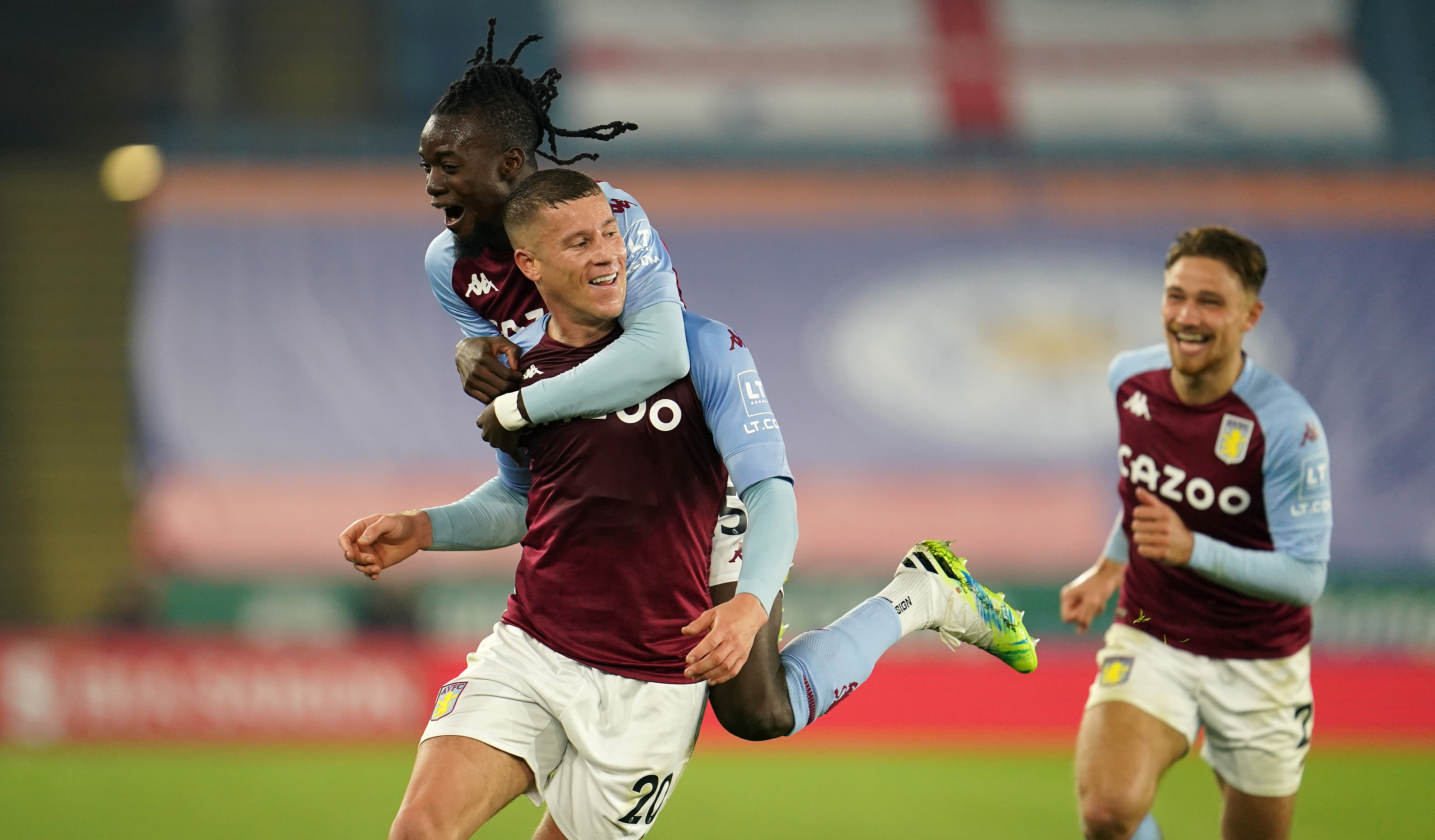 An overreaction? Of course. Havertz has had six months at this. A new team. A new country. A new of football. It's all unchartered territory for the midfielder. Of course these first 12 months were going to be ladders and slides. Though it must be said - and warned - that this slump Havertz is enduring is a new experience. At 21, and forever a rising star back home, Havertz is now experiencing the first form slide of his fledgling career. It may take more than simply a run of games to snap out of it.

At six years his senior, Barkley has seen it all before. He's had his problems at Everton - and with Chelsea. And as he returns from a hamstring strain, the England international has shown he can find a way through to the other side.

At Villa. Under Smith. Barkley has found an environment and a system that suits him. Not unlike what enjoyed at Goodison Park under Roberto Martinez, the now Belgium coach. Smith has given him freedom - and responsibility. And Barkley has been thriving.

He again looks a matchwinner. An international. A Champions League player. Indeed, the type Chelsea are in desperate need of right now. A creator and scorer of goals. A midfielder to break the lines. To ghost in late as a goalscoring threat. Everything Lampard has banked on Havertz being - Barkley is proving himself to be under Smith. And for the neutral, the consequences are fascinating...

Across the press, the comparison is yet to catch fire. But it will, particularly if Havertz continues to struggle as Barkley is brought back from his hamstring rehab. Again, that environment at Villa has assisted Barkley in his recovery. This column being told the midfielder has been ready for a good ten days, but such has been Villa's form and Smith's reluctance to risk any reoccurrence, that Barkley has been afforded extra time to get fully fit. A home match against his old pals at Everton not a bad occasion to mark Barkley's return.

And it is also about Villa. A Villa which sits above Chelsea on the table and are genuine competitors to the Blues for a European place this season. What difference could a fully fit and firing Barkley make in such a two-horse race over the second-half of this season?

And if he can maintain his previous momentum, what will Barkley's form mean for the make-up of England's Euros squad? Indeed, where will the Villa man fit in coach Gareth Southgate's plans compared to his Chelsea teammate Mason Mount?

Driving Villa into Europe - at his parent club's expense. Displacing his teammate Mount in England's Euros squad. This decision to send Barkley away can have real, serious consequences for Chelsea by the end of the season.

Then will come the summer, the transfer window and a decision needing to be made. In Birmingham, they're saying Villa have already written off any chance of securing Barkley to a permanent deal. The wages. The fee. Apparently they're out of reach for Nassef Sawiris and Wes Edens.

But two years on from their promotion and after record window spending campaigns, it's not about quantity now. And given their track record, if Barkley is prepared to push things along at his end, you do fancy the club's billionaire owners being prepared to go the extra mile to convince Chelsea to sell.

Whether that would be in best interests of Chelsea - or Lampard - only time will tell. The Chelsea manager has made his choice and you doubt there's any coming back for Barkley.

But at this moment. On current form. That choice isn't looking such a sure thing. For this column, you'd take the Ross Barkley of Aston Villa over Kai Havertz.