COMMENT: So it's a write-off. Season 2021/22 and Eric Bailly. It's over before the thing's even kicked off. Should Manchester United even bother registering him for the Premier League this campaign...?

Any idea. Any hope. Any thought from Bailly's fans that he'll find a way to establish himself as a first-choice this season is gone. A call-up - and a commitment - to Ivory Coast's Olympics squad ending that wish. A missed preseason is bad enough. A missed preseason in an African Cup of Nations year is just ridiculous. Particularly for a player in Bailly's situation.

Over the two-and-a-half years of Ole Gunnar Solskjaer's reign, Bailly has never given his manager a consistent run of games. And now that he's fully fit. It won't be to tackle a full preseason programme. Instead, he'll be on the other side of the world for the Tokyo Games. And once that's done, four months later he'll be away again, this time for his country's AFCON campaign. And, of course, sandwiched inbetween will be the needed recovery period from his Japanese jaunt.

For Soualiho Haidara, Ivory Coast's U23 coach, Bailly's leadership is a must. Haidara using his overage selections to strengthen each line of his formation. Bailly will lead from the back, Franck Kessie, of AC Milan, will be in charge of midfield, and the former Bournemouth attacker Max Gradel, now of Sivasspor, will drive from the front.

"Franck Kessie is the leader of this generational project, which started in 2015. He is the cornerstone of this generation," declared Haidara. “Eric Bailly will bring his power to the defensive sector. As for Max Gradel, we no longer need to demonstrate the importance of his communication and his leadership among seniors. I needed a leader in each part of the game."

So United aren't alone, Kessie will leave a big hole in Milan's midfield for more than half the season. But crucially, the Rossonero lynchpin hasn't suffered the same track record of injury and absence as Bailly.

Madness? Maybe. Career suicide. It's close. It can't be a coincidence that local sources in Manchester were talking up the prospect of Raphael Varane, Real Madrid's wantaway defender, not being United's lone centre-half signing this summer. Those close to the club stating just last week if they can get Varane through the door, don't be surprised if United follow up their initial approach to Villarreal with a firm bid for Pau Torres. As it stands, Bailly has made up Solskjaer's mind for him. 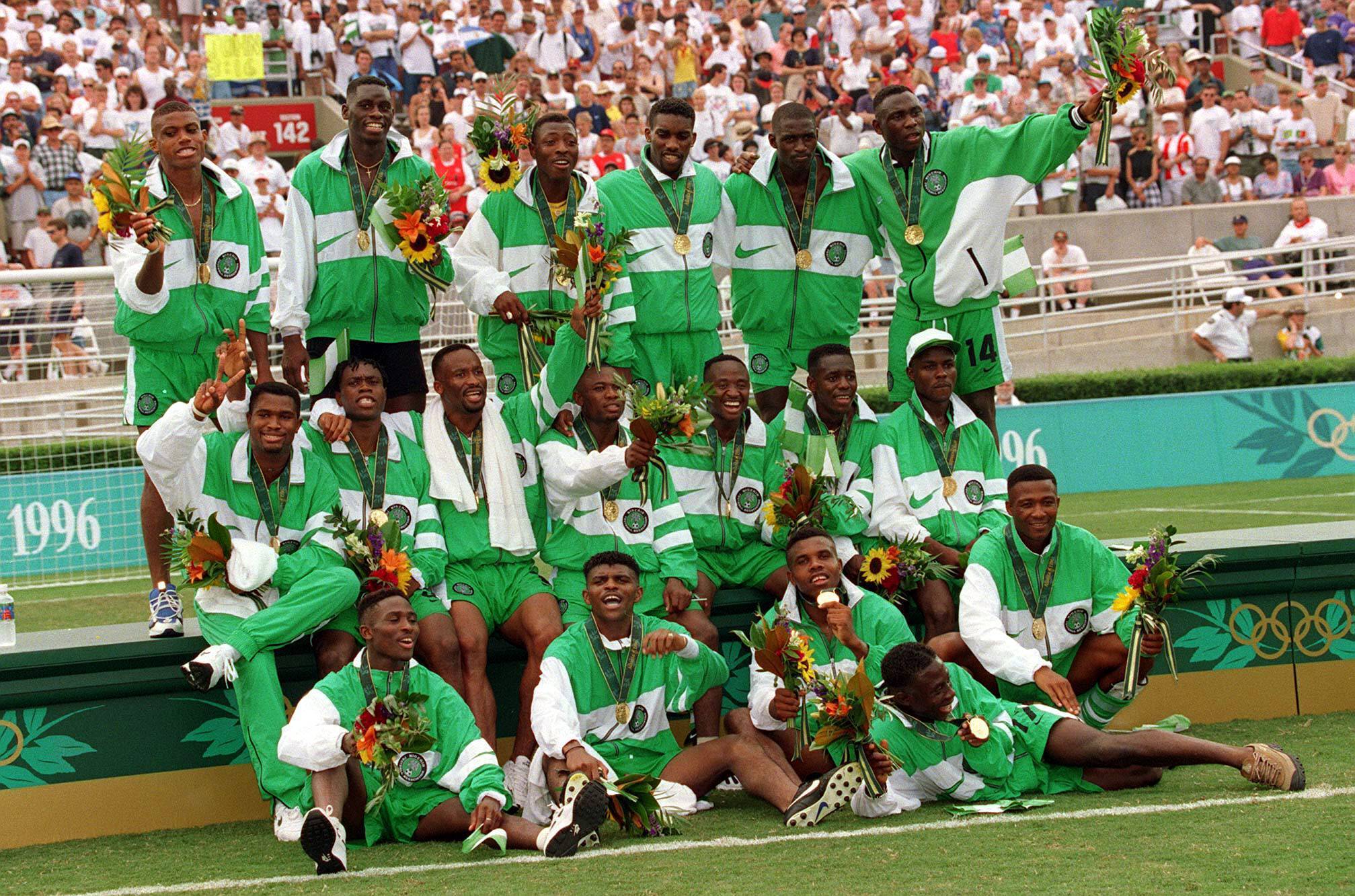 To be fair, you can understand the ambition. For African football, there's bit of magic around the Olympics. That 1996 Nigeria team was good as anything produced by the continent. Swashbuckling. Gung-ho. They were a thrill to watch. With a young, dynamic Nwankwo Kanu driving them forward, that year's gold medal winners boasted the likes of Jay-Jay Okocha, Sunday Oliseh and Taribo West. A team to represent everything African football could be.

Four years on and it was Cameroon whom took away the gold. Again, what a team: Samuel Eto'o, Lauren, Geremi and a 16 year-old jack-in-the-box by the name of Carlos Kameni between the posts. They played with a different approach to Nigeria, but on paper it was another generational XI, beating Xavi's Spain in the gold medal final.

So for Africa and African players, there's a history. A tradition. A drive to match - or better - what the likes of Kanu and Eto'o achieved. But such folklore doesn't do Solskjaer any good when he's scratching around for centre-halves ahead of a trip to Turf Moor.

So it won't be personal. It's football. Big time football. And for Bailly, it's a choice. A choice with consequences. He can't expect Solskjaer to wait for him. Particularly when he'll be off again over Christmas for AFCON. So he'll allow United to move on - and to move on without him.

“If you think you've got a divine right to be playing every game," declared Solskjaer towards the end of last season, "and are doing so well that we're not going to look for players to replace you, you're in the wrong place.

“We've always got to look at improving, and if they don't improve, we might have to look somewhere else to get better because we have to be better. We're too far away from where we need to be and want to be."

For his players, this was a warning from Solskjaer. For the United support, it was a promise. A promise of an imminent big-spending campaign - which we're now seeing come alive. Jadon Sancho, the almost former Borussia Dortmund winger, won't be United's sole addition in the coming months. Varane and the buzz coming out of Madrid is confirming that. Indeed, by the time he returns from Tokyo, Bailly may find himself fifth in Solskjaer's pecking order of centre-halves. And just as soon as the penny will have dropped, he'll be off again for Cameroon and AFCON.

As will be fellow Ivorian Amad. Different circumstances. A different situation, sure. But again, these choices have consequences. Sancho's arrival making the path to the first team all the more crowded. And while Amad is away in Japan, that crowd could include Facundo Pellistri.

United have already postponed scheduled talks with Alaves regarding extending Pellistri's loan for another season. The LaLiga outfit had been counting on a decision from Solskjaer three weeks ago.

At Alaves, the door remains - enthusiastically - open. But with Amad now committed to Tokyo, Pellistri could find himself with an opportunity to jump ahead of his fellow teenage winger. Six months of LaLiga football under his belt. A full preseason under Solskjaer. Amad may be handing the Uruguayan a free run at the first team.

Of course, Amad isn't Bailly. And he does have time on his side. But you only need listen to Watford's new signing Ashley Fletcher about how the smallest opening can make-or-break a career at Carrington to know these choices do have consequences.

Consequences which now lay in wait for Bailly. Preseason abandoned. A recovery period needed. Then a good month away over the New Year. Should United even bother registering him for the Premier League...?