Solskjaer warns goalscorer Greenwood: You can only be Man Utd No9 if...

New Liverpool midfielder Thiago: I can't do it out of respect to Klopp...

Aubameyang vs Maitland-Niles: Why Arsenal selling Ainsley is no football decision

COMMENT: A year ago they were the future. A midfield pairing to last a decade. But today? Today Arsenal aren't just hawking their French firebrand Matteo Guendouzi to all and sundry, but also are seeking takers for local hero Ainsley Maitland-Niles...

Guendouzi's situation is well storied. And after that holiday snap in the aftermath of his teammates' FA Cup triumph, you can understand why he's now being flogged across Europe.

But Maitland-Niles is a different topic. Local lad. Local hero. A young man willing to embrace the responsibility of being a role model in his community. One who saw his present and future as an Arsenal player. And one, as we mentioned, with the talent and potential to be talked about as a 10-year proposition for the Gunners.

Yet instead, Maitland-Niles has found himself the odd man out. Those wage cuts the players accepted - including Maitland-Niles - weren't only an exercise in futility for the staff who work among them, they also came up short in saving some of the players themselves.

As it stands, Maitland-Niles will be sold - and at a starting price of £30m. A decision not taken by manager Mikel Arteta, but those above him. The board arguing the club is in need of the cash given current circumstances. All that gaff about the new stadium bullet-proofing the club from future financial difficulties is really being laid bare this summer.

Indeed, such has been the handling of the club's coffers that essentially it's come down to a choice: Maitland-Niles or Pierre-Emerick Aubameyang? As it stands, the club cannot afford both. If Aubameyang is to get that new £250,000-a-week contract, he'll only do so by seeing one of his teammates sold. What a crazy - almost bankrupt - position to put your captain in. In football, perception can quickly develop into reality. And it can be perceived we're seeing the lad who enrolled at the Hale Academy as a 6-year-old sacrificed for the skipper and leading goalscorer. This is no football decision. Arsenal, with it's stadium, should never have found itself in such a position.

Certainly, the manager wasn't expecting this. Arteta, while he's had to pull the youngster aside in training at times, is a fan. The lack of intensity on the London Colney training pitches nothing that couldn't be fixed with a sharp revv-up from the manager.

Arteta rates Maitland-Niles - and highly. It's why he gave the 22 year-old a full 90 for the Wembley final. And it's why, as it stands, Maitland-Niles is being sold without the Basque's approval. 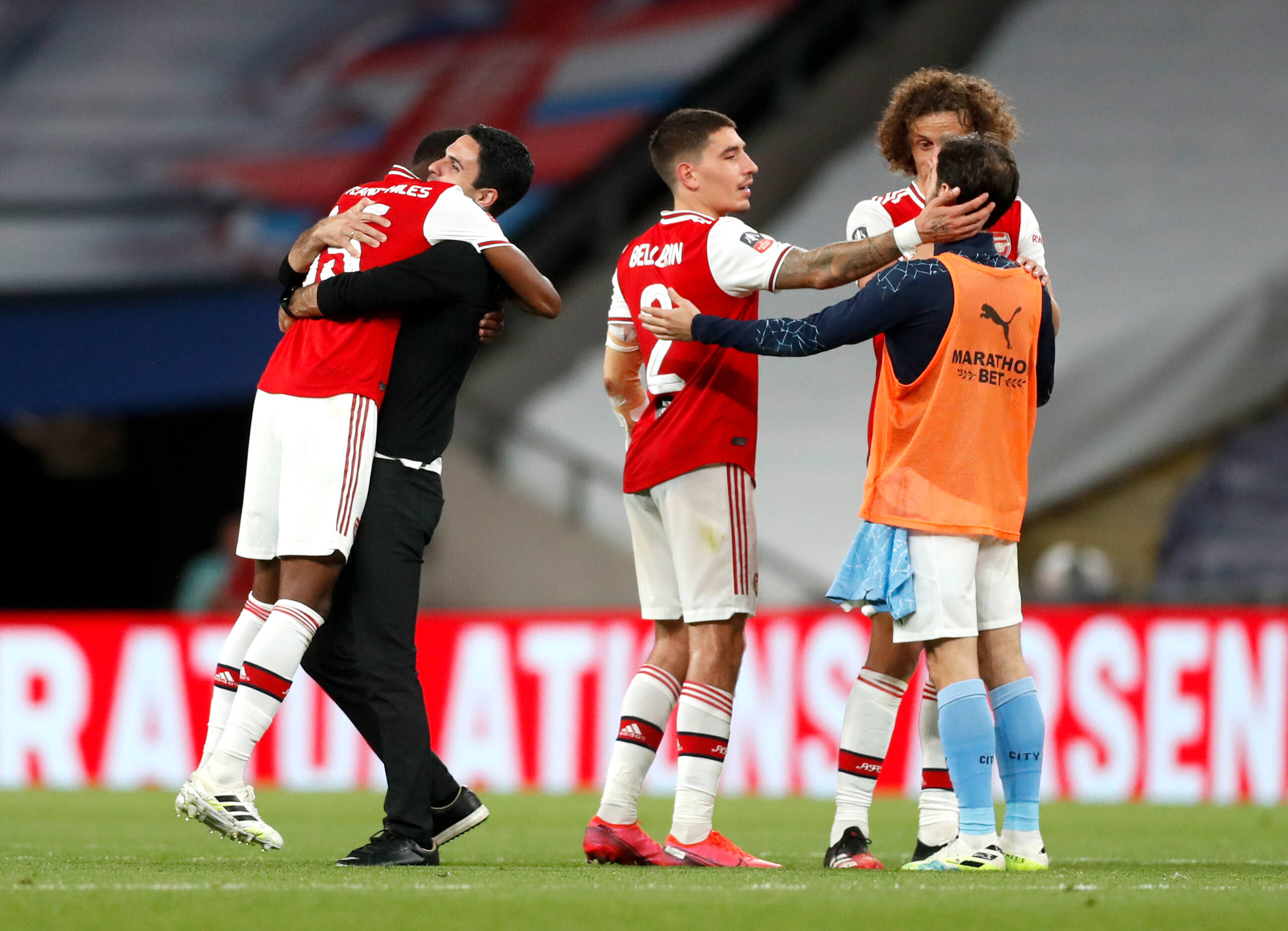 And it's why Arteta's peers spy a bargain. Even at 30 million quid - and in the current climate - the likes of Graham Potter at Brighton and Everton manager Carlo Ancelotti are putting together a strong case as to why such an outlay is actually a major markdown. They know what Maitland-Niles is capable of in the future. And that opinion is also shared by Jose Mourinho, where Tottenham are seriously considering a move to keep Maitland-Niles in North London.

Whether the young lad would agree to taking on such a burden is another issue. But it would be argued the decision was taken out of his hands. It's Arsenal who want to break this 16 year-old relationship, not him. And at Spurs, as this column has been told, Maitland-Niles would be given the opportunity to establish himself in his preferred central midfield role.

A source close to Mourinho, though not active in the day-to-day life at Spurs Lodge, has told us the Tottenham manager "could move for Maitland-Niles so to sit him in midfield. This would allow Eric Dier to drop back to centre-half - which is where Jose truly wants him playing". There's still a lot of obstacles to navigate before we see Maitland-Niles pulling on a Lilywhite shirt, but there's embers definitely smouldering around all that smoke...

The chance to bed himself down as a central midfielder will be attractive to Maitland-Niles. Everyone inside London Colney recognises the sacrifice he's made being played at fullback or on a flank as a Gunners first teamer. They know he regards himself as a central midfielder - and many believe we won't see him at his best until he gets that chance.

Indeed, former Arsenal teammate Cohen Bramall, now of Colchester, told Tribalfootball.com earlier this year: "Ainsley has done really well playing out of position because he is very versatile, but he is not a right-back he is a centre midfielder.

"When people see him there they will see a new side to him and I hope he gets that chance."

And that "chance" is now likely to be away from Arsenal. But this is no football decision. The manager wants him around. His captain also. A 10-year prospect - or so they said...

Someone else is about to benefit from the talent and potential of Ainsley Maitland-Niles.