Ask Claude! Why selling Kante must be off the table at Chelsea

COMMENT: If Frank Lampard wants to know the ramifications of allowing N'Golo Kante to be sold, the Chelsea manager need only get up from his desk and cross the corridor at his Cobham office...

It's seventeen years now. Seventeen years since Roman Abramovich took advantage of a personal blow-up between Florentino Perez, the Real Madrid president, and Claude Makelele. The Chelsea owner acted decisively. Rejecting claims from a Madrid press sympathetic to Florentino, the Russian leaned on his own advisors, including Piet de Visser, and prised Makelele away.

The wrong side of 30, apparently Makelele's best days were behind him. Raul argued against the sale. Zinedine Zidane too. But Perez was happy to let the Frenchman leave accompanied with the parting shot: "He wasn't a header of the ball and he rarely passed the ball more than three metres.

"Younger players will arrive who will cause Makelele to be forgotten."

And today? Well, today they still raise Makelele as arguably the biggest blunder of Florentino's two reigns as president. Carlos Queiroz, Real coach at the time, would later brand it a "mortal sin".

Makelele didn't join Claudio Ranieri's Chelsea for a career swansong. He reinvited the game in England. Introduced the 'sitter' to Premier League midfields and made the position his own - the 'Makelele role'. He'd win two League titles with the Blues. Three Cups. And make a FIFA World XI in 2005 - at the age of 32. No-one, not in England nor Spain, forgot about Claude Makelele after Madrid.

So why the history lesson? Well, we can see it repeating. Only the situation has reversed. This time it's Chelsea and Abramovich who are prepared to allow their most influential midfielder to leave. And - as typically only football can - the opportunity is there for Real and Florentino to right the wrongs of 2003.

For the moment, Lampard has kept his own counsel. But agents' chatter, particularly amongst Italian intermediaries, suggest there is hope of Chelsea being prepared to part with their 29 year-old World Cup winner. After a summer spend of over £200m and with plans for a new goalkeeper and a ball-winning midfielder - independent of what happens with Kante - agents are convinced something at Chelsea has to give. And that could mean Kante being cashed in.

Pure cash. That's the word going around Europe today. If Florentino wants Kante. If Antonio Conte, the former Chelsea manager, fancies a reunion at Inter Milan. They'll have to come up with at least €50m. Sounds hefty in the current market. But 40 million quid for Kante? You know Lampard and Abramovich are going to be asked the question before this window slams shut. 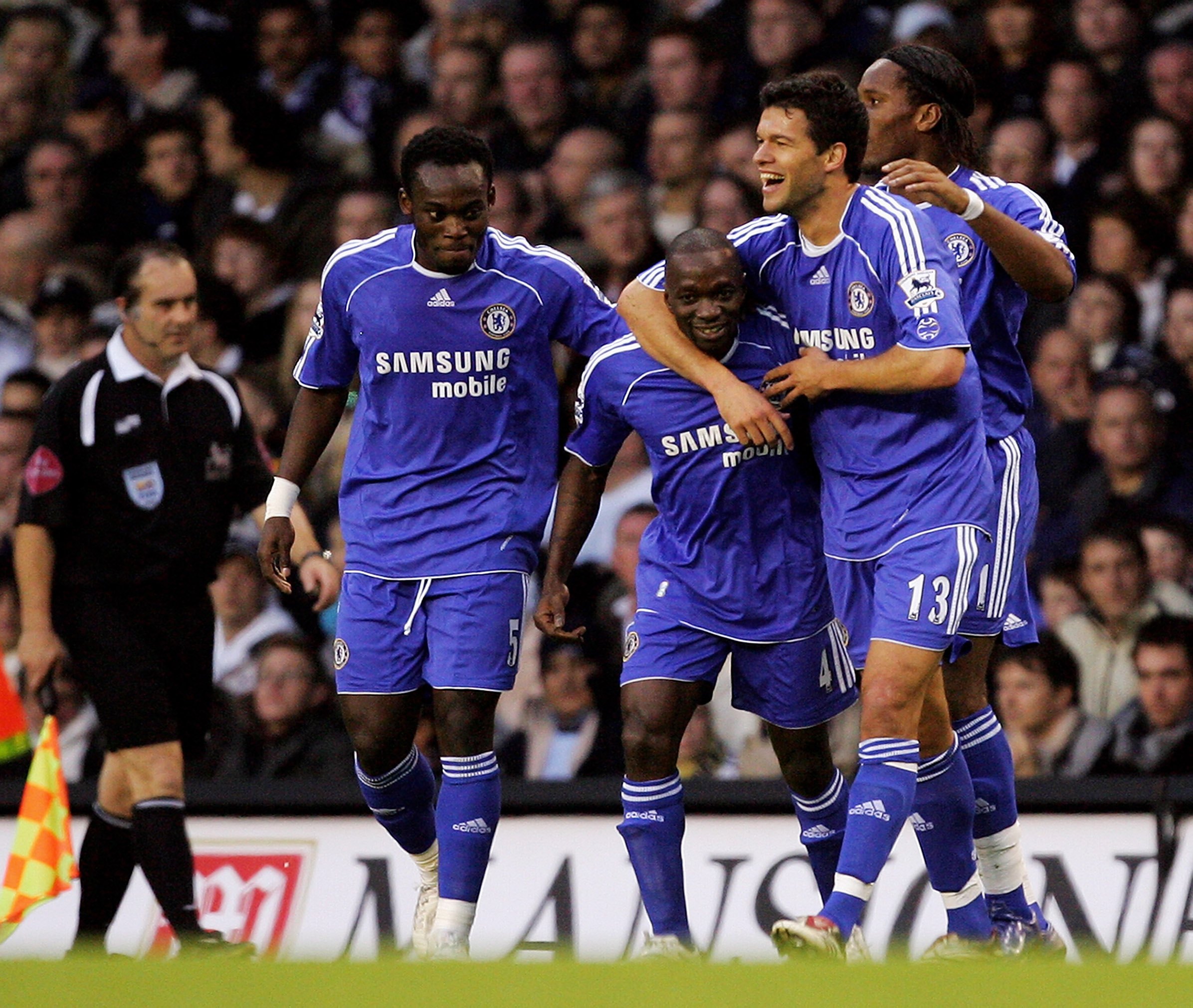 Makelele swamped by teammates after scoring against Tottenham in 2006

For the manager, as we mentioned, he need only cross the corridor at Cobham's training HQ for a reminder of what could happen if he guesses wrong. Makelele is now back with the club. After a spell coaching in Belgium, the Frenchman was tempted back to London with an offer of taking charge of Chelsea's extensive loan programme. Something he has embraced with relish. The legacy of that 30-something midfield transfer all those years ago is still being felt at Stamford Bridge today.

"People talk about the Makelele position, but I am old and it is time everybody called it the Kante position. N'Golo deserves that," Makelele has said of his compatriot. "Some players are meant to be superstars, but some - like N'Golo and myself - must be happy making other people look good."

You never know what you have 'til it's gone. It's a cliché for a reason. Florentino knows it. He's known it for 17 years. The Real president took Makelele for granted. He indulged in his own hubris instead of listening to the football men around him.

Now Lampard isn't doing the same. But there is a belief - just quietly - that Chelsea can afford to move forward without Kante. A top four finish. A run to the FA Cup final. All achieved with Kante enduring an injury-hit season. There are some inside the club convinced the Lampard era doesn't need the Frenchman around.

A mistake? Oh yeah. And one, if acted upon, will set Chelsea back years. Kante is no Makelele. He's a different type of midfielder. More mobile. More energetic. Kante's strength is being able to cover every blade of grass. Winning the ball. Keeping it simple. Though without the control of Makelele when in possession. But both of games are (and were) influential - hugely so - on Chelsea's playing system.

"He has been bothered with a lot of injuries," said France coach Didier Deschamps this week after Kante's performance in victory over Sweden. "Tonight he was impressive in terms of strength, aggressiveness. He has above average athletic characteristics. Even without being 100%, he is above the norm.

"Despite the injuries, he never thought twice about a challenge. As always, his transitions were excellent."

In other words, win and give it. That's Kante's game. And he performs it like no other player on the planet. As Deschamps said, even when not 100 per cent, France - the world champions - cannot afford to leave him out.

And this should be the prevailing attitude at Chelsea. If a sale or two must be made to balance the ledger, cashing in on Kante must be off the table. He's an asset. A unique player. And one who would walk into any team in Europe and immediately improve them.

If they're still undecided, Lampard and Abramovich need only ask Florentino. Better yet, the manager can take a stroll down the corridor and ask a certain staff member his opinion of Kante and his influence on this new Chelsea team.