COMMENT: Hang on. This isn't supposed to happen. At least, not at Arsenal. Pierre-Emerick Aubameyang... his new contract... what happened to going the same way as Alexis, Cesc and RVP...?

Arsenal aren't supposed to keep their best players. At least, not the ones still boasting some mileage. But this week Aubameyang has bucked the trend. Or better yet, Mikel Arteta, the manager - this manager - has stopped the bleeding.

For Arsenal, this is seismic. A watershed. For the first time in a decade - arguably for this century - the club hasn't seen one of their best skip out on them for something better. And Aubameyang had his chance - and by the multiple.

The to-ing and fro-ing between Barcelona and Inter Milan over Lautaro Martinez had both clubs expressing interest in the Gunners captain as an alternative - and this was only weeks ago. Manchester United made their enquiry over Christmas. Real Madrid took a close look. As did PSG. Basically, with his contract running down, but his form being kept up, Aubameyang attracted soundings from almost every major club across Europe.

Indeed, the player - and his favoured suitor - held all the cards. If Arteta couldn't convince him. If the plans of Arsenal were non-persuasive. Aubameyang could've sat on his previous deal and named his own price ahead of entering a pre-contract with a rival from January 1.

At 31 and at the height of his game, Aubameyang knew the stakes were high. Indeed his whole family knew. For all his laid back, happy-go-lucky persona, Aubameyang is a serious, serious pro. This would be the last major contract of his career. He had to get it right. Dad Pierre-Francois, an 80-cap Gabon international, let us all know - including those at the other end of the negotiating table - that his son wouldn't be taken for a mug.

In late July, Aubameyang Snr posted to social media: "For the rest of your career, we have to make the right decision, there's a lot of talk in the press, they don't know that we are Bantus and that there is a hierarchy.

"The decision is taken after the advice of the sage who is your father.

"We will be settled very quickly, sleep easy my son, your father is watching over the grain..." 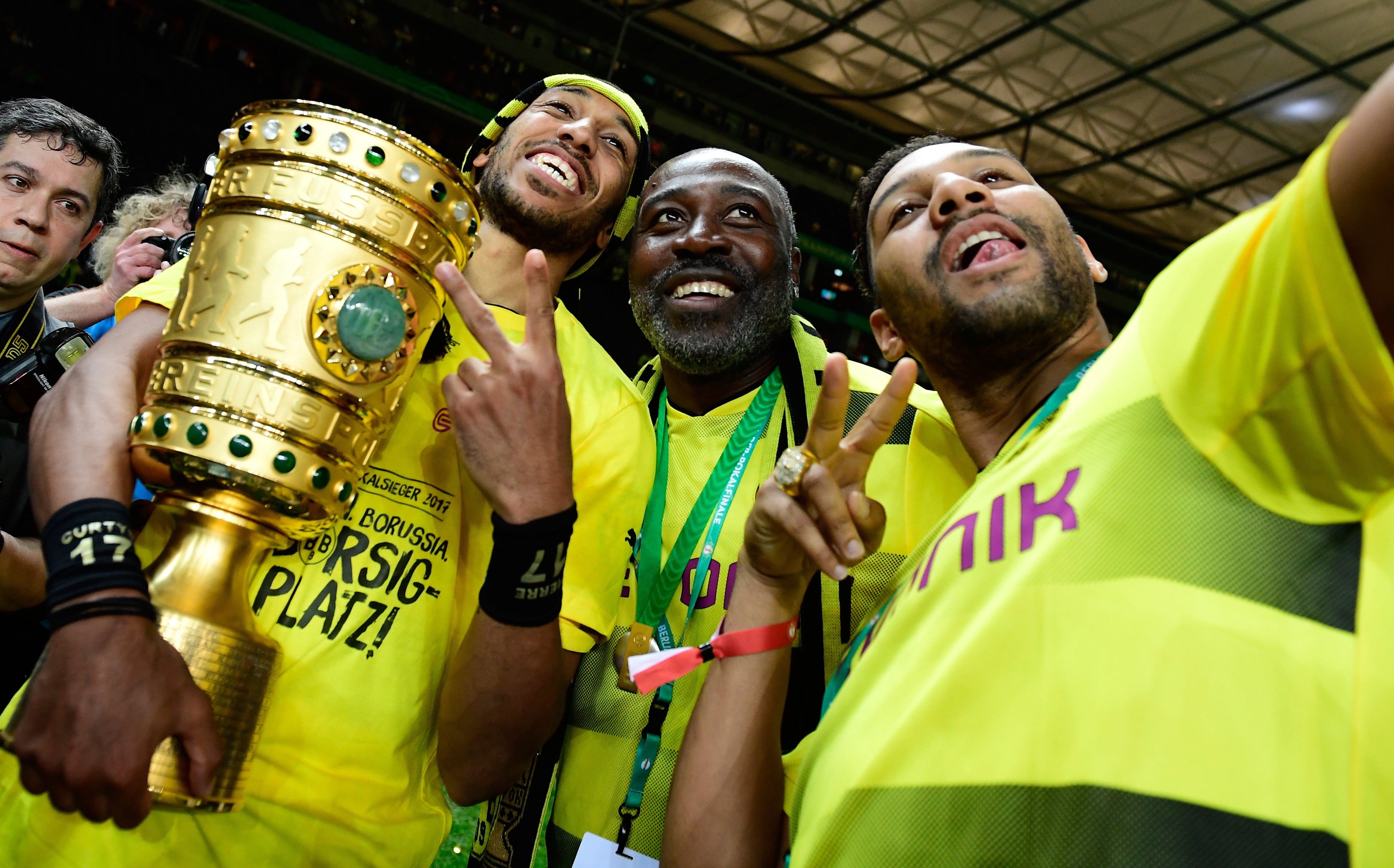 So the terms were set. This next contract would be the defining one of Aubameyang's career. And at the time, it did appear it was almost a farewell warning to the Gunners.

But instead, Aubameyang put pen to paper. A new three-year deal is now locked away in the family safe, committing him to the age of 34. Effectively tying the captain to the club for the best remaining years of his career. A commitment with no guarantee of Champions League football. Of one to a team still in a major rebuilding phase. And in a summer market where - yet again - the manager is having to sell to fund his own transfer plans.

Arsenal are no Manchester City. Nor Barcelona. There's no guarantees these days inside London Colney. Yet Aubameyang still inked terms. A process representing a clear triumph - and endorsement - of his rookie manager.

The triumph offers Arteta some respite. He can now plan without the headache of needing to find a replacement for his leading goalscorer. A task which would be near impossible given the current market and the reluctance of Stan Kroenke, the club's owner, to offer any type of personal assistance. But that issue is now off the agenda. Arteta can turn his focus to other positions and dilemmas which need addressing.

And helping him along the way will be Aubameyang's commitment. The contract signing a very public endorsement of Arteta's work over these past ten months. Indeed, remove the manager from the equation and what would be keeping Aubameyang around? A charismatic, committed board? A leadership with proven ambitions? Could anyone above the manager have convinced their captain to stay as Arteta has?

The answer is no, clearly. And with such an endorsement, Arteta can now lean on Aubameyang's presence to convince others to follow the likes of Willian and Gabriel to London Colney. A first trophy in three years proved at Arsenal there can be success after Arsene Wenger. The promise offered from their Community Shield triumph over Liverpool further confirmed the team's momentum.

But more than any piece of silverware, convincing Aubameyang to sign terms is a landmark in Arteta's burgeoning managerial career. The club's best player. It's most coveted. One who could walk into most teams across Europe. He's confident his ambitions can be met by working with Arteta.

And those ambitions now include a "legacy". A suggestion put forward by Arteta which gave Aubameyang pause for thought: “He was straight and honest, and that's what I like because we are always honest. He said, 'Okay, you can maybe leave. I don't know what your mind is [thinking] right now, but you can leave and go for trophies at other clubs or you can stay here and have a legacy. This, for me, was the key word."

A key in negotiations. And one which those whom went before him never gave themselves a chance to fulfil. Alexis Sanchez. Cesc Fabregas. Even Robin van Persie. Their relationship with Arsenal and their fans forever fractured. A chance of a "legacy" blown away.

But Arteta knew where to prod his captain. To have him think beyond a short-term fix. And with that he convinced Aubameyang to stay. A decision only a minority could see happening. After all this is Arsenal, their best players always eventually leave...